You are here: Home / Featured / The Tufts Cove cleanup could take as long as three months 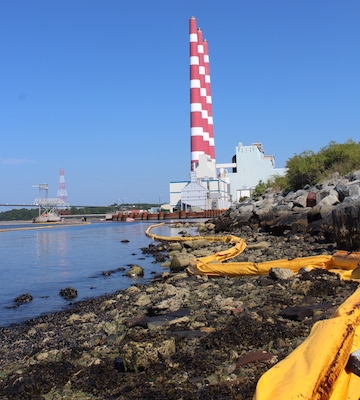 “MFR Oil Response is one of the companies contracted by Nova Scotia Power to do the cleanup work [at the site of the Tufts Cove oil spill],” reports Anjuli Patil for the CBC:

Mark Ring, the company’s president, said he’s looking to hire more people to do manual labour at the site.

No special skills are needed, but those applying must be at least 16 and be physically able and immediately available to do the work.

The pay works out to be $16.50 per hour and workers will be needed five days a week for the next one to three months.

I guess $16.50/hour is better than working at the Sackville Sports Stadium, but it ain’t exactly a living wage.

MFR Oil Response posted job offerings on a closed Facebook group page for Syrian refugees. The hours are 7am-7pm — five days a week for the next one to three months — “with all appropriate lunch and other breaks” and the work is described as “not a ‘dirty’ job — it mostly involves moving things around.”

Patil uncritically parrots Nova Scotia Power’s claim that “five thousand litres of oil leaked into Halifax harbour Aug. 2,” without noting that that estimate comes from an unnamed contractor and has not been verified by any government agency or even by NSP. No one knows the actual size of the spill, or if they know, they’re not saying.

Just before 10:30 this morning [Wednesday], Halifax District RCMP responded to a 2-vehicle collision on Highway 103 in Upper Tantallon. The collision involved two vehicles travelling in opposite directions. Both drivers were transported to hospital by EHS with non-life threatening injuries. A female passenger in one of the vehicles was transported by EHS to hospital where she was pronounced deceased.

All highway deaths are horrible, but this scene must have been exceptionally difficult as the highway was closed through the evening rush hour and wasn’t reopened until about 8pm. 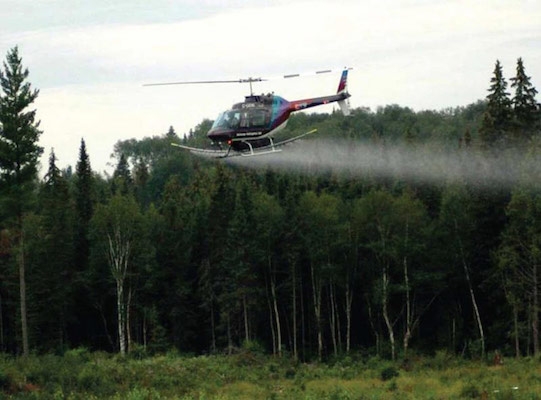 Last Friday, the Department of Environment announced that it had approved six new applications for “pesticide spraying,” over 1,351 hectares. The news release doesn’t name the pesticides to be used, but one of the applications lists it as Vision Max, which is an herbicide whose active ingredient is Glyphosate.

Last summer similar glyphosate applications were controversial, with many residents of rural Nova Scotia worried about unwanted effects on their own health and the forests’ ecosystem.

These concerns were shrugged off by the department, and the forestry companies who stand to benefit from the spraying programs. Scientists are divided on whether the herbicide is safe and many of its long term effects on woodlands, soils and animals remain unknown.

StarMetro Halifax reporter Yvette d’Entremont spoke with Jonethan Brigley, who says he’s being hassled on buses for using one of the new passes for people on social assistance:

“One [passenger] asked me, ‘Is that a new pass?’ I said it was a special pass, and they said, ‘Oh, it’s the ones from social assistance,’ and so the whole thing of being on social assistance comes up. And the fact is, they see me in my uniform, a black shirt with the company name on it, they see me, a working person, on assistance, and then it basically is like fuel for fire.”

Although he works full time during the school year and part time throughout the summer, Brigley’s income is low enough that he and his partner qualify for income assistance.

Brigley said he’s getting “everything from ‘I should get a better job,’ that ‘I shouldn’t be working and getting assistance’ — the whole stigma of people who are too lazy to fully work and rely on income assistance to pay for everything.”

It’s telling that a full-time worker makes so little in salary that he qualifies for social assistance. We’ve got serious wage problems in Halifax.

Update: It should be noted that Jonethan Brigley is a member of Nova Scotia ACORN. 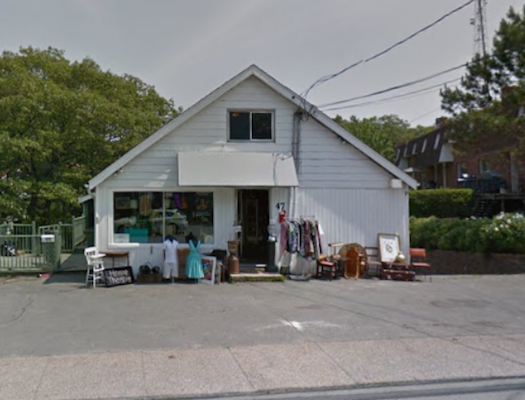 John and Panagiota Trihopoylos, the principals of Olympus Properties, have appealed an HRM Development Officer’s decision to the UARB.

The Trihopoyloses are leasing a property at 47 Williams Lake Road to Shannon Boland and Sheldon Musseau, who own One Day Affair Wedding Decor Design, which describes its business operations as follows:

The business is in a one-and-a-half-storey building between a single family home and a small apartment building on the south side of Williams Lake Road. The property is zoned RC-1 (Neighbourhood Commercial) under the Halifax Mainland Land Use Bylaw, and is more specifically located in the “Mainland South Secondary Area”; in May, Development Officer Andrew Faulkner pointed to Section 34AA(1) of that bylaw, which reads:

The following uses shall be permitted in the RC-1 Zone: a grocery store, drug store, Laundromat, dry cleaners, tailor, dressmaker, beauty shop or barber shop in the “Mainland South Area”

In a letter to Shannon Boland, Faulkner wrote that “The application [for a permit to operate the business at that location] states the proposed business will be for wedding decor and design; therefore, [the application] must be refused given the use is not permitted under the RC-1 (Neighbourhood Commercial) Zone of the Halifax Mainland Land Use Bylaw.” (Bold and underline in the original.)

In their appeal to the UARB, the Trihopoyloses note that:

The zoning for this property is over 40 years old, and has not been updated. The business, which is wedding decor and design, is a retail store front which should be allowed at the property. It is a great addition to the community, and serves both the immediate area and customers from outside as well.

Their consultant, Jenifer Tsang, further argues that “The development officer’s decision does not comply with the land use by-law because it does not recognize that the land use on the property includes tailoring and dressmaking, which are permitted uses in the zone.”

A hearing date hasn’t yet been scheduled.