Nova Star, the company that operates the Yarmouth ferry, has made a Groupon offer to potential customers, reports Brett Ruskin:

The online coupon service will offer a 30 to 60 per cent discount off regular fares.

The coupon’s description states: “On arrival in port, at 8 a.m., all passengers will be required to briefly disembark and go through Canadian customs, before immediately returning to the ship for a 9:30 a.m. departure and the 10-hour return voyage back to Portland.”

Clearly the coupon is intended for customers who see the voyage as a cruise and not as part of a larger transportation link, and if those customers can help underwrite the cost of the service, so much the better for the company.

But as Ruskin points out:

The Nova Scotia government has provided $28.5 million to Nova Star Cruises since its inception. The ferry has been touted as a way to attract American tourists, with the hope they’ll explore the province and invest in local economies.

He goes on to speak with Yarmouth mayor Pam Mood, who tells him, “You know, if they can stay 90 minutes in our community and say ‘Wow, this is great!’ then they’ll come back…We’ll take the 90 minutes. People are stepping up, setting up little businesses.”

Who are we kidding here? After waiting in the customs line for, what, 20 minutes? and taking pictures of the abounding quaintness that is Canada (I wonder if they have a Mountie and a stuffed moose on the waterfront), the tourist will have something like 35 minutes to take in the town before heading back to the boat. That’s enough time to maybe grab a Beavertail, but then you’ve got to find a washroom to clean the mess off your hands. 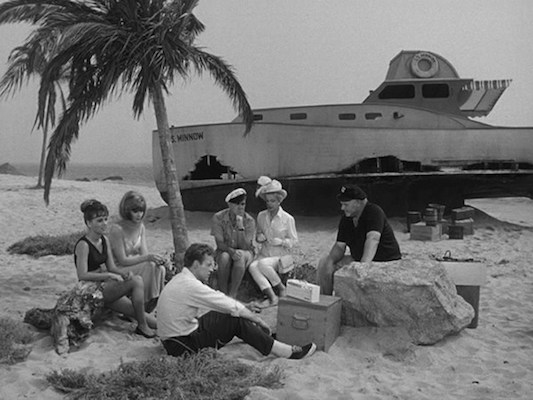 The bridge commission has sensibly rerouted the shuttle that will ferry people across the bridge when the pedestrian and bike lanes are taken off the Macdonald Bridge. The initial plan called for dropping off and picking up passengers at the sewage treatment plant in Halifax, a dark, forlorn place in the middle of nowhere and at the bottom of the hill. The revised plan will have the bus stop on North Street, just west of the entrance to Stadacona.

The plans remain the same for the Dartmouth stop, which is at the old NSLC Bridge store. Bicyclists are happy with that locale, but I still maintain it sucks for the majority of pedestrians, who will have to walk through a couple of empty and often-sketchy blocks to catch the bus. The bus should stop in the bridge commission parking lot, which is well-lit and closer to where people have to actually walk.

The release included this Google Street View photo of the site of the Halifax stop: 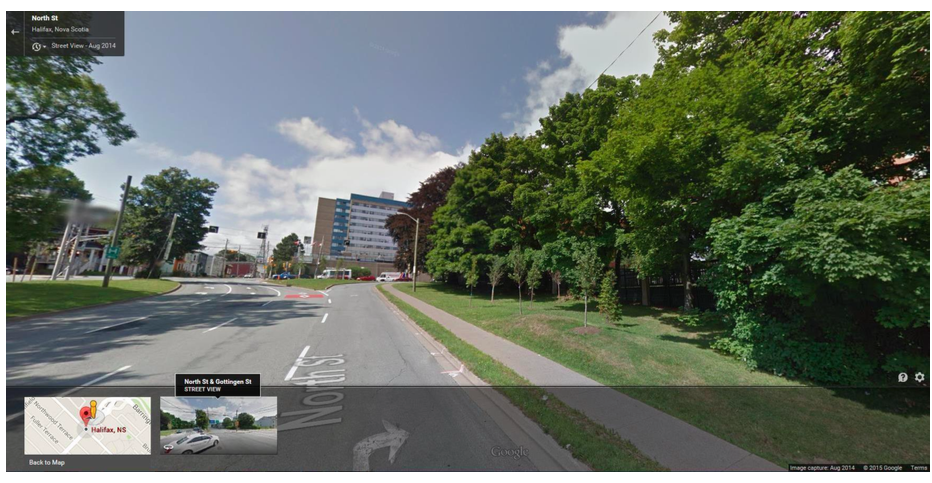 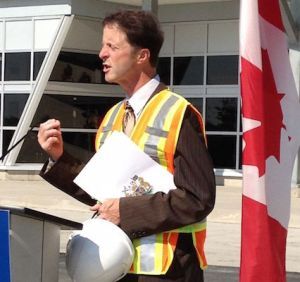 Bud Massey, the top elected official in Westlock County, Alberta, told Metro’s Haley Ryan that he’s a big fan of Peter Kelly. “He’s a visionary,” Massey said of Kelly. “He’s leading us in places we have never even considered going before.” If Kelly actually did come back to Halifax to run for mayor, said Massey, “I would take a leave of absence and come and campaign for him.”

This is all great fun, but sooner or later that NSCAD student is going to graduate or get kicked out for shooting up in the washrooms, and the “Draft Peter Kelly” art project will come crashing down.

The Community Carrot Co-op has started a Community Economic Development Investment Fund (CEDIF). One invests in such ventures not so much to make money (just ask Seaport Market investors) but to help the organization along.

Waterfront Development is going to put a composting toilet and floating dock on McNabs Island. There’s no tender document connected to the offer, so I don’t know if this is to replace the one that was stolen earlier this year, or if this is a new one for somewhere else on the island. 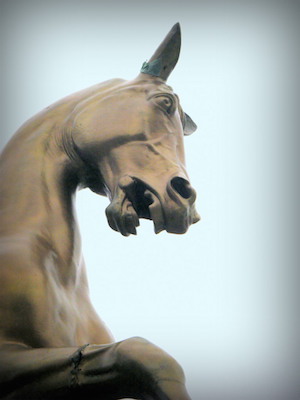 Yesterday, I mentioned the Milton horse fountain in Yarmouth, which prompted Stephen Archibald to write an entire post about it and another fountain — Yarmouth has two horse fountains! — explaining that the 1890s:

…was a time when humane societies were concerned about the treatment of work horses. The troughs also provided low water basins for dogs and usually a water spout for people. Temperance groups were fans of these water troughs because without public water sources, a thirsty person might be tempted to wet their whistle in a bar.

Not sure about that last piece, but we got some cool fountains out of it, so OK. 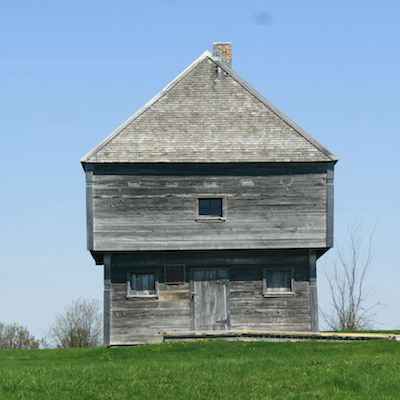 In his refreshingly terse style, Peter Ziobrowski has a post up about blockhouses:

The blockhouse was the basic British defensive position. Hundreds of them were built in Canada, and Halifax’s early defenses  consisted of numerous blockhouses. A series of 3 defended the peninsula from the mainland (approximately along the modern Joseph Howe Drive). The original fort at the Citadel was a blockhouse, and others were located at the Dockyard, Dartmouth Cove, and in Sackville. Blockhouses were also built in Lawrencetown and Lunenburg.

Ziobrowski finds and visits the oldest surviving blockhouse in Canada, in Windsor. That’s a picture of it above.

David Jones will give a lecture on the history of the Sawmill River, 7pm tonight at the Christ Church Parish Hall, as part of the Dartmouth Heritage Museum Society’s Annual General Meeting.

Speaking of which, Doug Conrad, of the Shubenacadie Canal Commission, posted this video of the 1971 Dartmouth flood, when the Sawmill jumped its banks and ran roughshod over the town:

Besides the flood itself, which is something amazing, I was struck by all the people in downtown Dartmouth. The town was really hopping, back in the day.

I somehow missed it when it was originally published, but back in April Stephen Kimber published a worthy piece in Atlantic Business magazine headlined “Corporate charity: why it’s a bad thing.”

The fire and brimstone coming out of Halifax reporters and politicians in regards to the fate of Cowan-Dewar as chair of the Nova Scotia Tourism Agency is downright depressing. I’ll not go on about the success of the golf courses in the area and what it has done to Inverness and the county. I won’t go on about the foreign dollars it brings to Nova Scotia, as many have explained that in the past.

I will go on about Nova Scotian bureaucracy’s love of lockstep thought with a xenophobic drift when it comes to having this gentleman, whom I have never met, chair a tourism agency on our behalf, at no cost no less. What a profound curse we possess, thinking that there is only one right way to do something, that somehow the customs of our tribe are the laws of nature. Every time I drive by I am flabbergasted at the transformation of a stretch of treeless, cold, unusable land where my mother used to drag me to pick cranberries (what a ball that was; the most vile and useless berry known to man) into such a world class tourist attraction.

Don’t let this typical Nova Scotian virus grow any further. Talent should be held sacred in these ventures, against a narrow and futile form of xenophobia. Here’s Inverness county moving forward in pursuit of something that works beyond anything I thought possible, while others take a degree of pride in walking backwards. We need new ideas and vision, not tribal loyalty.

Jesus said, “We were all foreigners in the land of Egypt,” and He might as well have kept His vision there because He’d be ineligible to chair the last supper in Nova Scotia.

Audit & Finance (10am, City Hall)—there are a few interesting items on the agenda, including the next step in council’s efforts to expand fees charged to developers (“capital cost contributions”), the ramped-up conversion of streetlights to LED lights and two auditor general reports — one on council and management expense reports, and a review of the oil spill at Halifax Transit last year. I’ll be there. 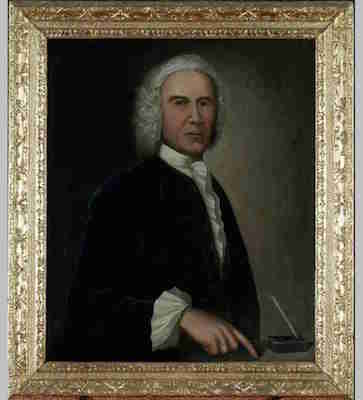 Something like democracy came to Nova Scotia by royal decree, ironically. Photo is of the painting of Charles Lawrence at Province House.

On this date in 1758,  Governor Charles Lawrence issued a proclamation that called for an election of representatives to sit in Nova Scotia’s first General Assembly. Just a few years before, Lawrence had ordered the expulsion of the Acadians, so so much for “democracy,” ya know? Lawrence is buried under St. John’s Church.

The cruise ship Disney Magic stops at Pier 22 today. This ship seems to attract attention. Just Saturday, the US Coast Guard had to evacuate a 29-year-old passenger with a broken hip and leg injury while the Magic was sailing off South Carolina.

Earlier this year, the Oasis of the Seas (which also stops in Halifax) was sailing to Cozumel, Mexico. Eight miles out from the port, a passenger named Frank Jade was walking up to the deck of the ship when a “large wave” swept him away. The crew of the Oasis didn’t even know Jade had fallen overboard, and he was bobbing in the ocean for an hour or so, thinking he was going to die. Miraculously, however, the Magic was sailing the same route somewhat behind the Oasis, happened upon Jade and managed to rescue him.

Back in 2012, People Magazine (the British version) reported that “wild parties and casual sex were the norm” for crew members of the Magic:

Up on deck families were frolicking with Mickey Mouse on a Disney sunshine cruise.

But down below members of their crew were enjoy themselves in a different way – snorting white ­powder in their cabins.

Entertainers who delight young kiddies and their parents, ­restaurant waiters and show ­dancers hoovered up what ­appeared to be cocaine.

And they even used their Disney staff ID cards to chop up lines.

A crew member told People that:

It’s all very family-friendly. On deck, you have people in Mickey Mouse and Donald Duck outfits performing tricks. But downstairs, staff are sniffing coke. So many people are doing it, it’s an open secret. People even do it during their shift. Staff work very long hours and it’s their only release.

We’d go to whorehouses when we were docked.

Or if we were at sea we would have wild parties in the ­cabins. You’d just lock the door and a few people would be sniffing ­almost straight away. Crew would all be sleeping with each other too. Girls never said no when they were high – it was wild.

Somehow I’ve never made it to Yarmouth. I’ve been close — Shelburne on the one side, Westport on the other — but never to Yarmouth itself. I should go down and look at those horse fountains and the hurried American tourists.