You are here: Home / Featured / The Spring Garden Road screw-up isn’t about bad drivers; it’s a failure in design

1. Familial violence and the mass murders

As well, two people are scheduled to testify: Brenda Forbes on Tuesday, and Lisa Banfield all day on Friday.

There are additionally several panel discussions with various academics and experts on family violence as related to mass murders.

I spent the entire weekend reading documents the commission will soon release publicly, and while I can’t say what’s in those documents until they are tabled, I can say now that much of this material is quite disturbing. Some readers may want to avoid our reporting.

But it’s important to delve into these issues. The vast majority of people affected by inter-generational violence don’t end up murdering lots of people, but they often continue the cycle of violence in other ways.

I’ve said before that I think war never ends — each of us now, today, are shaped psychologically and socially by wars that have long been forgotten or left out of the historical record, as one generation’s injuries are passed on to the next and the next and next. Certainly, this is the case with familial violence, as children learn to incorporate violence as an accepted or normalized emotional response.

No one wants to excuse or explain away the horrific actions of the mass murderer, but understanding why he became who he was will help us address lots of other injured people who are harming the world in less spectacular ways. 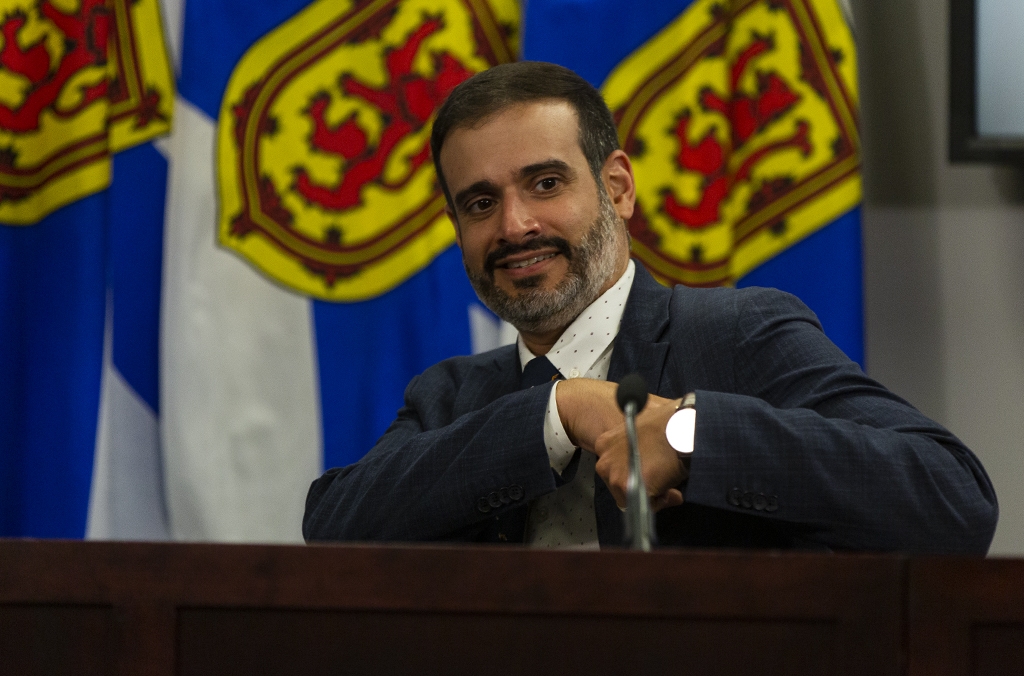 The Nova Scotia Liberal Party has selected Zach Churchill as its new leader.

Churchill evidently shaved for the occasion, so all our file photos are out of date. 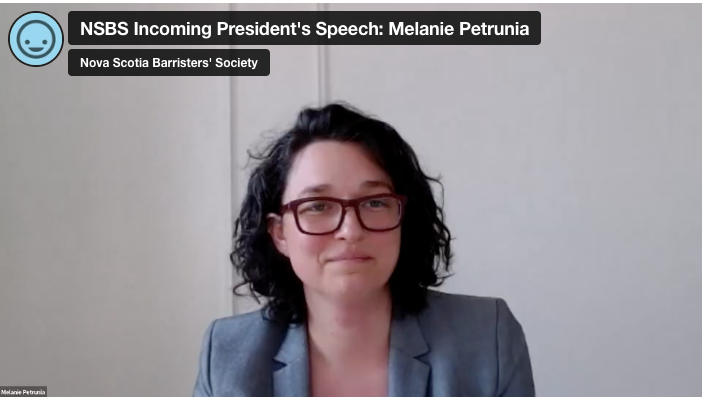 “In last week’s column about the annual meeting of the Nova Scotia Barristers’ Society — “NS Bar Society: Another Day, Another Racism Investigation” — I highlighted criticism of a talk by the society’s incoming president, Melanie Petrunia,” writes Stephen Kimber:

I quoted from an email by Linda Wood, a lawyer with Burchell MacDougal who is also a member of the bar society’s racial equity committee and chair of its subcommittee on “consultation policy and respectful conduct policy.”

In her email, which was shared with me by someone else, Wood claimed Petrunia had described the society’s policy on equity, diversity and inclusion (EDI) as…

… the elephant in the room… and compared EDI to a ‘tidal wave’ (implying said tidal wave can destroy NSBS)… I wasn’t expecting the best-case scenario; I expected to hear platitudes, vague generalizations and promises along the lines of: ‘we are facing significant challenges and we are taking steps to deal with them’. However, I was floored when instead the new NSBS president named EDI as the “elephant in the room” and the ‘tidal wave’ that could take down NSBS.

While I was writing that column, I checked the barristers’ society’s website in search of the actual text of Petrunia’s speech.

Since the column appeared, however, the society has uploaded the video of her “The Year Ahead” talk.

And it puts — to my mind at least — a different spin on her remarks.

Kimber provides a breakdown of Petrunia’s remarkable career and her remarks.

Click here to read “Of elephants and tidal waves and the future of the bar society.” 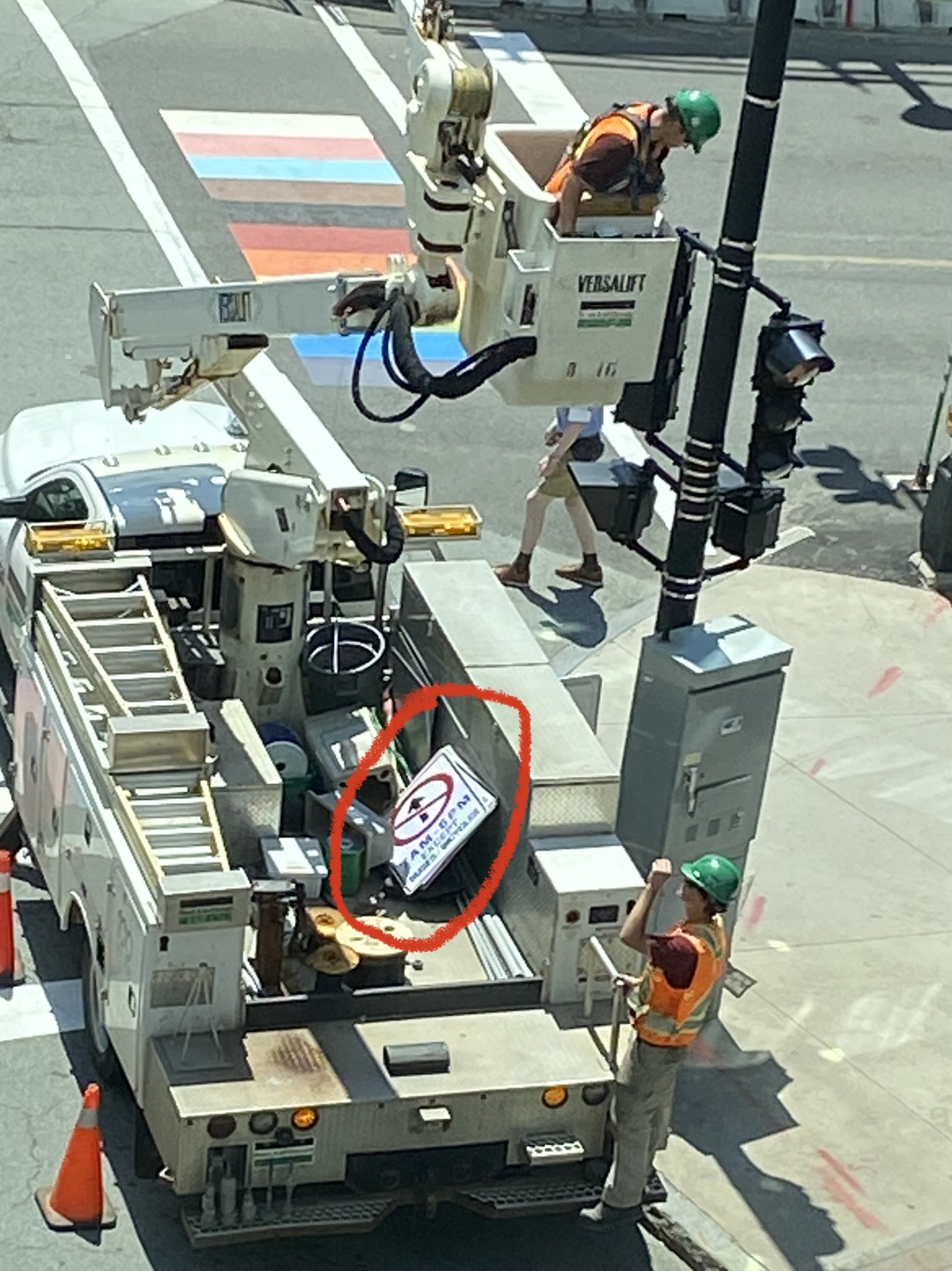 The “bus only” signs were removed from Spring Garden Road on Friday. Photo: Twitter/ @RBCCraigBannon

I was on the #1 bus Friday as it travelled through the “bus and bikes only” section of Spring Garden Road. The roadway was full of cars. “It’s not evident that *any* drivers are respecting the new SGR restrictions,” I tweeted.

The Halifax Regional Municipality is advising residents that the Spring Garden Road Bus-only Pilot will be paused on Friday, July 8 until further notice.

The municipality intends to re-evaluate the current traffic control measures to recommend alternative methods to communicate and enforce the pilot initiative.

There’s a lot of anger and finger-pointing and gnashing of teeth, but at heart, this is not about bad drivers or people ignoring the rules, but rather a design failure.

If you have to use signs to get people to do “the right thing,” you’ve already failed. Same goes for “enforcement” — if you need a cop, you’re doing it wrong.

(Relatedly, back in 2017, I spent an entire morning ranting about “Norman doors” and those damn wave-your-hand-here bus doors, which are similar design flaws.)

Consider Argyle Street, which for all its many flaws (permanent patio shade, wind tunnel, assholes in suits), is designed effectively to keep out most cars. For one, there’s a change in the texture and colour of the roadway, which causes any driver thinking of turning onto the street to pause and consider, “wait, what’s going on here?” For another, there’s usually a physical barrier across much of the street — delivery drivers and cabbies can slip around the barrier, but it’s a conscious decision to do so.

Back on Spring Garden Road, the “bus only” limitation was initially announced via a couple of two-foot high signs attached to the bars holding the traffic lights at either end of the road. No one reads those signs. A week into the failure, the city erected giant temporary street signs, of the sort that usually announce astrology fairs and hockey tournaments — one in front of the library, one at South Park Street. No one reads those signs, either.

But I think the biggest design failure was the confusing time limitations. You can drive on the street from, what is it? 9pm? to 7am?, except on Kiss a Ginger Day, cute redheads are allowed to drive to Jennifer’s.

Rules need to be consistent: you can either do something, or you can’t do something. Adding time restrictions and exceptions and such confuses people.

(This, by the way, is why people are still parking on Gottingen Street during rush hour — the rules are too confusing. It might’ve helped if they had to get out and feed the parking meter, and the meter had some explanation, but there aren’t parking meters on Gottingen Street to begin with, and even if we installed them now, you need a degree in calculus to figure them out.)

If we truly want a car-free Spring Garden Road, then it should always be car-free, 24 hours a day, seven days a week, 365 days a year, no exceptions. And the car ban should be intuitive, not relying on signs — a change in colour scheme, an easily seen physical barrier, etc.

My guess is that where this went wrong is there was a desire to keep buses on the road while excluding cars. I’ve seen pedestrianized areas of European cities where transit (usually electric trollies, not buses) are allowed, but those areas typically include different colour schemes for the pavement and bollards that the train driver can open to enter the area and that close again behind the train. If the city can’t figure out a way to let buses pass through a physical barrier, then probably buses should be routed around that section of Spring Garden Road as well. 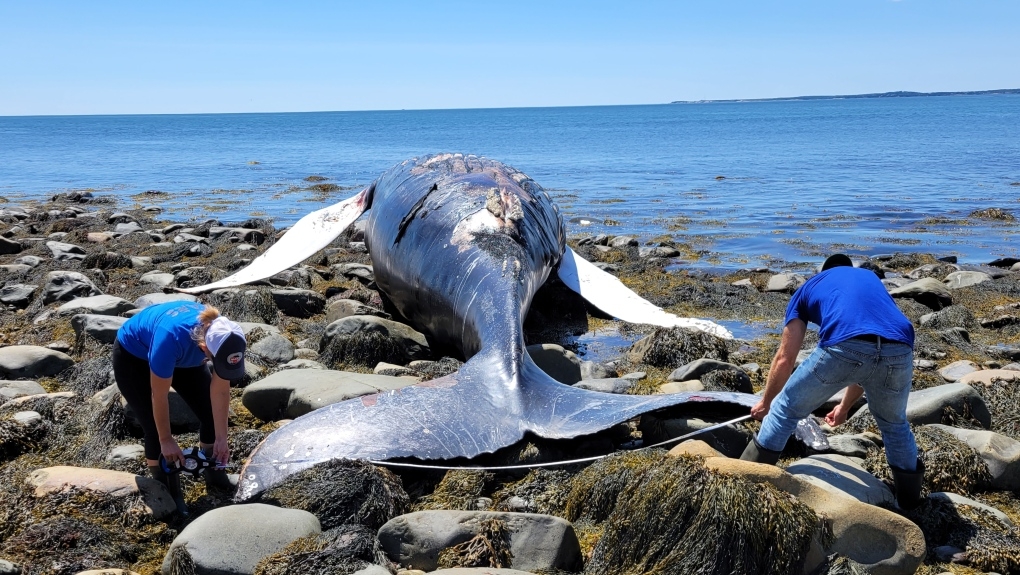 The carcass of a humpback whale on a beach on Lawlor Island in Halifax Harbour. Photo: Marine Animal Response Society via CTV

“The carcass of a humpback whale has washed up on the shore of an island in the Halifax Harbour,” reports Alex MacIsaac for CTV:

Tonya Wimmer, the executive director of the Marine Animal Response Society (MARS), says the whale was spotted on the southwest shore of Lawlor Island Sunday morning.

She says there are no clear indications of how the whale died and a necropsy is needed to determine the cause of death.

Iris is taking a much-needed week off. She is irreplaceable, but Suzanne Rent and I will fill in best we can (that really means Suzanne is picking up almost all of the slack). Please be patient with us!