Some un-specified “corrective action” will be taken against jail staff for mistakenly releasing some guy accused of viciously attacking an old man instead of some guy facing minor charges. “Correctional officers at the appropriate points in the discharge process did not verify the offender’s identity prior to release,” reads the stunningly obvious one-page review of the incident released by the Justice Department. 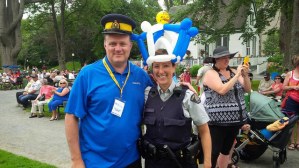 Mayor Mike Savage wants to make it illegal to do what he did.

Mike Savage wants a review of campaign financing in municipal elections. “The scope of the report should include, but not be limited to: donation and spending limits, further disclosure of campaign spending, when money can be raised, and options, if any, for possible sanctions when rules are not followed.”

“In provincial and federal elections the rules are entirely different,” Savage notes in his personal blog. “Rules govern how much can be raised from each donor and how much can be raised in total. Likewise, they govern how it can be spent, and on what. Campaign finance rules also govern disclosure, as well as who and what entities can contribute.”

All well and good. But of course Savage paid himself a $10,000 monthly stipend out his own electoral campaign fund, which would’ve been illegal under federal and provincial campaign rules. He now wants to pull up the drawbridge behind him.

I suspect the “needles in Halloween candy” reports are bogus (behind pay wall). I don’t have enough information to have an opinion about the “needles in potatoes” reports, but let’s see where the police investigation goes.

Warmer ocean temperatures are starting to affect the lobster catch, the CBC reports:

Every fall, the Fishermen and Scientists Research Society monitors lobster from at-sea stations throughout the fishing zone in southwestern Nova Scotia.

Dina Desveaux with the society says for a second year they are predicting lower quality lobster during the first part of the season.

They are worth less because soft shelled lobsters are less likely to survive live shipping to New England or overseas. They are instead sold, for less, as canners.

The Powers That Be have been ignoring this threat for years. The warmer ocean temperatures have caused lobster to head to coastal waters months before their traditional annual migration period, which has led to record catches because coastal waters are where the lobstermen operate their traps. Looking at the record catches, the fishing industry and politicians tell us the fishery is healthy, but recall that record catches just before the cod collapse were misunderstood as proof of a “healthy” fishery.

This is a billion-dollar industry in Nova Scotia. You’d think the people in charge would be freaking out.

Allan Bezanson, a member of No Harbour for War, calls the Halifax Security Forum a gathering of “warmongers and their sycophants.”

That aside, I’d love to see the (required) analysis of economic impact for the ACOA-funded event. Sure, the Westin will make a ton of money. But nobody else much in town will see any increased business because of the Security Forum. The delegates are pretty much imprisoned by their own security forces in the hotel, and so won’t be walking the boardwalk buying trinkets or playing quarters at the Lower Deck. In terms of ROI, it’s got to be the worst performing ACOA project, even worse than the companies that go belly up, because at least those companies employ some people for a while.

Oh, someone forwarded me the airport’s security update last night:

The Halifax International Security Forum is taking place in downtown Halifax this weekend (November 21 to 23). The majority of dignitaries attending this event will travel through our airport. To support this increased activity, the Halifax Stanfield threat level has been raised to ELEVATED until Sunday, November 23.

To assist the ELEVATED threat level, a number of additional security measures will be implemented by the security and police teams.

You can do your part during this time by maintaining a high level of vigilance and by reporting any suspicious activities and/or behaviour, including:

* Multiple sightings of the same person, vehicle or activity

* False alarm calls that could be made to observe the response

* Discrete use of cameras or other observational equipment

* A person wearing improper attire for the weather, season or location

* A person exhibiting suspicious behaviour due to being nervous, sweating, staring or quickly looking away from persons or vehicles

* Anything else that strikes you as suspicious

A person wearing improper attire? Don’t get me started about what people are wearing on planes nowadays… (also, get off my lawn).

I can’t prove it, but I’m convinced that Stanfield International was the airport used for a plainly illegal spy operation revealed by Edward Snowden. As the CBC summarized the operation:

The latest Snowden document indicates the spy service was provided with information captured from unsuspecting travellers’ wireless devices by the airport’s free Wi-Fi system over a two-week period.

Experts say that probably included many Canadians whose smartphone and laptop signals were intercepted without their knowledge as they passed through the terminal.

The document shows the federal intelligence agency was then able to track the travellers for a week or more as they — and their wireless devices — showed up in other Wi-Fi “hot spots” in cities across Canada and even at U.S. airports.

That included people visiting other airports, hotels, coffee shops and restaurants, libraries, ground transportation hubs, and any number of places among the literally thousands with public wireless internet access.

The document shows CSEC had so much data it could even track the travellers back in time through the days leading up to their arrival at the airport, these experts say.

I think this was done at Stanfield for several reasons:

➡ The operation involved a free wireless system at an airport. Although airports increasingly provide free wireless, it was somewhat rare when the document released by Snowden was prepared, and Stanfield was one of the first airports to provide free wifi. All that’s required for users at Stanfield to access free wifi is to submit an email address.

➡ The Stanfield wireless system is not operated by a large outside vendor like Boingo, Boldstreet, or Aliant, and so the operation could’ve been implemented easily without involving a lot of people.

➡ The document itself says that the operation “Swept a modest size city and discovered two high traffic public access ranges with >300,000 active IDs over 2 weeks.” This describes Halifax perfectly.

➡ The Halifax Security Forum would provide the perfect excuse for the test, both to override any concerns raised by people managing the wireless system and to show off at the Forum itself.

➡ I mean, come on, it’s Halifax. Of course it was done in Halifax.

The New York Times has for the first time extended its “native advertising” (i.e., advertorial) to the pages of the dead tree paper itself. Previous ads, such as an ad for Orange is the New Black masquerading as a pointless article about women in prison, were only online.

The paper ad is for Shell. It’s:

a far cry from the advertorials of days past. First, the size: The print component is an eight-page section that’s wrapped around home-delivered copies. (In the case of newsstand copies, the ad wraps the business section.) The top sheet is opaque vellum, for extra effect. The print creative extends the Web version, with infographics that show the urbanization of the world’s population. In what the Times called “icing on the cake,” the print ads are enhanced by augmented reality, so that people using the Blippar app can initiate a video by holding their phone over the page.

There’s much to say about the content of the ad itself: It is appealing to the fantasies of urban fetishists, who want so very badly that living in the city is more virtuous than living in the suburbs or in the country. I’ll leave that for another day, but remember that the ad comes from Shell, one of the most evil corporations on the planet.

I’ve long decried advertorial because of the way it can—and eventually must—corrupt journalism. I won’t go into that now except to say that the Halifax Examiner is built on an advertising-free business model. You won’t find these webpages cluttered with ads or annoying popups, and I don’t sell readers’ identities or user profiles. 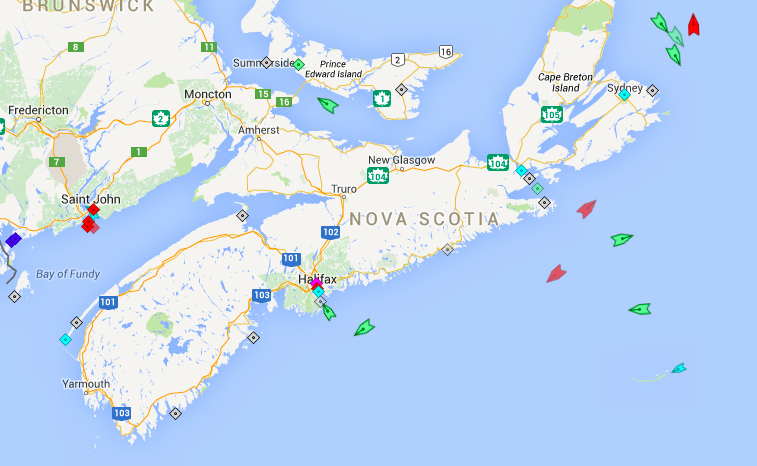 Morning File takes Sundays off, which gives me the time to write some other stuff I’ve been working on. See you Monday.