You are here: Home / Commentary / The Randy Riley trial: how news media are falling down on the job

Last Tuesday, there was dramatic moment in Supreme Court, worthy of its own Law & Order episode.

To be clear: I wasn’t there either, and the Halifax Examiner didn’t send a reporter. We’re a small operation, and we don’t have the resources to regularly cover court trials.

And larger media organizations are also stretched thin. There are just two Halifax reporters devoted exclusively to court coverage: the CBC’s Blair Rhodes and Steve Bruce at the Chronicle Herald. The pair do good work, but they cannot possibly cover everything going on, and especially when there are multiple cases going on at the same time.

Both Blair Rhodes and Natasha Pace were at at the opening of the Riley trial, and covered the first week of the crown’s case, until Thursday, March 29. After the long Easter weekend, both Rhodes and Pace showed up back at the courthouse on Tuesday, April 2, but instead of carrying on with the Riley trial, they moved two courtrooms over to start covering the Nicholas Butcher trial:

That concludes the evidence for today in Randy Desmond Riley's first-degree murder trial. Testimony in the case is now scheduled to resume on Tuesday at 9:30 a.m. at #NovaScotia Supreme Court in #Halifax

The second-degree murder trial for Nicholas Butcher is scheduled to start this morning at #NovaScotia Supreme Court in #Halifax pic.twitter.com/WY8Y9pj9Sb

Crown finishes questioning medical examiner. Defence has no questions so she is done and so is the case for the week. #nscourt

I’m not blaming the reporters for abandoning the Riley trial mid-trial and jumping over to the Butcher trial. This was a decision made in collaboration with their editors, and the editors ultimately made the call. 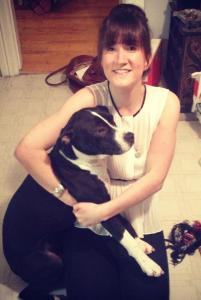 The underlying cause of the switch in coverage, of course, is simply that newsrooms don’t have enough reporters to adequately cover all the murder trials.

But for whatever reason, dropping coverage of a court trial mid-trial is a disservice for both readers and for justice.

Last week, I talked with a friend who worked for the CBC. The friend told me that the long-time cardinal rule at the ceeb for court coverage was “if you start covering a trial, you follow through to the verdict.” Obviously, this didn’t happen in the Riley trial. 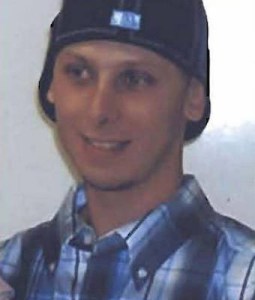 Why does it matter?

Because abandoning the case mid-trial, when only part of the crown’s evidence had been presented, leaves readers and viewers with a skewed understanding of the case, and therefore of Riley’s probable guilt.

But the crown relied on the testimony of Riley’s “childhood friend” Paul Smith; here’s how Pace reported the testimony:

He said Riley called him on the night of October 23, 2010 and asked to be picked up. Smith said he met Riley and another man at a residence in Dartmouth and took them to an apartment building, where he testified that Riley got out of the vehicle and went inside.

A short time later, Smith said he saw Riley walking towards the vehicle with a bulge in his pants and a limp. He also said Riley was wearing gloves. Smith told the jury that Riley told him he had to take care of a guy but didn’t elaborate on what that meant.

We haven’t yet heard the defence’s theory of Paul Smith’s testimony.

There were other witnesses called that first week — police officers and the medical examiner among them. But also evidence was laid out for jurors, and for reporters, who were allowed to photograph the murder weapon and were given clean recordings of a 911 call.

I support giving reporters access to evidence. It remains a big frustration of mine that the evidence in the Glen Assoun case has essentially disappeared; had that evidence been made available to reporters at the time, we could now better understand Assoun’s probable wrongful conviction.

Credit for opening up evidence to reporters should go to the court system’s media officer, former Herald reporter Jennifer Stairs, who initiated the change.

But while giving reporters access to evidence can lead to better reporting of court cases, it can also lead to worse reporting, if the case isn’t followed through to its end. That’s because the reporting only presents the crown’s theory of the case.

I don’t know how the Riley case will end. Maybe the jury will find him guilty and this entire discussion is for naught. But what if because of Johnson’s dramatic courtroom confession and because of testimony offered up by the defence’s witnesses — that is, because of things the jury heard and learned but that weren’t reported on — Riley is ultimately found not guilty? Very likely, because they weren’t provided the full story, the public will be left with the impression that Riley is “actually” guilty, but somehow got off on a technicality that was never adequately explained to them.

In this scenario, how would a not-guilty verdict affect Riley through the rest of his life? It would be difficult enough to get a job, find a spouse, and have a normal life, even in the best of circumstances; but when every potential employer, girlfriend, and neighbour googles Riley’s name and finds only the prosecution’s side of a court case that somehow resulted in Riley “getting off,” it’s going to be that much more difficult.

More on the case

After Johnson’s testimony on Tuesday, a three-day voire dire followed. I was in court for the voire dire on Thursday and Friday but missed Wednesday’s session. So while I know what the voir dire is about, there’s a publication ban on it so I can’t now report on it.

The jury was brought in today, and before Johnson was put back on the stand, Justice Chipman addressed the jury, telling them (apparently for the first time) that Johnson had previously been convicted of the first degree murder of Chad Smith, the same murder Riley is now being charged for.

Johnson had been tried and convicted of the murder, and then lost on appeal. He’s been sentenced to life in prison with no chance of parole for 25 years.

On the stand, Johnson was asked why he waited so long to come forward to say that Riley had nothing to do with the murder. In response, Johnson said he was simply indifferent to Riley’s fate, but gave last week’s testimony only because he was compelled to be in court; otherwise, “I couldn’t care less,” he said.

We’ll see how the crown deals with that testimony, and whether the jury finds it credible.

And now I find myself in the awkward position of coming into a trial mid-trial, and like the other media outlets, I don’t have the resources to cover the whole thing. I’ll have to miss tomorrow afternoon’s session, for instance.

One last note. Last Saturday, El Jones wrote that when they were reporting on the Riley trial, both Pace and Rhodes reported that Riley was “staring” at withness Paul Smith. I hesitate to get into a pissing match about the word “staring,” but I’ve observed Riley for three days now. He is what I would call an “attentive” defendant — he sits tall in his chair, slightly leans back, and looks with interest at all the proceedings. When a witness testifies, Riley looks directly at the witness. When the judge speaks, Riley looks directly at the judge. When one or the other of the lawyers speak, Riley looks directly at the lawyer. My read on it is Riley is invested in his fate, and so is involved in his case. That’s no reflection of guilt or innocence, just simply being present. Maybe if Rhodes and Pace had continued in the courtroom they would have come to the same conclusion. I can’t say.