Four people wearing bandanas opened fire in a Cole Harbour house last night at around 7pm, injuring two men and one woman. Two of three are in serious condition. A man and a boy later tuned themselves in to police, but the other two gunmen are presumably still on the loose. The house where the shooting occurred, at 52 Arklow Drive, appears to have been something of a teenage party house.

There have recently been two other incidents involving teenagers and guns in Cole Harbour. Last Tuesday, two 17-year-old boys were arrested after shots were fired on Bissett Road. They had “a sawed off shotgun, a .22 calibre rifle and a crossbow” and are facing weapons charges, reported Global. And, according to a police release from Sunday:

Last night at 9:30 p.m., Halifax Regional Police officers responded to a report of a vehicle on Hwy 111 with a passenger in possession of a handgun.

A witness stated that they observed the suspect vehicle and a second vehicle who appeared to be following each other and jockeying for position on the highway. The witness further observed the suspect vehicle take the exit 6 ramp to Main Street and at that time, observed the handgun out the window. Multiple HRP and RCMP units responded to the area and located the vehicle on Forest Hill Parkway near Cedarwood Drive.  A high risk vehicle takedown was conducted and three 17-year-old male youths were taken into custody without incident. A subsequent search of the vehicle resulted in the seizure of a pellet hand gun.

There’s no indication that the incidents are related. 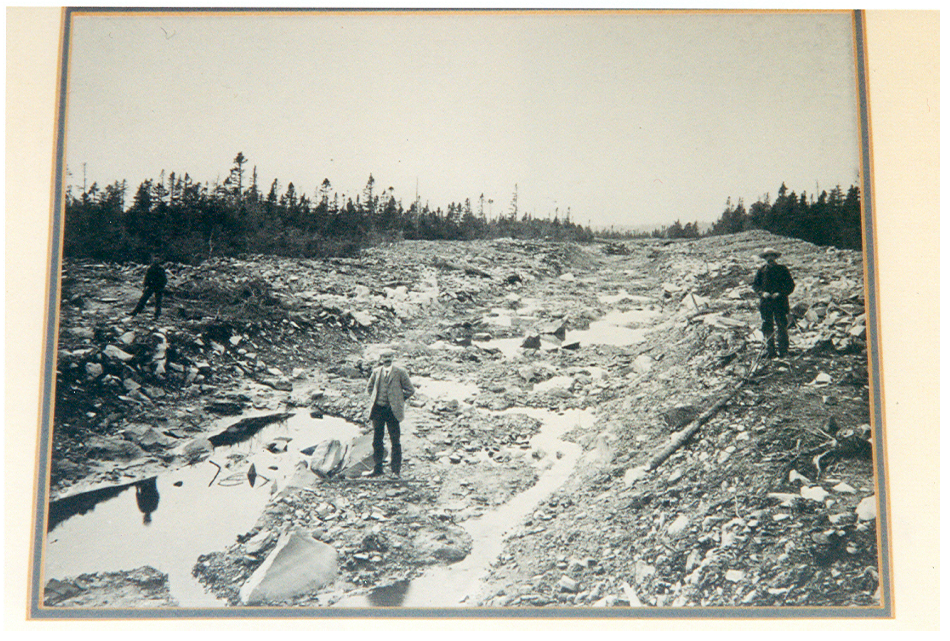 David Hendsbee and I have something in common: we’ve both paddled with Dusan Soudek. Soudek took the councillor out to the Porters Lake Canal in a bid to interest the city in buying it from the federal government. I wrote about the canal here:

The canal connects Porters Lake to the ocean, between Three Fathom Harbour and Seaforth. It was dug in 1861 so that barges could avoid the swift currents at Rocky Run. David Hendsbee wants the city to buy the canal, and included the requisite picture of serious men in hats at the construction site (99% Invisible fans will get the reference) with his proposal.

Your good news story for the day: two women save an old dog.

4. Friends of the Chronicle Herald

The union representing Chronicle Herald newsroom employees has posted the following on its Facebook page:

The last month has been a difficult time for those of us who work in the newsroom of The Chronicle Herald. Faced with layoffs, we asked for your support to show management at the newspaper that quality local journalism matters and you responded.

The members of the Halifax Typographical Union would like to thank you for the messages you have sent us; they have helped us through the past four weeks.

On Saturday, Nov. 29, union members voted to give the company concessions that will save jobs in the newsroom. Still, the newspaper has lost many talented journalists through this process.

Our newsroom may be smaller, but those of us who remain are committed to delivering the outstanding work you expect from the Chronicle Herald.

Again, thank you for your support.

Members of the Halifax Typographical Union 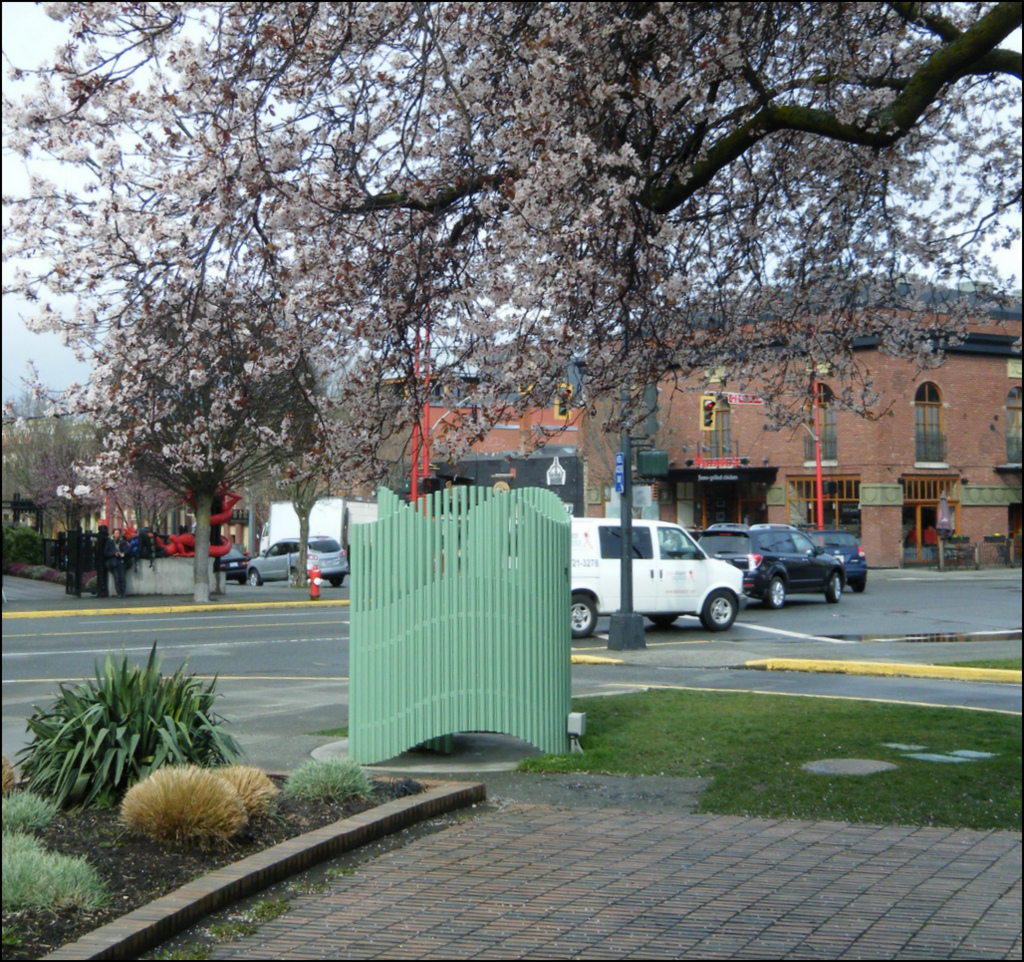 Stephen Kimber points and laughs at the convention centre fiasco. There’s gonna be a lot of this.

On this date in 1852 an agreement for the exchange of mail between Halifax and Boston came into force.

Nova Scotia Institute of Science (7:30pm, Museum of Natural History auditorium)—David C. Mosher, from the Bedford Institute of Oceanography, will talk about “A New Wave of Exploration of the Arctic Ocean.”

This is the perfect New Yorker cartoon. 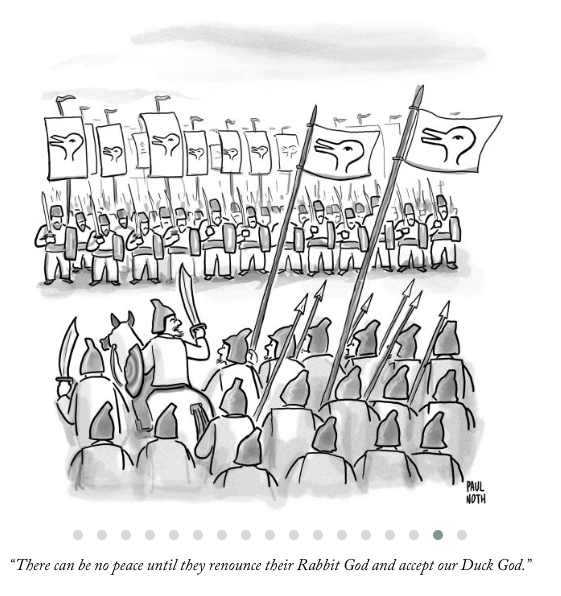 For the first time since the Examiner started publishing in June, there are no ship arrivals or departures scheduled for today at Halifax Harbour. Peter Ziobroski, of Halifax Shipping News, suggests that readers “may want to check out the yacht headed to Florida at the maritime museum wharf.” That would be the PJ265.

Port traffic near Hampton Roads, Virginia. Note the half-dozen coal ships at anchor near the Chesapeake Bay Bridge Tunnel and the continuous stream of ships off the Virginia Beach waterfront. Map: marinetraffic.com

I went down to Virginia to visit relatives for American Thanksgiving, one of whom kindly gave me use of an oceanfront condo. It was interesting—the entire time I was there, there was never not a ship passing on the way to the port facilities at Hampton Roads. Usually there were three or four. It gave me a sense for the volume of port traffic; a port listing like this one for Hampton Roads would go on for dozens or even hundreds of ships every day. That’s what the Port of Halifax is competing with.

It’s an extremely slow news day, the commentariat is mostly silent, and there are no ship arrivals. This means there can be more attention paid to this important announcement:

This is a special deal good only for the month of December. Buy a gift subscription for someone else (or yourself) and get newly minted Halifax Examiner swag—a T-shirt or a coffee mug. I’ll be picking up the swag today and tomorrow and will post pictures later. But here’s the deal: