You are here: Home / Featured / The problems with the testing relied on by the Glaze Report: Morning File, Thursday, February 22, 2018

“The Nova Scotia Teachers Union’s executive announced most of its members voted in favour of illegal job action, but president Liette Doucet said the union is inviting the province to work with it,” reports the CBC:

“We want Minister Churchill and the premier to meet with us to discuss the recommendations of the Glaze report,” Doucet said at a press conference Tuesday afternoon.

Ninety-three per cent of the union’s public school members voted and 82.5 per cent supported illegal job action, which means nearly 77 per cent of eligible teachers voted to strike.

The NSTU hasn’t yet posted the vote result on its website, nor posted a statement from Doucette asking for the meeting.

However, reports Yvette d’Entremont for Metro, the meeting was agreed to by the minister:

[Education Minister Zach] Churchill said he and the premier were both open to speaking with union members to discuss any solutions or ideas the union might have to ensure education reform needed to overcome many challenges.

“We need to have a meaningful conversation that takes into consideration the perspective of government, the objectives that we have to improve the education system, and talk about solutions to those challenges,” he told reporters.

While a meeting is a good political move by both sides, I doubt it will result in a resolution of the underlying divide. 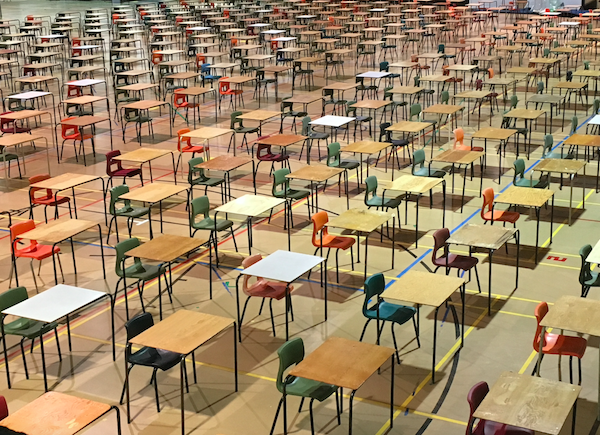 “Both Glaze’s report and Nova Scotia’s 2014 Report of the Minister’s Panel on Education are premised on the notion that Nova Scotia’s students are not performing as well as they should be — or as well as many of their Canadian and international peers are performing,” writes Mary Campbell:

It’s a conclusion based on the results of two sets of standardized tests: the Pan-Canadian Assessment Program (PCAP) and the Program for International Student Assessment (PISA).

I hope to write about the PCAP tests in a future article, but for today, let’s focus on PISA.

PISA is overseen by the Organization for Economic Cooperation and Development (OECD), a 35-member transnational organization which, according to its website, is currently focused on helping governments around the world:

That last goal? The one about “developing skills” that allow you to work “productively?” That’s what the OECD means by “education.” It’s not a definition without its critics — in fact, the OECD’s very involvement in student assessment is not without its critics. In 2014, 83 academics signed an open letter to Dr Andreas Schleicher, director of PISA, in which they raised a number of red flags about the tests…

Campbell goes into much more detail. I have a bad habit of over-quoting from Campbell, so please go read her entire report (link below), in which she demonstrates her own stellar financial literacy and posts two sample questions from the test, including “the one that allows you to participate in a ‘group chat’ with two imaginary classmates, Alice and Zach”:

The three of you are a team tasked with answering a number of questions about the geography, people and economy of an imaginary country. You are competing against your classmates and the first team to answer all the questions wins. Alice wants to discuss how best to approach the problem but Zach — I could not make this up — just wants to do everything as quickly as possible… I don’t want to give anything away, but let’s just say Zach almost drags his team down to defeat before learning a valuable lesson about planning and cooperation. (Seriously, I could not make this up.)

Campbell explains that the companies behind the OECD have a mission to sell more educational products to governments. “Take Pearson, which won the tender to design the 2018 PISA ‘frameworks’ for the OECD,” continues Campbell:

Pearson is also, of course, selling a full-range of high-priced products designed to help improve student performance — performance to be assessed by tests devised by Pearson. Pearson will also evaluate your teachers for you if, say, you’re a College of Educators looking for a way to “ensure teacher quality.” Pearson really has your back.

If you’ve only learned one thing, however, I hope it’s that what’s playing out in the Nova Scotia education system is not playing out in a vacuum — it’s playing out within the broader world of the Global Education Industry and it really doesn’t hurt to keep that in mind while you’re evaluating what you’re being told — from any side — about the state of education in this province.

“This afternoon, city council’s transportation committee will consider whether or not to continue planning for a north-bound bus lane along part of Gottingen Street,” writes Examiner transportation columnist Erica Butler:

The plan would see 51 parking and loading spaces removed from both sides of the street, to make room for two vehicle lanes and one northbound bus lane starting at Cogswell Street, ending just before North Street.

Why use Gottingen Street? Because the ramp from Barrington Street to the Macdonald Bridge is too tight a turn for buses. Continues Butler:

The desired turn, from the inside curb lane of the ramp to the outside curb lane of the bridge, was tested by Halifax Transit and the bridge commission in October 2017, but “it was determined that the bus cannot consistently make this tight turn without impeding on the adjacent lane,” writes city spokesperson Nick Ritcey.

The problem with the turn certainly seems like a fixable technical problem, as there appears to be ample at-grade space where the ramp meets the bridge. Although Ritcey says it’s likely “that further trials will follow” and that “these agencies will continue to work together exploring options to change road geometry, pavement markings and other traffic control measures which would allow this movement in a safe manner,” there is no stated council or staff direction to pursue a technical solution.

My own view is that the bridge ramp is an easily solvable issue, so hopefully today the Transportation Committee will slow down on the Gottingen Street plan and give some direction to address the ramp issue.

Click here to read “Is Gottingen the right street for a bus express lane?” 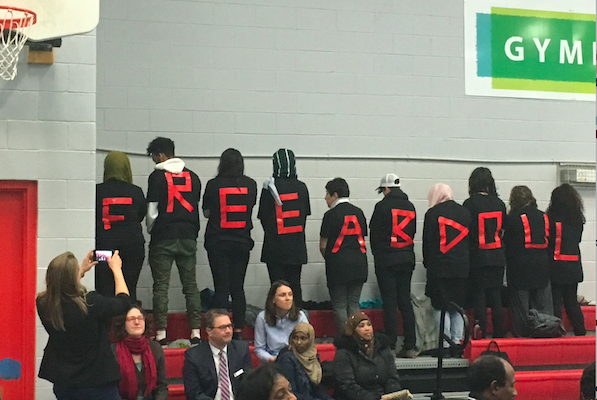 Last night, about 100 people showed up to ask questions of federal Immigration Minister Ahmed Hussen at a “town hall meeting” in the Gottingen Street YMCA.

I’ll give Hussen some props for the appearance: He didn’t have to hold the meeting at all, he didn’t shy away from even the toughest questions, and he spoke respectfully with the audience about his own experiences of anti-Black racism and systematic anti-African discrimination.

I stayed through the questions about Abdoul Abdi. You can follow my live-blogging of the event by clicking through this tweet:

Hussen: I'm not allowed to speak directly to Abdoul's case for legal reasons… but I want to commend the advocacy for Abdoul. "The decisions for deportation are not made lightly, and the individuals have opportunity for appeal…" MORE

The short of it was that Hussen said while he couldn’t speak directly to Abdi’s particular case (repeatedly, Hussen said he would be able to, once Abdi signs a confidentiality waiver), he has personal knowledge of Abdi’s case, he understands the immorality of deporting people in Abdi’s position, he has in the past intervened in immigration cases on human rights grounds, and he expects he will many times again in the future. It seemed a wink-and-a-nod to the crowd: don’t worry, I’ve got Abdi taken care of.

And yet, Abdi is still the subject of a deportation hearing, and he could soon be re-imprisoned, likely in solitary confinement, as his case is heard.

This afternoon, Halifax rallied to remind the Honourable Ahmed Hussen, the Minister of Immigration, Refugees and Citizenship, that Abdoul Abdi is a member of our community and should not be deported.

The Minister accepted that systemic, anti-black racism exists in Canada. He accepted that the system failed Abdoul when he was a child “in care” and that he should be a citizen.

The Minister invited Abdoul to provide a privacy waiver so that the Minister can share more words. But Abdoul doesn’t need words, he needs action. Action to respect international human rights law and the Charter. Action to allow a court to hear this case before he loses his rights. Action to stop the deportation.

The Government of Canada has the power to end this treatment. But the government chooses instead to continue failing Abdoul.

“It is estimated that only 19% of textile waste in Nova Scotia is recycled or reused, leaving 30,000 tonnes to be disposed of in landfills,” reads a Request for Expressions of Interest issued by the city this morning:

Characterization audits conducted at the Otter Lake Facility in 2016/17 show that nearly 8.6% of incoming residential waste is made up of textiles (approximately 3,800 tonnes). Consumer demands and trends in “fast fashion” could see this amount increase to 6,200 tonnes by 2030.

The problem, as Halifax Waste states it, is that “there appears to be a public perception that only quality, wearable garments can be donated, leading to lower recovery rates of recyclable textiles in donation bins. This is supported by a Halifax Textiles Survey conducted in September 2017. Of the 1,780 respondents, 71% agreed with the statement ‘Items that are worn out or stained should not be donated.’ Such items can in fact be recycled and diverted from landfill.”

Halifax Solid Waste is looking to form partnerships with not-for profit charities and social enterprise organizations through the use of the Halifax Recycles App in order to expand and enhance diversion of textiles from the landfill. Partner organizations should already be in the textile reuse industry either as a non-profit charity organization (NPO), or a for-profit business that supports an NPO through their textile collection program. NPOs may include, but are not limited to those who currently maintain textile donation bins, offer a pick-up service, operate thrift stores or furniture banks or those who collect clothing for distribution directly to persons in need.

Presumably, the nonprofits and businesses associated with nonprofits will wash and mend the “worn out or stained” clothes before passing them along to reusers. 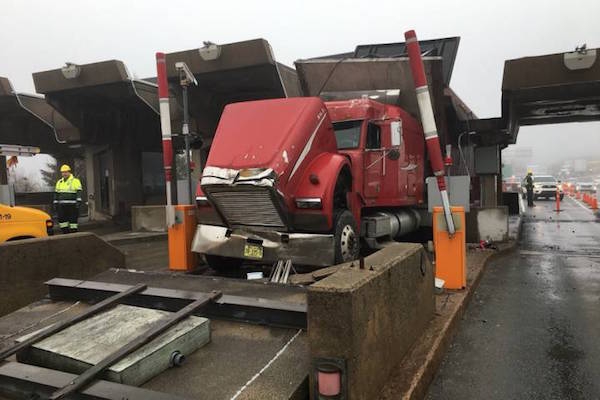 A tractor trailer slammed into one of the lower canopies at the tool booth openings on the MacKay Bridge yesterday. No one was hurt.

Transportation Standing Committee (Thursday, 1pm, City Hall) — the committee is being asked to approve a northbound bus lane on Gottingen Street, from Cogswell Avenue to North Street. Many of the business and property owners and residents in the area oppose the plan, and have offered a contrary proposal.

Public Information Meeting – Case 21321 (Thursday, 7pm, Ward 5 Neighbourhood Centre, 5540 Russell Street, Halifax) — the owners of the about-to-be-constructed seven-storey apartment building at Gottingen and Bilby Streets (across from Stadacona) have acquired an adjacent lot and want to extend their building onto that lot.

Public Information Meeting – Case 21439 (Thursday, 7pm, Our Lady of Lebanon Maronite Catholic Church, 3844 Joseph Howe Drive, Halifax) — “Troy Arsenault is applying to add lounges to the list of permitted uses in the C-2C (Dutch Village Road Mixed Use) Zone in the Halifax Mainland Land Use By-law. The zone currently permits brew pubs, micro-breweries and restaurants but does not permit stand alone lounges. Lounges are permitted to sell alcohol without being required to also sell food.” 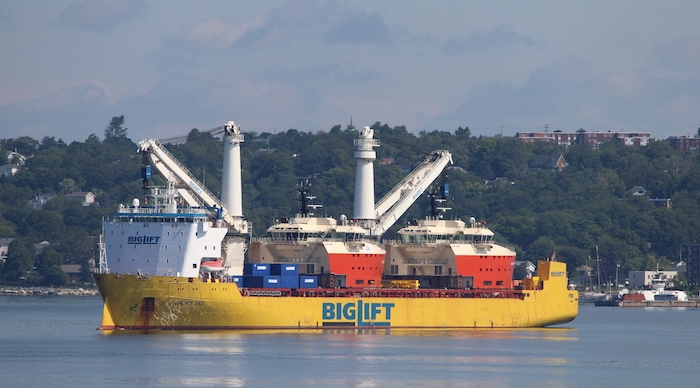