You are here: Home / Featured / The playground where hope goes to die: Morning File, Monday, January 16, 2017

“Officials with the provincial government and the Nova Scotia Teachers Union will resume contract talks on Monday,” reports Michael Gorman for the CBC:

A day after the two sides reached an impasse, which cancelled talks that were scheduled for Sunday, the union announced in a news release they would meet with a conciliation officer again beginning Monday.

Both sides have agreed to a media blackout until this new round of talks is concluded, however it is unclear how long the talks are scheduled to go or which side approached the other about getting back together. 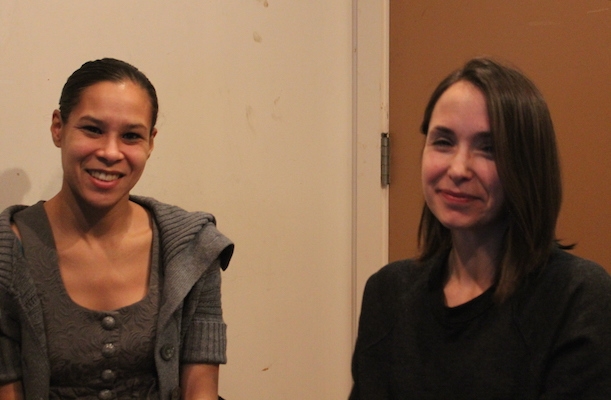 This week we speak with Mount Allison sociologist Ardath Whynacht and Halifax Examiner columnist, academic, and activist El Jones about the public discussion surrounding the triple murder–suicide that rocked Halifax two weeks ago. Many media outlets were quick to seize on Lionel Desmond’s military service and concluded that PTSD explained the horrific violence he committed, without looking into other explanations.

Also, the CBC broke a story showing that African Nova Scotians are three times more likely to be pulled over by Halifax Regional Police. Recent data from the provincial arm of the RCMP shows similar ratios. The response from those in charge? Kind of a big collective shrug. 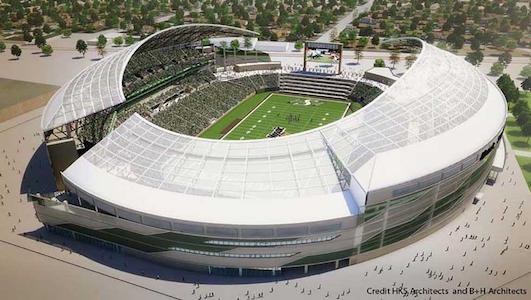 Following up on his report last month that a local group wants to build a soccer stadium on the Wanderers Ground, Local Xpress reporter Chris Cochrane interviews Sports & Entertainment Atlantic president Derek Martin about the proposal:

Q: Though the Wanderers Grounds is owned by the city, is it still the plan that the initial stadium structure be owned by the team?

Q: Does this plan leave the door open should the city or province want to partner on a larger stadium after a few years?

A: “Absolutely. We, as a private entity, certainly can’t build a (major) stadium. There’s no doubt those (larger) facilities need government funding —  those permanent large size (stadiums) – to work. We’re not proposing that we are going to do that. It’s irresponsible we think to ask government to invest money in a stadium without understanding what the appetite is in the city to support it and without having a tenant. So, we are trying to find the tenant first, prove that there’s interest, and provide a great experience for the five or six thousand people or whatever it is that we are able to put into that temporary venue. Then, if that is successful and experiences plenty of support, and the citizens of Halifax are the ones saying, ‘This has worked out great, now let’s look at something more significant,’ we would be happy to be a part of the discussions.”

This is reassuring. Martin seems like a sensible fellow, and I don’t have objections to him and his company paying for construction of a stadium on city-owned land, although of course there should be a lease consideration. But anything larger than what is proposed starts getting problematic real quick.

The city this morning issued a Request for Proposals for the reconstruction of 12 playgrounds around the municipality, at these locations:

One thing I’ve learned from the RFP is that photos of playgrounds look sad when there are no children in them. Consider this one, from Westwind Ridge Park:

It’s like some post-apolyptic world. You can almost hear the creaky sound of the swings jostling in the cold wind, haunted by the disappearance of children and the hope they once held. 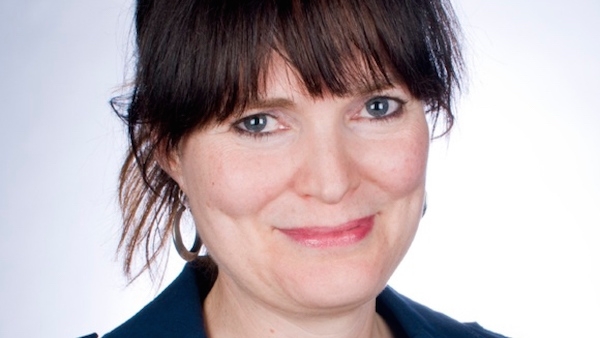 “On October 24, 2016, CBC Halifax journalist Phlis McGregor happened to hear an interview on As It Happens about a York University research study that analyzed two years of Ottawa police data,” writes Stephen Kimber:

Over the years, McGregor had heard African Nova Scotians describe their own unhappy encounters with the police. She remembered a 2003 provincial human rights case in which a board of inquiry determined local police had stopped local boxer Kirk Johnson simply for “driving while black.”

What, if anything, had changed here in the more than 15 years since then, McGregor wondered?

Did Halifax Regional Police keep similar statistics for its own police stops?

The next day, she sent an inquiry to HRP communications asking exactly that question. It turned out the police did maintain “Street Check” data, which included a field for ethnic background. They’d been collecting information since 2005 — two years after the Johnson case — but had never bothered to analyze what they’d gathered.

Kimber goes on to show how the CBC devoted considerable resources to combing through the data and finding ways to report it that would engage with readers, which, unfortunately, is becoming a rare thing:

This article is behind the Examiner’s paywall and so available only to paid subscribers. Click here to purchase a subscription. Subscribing, of course, is one way to help counter the problem that Kimber underscores.

2. “Job creators” do no such thing

One might think that the loss of all those jobs would get media attention. Granted, the December plunge may be a statistical aberration, but that hasn’t stopped the media in the past from going big on a monthly jobs report. At the very least there may have been a question to Premier McNeil or his economic development minister about whether their “leave it to the private sector” strategy is working.

But no, it’s as if job loss is the new normal in Nova Scotia. Instead of exploring that, media attention turned to protecting the reputation of one of our (to steal from Joel Plaskett) Captains of Industry – also known in some circles as “job creators.” The inciting event was a press release from the provincial NDP in advance of a legislative committee meeting on special needs funding by the Department of Community Services.

To illustrate the point that many people are suffering from the department’s parsimony while others have more money than they can spend in several lifetimes, the NDP went to the Canadian Business magazine list of the 100 richest Canadians and focused on – presumably for its near-perfect symmetry – the fact that the net worth of Halifax’s Ken Rowe, proprietor of many enterprises, increased by $270 million in 2016. This increase in wealth in a single year was more – by $25 million – than the province paid out in income assistance last year. Wow.

For its trouble, the NDP was criticized for “singling out” Ken Rowe. Why Rowe would be offended by someone pointing out that he’d just had a very good year in 2016 is not altogether clear. But newspapers here and elsewhere (Charlottetown and Winnipeg for example) seemed to agree with the Liberal backbencher who said politicians should “celebrate the success of its entrepreneurs” rather than reference one of them to make a point about inequality.

Disparities in wealth and income would be less egregious if the Captains of Industry were actually creating jobs instead of the opposite. Maybe we would be more inclined to celebrate their success as entrepreneurs with some evidence of that success being shared with the community as a whole.

I had to read the story a few times because I just couldn’t believe what I was reading. Then my stomach was churning. How can human beings live knee-deep in disgusting filth?

Are these the same people who throw their fast food containers out the car windows? Who do they think will pick up their garbage?

Add to this the people who leave dirty diapers and trash on our beautiful beaches or the people who empty their car ashtrays in parking lots. Who are ‘these people’ and how did they get this way?

The list can go on and on but I think you get the picture.

I realize that I do not have a solution to this problem but I am venting my feelings because I am angry. We need to change the mindset of some of the people in our communities.

Obviously, they have no pride in themselves so how can we expect them to have pride in our communities.

Donald Trump is a replay of Rob Ford. Trump is performing on larger stage and there are more dire potential consequences, but the parallels are uncanny: The hero is a buffoonish boor embraced by a resentful populace. An ever-widening circle know about his base carnality and substance abuse problems, but they stay silent for various reasons: their own political ambitions, loyalty, love, fear of the mob, professional ethics, and more. But then knowledge of the existence of a video tape showing surreally bizarre behavoiur is publicized by a American internet-based media outlet that pushes boundaries.

No, I don’t have proof that Trump is addicted to drugs. But if the debate sniffing isn’t evidence enough, and the deranged middle-of-the-night tweeting doesn’t convince you, consider his doctor: 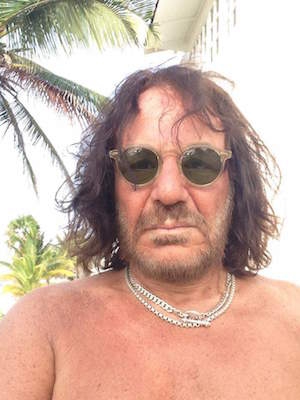 Anyway, that’s where we are now with Trump. If the production plays out to form, here’s what we can expect: His supporters will condemn each new revelation as an unfair attack. Journalists who report the truth will be called liars with personal vendettas, and even when subsequent events prove them right, no one will apologize to them. Police and other investigations will not result in indictments. There will be no impeachment, no resignation.

In the end, I suspect, the hero will die from some drug addiction-related disease. There will be no satisfactory resolution. Nothing will be learned. No one will be the wiser.

Executive Standing Committee (10am, City Hall) — the new-ish city clerk, Kevin Arjoon, has prepared a report on open government initiatives. Arjoon, who had previously worked as the deputy city clerk in Kingston, Ontario, and before that in Peterborough, strikes me as beyond capable. It’s refreshing to see someone with such professionalism and ability in the position. On Twitter, Arjoon calls himself an “open government enthusiast,” and this report reflects that enthusiasm.