Yesterday, I linked to Charlottetown Guardian reporter Teresa Wright’s bombshell that Atlantic provinces are being told to return “hundreds of millions” of dollars of miscalculated HST payments back to Ottawa. I wrote:

But if the amount owed is on the order of $100 million or so, there goes any hope of a balanced budget for the McNeil government. Continues Wright:

This morning, the Canadian Press reports that Nova Scotia Finance Minister Randy Delorey says the amount this province owes “is less than $100 million”:

Delorey won’t say what the loss of revenue will mean for the province’s attempts to remain in the black.

In the December fiscal update, the province said it had a slim surplus of $12.1 million, although that figure was $5 million less than estimated in last April’s budget

“Less than $100 million” could be everything from a buck 49 for a medium coffee at Tims to more than the $60 million in “concessions” the government just offered to teachers.

For a government that gives exacting budget details on a quarterly basis — down to the tens of thousands of dollars in projections — shouldn’t we be expecting something more than “well, a hundred million dollars, give or take” from our Finance minister? 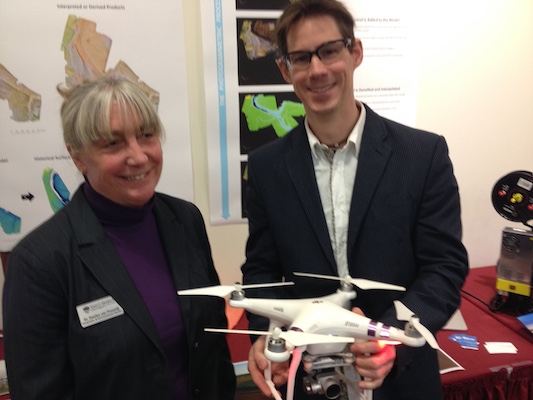 “Cutting holes in dikes to mitigate the effects of climate change might seem counterintuitive to some,” writes Chris Lambie:

But that’s exactly the type of measure Danika van Proosdij contemplates as she studies how to best restore salt marshes. Nova Scotia has lost about 80 per cent of these areas of coastal grassland regularly flooded by seawater since the Acadians first settled here in the 17th Century.

3. The politics of spectacle 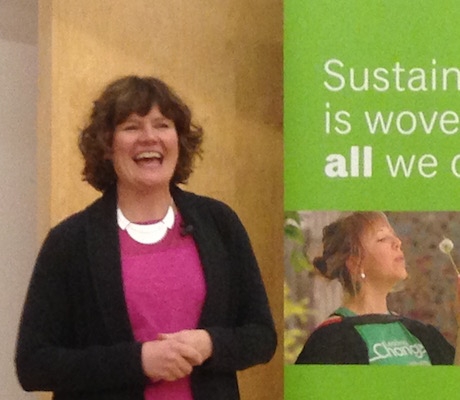 “I think to an extent we do feel pretty smug,” said Leslie. “We didn’t elect an orange Cheeto our prime minister, so we feel pretty good about ourselves. But I’m sorry to say there are a lot of parallels between Trump’s election and Justin Trudeau’s election. Now I know there is a big difference between a prime minister who says he’s a feminist and a president who publicly brags about sexually assaulting women — I get that and I know that — but the common theme between the election of Donald Trump and Justin Trudeau is spectacle. Justin Trudeau is a master of the politics of spectacle, from his selfies to walking down the street with his family to Rideau Hall. So, are we doomed to elect reality TV stars and sons of former prime ministers?”

We’ve published the latest company & society registrations. This week we look at 14 new listings, including this one: 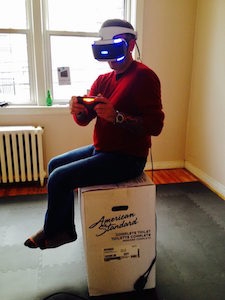 QuirkVR
2903 Gottingen Street, Halifax
Partners: Thor Henrikson and Edward Mowbray
“QuirkVR is Atlantic Canada’s only production facilities dedicated to 360 video,” says its Facebook page, which also has a picture of a guy sitting on a box that a toilet came in, taking a virtual crap. More here.

We’ve also listed three recent ACOA awards, because somebody should be tracking this stuff. 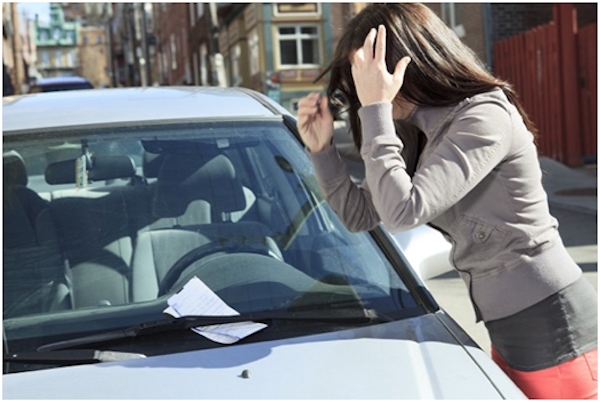 “Halifax regional council is looking at hefty increases to parking fines as part of the 2017-2018 municipal budget,” reports Susan Bradley for the CBC:

The last increase was in 2006, when council approved an increase to parking meter fines to $25 from $20. Fines for other parking violations, such as parking in a fire lane, went up as high as $100.

It is time to do it again, municipal chief planner Bob Bjerke told council Wednesday night.

“We don’t have an effective deterrent with the level of tickets that we have, they are extremely low.”

Parking tickets give good insight into the death penalty… bear with me here.

One persistent theme in capital punishment debates is that the death penalty acts as a “deterrent” to murder. Which is just silly: almost all murders are crimes of passion, momentary uncontrollable rage, or the product of disturbed minds.

Parking violations are probably the only violation of the law where the perp always consciously weighs the risk of of getting caught and the severity of the penalty. You might park in the red zone if you think your chances of getting caught are slim or if the resulting ticket isn’t a wallet-buster. Deterrence actually works in parking enforcement: the greater the penalty, the less likely you’ll commit the violation. If the punishment for parking next to a hydrant were the death penalty, nobody at all would park next to a hydrant.

Then again, the city budget relies in part on some people paying a parking fine, so you can’t make the fine too high — too much deterrence would have a negative effect on city revenues and therefore the level of services City Hall can provide. So maybe we shouldn’t impose the death penalty for a parking fine.

Halifax Transit is pleased to advise residents that beginning on Monday, Jan. 30, automated stop announcements will be rolled out on all bus routes following the initial six-week pilot phase.

Automated stop announcements assist hearing and visually impaired passengers by providing audio and visual announcements of the next stop on board buses, as well as exterior announcements at bus stops of the route name and direction of travel. These cues mean that riders no longer need to rely on the bus operator or other passengers for information during their trip. Tourists, and those passengers who are unfamiliar with Halifax Transit service, also benefit from advanced notice of upcoming stops.

The pilot phase, which was initially launched on 13 select routes in mid-December, provided staff with the opportunity to better understand how the system worked, collect valuable feedback from operators and riders on their experience, and identify some areas where the functionality could be improved.

As a result of important feedback received from operators and riders during the pilot phase, staff identified an issue that occurred occasionally where stop announcements would ‘jam up’ in the queue, and then begin playing later during the route. This issue appeared at random times, regardless of the bus type and the route, but staff worked with the vendor to implement a solution, which has been applied on the entire bus fleet.

Halifax Transit also heard feedback related to the volume levels for on board announcements. Initial adjustments have been made and are part of the full fleet rollout. In addition, staff are in the process of enabling a system feature that will automatically adjust the volume of the internal announcements based on ambient noise levels. This feature will continue to be monitored and modified until the optimal volume setting is achieved, which will ensure that all individuals receive the full benefit from this service.

1. Cranky Letter of the Day

Awesome! Another Coast article letting us know that our live music scene needs help and that some “industry pros” are leading the charge (“A live music strategy for Halifax might be on its way,” The Scene by Rebecca Dingwell, posted January 18)! Haven’t seen too much of “councillor Waye Mason” out on the dance floors lately, but I guess we’re in good hands. Oh, and in other music news, congratulations to:

Like A Motorcycle on their tour announcement to Germany. (Again.) Ria Mae on her Juno nomination. PINEO & LOEB for their recent, top-secret record label signing. Mauno for both a record and booking agent snag. Rain Over St. Ambrose on charting nationally on every friggin’ university station. Cold Smoke 2017 and everyone involved there for having another year of ALL LOCAL musicians and almost selling out one of the biggest rooms we have in the city without investing in a stadium/convention centre. Hillsburn for receiving Emerging Artist of the Year at the Canadian Folk Music Awards.

Biggest congrats of ALL goes out to EVERY SINGLE artist out there struggling to survive and thrive in a city that’s constantly telling you YOUR “scene” isn’t good enough and that THEY are going to fix it for you!

Translingualism (10am, McNally Main 201) — Paola BohOrquez, from the University of Toronto, will speak on “Living Between Languages: Lessons from Translingual Writing”:

What lessons can we draw from migrant and diasporic writing about the process of living between languages? And how can this knowledge shape our intercultural exchanges in increasingly globalized settings? This presentation explores the concept of translingualism as lived experience, textual engagement, and ethical stance with attention to how our sociocultural contexts hinder or foster linguistic fluidity and multiplicity. We will also reflect collectively on the pedagogical implications of translingualism for university teaching. 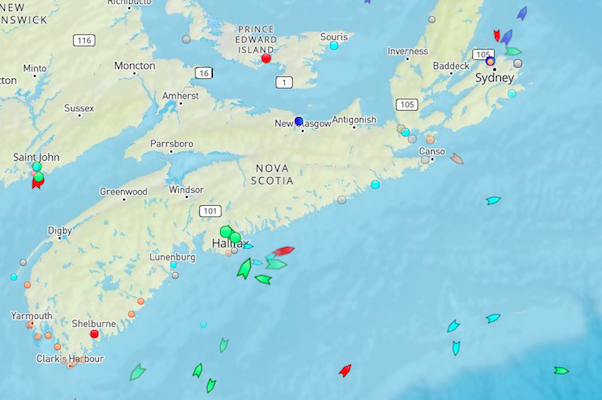 This week has been the busiest publishing week in Examiner history — and there’s still more to come. I hope to make this the new normal, but of course it depends on having a steady flow of subscriptions. Click here to subscribe.