You are here: Home / Featured / The parallels between the Norwegian and Nova Scotian mass murders: how commanders responded to unfolding events 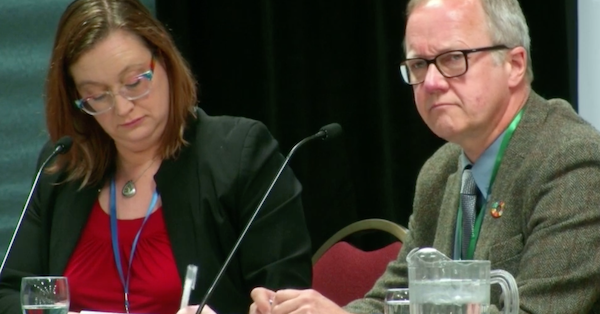 “The next crisis never happened before but that doesn’t mean we cannot prepare for it,” Bjorn Ivar Kruke told a roundtable discussion on Critical Incident Preparedness hosted by the Mass Casualty Commission Wednesday.

Kruke is a Professor in risk management at the Faculty of Science and Technology/Department of Safety, Economics and Planning who appeared via Zoom from the University of Stavanger in Norway. The panel also included other researchers: the manager in charge of the 911 Communications Centre in Toronto, a deputy Police Chief from Cape Breton, and a veteran Police Superintendent from Ontario.

But back to Kruke. On July 22, 2011 a right-wing terrorist set off a bomb in a government district of Oslo that killed eight people and severely injured nine others. Within two hours he had driven to a summer camp hosted by the Norwegian Labour Party on the island of Utoya, where he gunned down 69 children before being arrested by the police. The massacre was a shock for Norwegians on the scale of what Nova Scotians experienced with the mass murder at Portapique.

Kruke told participants in the roundtable that the Oslo Police Incident Commander had ”never seen anything like this.” In Kruke’s opinion, such events are not preventable but the key is to “assess the risks” — for example, are schools, mosques, certain communities, or politicians vulnerable to attacks of violence?

Once the risks are identified, how do police forces and emergency organizations prepare and protect the public in the event of an extreme incident? (As an example, are there enough fire extinguishers in the hotel where the Mass Casualty Commission is meeting?, asked Kruke. For sure there is no shortage of security guards stationed in the halls outside the meeting room.)

Do police have the equipment and training necessary to confront an “active shooter” as witnessed only last week as yet another mass tragedy involving children unfolded at the Robb Elementary School in Uvalde, Texas? One of the panellists, Hunter Martaindale, is the director of research at the American Law Enforcement Rapid Response Training (ALERRT) Center located only two hours away from that school in Texas.

ALERRT was launched following the shooting at Columbine in 1999. Since then ALERTT has taught thousands of US police officers how to engage active shooters without hesitation, but not all police forces have taken that training. As has been previously reported by several media outlets, dozens of police officers remained inside the elementary school in Uvalde for 45 minutes.

“Police training broke down,” said Martaindale. “The officers were not able to get into the classroom because it was locked and the Commanding Officer, the chief, came in and basically halted it and said it was a hostage situation. But there were more options to get into the classroom. We have boxes with keys at the schools, there is breaching equipment at the fire department across the street. Our training tries to instil an options approach in all our trainees to come up with a solution and figure it out.”

Kruke said once the risks have been assessed and police have made a plan to react to a threat, officers must rehearse and revise the plan. “In real life,” he acknowledges, “the level of preparedness is a political decision.” How much time and money do citizens want to spend on SWAT teams and drones and dogs to react to crime compared to investing in more proactive approaches to prevent crime?

In Finland, the retired head of the Police University College told the roundtable that police became more proactive following two mass shootings at schools outside Helsinki in 2007 and 2008. Finland has not had a school shooting since. “Police sought closer cooperation with school authorities and we went to an early alarm system,” said Kimmo Himberg. “We built up a risk assessment system where students of various ages could be psychologically assessed.”

Supt. Wallace Gossen is the Operations Commanding Officer for the York Regional Police force outside Toronto. He’s been on the force for 32 years. He also teaches the Critical Incident Commander course at the Canadian Police College. His take was that where there has been a major loss of life, the weak link has not been the police officers on the ground but the failure to establish a clear chain of command and communications prior to the crisis event.

“The men and women who arrive first on the scene will respond the way they have been trained,” Gossen said. “But as events increase in scope and complexity and commanding officers start coming in, typically we find that is where it begins to break down. Who’s in charge? Where does decision-making lie? So many times when we walk away from these events and ask ‘who’s in charge?,’ three people put up their hands.

“We focus a lot of the training on tactics and operations — the team leader on the ground — but as we scale up the event and more pieces come into play, historically that’s where a lot of the problems have hit,” continued Gossen. “We have spent a lot of time focussing down but we haven’t spent a whole lot of time focussing up. And that’s where you see an awful lot of change in command. A lot of the officers on the ground will maintain that skill set and move through their careers but their bosses change. And that boss wasn’t at the last scenario and they don’t have the background. Those are things that are a very real struggle across North America.”

The Mass Casualty Commission has paid a number of researchers to produce written reports (you can find them here) on various subjects to do with policing, sociology, and stress. “The Institutional Context of Crisis: A study of the Police Response during the July 22 Terror Attacks on Norway” is an online article published October 2018 in the Safety Science Journal. The article is a source used in one of the reports prepared for the commissioners that examines the police response to the bomb in Oslo followed by the mass shooting at the summer camp in Utoya less than two hours later.

The Incident Commander in Oslo received two descriptions of the perpetrator (he was wearing what looked like a police uniform) as well as the getaway vehicle from civilians who called 112 — Norway’s equivalent of Canada’s 911 — just 10 minutes after the bomb exploded. (Sound familiar?)

Call takers advised the Incident Commander, who passed the information to the anti-terrorist police unit that was also involved. The head of that unit decided the information was too vague to warrant action but changed his mind after video camera footage surfaced 15 minutes later. A neighbouring 112 dispatch office provided the description of the suspect and the car to police patrols outside Oslo, but those officers did not heed the heads-up to pursue.

The shooter began gunning down summer campers an hour before the first police officers arrived on the island of Utoya. The boat police used had engine trouble because too many officers were onboard. The SWAT team was unfamiliar with the geography and there was a misunderstanding/delay about where two groups of police were to meet before moving in to stop the shooter.

Here’s part of the article’s summary of the response during Norway’s worst mass casualty event:

The police response presented challenges in terms of managing actor complexity (the number of actors involved and the need for coordination) and uncertainty. Our analysis of the course of events shows that the resources dedicated to strategic management were marginalized during the event and that insufficient attention was directed to intelligence and investigation. This contributed to an ineffective police effort to track and capture the perpetrator and prevent or respond to the secondary attack.

Roundtable participants agree debriefings after critical incidents with police and communications operators (call-takers and dispatchers) can be an important means to prepare for future events. Kruke described it as “a delicate process” where incomplete information or “fear of blame” may get in the way of the lessons learned.

“I have found in my experience, our communications operators want to know that they followed all the policies and procedures and that they did everything they could to make sure the response was what it should have been,” explained Kerry Murray-Bates, the manager of the Communications Centre for the Toronto Police. “Did they do their part? So often our debriefs will be very informal and quick, where a supervisor will sit down with that person and they will review the call and the procedure and perform some mentoring or guidance. This helps the communicator not just professionally but emotionally and I find that that is very important.”

Today’s roundtable discussion includes topics such as the training of Incident Commanders and the impact of stress on decision-making in the field.