You are here: Home / COVID / The Pandemic Diaries: we weren’t so great about mask-wearing and struggled with relationships 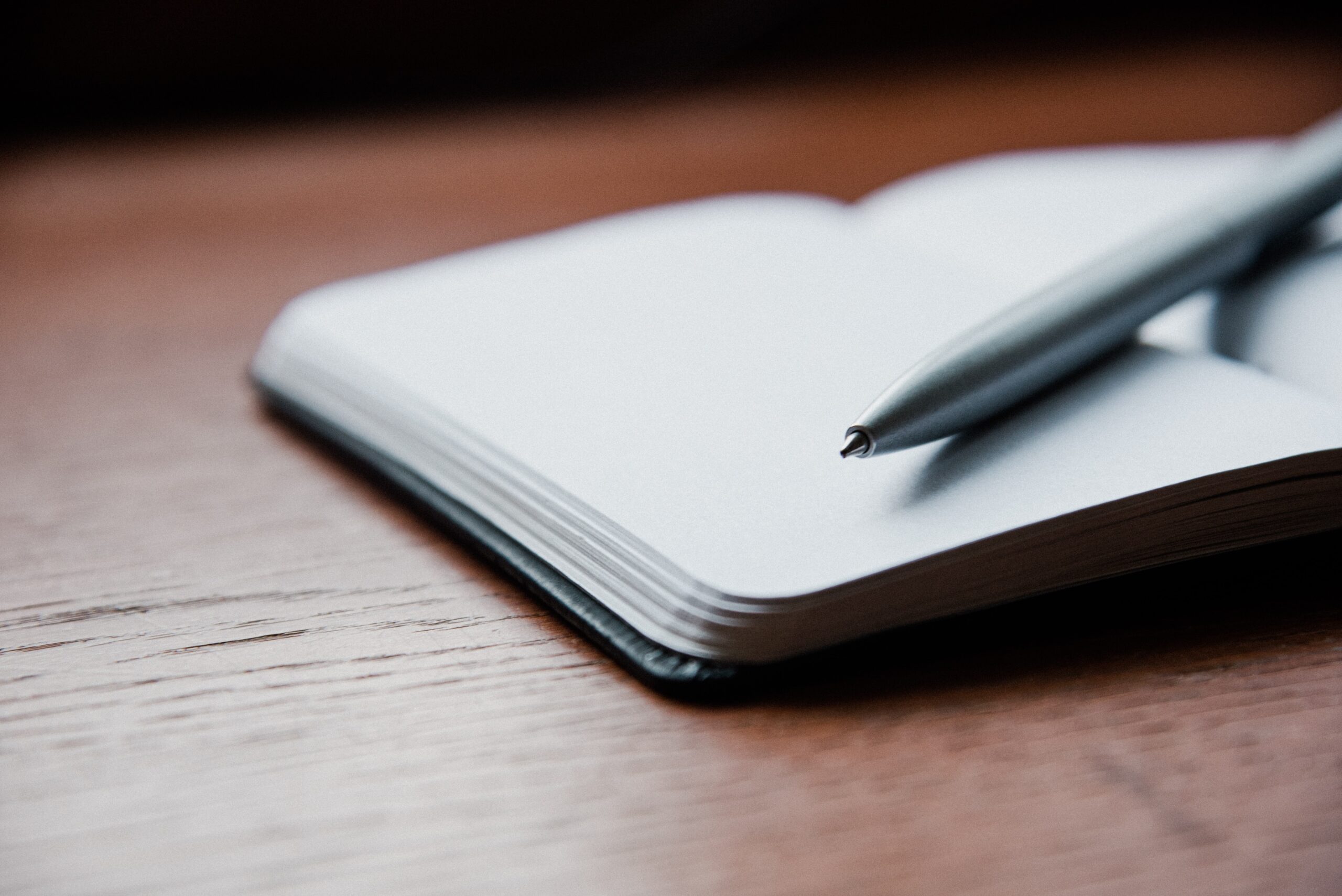 Don’t the early months of the pandemic feel like an awful long time ago?

I remember the first few times I went to Halifax to get groceries. I hadn’t driven anywhere in about 10 days, and the whole experience was exhausting. I lined up to pick up a box of produced I’d ordered, forgot to pick up the mask my sister-in-law had sewn for me, frantically sanitized my hands and the interior of my car repeatedly, and worried about the breaking stories that seemed to indicate the virus surviving on surfaces for days at a time.

The streets were devoid of cars and every movement was hugely anxiety-inducing (for me, anyway). We watched one country after another become overwhelmed with COVID-19 cases — Italy, Spain, Iran — and held our breaths as the deaths piled up closer to home, in Quebec, Ontario, and New York City. Here on the edge of the continent, we waited for what would come next.

I knew these were extraordinary times, and I remember feeling that I should be writing this all down. That I should be recording what I was doing, how I was feeling, what life was like for those around me. But I simply did not have the energy or mental capacity.

At the time, d’Entremont wrote:

Blair said while the diary study will serve as an historical record, it will also help researchers learn how to better respond to mental health and other related needs during future waves of COVID-19 and other pandemics.

“The more data that researchers together can collect about people’s experiences, their risks, who did well, who needed more attention, and who fell through the cracks, the more we know about that now the better we’ll be prepared to respond to these things in the future,” Blair said. 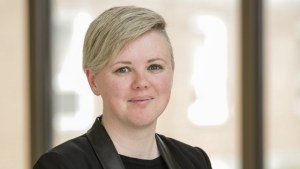 “I think right now nobody wants to think about the next pandemic, but there likely will be one… Researchers want to provide information so next time we can look it up to say this is what works, this is what doesn’t, this is who needs our attention.”

Now, the COVID-19 Interpersonal and Coping Study has published four reports — the first sets of findings to come out of the data collected by the study.

I was one of the people who participated in the study. I figured if I couldn’t get up the energy to write in my own journal, at least I could spend a few minutes at the end of the day answering questions including whether I’d stayed home, managed to maintain distance if I went out, had experienced any violence, and felt like things would be OK in the end. (I’m curious to see what my responses to this last one were, because I imagine they varied wildly from day to day.)

The first four reports from the study cover Nova Scotians’ attitudes towards wearing masks, prior to July 31 when they became mandatory; intimate partner violence in the pandemic, LGBTQ+ people’s experiences, and a broader look at Nova Scotian experiences, compared to those of people from the rest of Canada, in the early months of COVID-19.

Graduate student Bre O’Handley, who co-authored the report on LGBTQ+ experiences, said the data (which were collected in June and July) showed “LGBTQ+ Canadians seem to be struggling more with their mental health, having more difficulty staying safe from COVID-19 and they are feeling more cut off from their usual sources of social support during this time.”

That plays out in harmful coping strategies, like heavier drinking. While that’s been a common response for the population at large, O’Handley said, “there does seem to be a disproportionately negative impact on LGBTQ+ Canadians.”

Overall, the LGBTQ+ people surveyed reported living in more precarious situations, with higher unemployment, and a lower number than the population at large saying they had enough money to meet their basic needs with some left over. The LGBTQ+ respondents who had jobs were also more likely to have employment that forced them to come into close contact with other people.

O’Handley said lockdown measures and the diversion of health-care resources meant trans and non-binary Nova Scotians lost access to hormone replacement therapy and gender affirming surgery, because they were seen as non-essential. “But these gender affirming services are essential for many (not all) trans people when it comes to reducing their feelings of gender dysphoria, anxiety and depression,” O’Handley said.

The lockdown period strained many relationships, but was particularly hard for some of the survey’s respondents. O’Handley said:

For example, one participant who identified as LGBTQ and as a university student explained how when they were told abruptly to leave university because it was shutting down due to the pandemic, their girlfriend decided to break up with them rather than continue the relationship across a long distance. This was understandably heartbreaking for the participant — but when they went home, they weren’t able to tell anyone in their family because they were not yet ‘out’ to their parents or siblings.

At the same time, they had a sibling who was also in a relationship and separated due to the pandemic from their partner and seeing their parents express sympathy and support to their sibling who was just dealing with physical separation, not a breakup, really made the inequity of the situation sting a bit more.

But there were a few bright spots, including what O’Handley called “some of the silver linings” LGBTQ+ people “were finding during the pandemic.” These included resources becoming more accessible to people with disabilities and rural residents by virtue of going online.

Although LGBTQ+ respondents reported being more likely to have experienced COVID-19 symptoms and to have employment that put them into close contact with others, they also reported lower adherence to recommendations like distancing, hand-washing. But O’Handley said that’s likely a result of circumstances, not preference. “Our LGBTQ+ respondents were less likely to feel that adhering to WHO recommendations… was feasible for them, which could be connected to the fact that they were more likely to be working in jobs that require them to leave the house or be in close contact with others.”

At the same time, LGBTQ+ respondents said they were more likely to wear masks than the overall population. Graduate student Marissa Walter, who wrote the body of the study’s mask-wearing report, said that’s not surprising:

2SLGBTQ+ people were more likely to report experiencing stress, depression, and anxiety, as well as physical health symptoms that could understandably lead to heightened vigilance during the pandemic. Generally, the data suggested that 2SLGBTQ+ people were in a precarious position to recover from a global pandemic relative to non-2SLGBTQ+ people…

It is plausible that the decision to wear a mask simply seemed to be more of a no-brainer — a simple action one can take to avoid complications.

Between May 14 and July 5, Nova Scotians did not exactly embrace face coverings, according to the report. The data shows 33% of Canadians saying they did not wear a mask when they went out during the previous seven days, but for Nova Scotians the number was 44%.

When it comes to mask-wearing more broadly, Nova Scotians were less likely to favour mandatory mask-wearing than other Canadians. The top reason listed for not wearing a mask was lack of availability, with a belief that they are not effective coming second. Political considerations didn’t even crack the top 10. “It was a bit surprising that political alienation was not significantly correlated with frequency of mask-wearing, especially given that we saw differences in mask wearing across political lines,” Walter said.

There was also little correlation between how seriously people took the pandemic and whether or not they were likely to wear a mask.

You’d think that someone who takes the pandemic very seriously would be likely to wear a mask whenever in public, but, as the saying goes, hindsight is 20/20. We are much better educated about mask-wearing at this stage of the pandemic. When data collection began in May, there were still some mixed messages regarding the effectiveness of mask wearing, and masks were likely not as accessible as they have become. So, someone who claimed to take the pandemic very seriously when the data were collected may have been engaging in other precautions at that time, such as staying home as much as possible and washing their hands.  My guess would be that if we were to run this analysis again at the current time, we would see a stronger association here.

More reports based on data collected over the course of the diary study will be published in the next few months. The study’s homepage says it may open up to new participants again, “depending on the progression of the COVID-19 pandemic over the coming months.”