You are here: Home / Featured / The Oak Island effect: how Nova Scotia can profit by selling a nonsense tale to the Chinese

“Eventually” is the key word in that sentence since there is no timeline and no obvious financial means to pay a salvage bill estimated to cost at least five or six million dollars based on two previous deployments of the same turbine design.

Click here to read “Tidal recall: the province says it will pay the estimated $5 million to remove the tidal turbine abandoned on the floor of the Minas Basin, but doesn’t say when.” 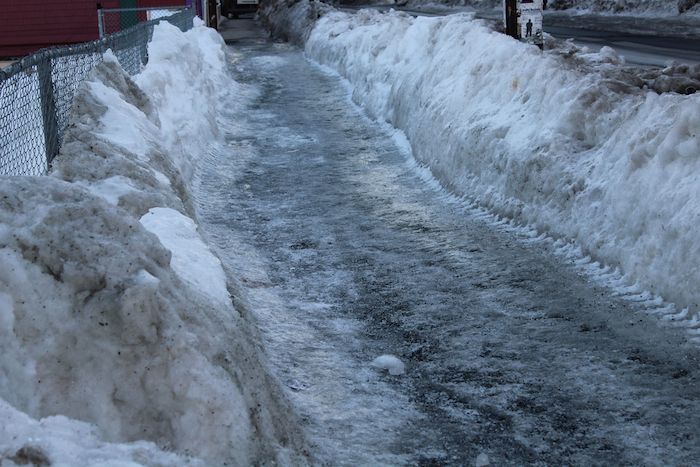 The sidewalk along Gottingen Street in February 2015. Photo: Halifax Examiner

There’s weather today, and on cue, this morning the city issued five tender offers looking for contractors to clear sidewalks. One of the tender offers is misnamed on the main page of the province’s Tender website — HRM-19-041 is listed as for Zone SWZ5 – Halifax Peninsula South, but it’s actually for Zone SWZ6A – Halifax Penninsula – West.

In 2017, Halifax council agreed to a plan that had consolidated 33 former zones into seven, and then entered into two-year contracts for those seven zones. Those contracts expire next Monday.

It appears the new zones are smaller than the previous zones, and perhaps more zones will be added to the tender site later today or tomorrow.

One thing jumps out at me: the contracts will be for four years, with the possibility of two-year extensions. I don’t know if this is the result of pressure from the contractors, or if city administration simply wants to kill any notion that sidewalk clearing can be brought back in house any time in the foreseeable future. I suspect the latter.

Halifax council will have to approve the contracts to the winning bidders, so there’s still time to intervene. 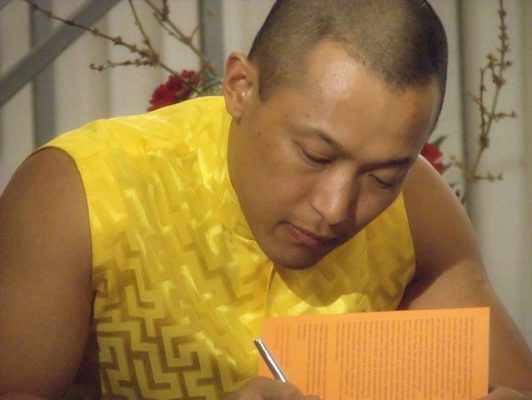 Carol Merchasin, who collaborated with primary author Andrea Winn on the Sunshine Reports that broke open the sex abuse allegations against Shambhala leader Mipham Mukpo and within the Shambhala organization generally, has penned an open letter in response to the Wickwire Holm investigation into those allegations.

You’ll recall that Wickwire Holm lawyer Selina Bath was hired by Shambhala International to look into the sex abuse allegations. In her open letter, Merchasin pointedly faults Bath for failing to properly investigate three areas, most notably the “Complicity of Shambhala Teachers and Other Leaders.” Merchasin writes:

In both the June and July 2018 BPS investigative memos, I raised concerns about leaders who were complicit in the Sakyong’s misconduct. There were credible witnesses supporting the allegation that David Brown, Jesse Grimes and Mitchell Levy knew that the Sakyong had sexually assaulted a woman in Chile in 2002.

Similarly, Joshua Silberstein, Wendy Friedman, Adam Lobel and others knew of the Sakyong’s assault in 2011. Some Shambhala leaders and teachers were also aware of the Sakyong’s misconduct in the 90s and early 2000s. For example, a woman who did not want her allegations investigated told me that after she reported to Shambhala that she was assaulted by the Sakyong in the early 2000s, someone was sent from Halifax to talk to her — not to assist her, but to make sure she did not make her experience public.

Yet, none of these allegations of complicity were investigated. This is not normal, nor right. It is certainly not a way to restore trust to a community.

I am acutely aware of  the Interim Board’s loyalty to the Sakyong and possibly to some of the very people who were complicit. I recommended an independent monitor specifically for this reason — so that when all was said and done, there would be no concern about manipulation, about true independence, about the scope.

What I know is that a portion of the investigation was halted in December and the issue of the complicity of Shambhala leaders was eliminated from the scope.  In 25 years of practice, I have never had a client that would dare to do either. I  do not understand how an organization whose mission is to create enlightened society can hold itself below the moral and legal minimums of the society it wants to enlighten.

Used to be, when I travelled to the states, the only thing Americans knew about Nova Scotia was Anne Murray; now they’re always asking me about Oak Island.

The Curse of Oak Island TV series has got to be the the most successful scam in local history.

Oak Island pops up in what must be Aly Thomson’s last article for the Canadian Press, which looks at treasure salvaging legislation in Nova Scotia; one diver, Jeff MacKinnon, says that by mostly outlawing treasure hunting, the legislative changes have encouraged looting. Thomson writes:

Meanwhile, treasure hunting is being carried out with great fanfare on Nova Scotia’s south shore on Oak Island, the subject of a popular History channel television show, “The Curse of Oak Island.”

The provincial act that regulates that project – the Oak Island Act – was enacted after the Treasure Trove Act was repealed to allow work on the small island to continue.

MacKinnon believes it’s unfair that treasure hunting is allowed to happen on Oak Island while other, perhaps even more culturally significant sites, sit largely unexplored on the ocean floor.

He said it’s also a missed opportunity, given the commercial success of the television show. There are plenty of known sites that could make for their own television shows or documentaries, and in turn, promote the province and ultimately boost tourism, he said.

Oh, great. Soon we’ll get a bunch of credulous Americans tromping over the place looking for wrecks and fortune.

But if we’re going to make it provincial policy to separate fools and their money, may I suggest going after the Chinese variety of fool? There are more Chinese than Americans, and a lot of them have more money.

Remember the nonsense that was The Island of the Seven Cities? Based on no evidence at all, Paul Chiasson wrote an entire book claiming that in the 15th century the Chinese sailed to Cape Breton, built a city, and then got the Mi’kmaq to wear Chinese dress. It was patently absurd, but that didn’t stop CBC reporter Tom Murphy from doing a non-skeptical segment that was aired on The National:

For sure, like The Curse of Oak Island, the Chinese City in Cape Breton is utter bullshit, but that shouldn’t stop us from profiting from it. Some enterprising filmmaker should work up a proposal and shop it to whatever the Chinese version of the History Channel is, the McNeil government can subsidize a Hong Kong-to-Sydney ferry, and lickety-split, we’ll have Chinese tourists filling up the airbnbs.

Stephen Kimber has a short essay in Atlantic Business looking at the role of women in media and business:

The mere presence of more women, not only inside newsrooms but also, increasingly, in positions of power in news organizations, has changed our definition of news for the broader and better.

Can you imagine the New York Times, circa 1979, committing the resources necessary to uncover bad behaviour by the likes of Harvey Weinstein, Bill O’Reilly et al? And giving those stories such prominent display we are now in the middle of an historical #metoo reckoning? I can’t.

Or how about the managers at the Globe and Mail allowing reporter Robyn Doolittle to spend 20 months gathering data from 870 police forces, crunching numbers and writing previously unwritten stories demonstrating conclusively how our police forces consistently refused to believe women who said they’d been raped?

Changing the composition of newsrooms changes our definition of news. For the better. The same, of course, could/should be said of businesses and boardrooms.

We should be celebrating — or at least marking — those changes, but we should also be noting just how much work we still need to do. There is still a distinct lack of diverse voices (indigenous, African Canadian, those of other colours, immigrants) telling their stories and making those stories part of our shared experience. In the media. And in the business world. 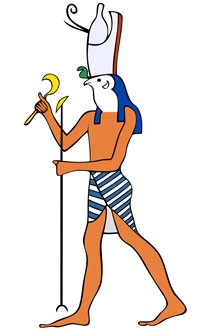 Community Design Advisory Committee (Wednesday, 11am, HEMDCC Meeting Space, Alderney Gate) — if you for some reason wants to completely waste your time by going to a meeting that will discuss the completely meaningless Centre Plan, here’s your chance. But consider: you could instead clean the lint out of your navel, or alphabetize your spice rack, or use a ouija board to try to communicate with the Egyptian god Horus (the fellow with the falcon head, pictured above) — any one of which would be a far more productive activity with far more useful real-world results than worrying yourself about the Centre Plan.

Public Accounts (Wednesday, 9am, Province House) — I very much want to post another picture of Horus here, but I’ve already used that joke.

Nothing worth writing home about. 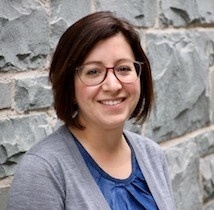 I’m behind on everything, but gotta shovel out first.

Sometimes my headlines are personal SEO jokes. Slap “Oak Island” in the headline, and google dot come works some serious magic. (Because we have no advertising, the Examiner doesn’t make any money from people simply coming to Morning File; that requires real subscriptions.)

I have no coppyeditor today. Please be kind.