You are here: Home / Featured / The never-ending search for enlightenment and murderous Icelandic models 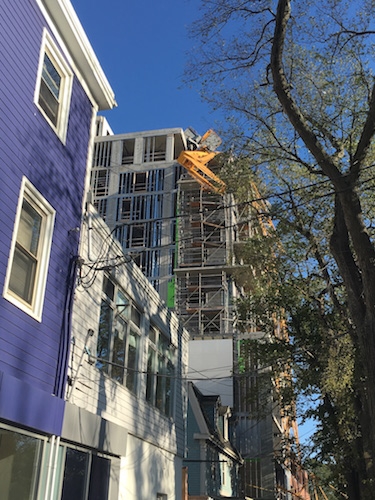 A fire department release from yesterday:

The evacuation order is necessary to protect the safety of residents living near a construction crane that collapsed during Hurricane Dorian.

The evacuation order is being issued for reasons of protecting the health, safety, and welfare of occupants in the above noted properties, and to remove them from present and imminent danger.

This decision follows advice received at a meeting this afternoon with structural engineers, as well as representatives from the Department of Labour & Advanced Education, Halifax Regional Police, Transportation & Public Works, and the associated property owners.

The evacuation order commences immediately and will continue until the situation can be stabilized and risk to residents can be mitigated.

HRFE will be meeting with partner agencies to provide input on the plan for safe removal of the crane.

I had intended to stop by the Stillwell beer garden yesterday but it was closed as it’s pretty much directly under the dangling remains of the crane. Police were keeping people well away but it looked from a distance like workers were trying to figure out what to do with the crane.

“A Global News investigation has uncovered what appears to immediate, life-threatening risk on some Nova Scotia construction sites, say sources with expertise in construction health and safety,” reports Elizabeth McShefrey for Global:

They allege the footage contains dozens of occupational health and safety concerns, ranging in severity from workers without hard hats under heavy metal objects to workers at extreme heights without any fall protection.

Other possible infractions captured in the tape include uncapped rebars, which can pose risk of impalement, inadequate or non-existent guard rails to protect workers from falls, sites with damaged or no fences to prevent public access, trip and fall hazards, and others.

The footage was shot and obtained in the Halifax area between July and August with assistance from whistleblowers, and raises serious questions about compliance with safety regulations in Nova Scotia.

This is excellent reporting by McShefrey — be sure to watch the video.

A few weeks ago, I watched as a construction crane was being assembled on a Sunday at another development site in town. I was so alarmed by what I considered a lax attitude on the part of the construction workers — no hard hats, workers climbing atop the structure with no fall protection, an open construction site that was ripe for drivers to drive into an open pit — that I contacted the developer. The developer contacted the crane company, and later forwarded the response to me, which in essence told me that I was all wet because I didn’t take photos:

You state that this is a highly respected journalist, yet he has made claims without so much as a picture to show proof of said claims. These false accusations could jeopardize the reputation and careers of two young, incredibly talented, and eager young individuals in a trade that is lacking youth interest.

I know what I saw, and even commented to other onlookers as it was happening.

I’ve since been watching the site and have noted no safety concerns.

Regardless, I’m going to be looking at those cranes differently from now on. And taking photos. 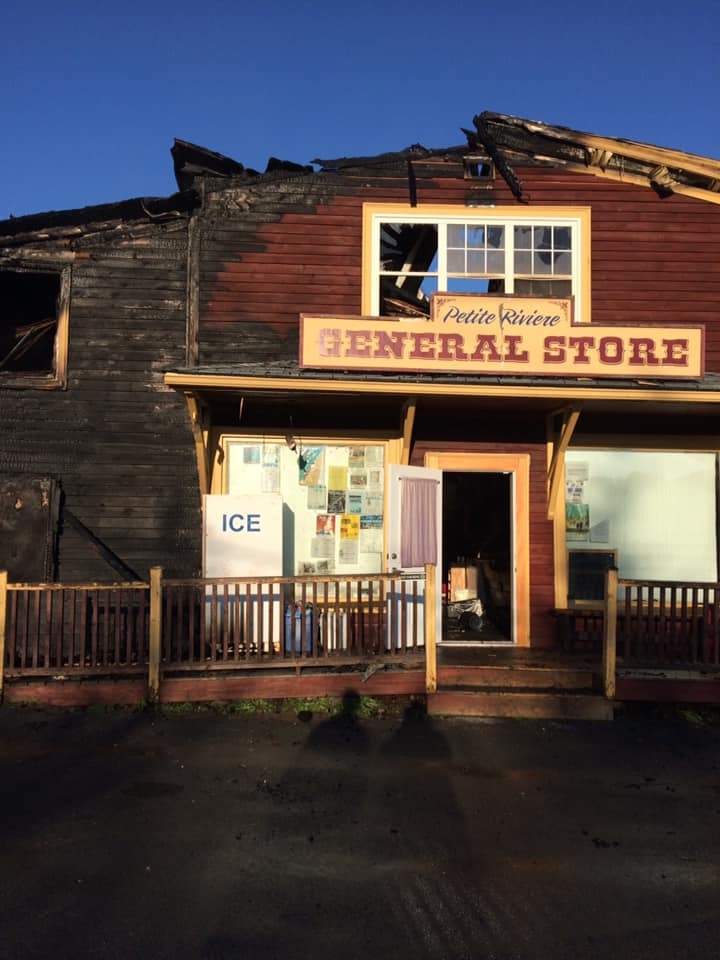 “The beloved General Store in Petite Rivière, N.S., is closed after a fire broke out early Monday morning,” reports Brooklyn Currie for the CBC:

The store’s co-owner, Peter MacNeil, said neighbours heard a loud bang around 1 a.m. AT and rushed to see what happened.

Peter MacNeil was once the Director of Venture Capital at Nova Scotia Business, Inc. In that position, he helped shepherd $5.6 million in public money to Unique Solutions, the corporation that was going to make us all rich by selling body scans to people with self-image problems, so they wouldn’t have to try on clothes in American malls. Through his NSBI position, MacNeil became a board member at Unique Solutions, and then married Unique Solutions founder Tanya Shaw. The company subsequently went kaput, and we all didn’t get rich after all.

MacNeil and Shaw then bought the General Store. People through the years have asked me about that, but I figured Shaw and MacNeil are allowed to get on with their lives, and I don’t wish them any ill will, so I haven’t commented on it.

More recently, the couple has started the Osprey’s Nest Public House, part of a oceanside development called Atlantic Breezes, which has the following sales pitch:

Do you dream of living by the ocean?

Then look no further than Atlantic Breezes, where oceanside living meets affordability in 30 estate lots by the sea.

Situated in the picturesque rural community of Petite Riviere along Nova Scotia’s famed South Shore where Samuel Champlain first set anchor in 1604, Atlantic Breezes is a new subdivision development with very high standards for those looking for real estate with a lifestyle.

A leisurely 90 minute drive from Halifax, the South Shore of Nova Scotia captivates even the most seasoned world traveler. Better known as the “Lighthouse Route,” it is renowned for its magnificent beaches, picturesque fishing villages, and historic landmarks. Combined with the delights of local restaurants, shops, galleries and cultural events, in communities such as Lunenburg, Chester and Mahone Bay, the South Shore offers a very high quality of life and slower pace — and some of the most down-to-earth and friendly folks around.

We invite you to explore the possibility of pursuing your dream of living on the South Shore of Nova Scotia within a high quality residential setting and at an affordable price, while you still can.

Now that annoys me.

So far as I can determine, however, neither the General Store, the pub, nor the development have received any public financing. 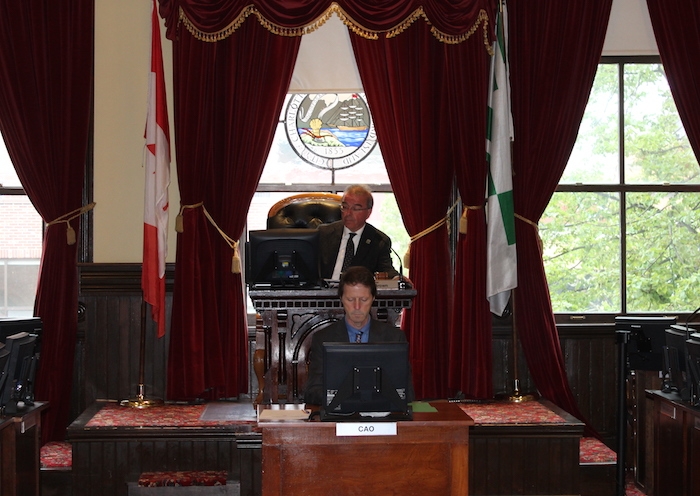 “Coun. Bob Doiron isn’t letting go of his accusations that the City of Charlottetown and its CAO Peter Kelly spent close to $1 million on asphalt paving without council’s approval,” reports Dave Stewart for the Charlottetown Guardian:

Doiron, who has been pressing the subject for months, was back at it again during council’s regular monthly meeting on Monday.

Doiron is referring to the 2018/19 budget year when the city had set aside $3 million for paving. He said two tenders council approved came to about $2 million but the city went out and spent another $940,000 on some additional streets. 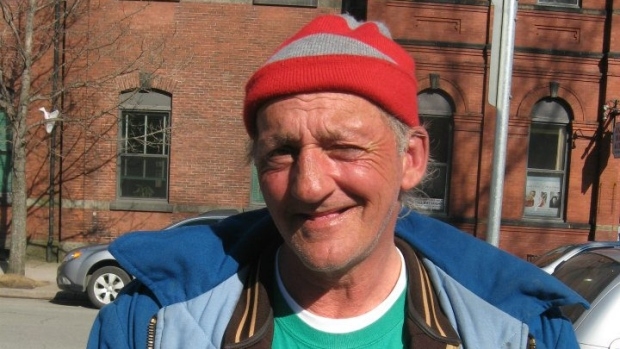 “A young New Brunswick man has admitted he was impaired by alcohol when the car he was driving struck and killed Wray Hart on a sidewalk in south-end Halifax in January 2018,” reports Steve Bruce for the Chronicle Herald:

Dennis Donald James Patterson, 24, pleaded guilty Monday in Halifax provincial court to a charge of causing death by driving with a blood alcohol level above the legal limit of .08.

Wray Hart, 62, of Halifax died after he was mowed down on a sidewalk on Queen Street by an out-of-control Toyota Corolla just before 3 a.m. on Jan. 27, 2018.

Hart was a familiar face in the south end, where he could be seen collecting recyclable cans and bottles and hanging around in front of the former library on Spring Garden Road. 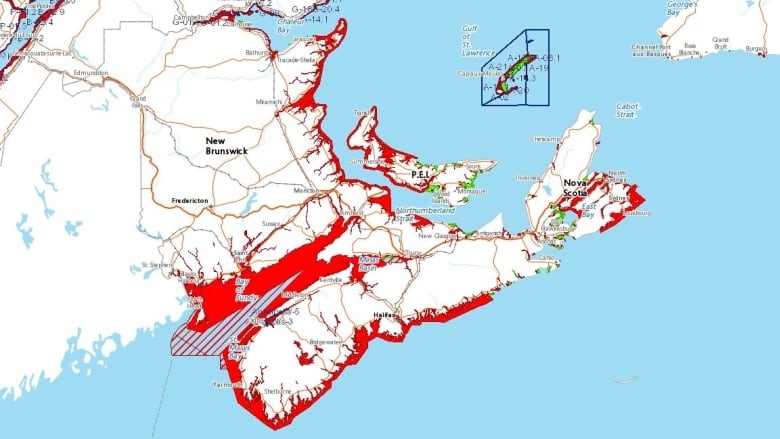 The red borders on this map from DFO indicate the areas that have been closed. Graphic: Department of Fisheries and Oceans via the CBC

“The Department of Fisheries and Oceans has announced the closure of a large number of shellfish fisheries in the Maritimes following heavy rainfall from Hurricane Dorian over the weekend,” reports Nicole Williams for the CBC:

In a release, it said the closures will remain in effect for at least a week and are in addition to closures already in place.

For Nova Scotia, it includes portions of Cumberland, Colchester and Pictou Counties, from Lewis Head near the mouth of the Philip River to Cape John.

DFO said the closures are to protect fishermen and the public because “eating contaminated shellfish can lead to serious illness or even death.” 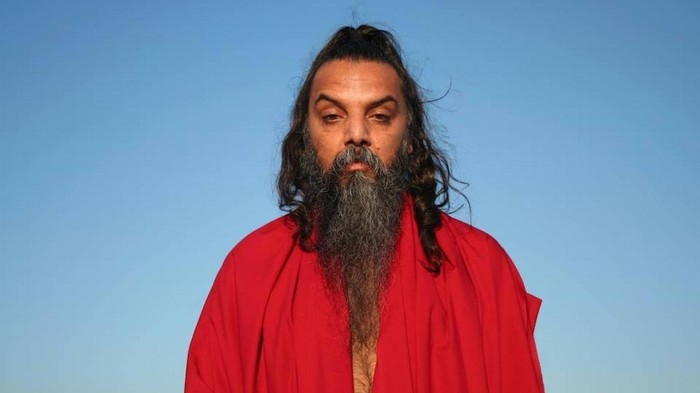 Ozen Rajneesh claims to be the successor of Osho. Photo: Ozen Resort/Facebook

My friend and sometimes colleague Hilary Beaumont has published her last article for Vice, “How a ‘Fake Guru’ Set Up a ‘Wild Wild Country’-Style Commune in the Mexican Jungle,” and boy howdy, what a read. It follows Ozen Rajneesh, who “claims to be the successor of Osho… the controversial spiritual leader who had built communes in India and Oregon and was featured in the popular Netflix series Wild Wild Country.”

When I reached out to him, Ozen said he had suddenly been hospitalized and couldn’t answer my questions, but he continued to send frantic WhatsApp messages for days. He said the real story was that his Icelandic model ex-girlfriend was trying to murder him, accused me of being “a fraud or hacker” and colluding with a former member to take him down, and repeatedly referred me to his website.

We all have an Icelandic model ex-girlfriend trying to murder us, but that doesn’t usually cause us to claim to have superior spiritual insight.

More seriously, people get taken by shit like this — lots of money, and perhaps maybe even a life in this case.

It makes me think of the Shambhala mess. Or my own Catholic upbringing. Or… well, a lot of people seem to have this inordinate need to give themselves up to the unknowable, and there’s no shortage of people who will step in to take advantage of that need.

There are no Buddhas, no saviours, no answers.

There might, however, be murderous Icelandic models. One can hope, anyway.

Health (Tuesday, 10am, Province House) — all about doctor recruitment.

Public Accounts (Wednesday, 9am, Province House) — the committee will ask TIR deputy minister Paul LaFleche about the use of a P3 for twinning of the Highway 104 between Antigonish and Pictou Co.

I was tied up all day yesterday on a special project, so today’s Morning File is a bit skimpy. I’ll tell you about that project soon, I hope.