1. What makes a disability?

A Nova Scotia woman can’t get a federal income tax break for her hard-of-hearing toddler because he has hearing aids, so the problem, according to the federal government, is solved!

Pam Darnoff, a Liberal MP from Ontario, thinks that’s ridiculous. “You’re covered for a wheelchair, which assists you in movement,” she said to the CBC. “But you’re still paralyzed.”

Charlotte Waters, from Lunenburg, started a petition to reframe how hearing impairment is measured for federal tax purposes. She wants tests to be conducted with in a normal setting with some ambient noise, which people have to deal with every day, rather than in a quiet room.

There’s some interesting discussion over whether Deafness is considered disability or identity. But I think we can have those discussions while also making sure this kid and his mom are entitled to a cool $250.

After these things happen, someone is always like “Woe betide these violent striking ruffians! How can they be so selfish — who will think of The Children!”

Not in Halifax, at least not so far. Metro’s Zane Woodford reports:

“I think they’ve got a lot of valid concerns,” he said.

Teresa Kelsie told Metro she supports teachers, and believes they’re the most important people in children’s lives, apart from their parents.

In more solution-oriented strike-related news, Halifax’s outside workers just got a contract.

3. Will the Cogswell Interchange die already? 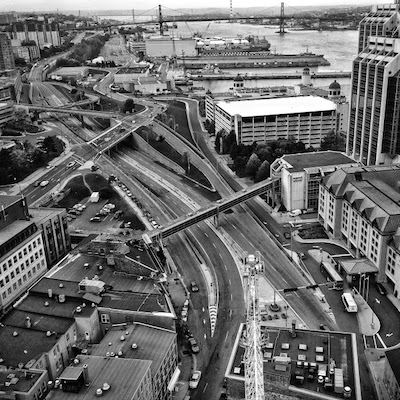 Swear to the heavens, a friend recently told me about the history of the Cogswell Interchange and I thought it was some kind of joke. But nope, Halifax really built an on-ramp in 1971 as part of “grand plan for a waterfront expressway,” then never built the expressway, but left it there like some kind of Sarah Palinesque Bridge To Nowhere for decades. WOW, you guys.

Anyway, in an information session last night, an official said the interchange may soon be coming down, in a move that would make Jane Jacobs proud. By soon, I mean like, soon in Nova Scotia Development Time, so — not super soon at all? And again from Zane Woodford in Metro:

Project director John Spinelli told the crowd that more public consultations will start in early 2017, and the 60 per cent design completion threshold will be crossed between April and June, at which point council makes a decision on whether to proceed.

The plan is to create up to 1,600 residential units to house up to 2,500 residents, create six acres of development, six acres of street space, four acres of public space, and three kilometres of bike lanes.

You know what would be be funny? If the interchange got torn down and replaced by a gaping hole as part of a “grand plan for development and public space and bike lanes,” then the plan never happened, but we kept the hole for 40 years. Can we please do this just for the irony? I think it would be worth it.

“It shocked me … I thought it was B.S. that they didn’t offer the cheese anymore,” he told CBC Radio’s Mainstreet. “I don’t understand the need to subtract something that makes something more edible.”

A Kentville man faces more than 20 charges of sexual violence involving children, and a Halifax man will stand trial for second degree murder in a fatal Dartmouth shooting.

1. How about we cool it with the austerity measures?

So suggests Jordan Brennan an economist with Unifor and the CCPA. This guy’s writing is, er, dense. But it’s an intriguing read; Brennan points out that even the International Monetary Fund and other international finance organizations have doubled back on whether austerity really leads to economic growth. But rather than taking the cue from the big boys, Brennan says, Nova Scotia’s Liberals continue cutting services to pay off debt instead of focusing on job growth. Boo hiss.

2. Cranky Letter Of The Day 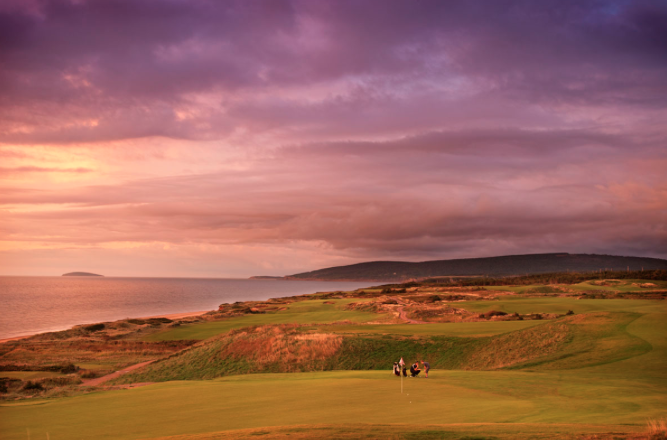 Inverness has a swanky golf clubbing and hoteling sitch going on now, and Invernessers have — well — FEELINGS ABOUT IT. The latest of some of the back-and-forth, from the Inverness Oran:

I am addressing this letter to Anton Selkowitz. Anton, I have known you for a long time now, and on a personal level, I have no issues. However, your continuous rants in our local newspaper regarding Cabot Links are…well…to be blunt, making me sick.

Before Inverness had golf courses on our shores, they had a dump and pigeons covering most of the land. Now there is a beautiful golf course with buildings to accommodate the people who come from all over to golf. Local businesses are making more money and people overall are excited about their hometown. Houses are sprucing up and there is a feeling of pride in the air – and you are doing nothing but carping at every detail!

P.S. You went over the top, Anton, when you embarrassed Dougie Cameron at a public meeting and felt so damn good about it you put it in a letter for all to see. That is disgusting! Dougie Cameron is as fine a gentleman as you would want to meet. He and his wife have quietly been the best of volunteers in this community and respected throughout. How dare you even try to put yourself in his shoes? How much volunteering have you done, Anton, and just who appointed you Lord and mayor of all things here?

I can’t with this photo, taken by a friend in Brooklyn, New York. I can’t: 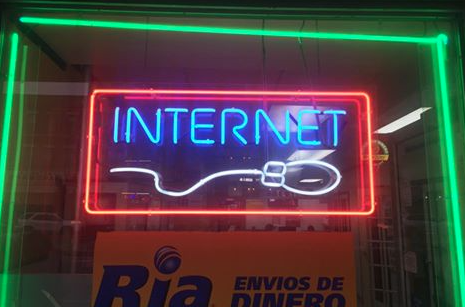 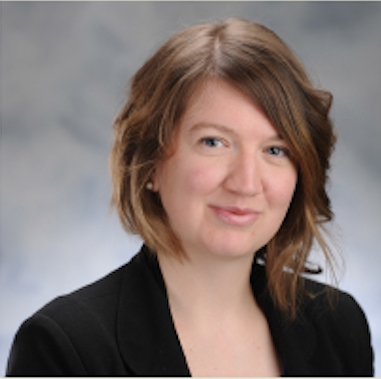 For over 115 years, the American Mathematical Monthly has served as Mathematic’s most widely read journal for general audience papers. The Monthly holds a unique niche amongst journals in the Sciences, as its articles are intended to inform, stimulate, challenge, enlighten, and even entertain; Monthly articles are meant to be read, enjoyed, and discussed, rather than just archived. The long history of the Monthly does not just include papers which had significant impact on both the research and teaching communities, but its articles can be used as a mirror which reflects the trends and attitudes of not only Mathematicians, but academics in general.

In this talk, I will briefly cover the history and accomplishments of the Monthly. I shall then look at three papers, one from the past pages of the Monthly, another that has recently been published, and a third which will appear over this coming summer. I will close with a brief discussion of some of the topics fueling the ever changing world of academic publishing.

Until this summer, Vancouver’s economy appears to have relied for more than two decades on the creation of a bustling consumption-oriented landscape in order to attract external speculative investment to the city’s real estate markets. This in turn required being able to retain in the city both a middle-class population with sufficient disposable income to sustain the leisure and consumption sector and a low-waged population of service workers residing in close proximity to that sector’s workplaces. In this talk I argue that, by facilitating the retention of these two crucial segments of the population in the city, basement apartment rentals were quietly central to Vancouver’s outward-faced economic model.

Mini Medical School (7pm, Theatre B – Tupper Link Building) —  Two Presentations:
“Wellness in Aging — 80 is the new 60” by Graeme Bethune, followed by “Endoscopy: A Cruise Through the Alimentary Canal” by Mohsin Rashid.

After the Sands (7pm, Ondaatje Auditorium, McCain Building) — Gordon Laxer will speak about his book, “After the Sands: Energy and Ecological Security for Canadians.”

The Law of the Sea (7pm, Room 104, Schulich School of Law) — Tore Henriksen, from the Arctic University of Norway, speaks on “The Arctic Ocean, Environmental Stewardship, and the Law of the Sea.” 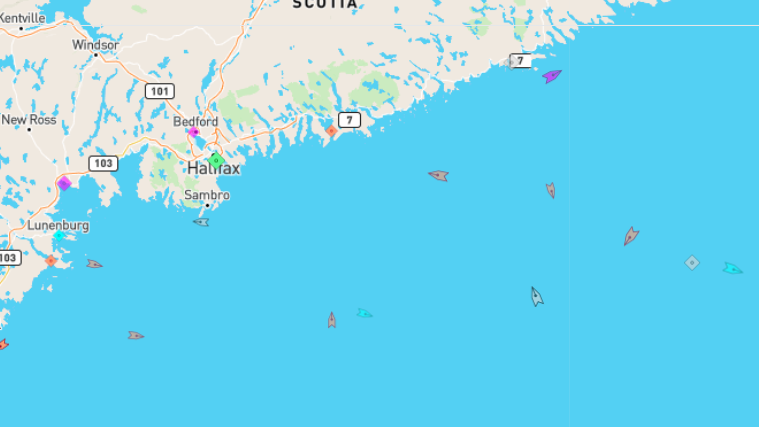 The sea around Nova Scotia, 9:15am Thursday. Map: marinetraffic.com

Friday
7:15am: Nolhanava, ro-ro cargo, arrives at Pier 36 from Saint-Pierre
8:30am: AIDAmar, cruise ship, sails from Pier 20 for Portland

These are miniature cows. (HT HuffPost Hill, your best source for US politics animal vids.)