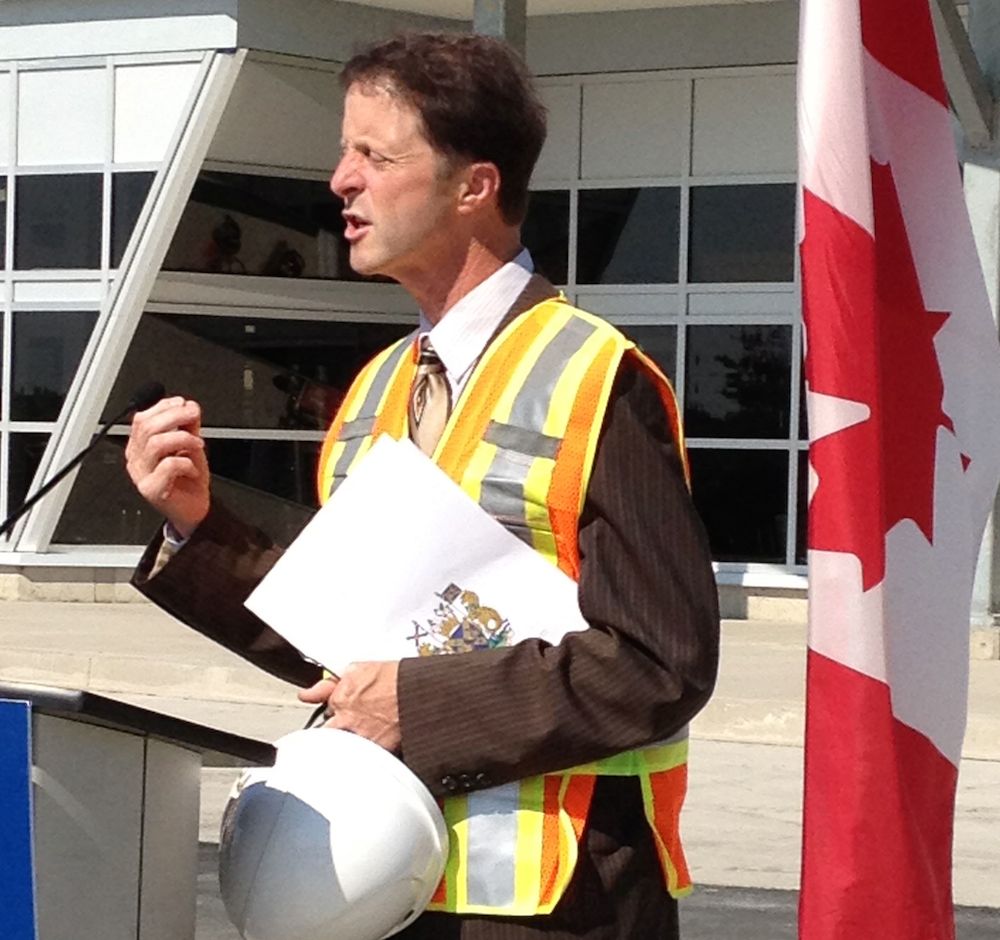 Former Halifax Mayor Peter Kelly has landed a new job as CAO of Westlock County, Alberta. As I reported yesterday, at least one of the councillors who hired Kelly was not told about the financial scandals that marked the end of Kelly’s term in Halifax. (The article is behind the Examiner’s pay wall, and so available only to paid subscribers; to purchase a subscription, click here.)

Although county reeve Bud Massey assured me he knew all about it, news of Kelly’s checkered past seemed to catch most of the rest of Westlock County by surprise. An article yesterday in the Westlock News reported that:

Several Westlock County residents have already raised concerns, phoning and emailing the Westlock News office. Most declined to comment on the record, but long-time county resident Carl Larsen said he was shocked when he looked into Kelly’s background and doesn’t think he’s the right choice [for the job].

“With all this background and all the scandals…it’s crazy,” he said. “My blood started to boil when I started to read some of this. I don’t hire an employee without Googling his name, and that’s just to do a tire repair. This guy’s dealing with our money and everything else.”

The problem, explained Kelly to the Westlock News, was that:

“In this one particular concert things were not going well, from what I recall, and we worked with the promoter trying to front or loan some money until it was paid back,” he said. “Ticket sales were slow, and he had financial commitments he had to meet, so we gave sort of a loan. The intent was that once sales picked up that was going to be paid off.”

PEE went out of business, leaving about $360,000 worth of those loans unpaid. Kelly said the loan itself was done without the knowledge of council as a whole, and he was acting on the advice of Halifax CAO, Wayne Anstey and didn’t think he was breaking any rules of Nova Scotia’s Municipal Government Act.

“I worked with the CAO. Between us we had come up with that process, and I presumed he had worked with staff,” he said. “To my recollection at no time did the CAO say this was contrary to the MGA.”

He described his actions as “naïve,” and said he and the rest of council took steps to ensure nothing similar would happen again.

“Obviously lessons were learned because the auditor general did come in afterward and he did a report on the whole situation,” he said. “We changed policies and we changed procedures. What happened then will never happen again.”

This is classic Kelly: mischaracterize events, blame someone else, say “lessons were learned,” and move on to the always-bright future. Anyone who points at the misdeeds and wants accountability is a “naysayer” caught in the past, and “it’s time to move on.”

But in reality, that’s not at all how things unfolded. The loans were not just for the Black Eyed Peas concert but rather for concerts dating back as far as the Paul McCartney show, and they totalled over $7 million. Auditor general Larry Munroe pointed out (pages 46 and 47) that the risk to the city at one point reached $7.7 million. And Kelly was completely aware of the dodgy nature of the loan scheme, going so far as to host a secret meeting at the Sunnyside Restaurant in Bedford instead of at City Hall so that city staff wouldn’t key in on the plans.

A July 29, 2009 email sent directly to mayor Peter Kelly from a person whose name is redacted, but more than likely MacKay, announces a creative solution: “In a meeting I had with Scott [Ferguson, president of Trade Centre Limited] today he mentioned that it might be possible to have funds covered through the TCL as long as he had coverage from his end from the City or Province. The concept would be that TCL holds as an advance on next year’s shows which we should have locked down by Nov/Dec as that it our strategy. Our plan confidentially would be for two more back to back shows and we have some very solid leads at the moment.”

In short, Ferguson was suggesting that MacKay’s loss on the McCartney show could be covered by the city or province advancing money based on future sales of tickets for shows that did not yet exist.

“My problem is I don’t have any more money to cover the advances with,” wrote Anstey on Saturday, March 27, 2010, at 2:13pm. “To make this work, Ticket Atlantic is going to have to take on 300K of risk on the Country show, thereby freeing up 300K of Metro Centre money for this show or alternatively take on 300K of the risk for this show. Overall, HRM will be carrying two-thirds of the risk with virtually no return, whereas Ticket Atlantic will only carry one-third with at least the opportunity to make some money.

“What do you say, Scott. Can’t we work together to make this work?”

At 8:14pm, Ferguson wrote back to Anstey, saying that “the auditor general has already put us on record regarding risk as a result of the past world events we hosted. I am not permitted to do so again.”

Evidently, Ferguson had used an advance-on-ticket-sales scheme for the world hockey tournament held at the Metro Centre, and was reprimanded for it. But that didn’t stop him from recommending the exact same scheme to the city.

“I could advance the funds from hmc if it was approved from your end,” writes Ferguson, seemingly suggesting that the money come not from the city’s Metro Centre surplus fund, which was depleted, but rather from Metro Centre’s operating funds. “The risk would only be short term as I expect the additional 300K would be returned within a week of the onsale.”

Eleven minutes later, at 8:25pm, Anstey wrote back to the redacted person. “Scott has agreed to the funding. I’ll get the paperwork to you on Monday morning.”

Monday evening, at 5:19pm, Anstey wrote back again, saying that he “just got the cheque from TCL. I will send it to you first thing in the morning, unless you want to pick it up at my house tonight.”

Scott Ferguson had been told directly by the provincial auditor general that loans from advance ticket sales were improper, and was ordered not to make them again, and so he suggested that the city make the loans, causing the entire scandal to unfold. So what does Ferguson get for initiating the mess? A big new convention centre and a hefty raise. That’s accountability, Nova Scotia style.

Moving on to the Mary Thibeault estate… recall that Kelly had removed over $160,000 from the dead woman’s personal bank account, shifting the money into his personal control, and never reported the money as part of Thibeault’s property at death. Kelly told the Westlock News that

“The probate has signed off on it…All funds were there, so at the end of the day the matter is closed and signed off and there is nothing outstanding.”

Well, yea. Only after seven years. Only after a major expose in a newspaper revealed his chicanery. Only after a court removed Kelly as executor. Only after the other heirs demanded full accountability. Sure, yea, the court signed off on the deal.

Inevitably, whenever I write about Kelly I get a chorus of people telling me it’s time to move on, or I’m unfairly harping on Kelly. But this isn’t about Kelly. It’s about our broken governance and justice systems. In any civilized place, Kelly, Anstey, and Ferguson would’ve been charged with theft of public funds. If you or I had taken $160,000 from a dead woman, you can bet that we’d be charged and thrown in jail, even in Nova Scotia. But we have a justice system that holds regular people to a standard that doesn’t apply to the elite.

Earth Hour—when everyone is supposed to turn off their lights for an hour, to raise awareness about climate change—has always struck me as too gimmicky. But reading between the lines, a staff report recommending that the city not take part in this year’s Earth Hour seems more about cutting staff expenses than re-purposing resources in a more green direction.

3. CBC has lots of money

So much money that they can fly a crew out to Sable Island for a week.

4. Oil industry has a sad

The Canadian Association of Petroleum Producers is “disappointed” in Nova Scotia’s ban on fracking. Someone get them a hanky.

On his Old North End site, Nat Smith has an interesting two-part post titled “A walk down Gottingen, ca. 1875.”

American slavery ended with the Civil War, right? Wrong. As Wall Street Journal reporter Douglas Blackmon details in his 2008 book, Slavery by Another Name, hundreds of thousands of black people were effectively enslaved in the US right up until 1945.

Certainly, the great record of forced labor across the South demands that any consideration of the progress of civil rights remedy in the United States must acknowledge that slavery, real slavery, didn’t end until 1945 — well into the childhoods of the black Americans who are only now reaching retirement age.

I hope to have a city council preview published by mid-afternoon.