You are here: Home / Featured / The hippies were right about everything: Morning File, Thursday, August 21, 2014 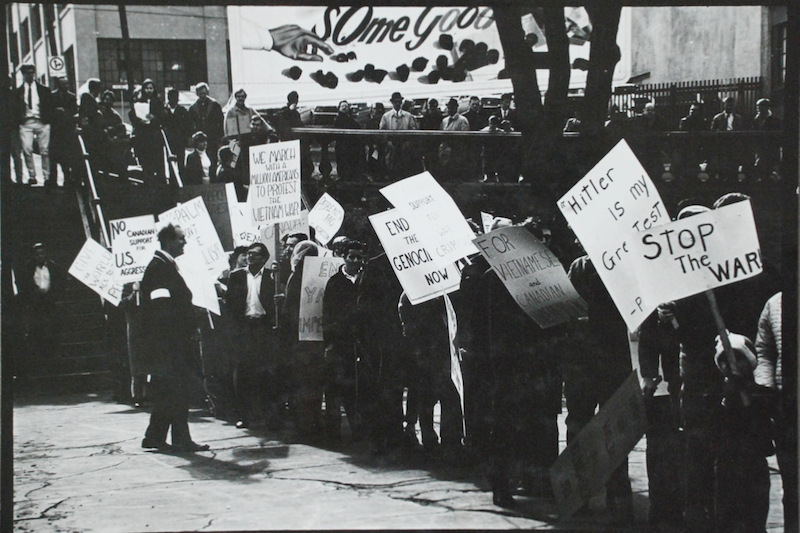 Halifax anti-Vietnam War marchers assemble below a Moir’s Chocolate billboard that says “Some Good.” The Moir’s factory was where the Trade Centre is today. Photo: Stephen Archibald

Police have arrested two unnamed 25-year-old men in relation to the murder of Keya Simon. Nineteen-year-old Simon and her 32-year-old half-sister Tiesha Allison were both stabbed at a party in north Dartmouth on January 8, 2011; Simon succumbed to her injuries but Allison survived. Metro says that Simon’s mother, Torina Simon, has in the past criticized Allison for “not telling police what happened.” Keya Simon had a son, who is now four years old.

The Chronicle Herald has changed its commenting policy. Previously, anyone could comment anonymously, and comments were moderated. My understanding is that three web editors read through all comments, a huge task. Now, only subscribers can comment, and comments are not moderated. Presumably the comments don’t need to be moderated because the paper will know the identity of each commenter, and if anyone says anything libellous the paper can track them down.

The Halifax Examiner also only allows comments from subscribers, but I take the additional step of moderation in order to comply with my insurance company’s requirements. I don’t object to this, and in fact think it’s the right thing to do. I’ve been remiss in not publishing a complete commenting policy for readers, but that will be coming soon.

Shelter Nova Scotia is asking for donations of deodorant and sunscreen to help homeless people.

It may or may not make sense to levy a three-cent per pound charge on lobster caught in some unspecified region, but the minister of Fisheries and Aquaculture is refusing to give details of the proposal so we can’t know. Colwell’s statements reflect an old school patriarchal attitude of government. It’s insulting.

Jerry Reddick wants to go to law school. I’m so hoping this will happen.

Roger Taylor wants to hasten the end of the world by burning more fossil fuels quicker. He must not have children.

Marilla Stephenson says that the Liberals were right to get rid of the VLT software that supposedly tracks gamblers’ expenses. She makes a lot of sense.

Jim Guy, a professor emeritus of political science and international law at Cape Breton University, takes to the Cape Breton Post to lecture us about the provincial deficit. Look, debt in and of itself is neither good nor bad. It depends on what we’re borrowing money for, and how we’re managing it. Yes, going into debt by excusing payroll taxes for a bunch of call centres or to build and run a new convention centre is a really bad idea. But right now, with near-zero interest rates, we have essentially free money. It’s stupid to borrow for operating expenses or pipe dreams, but it would make immense sense to borrow money to build stuff that would grow the economy or reduce future costs. Sure, we’re not actually doing that, but that’s not the argument Guy is making. For him, it’s the simplistic line that all deficits are bad, period. We need more nuanced conversations about deficits and debt. Also, we should start a drinking game: any time someone says “Ivany Report” let’s all do shots of Jagermeister.

Carrier-Grade Networks toward the Future—NGN and its Issues (Room B310, B Building, Sexton Campus)—Koichi Asatani from Nankai University in Tianjin, China will discuss Next Generation Networks (NGN) and the issues that must be tackled in their development.

I’ve often linked to Stephen Archibald’s blog in the Views section above, but I want to especially draw readers’ attention to it today. Reading Hilary Beaumont’s post from yesterday, in which she reported about the Ferguson solidarity rally in Halifax, inspired Archibald to post a collection of photos he took in the late 1960s and early 70s of student protests in Halifax. 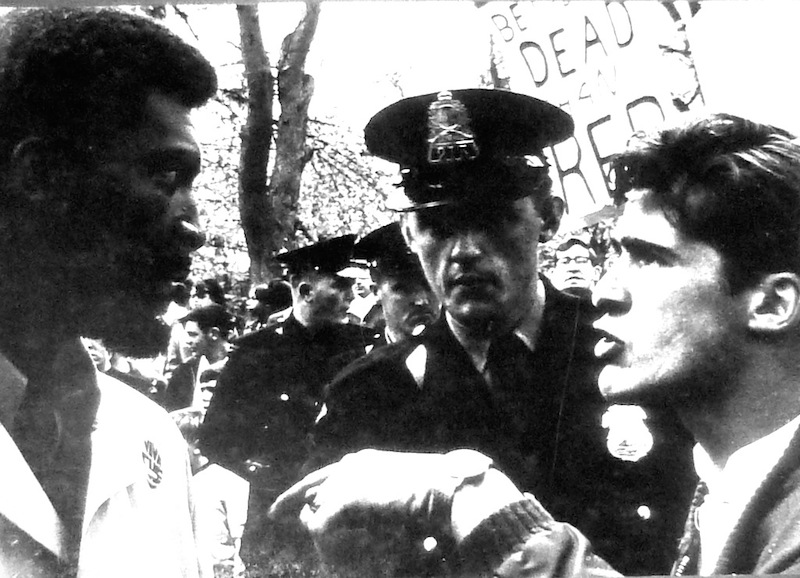 So there you have a little glimpse at another time that still looks all too familiar. And I’m pleased to have an opportunity to show the images again. Can I throw them out now?

USCGC Escanaba is due for a port visit tomorrow.

Some research is taking me away for most of the day, so I may not have another post up today.