You are here: Home / Featured / The Halifax stadium proposal: private profit for Anthony Leblanc, socialized risk for the public

MLA Susan Leblanc, whose Dartmouth North district includes the Shannon Park site of the proposed stadium, has come out swinging against it:

Tomorrow I will table legislation on behalf of the @NSNDP caucus that would block public money for a CFL stadium. #nspoli #HRM #Dartmouth

"I have a lot of concerns right now with this proposal," says Councillor @TimOuthit abt a #CFL stadium proposal for #HRM. "If I had to vote tomorrow, I would not be accepting any of those options… There is too much risk being shifted on the public." pic.twitter.com/ylhT0vd3fX

The risk issue is brought up in today’s Star Metro by Tristan Cleveland:

But the most frustrating aspect of this proposal is that it places all the risk of failure on the public purse. If the stadium is a financial flop and the owners default on their debts, the government would be on the hook to pay it off. In Nova Scotia, we should know better: we’ve had all-too-much experience covering the risks of the Yarmouth ferry.

If the stadium proponents don’t have enough confidence in the project to take the risk on themselves, it gives all of us important information: the people who know the most about this project don’t trust that it will work. No investor would put money into a company if their founders aren’t willing to put their own skin in the game. 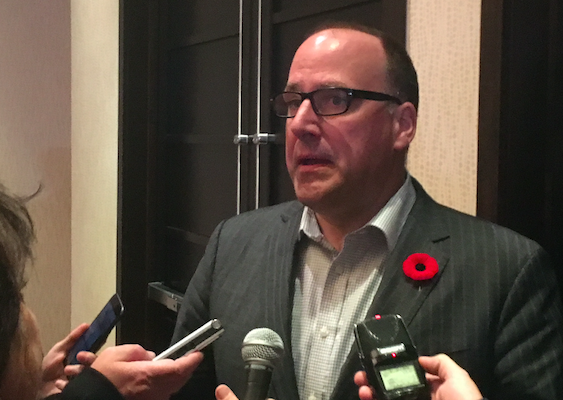 As I wrote in January 2018, Anthony Leblanc, one of the owners of the Schooners, has a history of walking away from a hockey arena. Long story short, in Arizona, Leblanc formed a separate company to manage the arena in which the Coyotes would play, and then got a no-bid contract from the Glendale city government to operate the city-financed arena. When after a few years the city decided to put that arena management contract out to bid, Leblanc went to the Arizona state legislature in hopes of getting state financing for a new arena for the Coyotes in some place not named Glendale:

But politicians south of the border are learning. In April 2017, Bill 1149 died in the Arizona legislature, reported Darrell Jackson for the Glendale Star:

The bill, which would allow for the creation of a Community Entertainment District (CEG), where all sales inside the district would be taxed by an additional 2 percent, is the groundwork for the arena, once funding is set in place, with the agreement working for whatever Valley city would ultimately be home for the venue.

[Arizona Governor Doug] Ducey fired back at Bettman after his ultimatum to legislators that the Coyotes could not remain in Glendale and they needed tax breaks for a new arena in the state.

“I don’t know if delivering an ultimatum letter is the most productive thing that can be done,” Ducey said on a local radio appearance.

Two months later, Barroway bought out his partners, and a few months later, LeBlanc and Drummond showed up in Halifax… looking for a stadium deal.

This history should give Haligonians pause, but you know the drill: instead we’ll get a steady stream of boosterism, critics will be called “naysayers,” and no financing deal will be looked at critically.

As in Arizona, the Shannon Park stadium proposal includes the creation of “StadiumCo,” a company that will manage and operate the stadium. The proposal submitted by the Schooners does not explicitly state who will own StadiumCo, but it’s clear that StadiumCo will be a company associated with the Schooners, presumably owned and managed by the principals of the Schooners. This is exactly the same arrangement Leblanc used in Glendale, and walked away from.

In Halifax, StadiumCo will take out a loan for the stadium, and the $5-$6 million loan annual payments will be made and/or guaranteed by some combination of the municipal, provincial, and federal governments. The proposal calls for the Schooners to pay $1 million annually to the city, and that $1 million will be applied towards the $5-$6 million loan payments, but that $1 million Schooner payment is completely unsecured, which means that if the Schooners go belly up or if Leblanc just gets in a snit and walks away, responsibility for the loan falls back on the city.

Since the deal is dependent upon the unsecured financial contribution of the Schooners, then the city — and therefore, we citizens — has every right to see the business case for the Schooners, so we can independently assess whether the Schooners are a viable operation into the future.

But understand what’s going on here: Any potential profits from the football team will be be privatized to the bank accounts of Leblanc and Drummond, while all the risk from the venture is socialized onto the public.

There is no potential loss whatsoever for the owners of the Schooners.

Everyone agrees: the new Central Library is the jewel of civic infrastructure in Halifax. It is a popular, award-winning building that is touted as the epitome of the city government working for its citizens.

Well, unless those citizens are the ones cleaning the building. In that case: fuck ’em.

That, anyway, is the effect of the city’s contracting out of janitorial services for the building. This morning, the city issued a tender offer for a three-year contract for cleaning the library.

The entire point of contracting out janitorial services is to avoid having city employees with union representation and union wages clean the building. Were city employees cleaning the building, they’d be making in the neighbourhood of $20/hour; the winning bidder will pay the janitors minimum or near-minimum wage, which now sits at $11.55/hour.

Last city election, in 2016, I tried to make a living wage policy a campaign issue. Most candidates were all for it. But in office, they’ve taken little meaningful action to actually implement it. There’s another election next year, and undoubtedly incumbents will crow about keeping tax rates low, never mentioning that they’re doing so on the backs of janitors and other contract workers who have to get second and third jobs to make ends meet, who suffer the social and medical costs of low wages, and who ultimately impact the province’s social service and health budgets because the city won’t pay them decently.

This is on city councillors, who refuse to quickly adopt a living wage policy. Back in 2017, on a motion by Lindell Smith, council told city staff to study the proposal, but CAO Jacques Dubé has been successfully kicking the issue down the road, first by delaying a “social procurement” report until April of this year, when council was told that a further report would be read by “fall,” but here we are in October, and still no report.

Every delay means another three-year contract to screw over another group of workers.

Meanwhile, over 600 city employees make over $100,000 annually, and councillors are pulling in $88K and change. Contracting out services is councillors acting to increase inequality. It undermines the social contract and is an insult to simple decency.

The McNeil government yesterday announced 17 new and expanded protected areas around the province. The media release includes the following stats:

The following sites are now designated as protected areas:

The following sites will be designated once consultation and survey work is complete: 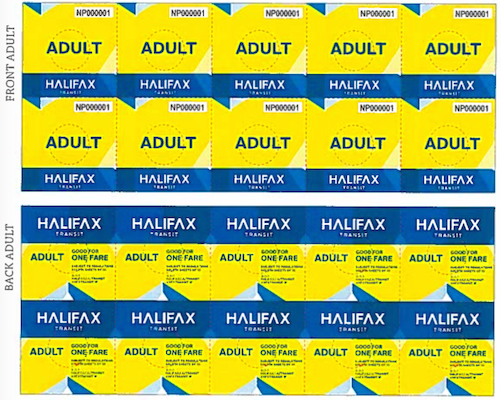 This morning the city issued a tender offer for the printing of bus tickets at the size we’re all used to — 1 3⁄4” X 1 3⁄4” each on a sheet of 10 that is 3 1⁄2” X 8 3⁄4″. The contract is for one year, to October 21, 2020, but there is a provision for four more optional years depending upon performance reviews (and notably not the introduction of new fare box technology). So it looks like the proposed giant tickets aren’t anywhere on the horizon. As Erica Butler wrote last week:

You’ll recall that new giant-sized tickets were coming, and that those new tickets were being implemented to match new fare boxes which accepted paper money. The new boxes, despite being barcode- and RFID- (radio-frequency identification) ready, would not be used for a new smart card pass system immediately, though that was and presumably still is the plan. As I reported back in August 2018:

Two dedicated fare management contractors have been hired, through Barrington Consulting (the sole bidder for the RFP to expand Halifax Transit’s transit technology team by a total of six back in September 2017). As soon as this two-person fare management team has seen to the installation of roughly 600 new fare boxes on buses, they will turn to Phase Two: future payment methods.

“We don’t anticipate it being a long transition to the next phase,” says [Halifax Transit manager of technical services, Marc] Santilli. “We recognize how eager the public is to have better payment methods.” Santilli estimates an 18-month “ballpark” timeline until new payment methods are available.

It’s safe to say that timeline is out the window. According to city spokesperson Erin DiCarlo, the city does not yet have possession of its new fare boxes, and “no specific delivery date has been determined.” The city does have 1000 sample tickets from Canada Ticket, who it has contracted to supply the new giant-sized tickets for three years. The CBC’s Jean Laroche recently reported on a possible dispute between Canada Ticket and the city, citing several sources in the know who said the tickets supplied were problematic.

Trapeze Software was awarded the $6.8 million contract for the fareboxes in August 2017. Trapeze has already supplied computer-aided dispatch and automatic vehicle location systems for Halifax Transit, and they are the chosen vendor for a new fixed route planning, scheduling, & operations system as well. DiCarlo says that project is “currently underway”.

I’m not so sure it’s as simple as that. Although I can get no confirmation, my sources tell me that the city is in a bitter dispute with Trapeze, which they expect will result in a court action by one side or the other. 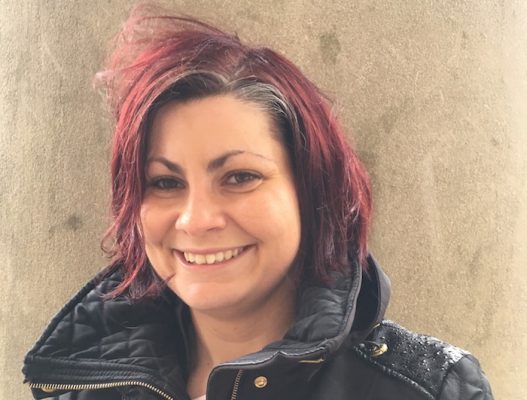 Punished for Aging: Vulnerability, Rights, and Access to Justice in Canadian Penitentiaries (Wednesday, 6:30pm, Room 105, Weldon Law Building) — Adelina Iftene will talk about her new book, which provides a look at the challenges that older people in Canadian prisons face and their struggles for justice while they’re living their “golden years” behind bars. Followed by a reading, discussion, and reception.

Time Talent Treasure – Women in Philanthropy (Wednesday, 5:30pm, Lounge, 4th Floor, in the building named after a grocery store) — a free panel discussion featuring some of the region’s most notable women. Registration and more info here.

We’re beginning to make plans for our annual subscription party in late November. I have no idea what to do for it. Any suggestions?