You are here: Home / Commentary / The first column I never wrote for the Chronicle Herald 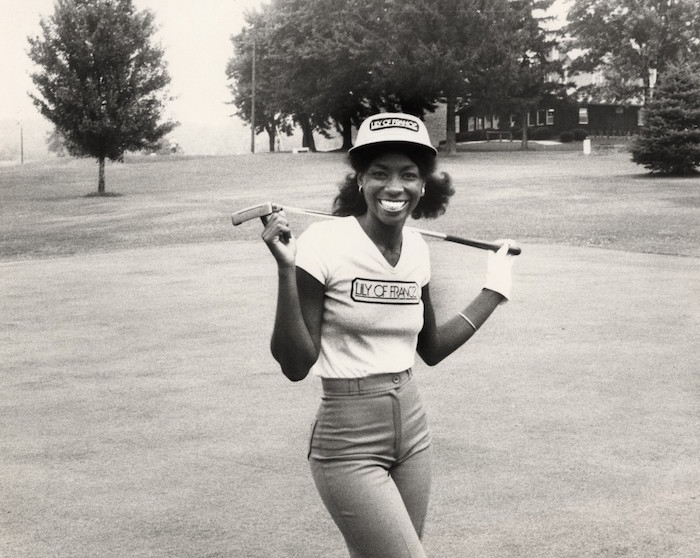 A former freelance contributor to the Chronicle Herald, I had two articles poised for publication when unionized employees went on strike last January, a year ago today. I immediately withdrew my work.

The first piece — on the 1986 Space Shuttle Challenger disaster  — appeared on this site.  An article about my dental adventures was featured in the Dalhousie Gazette. I’d met the Gazette’s then editor-in-chief, Sabina Wex, after reading the paper’s impressive tribute to striking CH workers.

With rightful pride, Wex took out a pen and honoured my request for an autographed copy of the issue (January 29, 2016) that also included a superb piece by student journalist Shannon Slade, headlined “The Danger of Dismissing The Donald.”

I’d started freelancing for the CH in July 2014. Inspired by an article (published elsewhere) in which Aretha Franklin sang the praises of Anne of Green Gables, I dispatched to an editor a piece about my similar affection for the novel. It appeared in the Herald magazine.

Encouraged by CH editors, I began writing for the paper at a regular clip. Disinclined to “pitch” story ideas, I’d simply craft a piece on a topic I found of interest and send it.  My success rate? One-hundred per cent.

In July 2015, I attended (on my own dime), the British Open Golf tournament in St. Andrews, Scotland. I later wrote a feature about my encounter, at the event, with pioneering African-American golfer Renee Powell. Age 70, Powell is the first (and only) black woman to be granted honourary membership in the Royal and Ancient Golf club at St. Andrews, the storied birthplace of golf.

And here’s a shout-out to the Scottish media official who arranged my exclusive interview with Powell inside the swank, members-only, R&A clubhouse.

I would have been happy to meet her in the gigantic media tent where scores of A-list sports writers from around the world were gathered when I arrived at St. Andrews. Their faces (99 per cent white and male) were trained on big screen television images of the nearby live golf action as they sucked up free refreshments and stockpiled British Open swag.

The media official clearly understood the historic significance of my meeting with Powell who’d suffered horrific racial prejudice throughout her years as a golf pro. Hence, he personally escorted me from the press tent to the R&A clubhouse where Powell and I met for the first time.

He then led us upstairs to a private room with a stunning view of the venerated Old Course at St. Andrews. A uniformed R& A staffer soon arrived and presented us with coffee on a silver service.

Back in Halifax, I dispatched my unsolicited piece to a CH editor with whom I’d happily worked for a while. Atypical of previous interactions, I didn’t receive a prompt reply. After several days of silence (again, not the norm), I followed up with an e-mail. Within seconds, my telephone rang.

In a halting voice, the editor apologized for the delay. Struggling for words, she revealed that a CH colleague had questioned the veracity of my piece. As she told it, the staffer (white, male) wanted to know if I had really interviewed Powell inside the R&A clubhouse. Perhaps, he’d apparently ventured, I’d lifted copy from other news stories about the trailblazing golfer. And then imagined meeting her on the bonnie shores of Scotland.

You know, a Black Girl Magic kind of thing.

My jaw got tight. But mindful of the editor’s obvious discomfort, I calmly assured her that my article was legit and reminded her of the photograph that I’d submitted of Powell and me together at the Royal and Ancient. 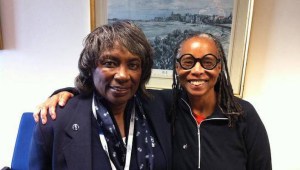 Renee Powell, left, and Evelyn C. White (the author of this piece) inside the Royal and Ancient Golf Club at St. Andrews. Photo: Mike Woodcock

I’d purposefully included the photo (as evidence) among the illustrations for my piece. This, because I’ve had mucho history with (mainly) white male reporters who’ve been freaked out by my reach in realms they consider their exclusive domain.

I had a hunch that my British Open story would push a wannabe over the edge.

Clearly embarrassed, the editor expressed her ongoing appreciation of my work, adding, before hanging up, that she’d effectively been “forced” to make the call. My article was given major play.

In a surreal twist, the editor later informed that the Chronicle Herald was keen to hire me as a monthly columnist. Terms were discussed. Tentative start date — October 2015. However, with the looming labour dispute, a contract never materialized.

But let’s imagine that I joined the CH staff. I’d wager that my debut column would have never been published.

Here’s why: I would have applauded a veteran African Nova Scotian reporter then toiling at the paper and challenged CH management, right there in my first column, to give her my job.

Next, I would have named, and read for absolute filth, the staffer who impugned my integrity; he who didn’t have the balls to speak to me himself. Instead, as I understand it, he pressed a female colleague to do his dirty work. I can still hear the shame in her voice during the phone call. She is an excellent journalist with whom I maintain professional ties.

I suspect that devotees of the Halifax Examiner can discern the dilemma my inaugural column might have presented for the “paper of record” in Nova Scotia. A year after CH management self-imploded, I look forward to again joining striking union members on the picket line.

Note to scab reporters: Here’s a message from The Staple Singers,“Respect Yourself.”