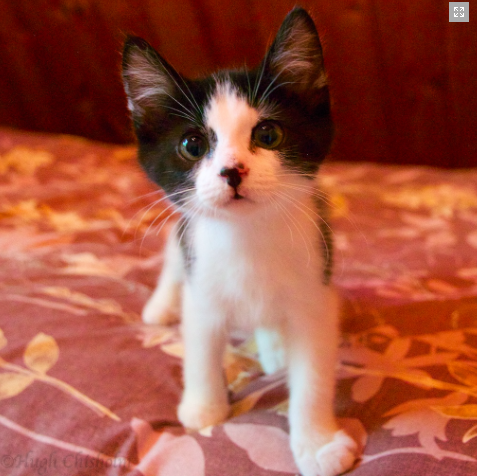 Frightening beasts are descending upon Halifax.

At least 50 people who stayed at the Delta Halifax have contracted a gastrointestinal illness, although CTV says the number could be as high as 200. It’s a nasty piece of business—“People who are affected are seeing a quick onset of diarrhea, vomiting, but it usually settles down in about 12 hours, so people who have been affected have already recovered,” said Frank Atherton, the province’s deputy chief medical officer of health. “The illness spreads by coming into contact with the vomit or feces of an infected person,” reports the CBC, so it’s probably a good idea to stay away from vomit and feces, at least for a while.

How long will you refuse to humble yourself before me? Let my people go, so that they may worship me. If you refuse to let them go, I will bring carpenter ants into your country. They will cover the face of the ground so that it cannot be seen. They will devour what little you have left after the gastrointestinal illness, including every tree that is growing in your fields. They will fill your houses and those of all your officials and all the Haligonians—something neither your fathers nor your forefathers have ever seen from the day they settled in this land till now.

And thus the lord smote the heathens and barbarians of Halifax.

Plague #3: thy home for thouest infants shall be demolished

The Halifax Examiner broke the news yesterday as the historic Infants Home building on the Saint Mary’s University campus was being demolished. “This building is a remarkable testament to the emerging role of women in late nineteenth-century Halifax,” says the Heritage Trust website. “The Halifax Infants’ Home was built by a women’s society, founded in 1876. The society provided shelter and medical services for single mothers and their infants, who otherwise would have been ostracized.” Musician Charlie Phillips says in the 1960s he played for dances in the building, which was then a Home for Unwed Mothers.

In a press release, Heritage Trust said they had met with university officials just last week and were told it would cost $13 million to renovate the building, a figure the Trust contested on the advice of architect Syd Dumaresq, a descendant of James Charles Dumaresq, who built the Home. “The Heritage Trust had offered alternate uses for the building, and believed that the University was holding off on demolition until these options could be explored.,” reads the release. “SP Dumaresq Architect Ltd. had suggested that the existing building could be made functional at one-third of the costs proposed by St. Mary’s.  Sadly, the response of the University has been to demolish the building on a Friday before a long weekend, without any further consultation with the community or dialogue with any interested groups who might like to have taken on this project.  This loss of our built heritage is a real blow to all Nova Scotians and dishonours the memory of the women whose vision saved the lives of many children and women in our province.”

The Chronicle Herald this morning publishes a Reganesque diatribe against bureaucratic red tape, which is supposedly frustrating the efforts of missionaries and saints doing the good work of their corporate overlords. Meanwhile, the Wheeler Commission on fracking, which is increasingly looking like a snow job to give cover to the industry, has put out a new report on the socio-economic effects of fracking on our communities, should the province allow it. The gist of the report seems to be that a gazillion workers will come to Nova Scotia, which will have positive and negative effects, but the premise is all wrong: nowhere is there actual evidence that many people are employed in fracking. On the other hand, a group of Dalhousie students calling themselves Divest Dalhousie have pushed the University’s board of governors to study divesting itself of companies involved in the fossil fuel industry. The University Endowment portfolio includes over $20 million invested in carbon-intensive industries.

Plague #5: A dearth of crossing guards

As Halifax crosswalks have proven to be so safe, police have cut eight crossing guard positions from intersections near schools. See the list of affected intersections here.

First there was Tuxedo Stan. Then there was Earl Grey. And now there is TJ, Tuxedo Junior. (This is neither here nor there, but back in the ancient days of print media, I had an editor tell me that every time we put a picture of a dog on the front page, paper sales increased by 20 percent. “Above the fold is even better!” he said. We’ll see if this devious strategy works with cats and the internet.)

Because it’s just empty symbolism, you see. I’m so old I remember when the anti-Apartheid divestiture movement was similarly attacked as empty symbolism, but without it South Africa would even now be governed by racist thugs and Nelson Mandela would’ve died a lonely death on the cold concrete floor of a prison cell. People use the tools they have available to them. In the climate change battle, the oil companies have trillions of dollars to feed into the propaganda machine. It’s hard to battle that, but the divestiture movement gets people talking, and gets serious attention brought to the issue. Bring it on, says I.

Trash Day—All those people who normally put their garbage, recycling and/or green waste out on Tuesday should put it out today, as next Tuesday is Canada Day and a holiday.

Household Special Waste Depot (9am-4pm, 20 Horseshoe Lake Drive)—People can bring their dead batteries, leftover paint, used motor oil, solvents, pharmaceuticals and so forth (a complete list is here). The “Household” part of the name of the place means that it’s for residential waste, not business waste. Oh, those twirly light bulbs that were going to save the planet but burned out six weeks after you put them in? You can’t bring them to the Special Waste Depot; you can either pay these folks to take them off your hands or you can “place CFL bulbs in a sealed plastic bag in the garbage for collection.”

Everyone is hung over.

(Click vessel name for pictures and other information about the ships)

HMCS Halifax is open Saturday, Sunday, and Tuesday, 1200-1600 for tours at maritime museum.
Yacht Destination— Fox Har’br too is tied up next to Ec tug. Used to promote the Fox Harbour resort, it is owned by Ron Joyce, Co-founder of Tim Hortons.

About a decade ago, the news industry was abuzz with “hyperlocal,” the idea that what readers wanted was news about their neighbourhood. Maybe, but traditional media never found a working model for providing that news. Now, however, the internet has matured, and people are making their own hyperlocal sites, talking about their neighbourhoods. I’ve come across two recently in Halifax—the Needham News, covering the far-north end of the peninsula, and Outside the Circle, which covers the neighbourhoods west of the Armdale Roundabout. If you know of others, please let me know.

This concludes the first week of the Examiner. I’m still working through a lot of details, both on the business side and for the website, and will soon be testing out some new and varied content. I’d love to hear your feedback, what works, what doesn’t, what you’d like to see. Please email me at [email protected]

A programming note: Unless something important is happening, the Examiner normally will not publish new articles, including Morning File, on Sundays or Holidays. This means Morning File will return Monday, but skip Tuesday again. I intend to use some of the down time to make a few updates to the site, including posting a clear commenting policy. Have a great weekend.