You are here: Home / Featured / The dog days of summer, but don’t name the dog 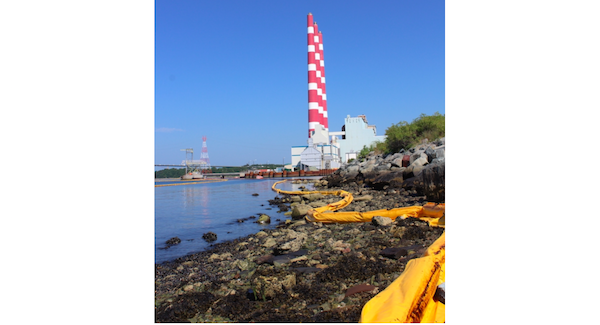 Yesterday, Nova Scotia Power (NSP) issued a news release about its cleanup efforts at the Tufts Cove oil spill. For the first time, the release defines the full extent of the spill, and as I predicted, it was much larger than originally reported.

NSP gives no details about the containment trench, so we don’t know if that’s truly a contained, lined, system or if it’s simply a hole in the ground. Is oil from that trench leaching into groundwater or the harbour? We aren’t told, although NSP estimates that 95 per cent of it has been recovered.

As for the oil in the cooling water system, NSP says 50 per cent of it has been recovered.

When I went to the site last week, I heard what sounded like blank gunshots being fired, and I guessed that it was to scare away waterfowl from the oil; I’m happy to read that my guess was correct:

In addition to the clean-up itself personnel are onsite actively monitoring for birds and mammals to shoo them away. They are using noisemakers as a deterrent to keep wildlife from the area — ensuring birds and mammals don’t become fouled with oil is a key priority.

The chief operating officer at NSP told the CBC that “about a dozen crabs and possibly one seagull” died as a result of the spill, but my observation was that the loss of sea grasses and shell fish was extensive.

More troubling is that the cause of the spill isn’t known. 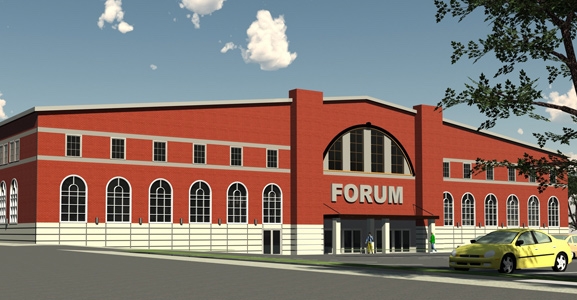 A stylized graphic of the Halifax Forum from the halifaxforum.ca website.

“The future of the Halifax Forum prompted almost three hours of debate at city hall on Tuesday as councillors peppered municipal staff with questions about everything from on-site safety issues to renovation and demolition costs,” reports Yvette d’Entremont for StarMetro Halifax:

The tab to renovate the iconic building on Windsor St. could top $60 million, which had some councillors asking about the costs associated with demolishing the current forum complex and replacing it altogether rather than renovating it.

At one point during the debate, councillors Tim Outhit and Richard Zurawski cautioned people to make a distinction between nostalgia and heritage, with Zurawski expressing concerns about the high cost of renovation and the potential for the project to become “a boondoggle.”

The final motion presented by Smith was passed by council. It asks municipal staff to look at the costs and work associated with having two ice surfaces at the Halifax Forum as well as “adding other appropriate recreation uses, community space and an ice plant that can be expanded to support an additional third ice surface,” if that ever became warranted.

The motion also asks staff to perform a cost/benefit analysis of renovating as well as replacing the Halifax Forum building. An amendment was added to direct staff to undertake a heritage impact analysis.

By way of comparison, $60 million is about what the new Central Library cost — the library came in at $57.6 million, although over half that funding came from the federal and provincial governments by way of stimulus funding after the financial collapse of 2008. At $60 million, the Forum rehab would be over twice that of the Dartmouth Sportsplex renovation ($23 million). On the other hand, a new stadium is going to come it at something like $300 million.

Just left City Hall at the same time as a food delivery guy. He showed me his receipt for a $424 delivery that included NO tip. You couldn't imagine a more disappointed face.

I get why City Hall can’t tip, and I also think caterers should pay their delivery drivers decently and it shouldn’t be their customers’ responsibility to cover their workers’ pay. Still, we wouldn’t be in this situation if council would pass a living wage ordinance that requires all city vendors, including the caterer, to pay non-shit wages.

Besides that, tho, can’t councillors throw in a few coins for the caterer? Whenever I’m at an open bar event, I make sure to tip the bartender because I just know the job is effectively a pay cut. Councillors make a hell of a lot more money than I do.

“Before the alleged sexual assault, she was a standout student athlete enjoying a full academic and sports scholarship at Canada’s oldest private school, King’s-Edgehill School in Windsor, Nova Scotia,” reports Andrew Rankin for the Chronicle Herald:

But her life unravelled in short order after the 2016 Remembrance Day long weekend, when the alleged assault involving two boys occurred at a cabin belonging to a King’s-Edgehill employee, according to a statement of claim filed with the Supreme Court in Kentville on June 26.

The school employee is named in the suit as the father of one of the defendants, a student at Edgehill at the time. The lawsuit says he and his wife were upstairs while the alleged sexual assault unfolded in the basement of the cabin.

The allegations haven’t been tested in court.

1. The dog ate my homework 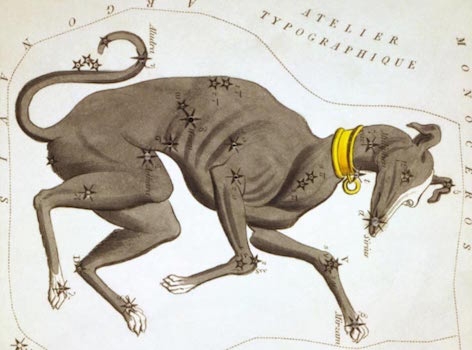 Halifax lawyer Barbara Darby reviews Canadian court cases involving dogs, including famously the Halifax-area dog who shall not be named.

Among other cases Darby reviews, she finds this gem, also from Nova Scotia:

Finally, R. v. Hudder, 2014 NSPC 105, is a case about a charge of attempted murder, gambling, drinking, and car chases.  A shooting occurred at 2:13 a.m.  The accused’s father tried to help out by providing evidence that his son was already home at the time of the shooting. Dad recalled his son arriving home at 2:10 a.m.:

The note providing this alibi could not be produced because the note was gone: “his dog ate the note, ie. chewed it up.” …

The testimony of Mr. Hudder that the note, this key piece of evidence having been retained since November 2012, was destroyed by the family dog days before it would be sought by police when investigating the Defence alibi, was completely unbelievable.

So the old “the dog ate my homework” excuse doesn’t hold up in court. Good to know.

I could find only one news article about the case (reported by Global in 2013). The case involved five suspects, one of whom was Andrew Jason Hudder (Joseph’s son) shooting at an occupied taxi. The younger Hudder, reported Global “is a known associate of the Melvin crime family and was released from prison in late 2011, after serving time related to a series of 2006 firebombings.”

Towards Universality in IOT Design: From Maker Activities to Mono-gramming  (Thursday, 11:30am, Room 430, Goldberg Computer Science Building) — Hiroyuki Ono from Kanazawa University will speak, followed by Nobuaki Tonaka, President and CEO of Universal Shell Programming Laboratory and Founder of Uncial, speaking on “Introduction of Unicage.”

Still slow news. I apparently have one foot out the door for my upcoming vacation. Hope to have some real news soon.