Government has decided to end the community feed-in tariff program after a program review that began in January.

“This is the right time to bring COMFIT to a close, it has achieved its objectives,” said Energy Minister Michel Samson. “We are now at a point where the program could begin to have a negative impact on power rates.

“Nova Scotians have told us they want stability and affordability when it comes to power rates, and industry wants clarity on the future of the COMFIT program. We are listening.”

The review found:
— with an estimated $35 million in direct investment by Nova Scotians, COMFIT has exceeded expectations as a contributor to economic development in communities throughout Nova Scotia
— COMFIT has also exceeded expectations in energy output, with more than 80 MW in production and more than 125 MW expected by the end of 2015
— no new generation is needed to meet electricity demand, and adding capacity would negatively impact rates as Nova Scotians pay more for energy with small-scale, community-based projects than from other sources
— some COMFIT projects are seeking extensions beyond what would be expected for a well-developed project

Effective immediately, no new COMFIT applications will be considered. Projects already underway will continue. All unapproved projects, extensions and lapsed-permit renewals will be considered on a case-by-case basis and processed within 60 days.

Government will introduce legislation in the fall to enact the necessary changes. More details on renewable energy and its role in the province’s energy future will be released this fall in government’s electricity plan.

I wonder if Andrew Younger was not returned as Minister of Energy because he supports COMFIT.

Regardless, as of this morning, the Energy Department’s webpage about COMFIT still links to this explanatory video:

COMFIT was designed so that there would be community buy-in for renewable power. It gave a set price for renewable power, and allowed non-profits, municipal governments, and projects funded through community economic development investment funds to produce power for the electrical distribution grid.

What killing COMFIT is really about is shifting the blame for increased power rates. Nova Scotia Power and the government are blaming both renewables and efficiency programs for rate increases, but the COMFIT announcement fails to mention the largest renewable project in the power mix, the Muskrat Falls fixed link project. At the same time, NSP is celebrating, and the government is dumping a lot of money into, a very questionable tidal energy project.

One of the justifications for bringing in Muskratl Falls was its ability to back up other renewable energy sources like wind, which, as a recent Chronicle Herald article mentioned, could theoretically bring us to the point of having 100 per cent renewable power.

But if we were serious about attaining that goal, we would maintain some renewable energy capacity in the short term within the province. COMFIT was a good way to maintain such a niche, which could then grow larger when the time is right. Even though the projects are more expensive, the volume of electricity produced is low, so the overall impact on electrical bills is low.

Here’s how a person close to the provincial regulation of power put it to me:

These projects are high value and high impact in terms of local revenue generation, community participation, and learning about where, how, and why renewable energy projects work. It might make sense to modify the COMFIT to try deliver lower volumes, but higher local spin-offs including novel uses of renewable energy and more opportunities for sustainable energy training and workforce development.

I suspect part of this is also that the government plans to “replace” COMFIT with their “renewable to retail” policy. This will replace an effective form of competition with NSP with a completely ineffective one, if the rules are written in a way that makes it difficult to connect to the grid.

It really shows there is no plan to get to 100% renewables as suggested by NSP the other day. If we significantly reduce efficiency we miss out on using the most cost-effective way to get there. If we cancel the COMFIT we’ll let the local renewables sector stagnate. So we are left with the high-risk and dubious bet on tidal energy with both the government and NSP seem quite willing to spend ratepayers money on. The hydro imports won’t act as a back-bone for a robust domestic sustainable energy sector — it will kill these sectors.

Stephen McNeil got elected largely on the promise of keeping power rates low. He’s evidently prepared to do whatever it takes to head off rate increases, even if that means killing any prospect for additional renewable power. 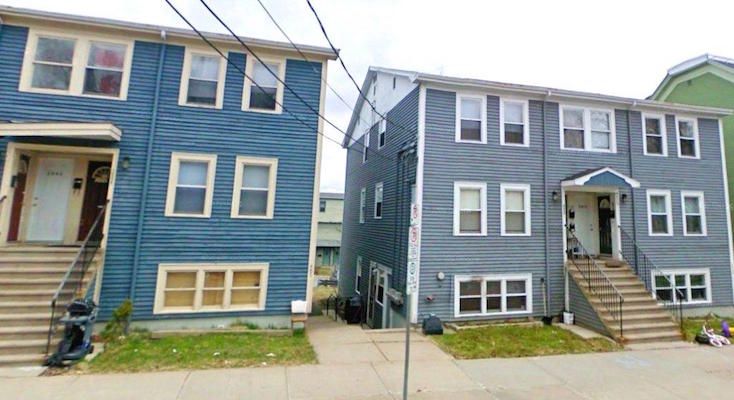 “Residents of nine properties in Halifax’s north end fear they may be losing their homes after receiving word on Wednesday their non-profit housing society intends to sell them,” CTV reports. “Harbour City Homes, also known as City of Halifax Non-Profit Housing Society, put up ‘for sale’ signs on Thursday at six properties it owns on Brunswick Street and three on Artz Street.”

The CBC put the issue in context of gentrification:

“New owners come in here, they purchase the places. They redo them or whatever. We can’t afford to pay what they’re asking,” said Deb Keys, whose has lived in the area her entire life.

Keys said a neighbouring building was recently renovated and is being rented out for double what she pays.

“How do we afford that? We just don’t. They’re taking away a part of this community. It’s really, really sad,” she said.

I should add that Examineradio producer Russell Gragg’s nine-year-year old daughter, Millie, recently complained about the disrepair of a playground on Creighton Street that turned out to be owned by Harbour City. Rather than fix the playground, Harbour City has said it will tear it down.

8:45 pm: An 11-year-old girl attempted to cross the street in front of a parked transit bus in the 100 block of Victoria Road, Dartmouth. She was struck by a car that was passing the bus. The girl was transported to hospital with non-life threatening injuries and later released. The matter is still under investigation.

Yesterday I pointed out the problematic CBC reporting about a study of major trauma injuries involving kids riding bicycles. The article in question was fear mongering at its worst, and left unanswered all sorts of questions. Later in the day, cycling advocate Ben Wedge found the underlying academic study, which has this conclusion, in its entirety:

I read the study and see the researchers — Robert Green, Michael Butler, Nelofar Kureshi, and Mete Erdogan — trying very hard to force the data into a “not using helmets is bad” box, and coming up mostly empty-handed. The numbers were small (fewer than five), but in terms of severity of head injuries, the most dangerous sport for children in Nova Scotia is… golf. Clearly, golfers should wear helmets. 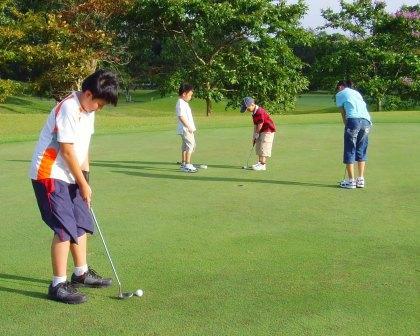 “The yellow-banded bumble bee was listed recently as a species of special concern by the Committee on the Status of Endangered Wildlife in Canada,” reports the CBC:

Biologist Cory Sheffield, a world bee expert in Saskatchewan and committee member, told CBC News declines have been even more severe in the Maritimes.

Sheffield said he would consider the bees threatened in Ontario, Quebec and the Maritimes, not just of special concern. He said pathogens from commercial bumble bee hives may be causing problems for wild populations.

In the black squares, 30 per cent or more of dwellings lacked indoor washrooms in 1957.

Peter Ziobrowski brings our attention to famed architect Gordon Stephenson, who was hired by the old city of Halifax in 1957 to propose “redevelopment” of downtown areas.

The old neighbourhood around Jacob Street was demonstrated to be a problem via a series of maps that showed the number of cases of tuberculosis, the lack of indoor plumbing, children involved in the justice system, and the like. The solution? Bulldozers. Stephenson’s study ultimately led to the razing of the impoverished neighbourhood and the building of Scotia Square.

We rightly speak a lot about the injustices done to Africville, but the Jacob Street neighbourhood seems to have been lost to history. I’d like to know more about it.

If Dalhousie and St. Francis Xavier universities want to continue spending taxpayers’ dollars on giving administrators outrageous benefit packages, perhaps the province should stop giving them so much of our money until they rein in their extravagant ways. Saint Mary’s University’s president is making $326,382 per year. That’s much more than our premier. Isn’t it time the province said, “Whoa”? 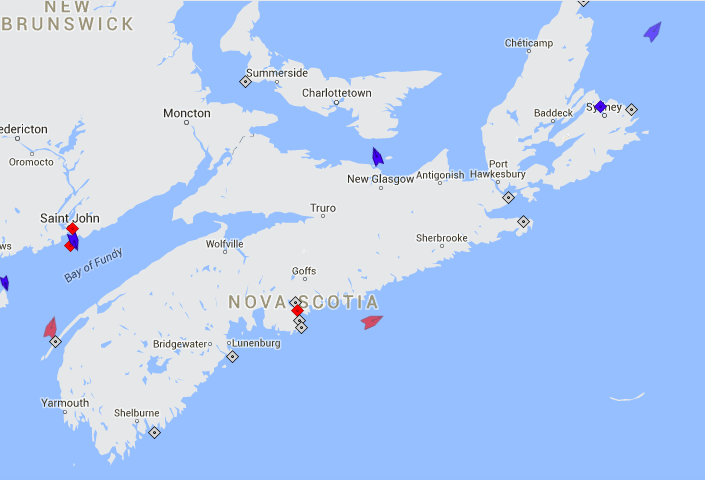