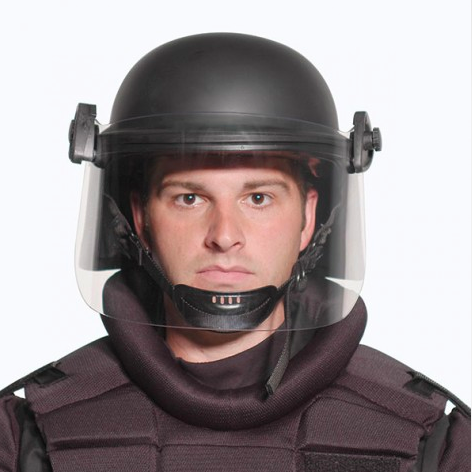 Reporter Hilary Beaumont wrote a piece published yesterday in The Coast that examines the case of two women who have been pursued online by one of the women’s former boyfriend. The harassment is sexual assault: posting nude pictures of the women, trying to trick other men into fulfilling a fictional “rape fantasy,” and so on. The man has made both women’s lives a living hell.

Beaumont reports that the women went to the police, but police dropped the ball.

Yesterday afternoon, the police issued a long press release containing the email they had sent to Beaumont, which explains directly how the investigation had failed and apologizes to the two women. The investigation is back on, say the police.

MacLean is the NSGEU vice-president who was arrested outside Province House Tuesday because of a suspected assault on a police officer. I posted a video of the incident here Tuesday morning, which showed a tense union demonstration but nothing that looked remotely like assault. A police statement tells us that:

An investigator has reviewed video footage of the incident, interviewed witnesses and the officers involved and met with a crown attorney. After reviewing the totality of the incident, it has been determined that there’s insufficient evidence to support the laying of a charge of assaulting a police officer. Earlier this afternoon, the investigator reached out to the man who was arrested, however, he was unavailable to meet with police today. Instead, he asked that we reach out to his legal counsel, which we have since done in order to advise that there would be no charges laid against the man in relation to this incident.

While we would have liked to have met with the man in person to discuss the matter, we publicly apologize to him for the situation.

I dunno, but that seems a bit passive aggressive: we want to apologize to him but for some reason he doesn’t trust us. Go figure.

Someone dumped raw sewage on Innovation Drive in Bedford, not far from the new high school. This is the worst kind of business behaviour: illegally dumping the waste of a septic truck in order to avoid tipping fees. I’ve seen it before. When I was working as a reporter in rural Arkansas, a company dumped its waste on a wooded lot not far from town. I went out to check it out, and it was ugly. No doubt that company, as well as whoever dumped in Bedford, has done it before and will do it again if not caught.

In Wednesday’s Bedford incident, the waste was stupidly directed towards a catch basin—which merely dumps into Sandy Lake—but spilled all over the street and sidewalk.

The cost of cleaning up a diesel spill at the Burnside bus depot has increased to $2.5 million, reports the Chronicle Herald’s Brett Bundale, and still we don’t know exactly what happened.

Someone found a human skull on Conrod Beach. The Medical Examiner Service says it looks to be from an old grave site.

The Halifax Festival of Photography occurs at various locales throughout the month. Stephen Archibald says to check it out.

The legislation will ultimately be decided in the courts, not in the legislature, says Graham Steele.

Thesis defence, Pharmacology (9am, Room 3107, Mona Campbell Building)—PhD candidate Tiam Feridooni will defend his thesis, “The Effects of Beta-Adrenergic Drugs on Proliferation and Differentiation of Mid-Gestation Ventricular Cells and Their Impact on Donor Cell Transplantation.”

Health Law and Policy Seminar (noon, Room 104, Weldon Law Building)—John Dawson, from the University of Otago in New Zealand, will talk on “Community Treatment Orders for Psychiatric Patients: Can We Tell if They Work?”

Cryptically titled lecture with no details given (1:30pm, Chemistry 226)—Jan O. Friedrich from the University of Toronto is talking on “Were the Med Keeners Right?” The Med Keeners might have been an obscure punk band from the mid-80s, or they might be young and enthusiastic med school students, or they might be medieval singers from Ireland. Either way, they may or may not have been right about something.

The Poverty Industry (Noon, McNally Main 227)—The International Development Studies speakers series this semester continues to be excellent. I’ve been taking time out of my busy schedule to catch some of these talks, and I might sit in on today’s as well. Susanne Soederberg, from the Department of Global Development Studies at Queen’s University, will discuss “Debtfare States, Microfinance and the Poverty Industry: Case of Payday Loans.”

Nick Filmore, the founder of the Fourth Estate newspaper in Halifax and of Canadian Association of Journalists, has a blog worth checking out.

Sea traffic around Nova Scotia at 5:45am Friday. Map: marinetraffic.com

Noble Ace to Brunswick, Georgia
Rejkafoss to Portland
Neerlandia to Rotterdam
Fusion to Saint-Pierre
Brilliance Of the Seas to Boston
Oceanex Sanderling to St. John’s
Seabourn Quest to Charllettown

The Halifax police department is buying 35 riot helmets. The department wants 35—20 medium size, 15 large—Premier Crown model JCR-100 helmets, pictured at the top of this post. I guess we should be happy they’re not ordering tanks.