You are here: Home / Featured / The city should abort the Bloomfield project and start over: Morning File, Thursday, January 28, 2016 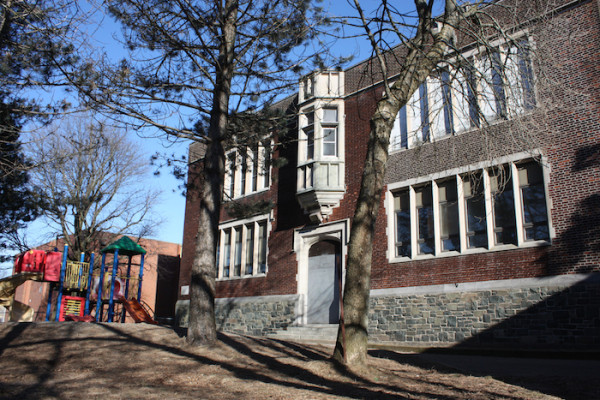 “We don’t believe that anything substantive has happened in the last year and have just lost patience with both Housing Nova Scotia and the city,” said Ron Skibbens, a board member of Imagine Bloomfield.

Skibbens said the relationship between Imagine Bloomfield and Housing Nova Scotia broke down. He said after three years of waiting, it doesn’t appear the agency is moving forward with development of the site.

Housing Nova Scotia offered to pay $15 million for the property — twice what it’s worth, I’m told — and has done exactly nothing with it. As Hilary Beaumont reported for the Examiner last February (behind paywall):

It’s been seven months since Housing Nova Scotia held a sticky note consultation at the former Bloomfield school, two years since the province won the RFP for the site and 10 years since citizen group Imagine Bloomfield formed to push for a “dynamic neighbourhood hub” on the property.

And there the old school sits, no obvious sign of progress for redevelopment. It’s been vacant of programming and parking since June 30, 2014…

Add a year to all those timelines. Beaumont continued:

Before the Bloomfield project can move forward, though, the province must ask the city for a development agreement.

[Housing NS CEO Dan] Troke believed securing such an agreement would take six to eight months since the province and city have a close relationship on the project. But an October 28, 2014 staff report to city council stated the development agreement process is expected to take 10 to 12 months.

Staff expected the province to submit its development agreement application back in October, the report said. Troke said they plan to apply before the end of this winter.

One person with knowledge of the Bloomfield project tells me privately that Housing NS’s Bloomfield project is a “clusterfuck” — Housing NS paid too much for the property and can’t both make it work financially and keep its commitment to incorporate community organizations and affordable housing on the site. So the organization keeps trying to rework the plan, but to no success.

The delay not only frustrates Imagine Bloomfield but is additionally costing the city a lot of money. When Beaumont checked the numbers last winter, she found that:

According to a staff report, the city budgeted $93,212 for the 12 months the property would sit vacant, beginning July 2014.

City spokesperson Tiffany Chase sent us the actual numbers last week. In 2014 the city spent $175,126 to maintain the vacant site for 2014. She said the cost of security would increase in 2015 due to vandalism on site.

Bloomfield is a money hole at the moment, and the longer the province takes to apply for a development agreement, the more it will potentially cost the city.

If those costs continued, and there’s no reason to think they didn’t, then the city has already spent about $350,000 maintaining a vacant property. Even if Housing NS got a development agreement application in today — don’t hold your breath — the city’s costs would continue, to over half a million dollars.

Meanwhile, Ron Skibbens of Imagine Bloomfield tells the CBC that he wants Housing NS to give up on Bloomfield, “or get the city to push them away from the project and say it’s time to get somebody else on the job, somebody who will get it done.”

City council should pull the plug on Housing NS.

On May 21, 2015, the Halifax Regional Police (HRP) contacted SiRT with information regarding a potential theft, breach of trust, and obstruction of justice committed by one of their officers. The allegations of theft and breach of trust related to a substance known as “cut” which went missing from an HRP exhibit locker. “Cut” is used in the illegal drug trade and is mixed with the actual drug to increase quantity and profitability. The allegation of obstruction of justice relates to alleged steps taken to help a third party avoid detection and arrest by other HRP members.

During the investigation, SiRT obtained statements from 20 police witnesses and five civilian witnesses. Other investigative steps included certain forensic investigations, as well as a review of documentary evidence. The investigation was completed on December 23, 2015.

On January 27, 2016, charges of theft, breach of trust, and obstruction of justice will be laid against 35-year-old Cst. Laurence Gary Basso in relation to the above allegations. Cst. Basso will be summoned to appear in Provincial Court in Halifax on a later date.

Where reasonable grounds exist to believe a criminal offence has been committed, the Director may charge the police officer. Any offence must be proven beyond a reasonable doubt before the accused can be found guilty.

This investigation has led to the conclusion that there are sufficient grounds to lay charges of theft, breach of trust, and obstruction of justice. This matter is now currently before the courts. In accordance with SiRT policy, this report will not discuss the facts of that matter in any further detail. To do otherwise might compromise the fair trial interests of the accused.

The Serious Incident Response Team Regulations under the Police Act state that the Director may choose to provide a supplemental summary of the investigation at the conclusion of the prosecution.

Basso has been with the Halifax Regional Police Department for 11 years.

This is somewhat tangentially related to my DEAD WRONG series. More on that soon. 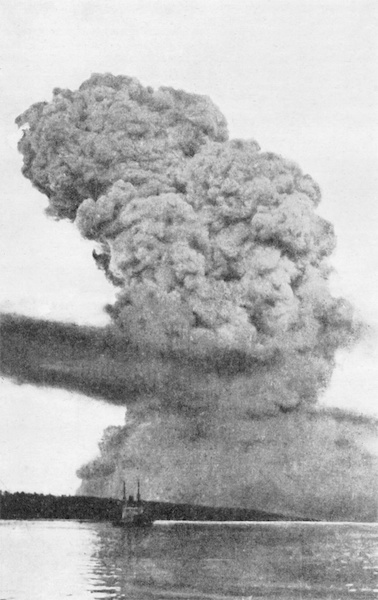 We can probably make a lot of money off this.

The city issued a tender this morning, looking for a contractor for rebuilding Needham Park in time for turning the death of 2,000 people into a tourism attraction.

I have a lot of thoughts about the Needham rebuild. New readers can find them here.

4. The city’s response about transit technology

Because I was goofing off all day yesterday and ignoring my email, I’m only this morning coming upon an email from city spokesperson Tiffany Chase, who was responding to yesterday’s Morning File piece about transit technology. Writes Chase:

With respect to your piece on Halifax Transit’s fare management solution RFP issued today, I thought I should share the full scope of the new multi-phase procurement process.

Halifax Transit undertook an extensive procurement process beginning in 2014 for the Fare Management Project, which is an integral part of a multi-year, $43 million transit technology overhaul to help create a much better customer experience.

In July 2015, management completed an initial evaluation of three short-listed vendors that responded to the project’s Request for Proposals. Based on a review of both technical and risk considerations, no one vendor could demonstrate competence in the end-to-end scope for all project components.

Several respondents exhibited strengths in delivering specific project components and so we will be leveraging this to ensure the municipality secures the best solution to meet our needs. This decision reflects sound risk management, and provides greater certainty for a controlled roll out of the full scope of project deliverables.

As a result, the decision was made to initiate a multi-phase RFP process. Phase one will include the following technologies:
• validating fare boxes
• ferry terminal fare collection
• back office software
• cash handling equipment

I should note that the original procurement process always anticipated the introduction of validating fare boxes and supporting equipment in advance of rolling out other associated project deliverables (e.g. smart cards).

Well, OK. Just, as long ago as 2008 I was told that introduction real-time bus locator apps was imminent. I’ve seen delay after delay after delay, and still no apps. So I guess I’ll set aside my frustration one more time…

Parker Donham will be live-blogging today’s UARB hearing on what Donham calls “the Richmond County mess.”

To Atlantic Superstore management and customers,

I have been a Loblaws customer now for 16 years. For the last five years, I have budgeted $12,000 a year on groceries. As one of my biggest financial commitments to any one company, I feel I should at least let you know why I am leaving as a customer.

I find the recent change in Superstore’s sale pricing strategy (sale items in multiples of two only) both annoying and insulting. I find myself, with limited storage space, annoyed that I must have to buy two of a given item in order to get the sale price. In recent corporate history, a single item would suffice.

I am however insulted that you would treat members of our own community so poorly. Too many in our communities live on, or near the poverty line. To these people it is a struggle to simply obtain the basic necessities. Now you want them to buy two items in order to make things cheaper? Food security is a very real issue that needs to be addressed. I’m insulted in the way your new policy treats members of OUR own communities. I find it deplorable that you would do this to people who need our help the most. It is a policy that gives to the rich while ignoring the poor.

I now find myself in greener pastures. 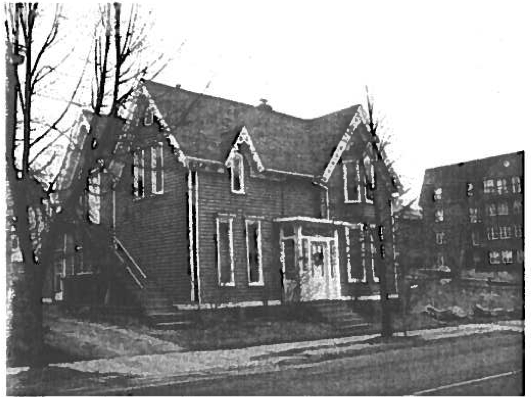 Heritage Advisory Committee (2pm, City Hall) — the committee will look at changes in the design of a proposed seven-storey building at the corner of Victoria Road and Ochterloney Street in downtown Dartmouth. The proposed building wraps around the historic Henry Ellliot House on Ochterloney.

Human Resources (10am, One Government Place) — Duff Montgomerie, deputy minister at the Department of Labour and Advanced Education, will be asked about the Post-Secondary Education Sandbox Pilot Program. I’m so old I remember when Montgomerie was with the Department of Health and was the province’s appointee to the committee responsible for screwing up the Commonwealth Games bid. Good times.

Carbon pricing (7pm, Ondaatje Auditorium, McCain Building) — Elizabeth Beale, who is a retired economist and current commissioner at Canada’s Ecofiscal Commission, will speak on “Carbon pricing in Canada: Why we need it, opportunities and challenges.” 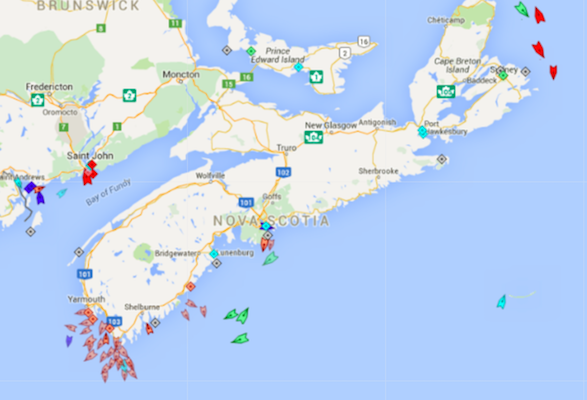 The seas around Nova Scotia, 8:30am, Thursday. Map: marinetraffic.com

This morning I’ll be publishing an essay from one of my favourite local writers, Evelyn C. White. The essay will be behind the Examiner’s paywall, and so available only to paid subscribers. Click here to purchase a subscription.