You are here: Home / Featured / The CEO of US Bank was probably in town a few days ago; this can’t be good 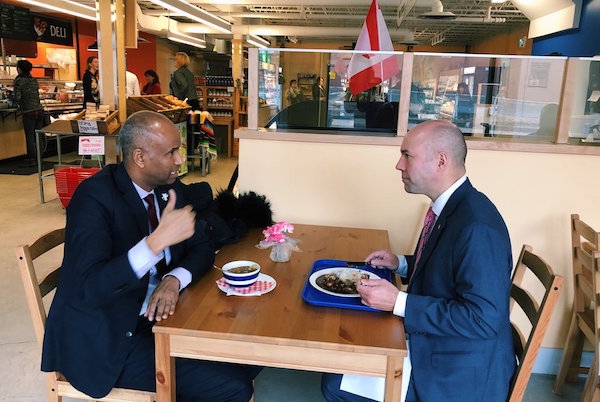 “Fox Hill Market & Deli on Robie Street in Halifax is accused of being in violation of immigration laws,” I’m reporting this morning:

The allegations are made by Eric Topping, an officer with the Criminal Investigations Section of the Canada Border Services Agency (CBSA), and are contained in court documents obtained by the Halifax Examiner.

The Fox Hill Market & Deli is one of several businesses operated under the Fox Hill moniker, including Fox Hill Farm, Fox Hill Dairy Farm, and Fox Hill Cheese House in Port Williams. All the Port Williams operations are owned by Richard Rand. In Halifax, Fox Hill Market & Deli is owned by both Richard Rand and his spouse, Ivonne Rios-Quintana, who also goes by Ivonne Rand. A related business that operates out of the deli, El Gallo Authentic Mexican Cuisine, is owned by Ivonne Rand.

Topping accuses Fox Hill Market & Deli of several immigration-related offences, including:
• employing two foreign nationals who are not authorized to work in Canada — Angel Ricardo de Campo Tome (from February 2018 to May 2018) and Maria Fernanda Medina Leon (from February 2018 to August 2018);
• employing another worker — Daniela Aguilera, a Mexican national — through the Atlantic Immigration Pilot Program (AIPP), but then making improper deductions from her pay cheques;
• that both Richard Rand and Ivonne Rios-Quintana made threats against Daniela Aquilera and her spouse, Jesus Rodriquez, that constitute the crime of “extortion.”

Fox Hill’s involvement with the AIPP was highlighted by Immigration Minister Ahmed Hussen in February 2018:

Chatted with Yvonne the owner @foxhillcheese on how our Atlantic Immigration Pilot Program has helped grow her business and fuels economic growth in all of Atlantic Canada. #OnwardAndUpward pic.twitter.com/y6bCuLcS74 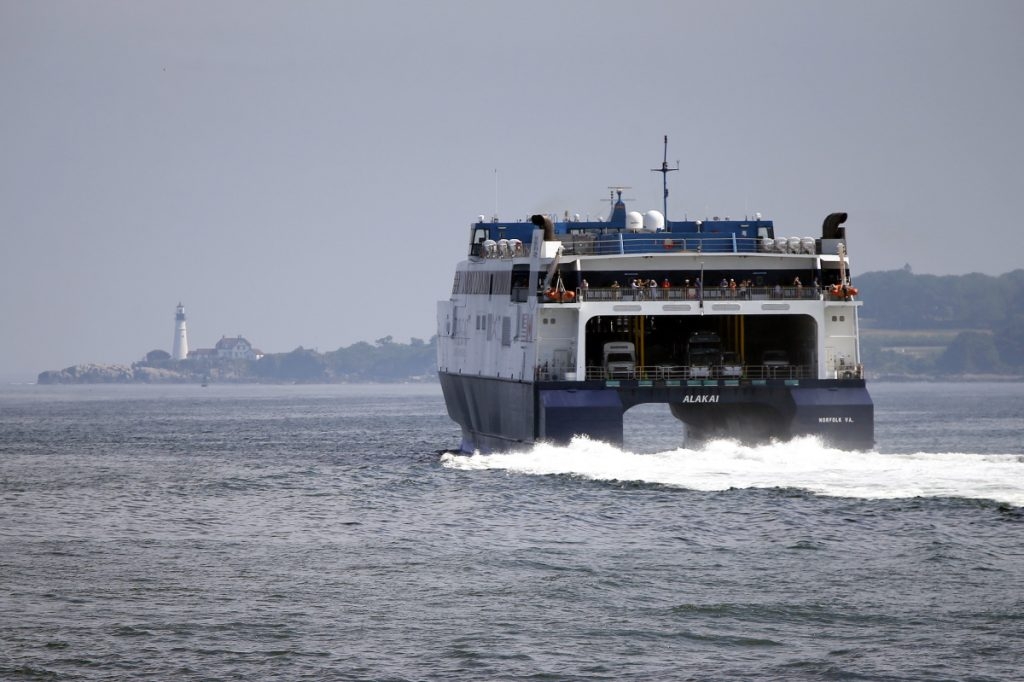 “Figures contained in Section 22.1 of the 2018 Estimates & Supplementary Information for the Province show the government spent $23.9 million on the Yarmouth ferry last year,” reports Jennifer Henderson: 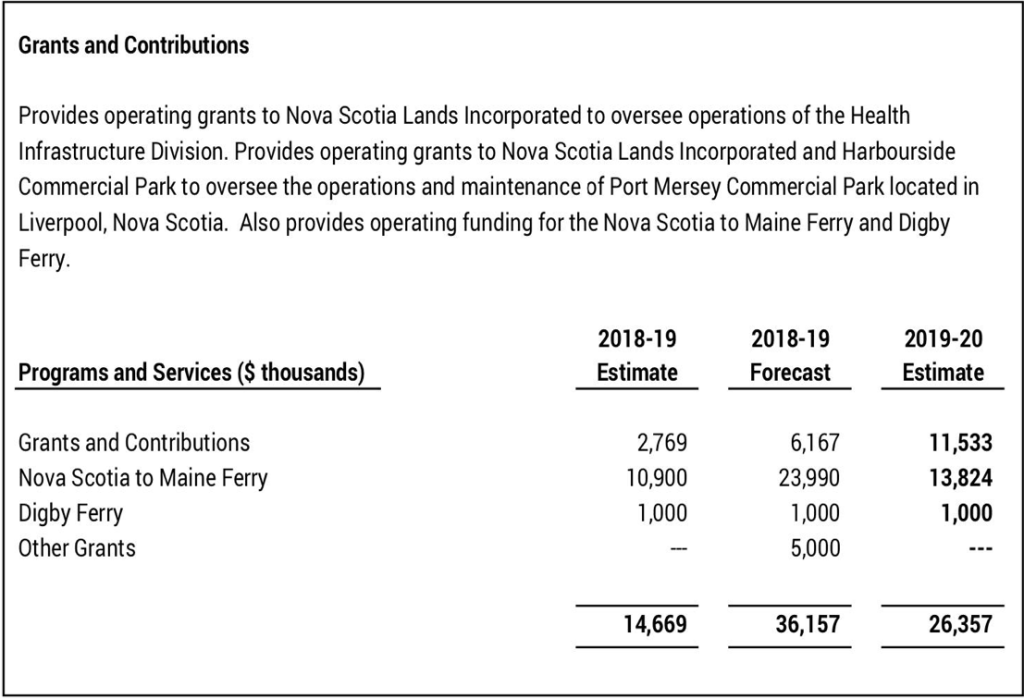 That $23.9 million amount includes the undisclosed management fee, and $8.5 million for renovations to the Bar Harbor terminal which are underway now. The service is moving from Portland to Bar Harbor, Maine with a target date of late June for the start of this year’s season.

In 2018 about 1% of visitors to Nova Scotia arrived on the Yarmouth ferry according to the Tourism Industry Association of Nova Scotia. If you divide $23 million (rounded down) by 20,000 visitors, the subsidy works out to $1,150 per traveller.

Click here to read “Paying for cops but not courts: Yarmouth ferry file.” 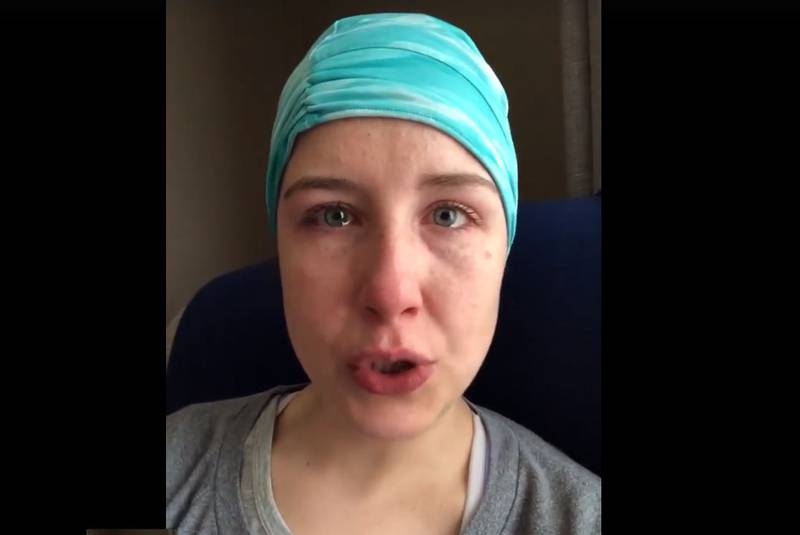 “Listen to Premier McNeil and Health Minister Delorey and you might imagine Inez Rudderham’s problems are specific and anomalous,” writes Stephen Kimber. “Fix them and we fix the problem. The problem is McNeil and Delorey are the problem.”

“I think about how those girls, for us sheltered girls, are the story of the First Girl we knew who drank, or smoked, or talked back to teachers, and how for us they were so freeing,” writes El Jones:

I think about how they were labelled. The ones called sluts, throwaways, trouble makers, bad girls, failures, behaviour problems, poor influences, trash. The ones whose suffering we couldn’t see. The ones who are the bridges we crossed over on.

Bless them, the First Girls who made us who we are. The girls who parents and teachers hated, the girls boys used and then made fun of, the girls who fought to assert themselves, and kept kicking, and kept their chins up. The girls who taught us to stand up for ourselves. The girls who aren’t some moment in our stories who can then can be discarded, but who were and are so valuable. Who gave us everything.

You are the doors we walked through.

Click here to read “In praise of First Girls.” 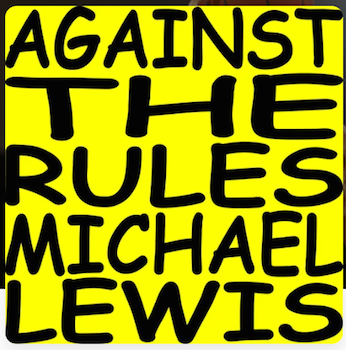 I’ve been meaning to write about the new-ish podcast Against The Rules, but Campbell beats me to it:

I am also really enjoying the new Michael Lewis podcast, Against the Rules…

In an episode entitled The Hand of Leonardo, he considers (among other things) the rationale behind paying CEOs such crazy high salaries — in the US today, that means roughly 400 times the average employee salary.

(Closer to home, the Canadian Centre for Policy Alternatives determined in 2017 that the average Canadian worker earned $50,759 per year while the average of the richest 100 CEOs was $9,998,238.)

Lewis picks apart the theory that CEOs — unlike anyone else in a company — need outrageous amounts of money to motivate them to work hard and make good decisions. Lewis tells a guest (who helps corporations design executive pay packages) that he just can’t understand why $1 million a year isn’t enough to get the best performance out of a CEO, why:

…those extra nine million dollars of carrot for making good decisions and being smart and trying hard are necessary to get a guy, who’s already ambitious and a Type A person…Nobody is offering [that to] anybody else in the company, they’re just assuming that everybody’s going to try their hardest and make good decisions. The idea that this particular class of human being needs this giant reward in order to be smart is actually quite damning about that class of human being.

I’d never thought of it that way, but I think he has a point.

Campbell goes on to point out that the among highest CEO pay in her neck of the woods is the leadership of a local quasi-public agency, and much the same applies here in Halifax.

The question is: Are we getting our money’s worth. (Hint: No.) 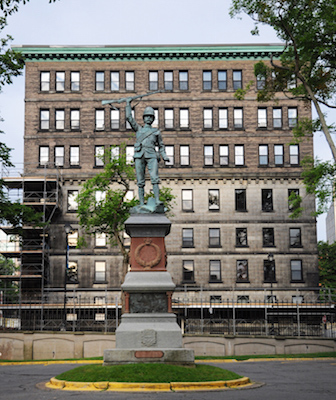 The Dennis building, with the Boer War dude in front of it. Photo: Aaron Segaert/Heritage Canada

On Friday, the provincial government issued a press release announcing an agreement with Dexel Developments “to develop the Truscan site. The site includes the Dennis Building, Hansard Building and an adjacent parking lot on Granville Street in Halifax.”:

Dexel has proposed a nine-storey, mixed-use residential and retail project.

The province has set restrictions regarding the site including: 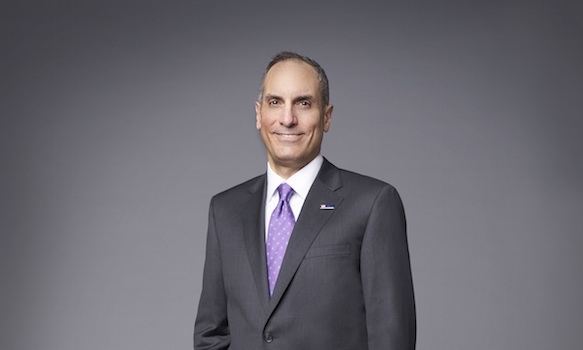 US Bank CEO Andy Cecere was in town on April 15. Or at least the corporate jet was. The jet “was pulled up by tower due to an aircraft on the runway being too slow to depart,” reports Transport Canada. The slowly departing aircraft was not identified; presumably the US Bank jet flew around and landed successfully, but that’s not noted in the report either.

I have no idea why bank CEOs like Cecere come to Halifax, but it can’t be good.

After cycling advocate Dave Salovesh was killed while riding in an unprotected bike lane in Washington, D.C., cyclists around the US are “using the red Solo cups to demonstrate the need for better bike lanes that actually protect cyclists by physically separating them from traffic,” writes Angie Schmitt for StreetsBlog USA.

The idea is to show just how often drivers violate the lane that is supposedly reserved for bikes. And the results are dismal:

I did #RedCupProject on Mass Ave. South past Melea Cass in Boston, the paper red cups did not last 15 minutes. #DemandMore pic.twitter.com/iNrWiLruVI

I would suggest this project for Halifax, but I’m conflicted, as it takes “single use plastic” to a whole new level.

Halifax Peninsula Planning Advisory Committee (Monday, 4:30pm, City Hall) — first reading and scheduling of a public hearing for the Centre Plan. It’s going to be fascinating the next few months, watching all the self-congratulatory back-slapping and listening to all the speeches about our gloriously planned city, and then living the reality of decades of politicians ignoring the plan and otherwise granting exemptions to the favoured developers, which is to say all of them.

Human Resources (Tuesday , 10am, One Government Place) — discussion of the New Opportunities for Work Program (NOW). “The New Opportunities for Work program was co-developed in 2017 by the Centre for Employment Innovation with St. Francis Xavier University in Antigonish and community partners, on behalf of government,” a government press release from February 2018 tells me.

The goal of the program is to “connect people from underrepresented groups to jobs in their field.” And, well, OK, there are testimonials from people who have successfully gone through the program (like this one) and it looks like their lives are better. But I keep getting hung up on the particulars:

Government’s $10 million investment in the program was highlighted today, Feb. 26 at events at the Membertou Trade and Convention Centre and the Valley African Nova Scotian Development Association in Kentville.

The New Opportunities for Work program is unique in its design, and provides many benefits to both the employer and participant:

You read that right: a $10.50/hour subsidy for the employer.

Of course there is a vagueness to the numbers: perhaps the maximum subsidy will only go to higher pay rates. But Mary Campbell looked into this for the NOW subsidies going to Marine Recycling Corporation, and reported:

And wouldn’t you know, it turns out $15 an hour is exactly what Marine Recycling pays its general shipyard workers…

To be clear: I do not know that the people hired under the NOW program are working as general laborers or that they are being paid $15 an hour. I’m just noting an interesting coincidence.

Let’s do a little math. If there’s $10 million available for the program over two years, and 170 employees have benefitted… that’s $58,824 per employee. Assuming they are each getting 40 hours of work for 52 weeks a year for two years, that’s a cost to government of $13.94 per employee per hour. And they get paid $15/hour.

I’m sure the reality is more complex than my back-of-the-envelope calculation, but wouldn’t it make more sense to simply give the money directly to the employees as a guaranteed income and avoid the large salaries of the bureaucrats who oversee the program and let the employers enjoy competing with each other in the free market?

Point Pleasant Park: City Nature Challenge (Monday, no time listed, in the park) —  Jeremy Lundholm is hosting a plant inventory challenge, to compete with 164 other cities across the globe for the Most Biodiverse City. Download the iNaturalist app and come take some photos. Info here.

Always look on the bright side of life.