You are here: Home / Featured / The casino is failing. Let’s blow it up 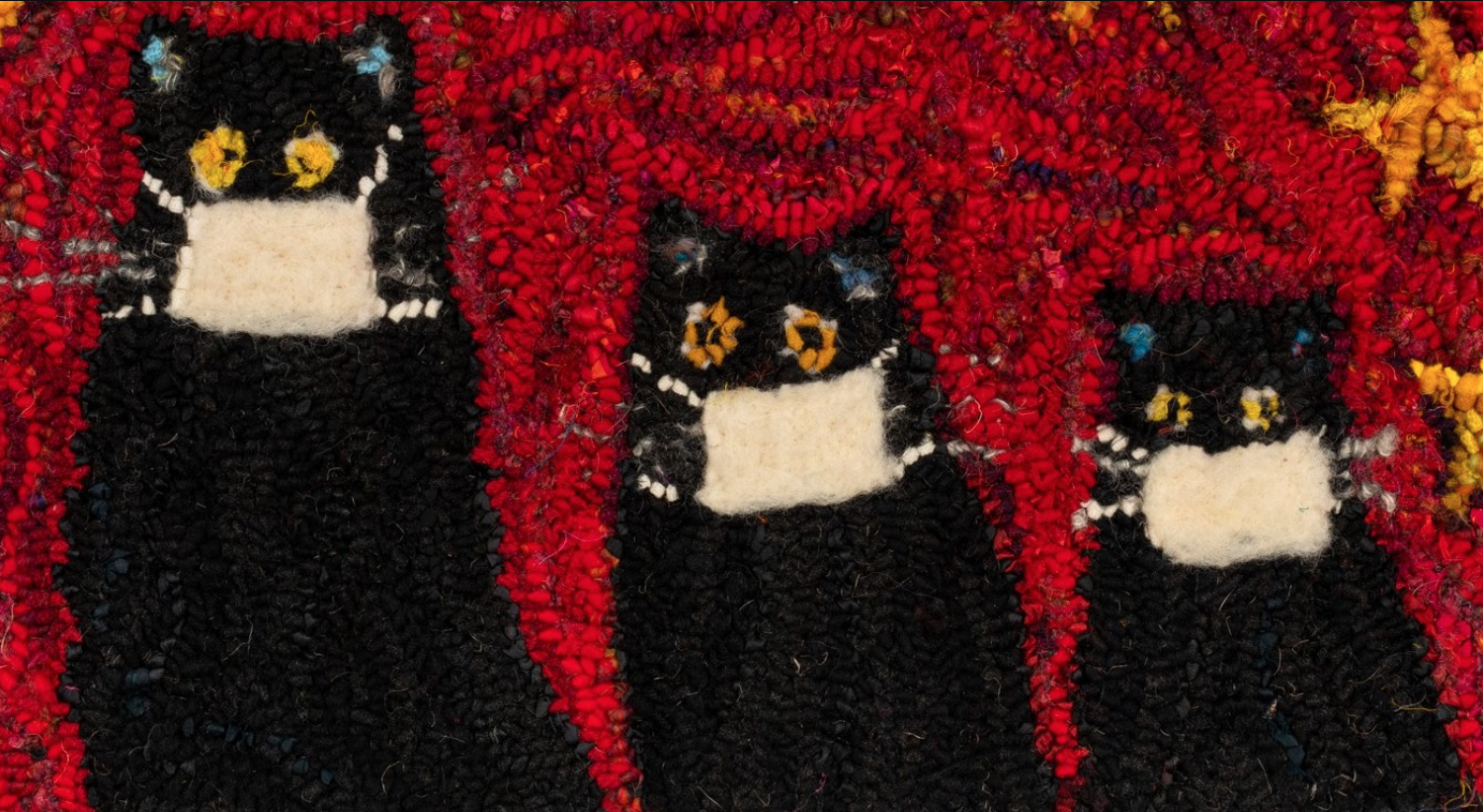 Nova Scotians are on edge about the latest outbreak of COVID-19, which is concentrated in several communities in HRM.

After eight new daily cases were announced Thursday and 10 on Friday, Chief Medical Officer of Health Dr. Robert Strang imposed new restrictions on HRM, including shorter bar hours, a prohibition of sporting competitions, and a ban on non-essential travel into and out of HRM. (See the full list of restrictions here.)

Strang also urged people to get tested, and thousands heeded the call, forming queues that stretched around the block at the pop-up testing site at the Halifax Convention Centre — the pop-up clinics saw four times the average daily traffic at previous clinics. And Nova Scotia Health labs conducted 4,839 tests Saturday, a single-day record.

There was considerable relief when daily new case numbers returned to the low single digits — four on Saturday and three on Sunday, with four of the seven weekend cases involving travellers and not community spread. But we can’t attribute the declining numbers to the new restrictions, which won’t have their intended effect for another two weeks. So everyone is just waiting to see what happens.

There are now 38 known active cases in the province. Two people are in hospital with the disease, both in ICU.

Here is the active caseload for the second wave: 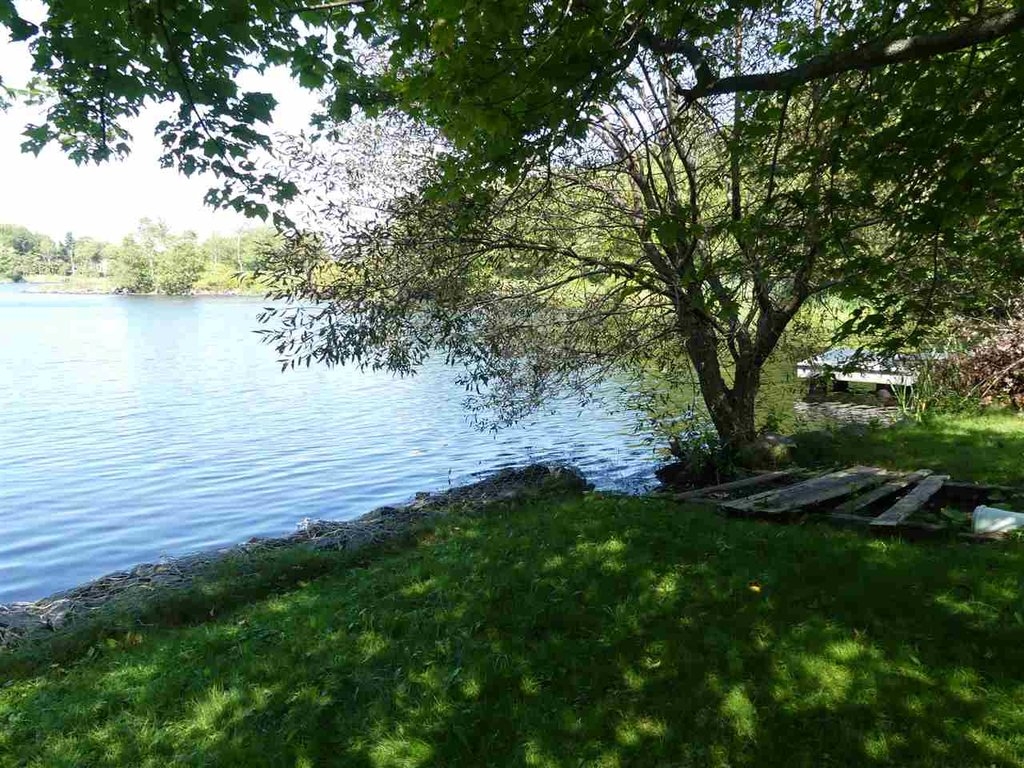 The view of Lake Banook from Grant’s property included in the 2017 listing. Photo: ViewPoint Realty

“A lawyer who used to work for the municipality has won a personal legal battle with Halifax Water over a pipe running under her property in Dartmouth,” reports Zane Woodford:

In a decision released Friday, a three-judge panel of the Nova Scotia Court of Appeal ruled in favour of Kirby Eileen Grant, ordering Halifax Water to pay her $15,000 and remove a pipe running under her property. 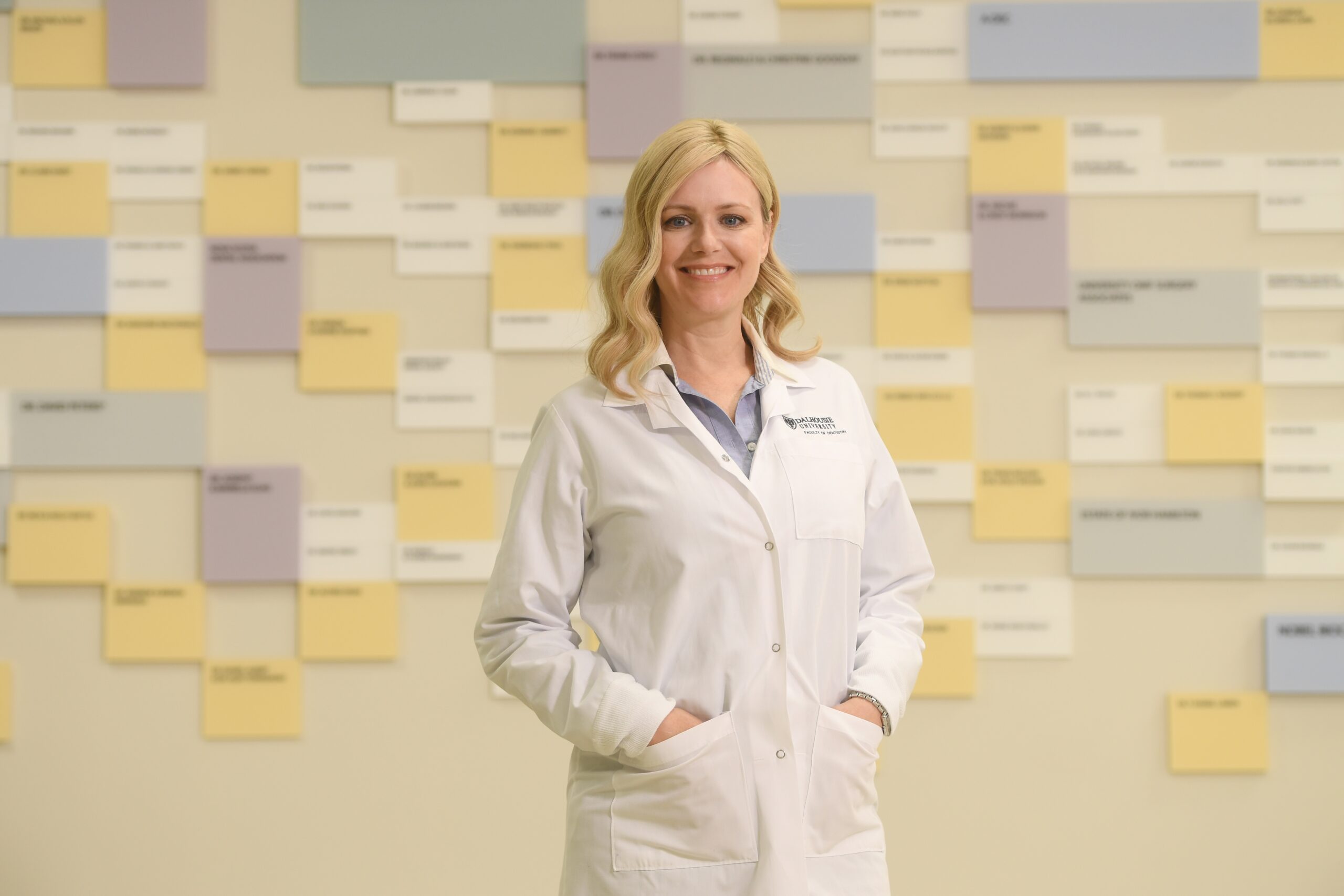 “Dental and dental hygiene students and staff continue to regularly attend Canadian college and university campuses during the pandemic, but little is known about the occupational risks they face working in university dental clinics, labs, and offices,” reports Yvette d’Entremont:

“When we look nationally at what my colleagues are concerned about, it’s a profession that has been targeted as potentially being very, very high risk. That being said, we’re so far speaking anecdotally, and not seeing higher numbers within the profession,” Dalhousie University Faculty of Dentistry professor Dr. Leigha Rock said in an interview Friday.

The nationwide study is being led by Dr. Paul Allison of McGill University’s Faculty of Dentistry. Investigators representing all 10 Canadian dental schools — including Dalhousie — are also participating. Researchers will recruit 800 dental and dental hygiene students and residents, faculty, and support staff from across Canada. 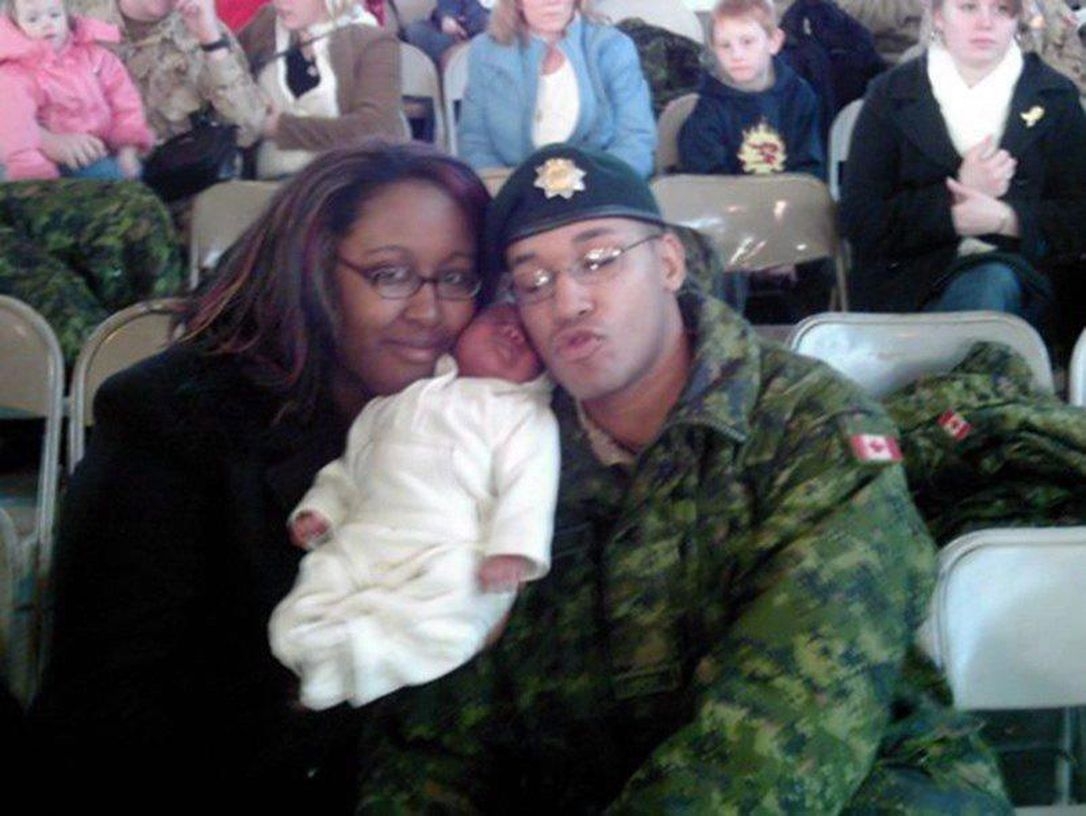 “On the evening of Jan. 3, 2017, Lionel Desmond, a 32-year-old former Canadian soldier, murdered his 31-year-old wife, Shanna, their 10-year-old daughter, Aaliyah, and his 52-year-old mother, Brenda, in their home in tiny Upper Big Tracadie, N.S. Then, he turned the rifle on himself,” writes Stephen Kimber:

In the immediate aftermath of that horrific quadruple murder-suicide, we as a society desperately tried to comprehend what had happened and, more importantly, why.

Click here to read “‘The rest is for the seagulls.'”

5. Freedom of information, and freedom from applying for jobs

Mary Campbell of the Cape Breton Spectator continues looking at Freedom of Information issues in the CBRM, this time regarding an information request from an unnamed citizen:

In a decision released Tuesday, Nova Scotia’s Information and Privacy Commissioner Tricia Ralph says the CBRM did not fairly calculate the fee it proposed to charge a citizen for a port-related access to information request and recommends the municipality waive the fee and release the documents.

This story began in March 2016, when Sydney lawyer Guy LaFosse submitted an access to information request to the CBRM on behalf of an unnamed citizen (who remains unnamed to this day, all I can tell you is that it is not LaFosse, it is not me and it is not former CBRM economic development manager John Whalley, so that’s three of 94,285 people ruled out — if this were an Agatha Christie novel, Poirot would have to assemble the suspects in the Rose Bowl stadium).

It was, as I reported at the time, a “whopper” of a request. The citizen:

The Citizen was also curious about the processes by which Bettens, Lamey, Merritt and Usher were hired. (Of the four, only Merritt was actually required to apply for his job, which, as I write it, reminds me again how utterly amazing that is.)

The Citizen also wanted to know if the CBRM had made any payments to Harbor Port Development Partners (HPDP) or the Chinese Communications Construction Company (CCCC). And The Citizen was really interested in the financial relationships between the CBRM, Business Cape Breton and the Port of Sydney Development Corporation.

CBRM Municipal Clerk Deborah Campbell-Ryan responded, telling LaFosse she’d consulted with “various CBRM Departments” for an estimate of the time required to retrieve and review and redact the requested information and — at $30/hour with the exception of the first two hours, which are free — plus shipping and handling and photocopying costs (because electronic documents, you’ll recall, did not exist in 2016) the total came to:

A total Ralph characterized as, to her knowledge, “the highest fee estimate ever issued in the history of this province.” (CBRM FTW!)

Campbell goes into much more detail, but I want to hover over the part about people not having to apply for government and government-adjacent jobs. We see this all the time in Nova Scotia: people just get plopped into jobs, no application needed, no open contests, no searches, no short lists or interview panels.

I’m sure we could build a more extensive list, but just off the top of my head I can think of every president who has ever ruled over Trade Centre Limited and Events East (Fred MacGillivray, Scott Ferguson, Carrie Cussons), and all the various premiers’ communications people (Marilla Stephenson, Jane Taber, and so on), and the dozens of ex-bureaucrats landing cushy post-retirement paid positions on the various boards and commissions.

I’m sure there are some excuses for this — a premier needs people he knows and trusts blah blah blah — but this is just a half-step away from nepotism. More important, it continues the tight circle of connected people, the sort of people who are allowed into the circles of and around power, which logically means that there are a bunch of other sorts of people who are prohibited from the circles of and around power. It’s precisely how we prevent a diverse workforce and therefore don’t allow for a broader range of life experiences, considerations, and viewpoints; it’s how we remain a class- and race-based society.

The job application process isn’t perfect. In fact, it can be and is often used to justify the same-old–same-old. We’ve got to be conscious of biases built into any hiring system. But at least the job application is a head nod towards process and some degree of objectivity, which is a hell of a lot better than “I’ll just hire my buddy’s wife,” or whatever. 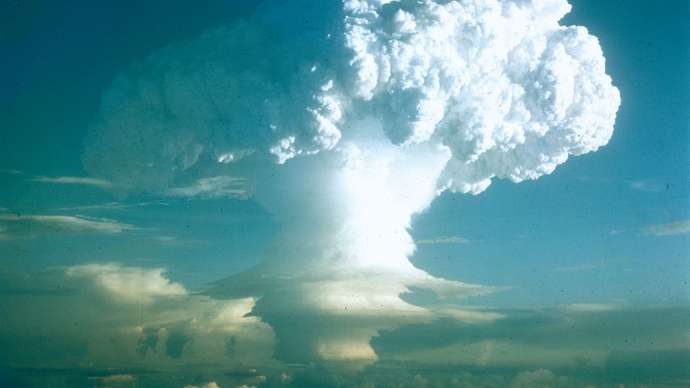 One possible solution to the casino problem.

“Officials with the Nova Scotia Gaming Corporation acknowledge the future of Casino Nova Scotia in Halifax will have to be discussed once the pandemic is over,” reports Shaina Luck for the CBC:

The casino has struggled with declining revenues for a decade and COVID-19 kept it closed for most of a year.

Documents released to CBC show one of the options on the table is a move away from the waterfront location where the casino has been located since 2000.

The documents also show revenues from the casino have been sinking to an “unsustainable” level for about 15 years.

Rob Csernyik wrote about the many problems with the casino — most of which were baked in at creation — in his article for the Examiner, “The Casino Crapshoot.”

The solution for the casino is obvious: blow it up! With one small tactical nuclear device, we could rid ourselves of the social and architectural blight, and once we remove the rubble from the fallen casino and adjacent parking garages, we’ll free up waterfront space that will add something actually a little pleasant to the soon-to-be-built Sewage Plant Estates, which will otherwise just be a row of nondescript apartment buildings with no view but lots of stench replacing the Cogswell Interchange.

If nothing else, maybe the harbour breeze unimpeded by the casino will clear the new neighbourhood of the bouquet de biosolids. With a little thought, there could even be a little neighbourhood park, a green nexus between the navy base and the bank towers, and a northern destination for the boardwalk, which now just peters out with no obvious intent or purpose around Purdy’s Wharf.

We could build a monument in the new park, a tribute to the lives broken by the casino, and perhaps to all Halifax gambles gone bad — a remembrance of the ill-fated Commonwealth Games, the failed convention centres, aborted stadium fantasies, and the like. It’d be a tourist attraction!

What’s going on with the CBC?

The ceeb hires lots of talented reporters — people I respect — but in the last couple of weeks they’ve turned out uncritical business promo pieces, such as:

These big corporations have PR firms working for them; they don’t need the public broadcaster to do their PR for free.

Orbifolds of topological quantum field theories (Tuesday, 2:30pm) — Nils Carqueville from the University of Vienna will talk via Zoom.

The Librarian Is In (Tuesday, 3pm) — virtual drop-in session to ask library- or research-related questions

I’m off for a court session re mass murder investigation search warrants. I don’t know if we’ll get more documents today, but we might.