Yesterday, the province announced that the Freedom of Information site had been “breached”:

Government is working with Halifax Regional Police to investigate a breach of information on the Freedom of Information and Protection of Privacy (FOIPOP) website.

Examples of sensitive information may include birthdates, social insurance numbers, addresses and government services client information. Applicants’ credit card information was not accessed during the breach.

Government first became aware of the issue on Thursday, April 5, when a problem was identified with the freedom of information website. It was immediately shut down while a solution was sought for the problem. On Friday evening, April 6, government confirmed information was inappropriately accessed. Government filed a complaint with Halifax Regional Police to investigate on Saturday, April 7.

At 8:30 p.m. on April 7, police received a report from provincial government corporate security advising there had been breach of security on their network. The breach occurred between March 3 and March 5, 2018 and was discovered by a government employee on April 5.

Earlier this morning investigators with the General Investigation Section and Cyber Crime Unit of the Integrated Criminal Division executed a search warrant at an address in Halifax and took a person into custody in relation to the incident. The investigation is ongoing and charges have yet to be laid.

The hacker, if that word even applies, realized the private PDFs located on the government website could be viewed simply by changing file numbers in the URL. Using a script that sequentially replaced those digits, the individual was able to download the 7,000 documents without anyone noticing.

When I heard that, the first thing I thought was “that could’ve been me.”

See, it took me 25 years of reporting to figure this simple fact out, but all government registries number their documents sequentially. So, suppose I’m on a computer in the courthouse looking at a court filing; if I take the document number and add one, I get the next document filed. Same with corporation filings. Same with property records. And so forth.

I do this all the time, and there’s absolutely nothing illegal about it. These are public documents, and I have every right to access them. The “number trick” makes me a better reporter.

I go to the FOIPOP website nearly every day, and I link to documents from it. It kind of amazes me now that I didn’t realize those documents were numbered sequentially. Take, for example, the document I linked to in January about the Art Gallery of Nova Scotia’s plan for “cultural hub”; here’s the URL:

Because the site is down, the URL doesn’t now work. But you see that “7433” part? Had I been more attentive, I would’ve realized that if I simply changed it to 7434 I would’ve gotten the next document in the sequence. And I would have. You bet I would have. That’s my natural curiosity at work. Now, I’m not technically sophisticated, so I just do the “number trick” manually, and in this case I would waste hour after hour typing the next number into the sequence to get a new document. But if I knew how to write a script to make the process run quicker, I would have, and I would’ve just dumped the documents into a file that I could examine at my leisure.

Does that make me a potential crook? No, of course not. Intent matters. I access public documents with the aim of reporting on them, not to steal identities or defraud people. And if I found material that I knew should not have been public, I would have notified the website owner (this has actually happened twice in my career).

I don’t know what the 19-year-old who was arrested was up to, but my guess is that any privacy breaches were entirely unintended. My guess is that, like me, he saw an easy way to download information that was placed on a public-facing website, and the personal information was a byproduct, not the target. I mean, even I know that if I were up to no good, I’d mask my identity with proxy servers and borrowed IP addresses to avoid detection; obviously this person is technically savvy and could have easily done so.

But even if the arrested person had ill-intent, the cause of the primary cause of the privacy breach doesn’t rest with him, but rather with those charged with building and maintaining the website.

The arrest sure looks like an exercise in misdirection — call it crime so we don’t get blamed for sloppy procedures.

If I understand what happened, someone cycled through a bunch of URLs and methodically downloaded the content. This kind of “scraping” is commonly done by all kinds of people.

The main complaint of the government is that this someone obtained information they shouldn't have had, that the government was supposed to protect per FOIPOP. The charge has to do with the actions of scraping the site, saying that those amount to a crime.

The criminal code section in question speaks of obtaining, fraudulently or without a right, a computer service, or intercepting a functioning of a computer system, or committing mischief by doing things that don't appear to have been done here. 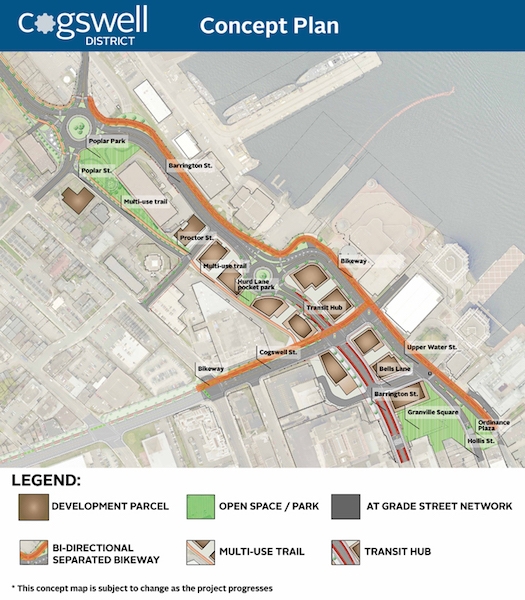 The Cogswell Interchange plan was rolled out last night, to positive reviews, reports Lama El Azrak for…. er, what do we call that thing now? Metro? The Star? “Star Metro Halifax” is a mouthful, but that’s how it’s branded.

I don’t have strong opinions about the concept plan one way or the other, except to offer two suggestions:

1. Tear down the casino and build an actual waterfront park. The casino is a dead zone on the waterfront, and removing it would open up the entire Cogswell district. The costs of the dead waterfront, the hellish architecture and soul-sucking parking garage, and the social ills that come with gambling far outweigh whatever money comes in from the thing. Tear it down.

2. Remove the pedway that connects the TradeMart building to the Scotia Square parking garage. Nobody much uses it anyway, and those who do can use a proper crosswalk at street level. Removing the pedway would open up a partial view (mostly, Purdy’s Wharf is still in the way) of the waterfront from upper Cogswell Street, which fits into the philosophy of HRM By Design. But more importantly, it would give some much needed space to the block, which now feels like a dank hallway into a torture chamber.

Besides that, in the wake of recent news that office space assessments are way down, I wonder if the financial side of the plan still makes sense. I suppose the whole thing will be built up with condos; there’s nothing inherently wrong with that, but most likely that will be very high-end housing, not for the commoners.

“Do you hear a word or a phrase and think ‘I should remember that, it might come in handy’?” asks Stephen Archibald.

Me too! But I have the attention span of a gnat, so unless I scribble down the bons mots they vanish. My work surface gets littered with little pieces of paper and eventually I’ll do some curation and add the words and phrases to a document on my computer. (The document is called Channel Blurring because that was the first phrase I saved back in 2004 or so).

Now, just like Facebook, I’m giving you access of my private file. For the first time you get a glimpse at what attracts my attention in the word department (“shiny object” was one of the phrases that caught my eye).

You can go to the link to see all of Archibald’s words, but here’s his conclusion:

Around 1970 Time Magazine published three columns of jargon words called a Baffle-Gab Generator. All you had to do was chose a random word from each column to make some contemporary, sounding gibberish. Just for you I’ve produced an up to date generator from my collection of words. Fill your boots. 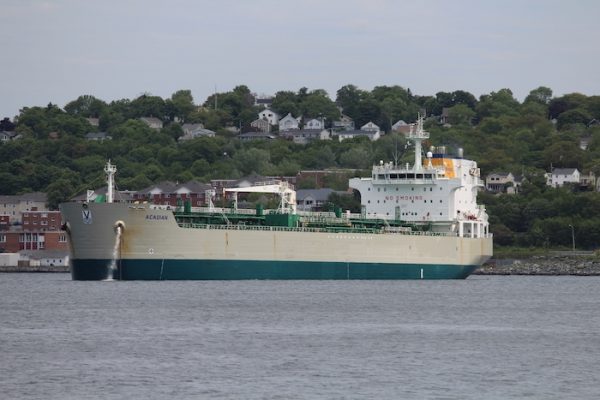 Short Morning File today because I have to go to court early.