You are here: Home / Featured / The “affordable housing” payout for the Willow Tree is a joke 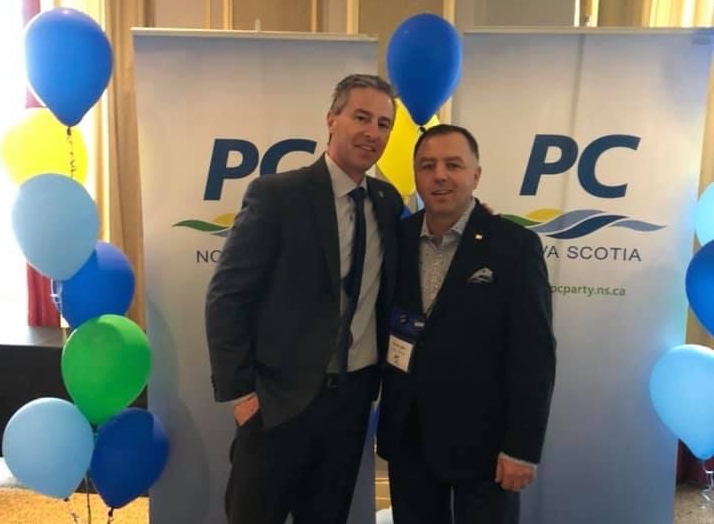 Just when you think you’ve gotten rid of one Tory candidate another pops up from the next hole over, reports Stephen Kimber:

So there are now three Tories — one official, two unofficial — running in next week’s provincial byelection in Cape Breton’s Northside-Westmount riding. Could this entire mess have been avoided if the PC brain-trust had not reacted in its usual over-reacting way to its first would-be candidate’s supposedly controversial social media posts?

I’m going to call out this lie every time I see it. It is not possible to publicly fund a stadium without taking money away from other uses for that public money. It just isn’t. Full stop, case closed.

What we’re going to get is a bunch of smoke and mirrors suggesting that this is not happening. They’ll create a tax zone and claim that tax revenues generated inside the zone can pay for the public cost of the stadium, but as I’ve pointed out repeatedly, this is not how that works. A tax zone necessarily reduces tax revenues elsewhere in the city.

The PR effort that is about to drop will be all about lying to the public, distracting them with complex financing terms, and otherwise bamboozling them. Don’t fall for it.

A billboard urging Canadians to 'say no to mass immigration' appeared this week in cities including Vancouver, Calgary, Halifax, Toronto and Regina. https://t.co/JdOa9qld90

“The owner of billboards currently showcasing ads that seek to promote the People’s Party of Canada’s controversial stance on immigration reversed course on Sunday, saying the company would take the material down in response to ‘overwhelming’ criticism,” reports Stephanie Levitz for the Canadian Press:

The ads, featuring a photo of party leader Maxime Bernier, the slogan “Say NO to mass immigration” and a call to vote for his party, started popping up across the country late last week. They were criticized nearly immediately as promoting anti-immigrant rhetoric.

“According to the bottom of the ad, it’s authorized by True North Strong and Free Advertising Corp.,” reports Graeme Benjamin for Global:

That organization is headed up by Frank Smeenk, the president and CEO of mining company KWG Resources in Toronto.

No one with the company replied to a request for comment. According to The Canadian Press, the group filed interim financial returns with Elections Canada that show it spent $59,890 on billboards in “select cities in Canada.” The billboards have also been seen in Winnipeg, Ottawa and Vancouver.

The Pee-Pee of Canada showed up at the Dartmouth Switch yesterday, and were quickly met with protestors:

Pretty balsy of the PPC party to show up to switch after how hated their new billboard is. Thankfully more people are taking to the protestors than the political party. #dartmouth #Halifax #nspoli #cdnpoli pic.twitter.com/kCccIoNmFI

This morning [i.e. Sunday] at 2:20 a.m., a Kings District RCMP member was on patrol on Middle Dike Rd. in North Kentville when he observed a vehicle driving erratically. The member activated his lights and sirens, and turned around to attempt to stop the vehicle.  As the member got closer to the vehicle, it accelerated through an intersection and lost control, striking a cement retaining wall.

The two occupants in the crashed vehicle were taken to Valley Regional Hospital. The driver was later pronounced deceased. The passenger sustained non life-threatening injuries.

The RCMP has referred the incident to Nova Scotia SiRT. Given the matter is now being investigated by SiRT, the RCMP is not able to disclose any further details.

5. Greta is sorta near Nova Scotia

Day 12. We are getting closer to the North American mainland. Rough conditions, but downwind sailing. pic.twitter.com/n9huwHUSGI

Lennox flew into Stanfield International, then drove down to Lunenburg and back up to Louisbourg. He doesn’t mention anything about Halifax besides the airport, so I guess he didn’t walk the boardwalk or try to pick up college students at the Alehouse, the usual tourist favourites.

Lennox has an odd understanding of Nova Scotia history:

Before, during and after the American Revolution what became Nova Scotia had deep connections with New England in the United States.

I don’t know what he means by “what became Nova Scotia” — this place has been called Nova Scotia since 1621, a single year after the Mayflower deposited the Pilgrims at Plymouth Rock. Maybe he’s referring to Nova Scotia’s conquest [that’s a joke] of Cape Breton in 1820, but I kinda doubt he’s up on the confused equalization literature.

At the eastern end of Nova Scotia is Cape Breton. The drive here from Lunenburg takes about six hours, if you don’t stop too many times for pictures along the way. (Nova Scotia’s artificially low speed limits are also frustrating.)

Lennox also complains about the lack of nightlife:

Lunenburg is the kind of destination that even in peak summer season is pretty much dead by 9 o’clock at night. By then, the day trippers are long gone and most locals or overnight visitors have finished dinner.

Buddy missed The Knot, I guess. You can down shots at the bar til 1am, and they’ll even pack your sloppy drunk self into a cab to get you safely back to your hotel (don’t ask me how I know this).

Is it weird that an Evangelical is so focused on the lack of nightlife? Lennox once wrote that his Spires and Crosses column “is all about historic churches…. Sometimes I go somewhere just to see churches and nothing else,” and back in 2017 the Christian Post announced Spires and Crosses by saying it was “a new weekly Christian Post column highlighting historic churches across Christendom with a particular focus on the Anglican Communion.” But here Lennox is in Nova Scotia, and he only mentions churches once, in passing: “Mahon’s [sic] Bay, with its three highly photographed 19th century churches.” Maybe he’s got a case of apostasy?

Louisbourg’s biggest problem is its lack of accommodations. There are no full-service hotels, which explains why so many visitors leave town after visiting the fortress.

Other than that, Lennox likes how pretty we are. 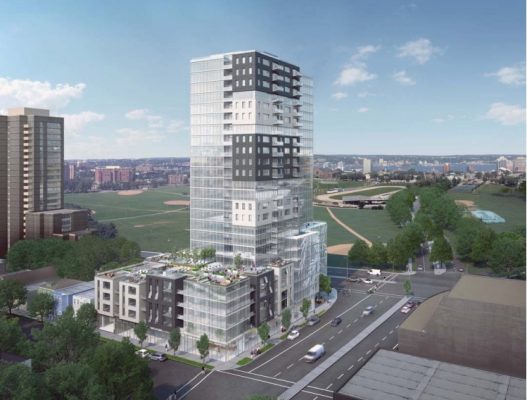 This see-through building has been approved for the Willow Tree intersection. If after construction the building isn’t actually see-through, we should sue for false advertising.

Halifax Peninsula Planning Advisory Committee (Monday, 4:30pm, City Hall) — the Willow Tree is back before the committee. I’m calling bullshit on the “affordable housing” component of the proposal:

“Affordable” is never defined, but for the sake of argument, lets suppose the money APL ponies up is used to pay for a public subsidy of $500/month, with the remainder of the rent paid by the tenant. $900,000 is $90,000 per unit, so the public subsidy is going to last us 180 months, or 15 years. Then what?

I don’t expect many of these new glass skyrises to last their supposed 40-year lifetime; 30 years seems more likely, but APL can’t possibly be financing the Willow Tree with an expected 15-year lifetime.

They’re playing us for chumps.

Human Resources (Tuesday, 10am, One Government Place) — a per-diem meeting.

I have episodic bouts of nightmares. I’ll go months at a time sleeping just fine, then have a period of a few nights of nightmares, often so disturbing they wake me up and keep me up. Last night was such a night.

It’s no big deal. Like, I knew a guy in college who would scream obscenities in his sleep all night long. I discovered this during what was otherwise an idyllic four-day (and night) camping trip in the redwoods, and through the day the fellow was as nice as could be and couldn’t remember his nighttime terrors. Since then, I’ve wondered if he ever landed a longterm relationship, and how that would work out, sleepingwise. Anyway, my occasional nightmares are nothing like that.

It got me thinking about the word “nightmare.” I have always thought it simply meant “night horse,” like a night visitor that comes and takes you for a ride. But no. Etymology Online tells me that nightmare dates back to the Middle Ages, and horses were involved, but as victims, not as causes:

c. 1300, “an evil female spirit afflicting men (or horses) in their sleep with a feeling of suffocation,” compounded from night + mare(n.3) “goblin that causes nightmares, incubus.” The meaning shifted mid-16c. from the incubus to the suffocating sensation it causes. Sense of “any bad dream” is recorded by 1829; that of “very distressing experience” is from 1831. Cognate with Middle Dutch nachtmare, German Nachtmahr. An Old English word for it was niht-genga.

Some people claim that there’s a woman to blame, but I know it’s my own damn fault.

I have a ton of work on my plate, so you’ll see other writers for the next few Morning Files.