You are here: Home / Featured / “That Rude Girl”: organizing as a Black woman 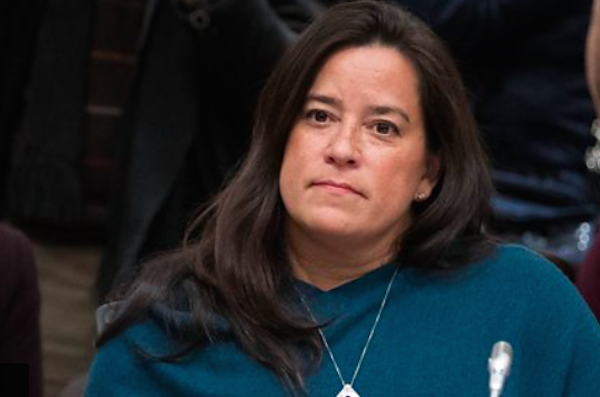 This week, Jody Wilson-Raybould’s testimony about SNC-Lavalin dominated Canadian politics. My timeline is filled with articles praising her integrity, her courage, her honesty. And yet, only weeks ago, these same newspapers ran articles quoting colleagues calling her “difficult,” “not a team player,” “hard to work with” — in short, a bitch.

In her testimony, Wilson-Raybould spoke about the intimidation she faced from her own party, the people sent to manage her, and the attempts made to silence her. When she wouldn’t comply and wasn’t obedient, she became inconvenient and disposable.

My point in this article is not to join in the lauding of Wilson-Raybould in particular ways that are also about reinforcing dominant narratives. Wilson-Raybould is being celebrated by many on the right because now she has become useful to their election campaign; another form of the tokenism, exploitation, and conditional acceptance that Indigenous and Women of Colour face. We become human only as we become useful.

What resonates for me — and for too many Indigenous, Black, and Women of Colour — is how familiar the treatment of Wilson-Raybould rings. Even in spaces that are supposed to be progressive, Women of Colour find our labour used while we are disrespected, erased, shamed, and degraded. Our work is claimed while we are thrown away.

Wilson-Raybould’s story is her own, but the ways in which she has been treated is something racialized women hold in common. 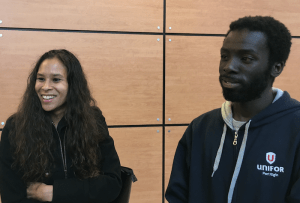 In December of 2017, I attended the National Black Canadian Summit in Toronto. In fact, I was invited to the Summit as I was receiving an award for my activism. During the Summit, when Immigration Minister Ahmed Hussen held a question and answer period, Desmond Cole and I challenged the minister about his deportation of Abdoul Abdi. I wrote about the early days of the campaign for Abdoul Abdi here in the Examiner.

The very same activism that I was supposedly being recognized for became inconvenient and annoying when it was actually in action, and when it was seen as crashing the party. I wrote then about how Desmond and I were policed and shamed, accused of “attacking” the minister for asking questions, and made to feel as though we were the ones doing something wrong in advocating for this young man’s life.

In the months following the Summit, as we continued to fight for Abdoul — as his sister Fatuma stood up against Justin Trudeau in Halifax, as we challenged Hussen at Town Halls, as we held press conferences across the country and showed up at MP’s offices — this shaming continued.

When you are a Black woman doing this work, the interesting thing is no one ever talks to you directly. Instead, phone calls are made to “collect” you. Everyone around you will be talked to, but no-one will ever actually say anything to your face. The message is being sent that you are on notice, and that you need to be managed.

Friends and colleagues would tell me of calls they received that casually made their way around to talking about me and what I was doing. Sometimes they were “warned” about me. I was called “that rude girl” in one call a prominent judge made to a member of our coalition; I am a grown woman.

I knew the moment we stood up that I would find myself disinvited from future events, and I have been. People I had worked closely with walked right by me and wouldn’t even look me in the face. Others smiled at me, even praised me to my face, but made sure I was excluded from any meetings or events or tables. People I had given labour for suddenly forgot my name. I was rude. I was doing things “the wrong way.” I was a bitch. 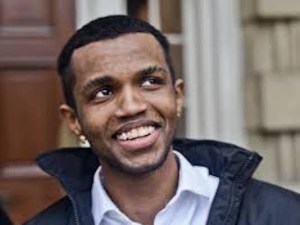 And then we won.

All of a sudden the same people who wanted to silence me were out here talking about what they had done to stop the deportation. Yet I still was not invited into the room. They wanted to take the work, but leave me out. I was still disposable.

This happens to me again and again. When it’s the hard everyday work of answering the phone calls, running from place to place, solving the problems, going out of pocket, taking the heat, giving the energy and the time, then you are by yourself. When it comes time for recognition or rewards or the party or the handshakes, everybody but you will be there.

We tell ourselves that this is just the cost of the work we do. It is my job — as an advocate, as a journalist, as a community member — to push and make demands of power and to keep demanding even when people are angry and uncomfortable until we see the results we need. We don’t do this work to be liked, we do it to get justice. As Audre Lorde tells us:

I began to ask each time: “What’s the worst that could happen to me if I tell this truth?” Unlike women in other countries, our breaking silence is unlikely to have us jailed, “disappeared” or run off the road at night. Our speaking out will irritate some people, get us called bitchy or hypersensitive and disrupt some dinner parties. And then our speaking out will permit other women to speak, until laws are changed and lives are saved and the world is altered forever.

Next time, ask: What’s the worst that will happen? Then push yourself a little further than you dare. Once you start to speak, people will yell at you. They will interrupt you, put you down and suggest it’s personal. And the world won’t end.

And yet, that doesn’t make it less painful.

Nobody likes being the person standing up in the room hearing the sighs and seeing the eye rolls. Nobody likes knowing what is being said behind your back, and knowing how many people dislike you for what you are doing. Nobody even likes when the moment for “I told you so” comes, because that “I told you so” is wrung from months or years of injustice and suffering that could have been avoided if people had listened or acted.

When I saw Abdoul the first time after we won, the first time in freedom, we hugged each other and I have never in my life felt so much joy. When you have walked through oppression together, the love you feel is so profound and deep that nothing else will ever match it. That is the feeling I try to hold onto every day. But I am only human, and it’s hard and frustrating and hurtful to be thrown away, to be disrespected, to have to still fight after all this time and after all this work to have my voice heard, to be excluded, to be “the problem.”

And every time it happens, the work that is already hard gets harder. You have to fight not only the people in power, but all the obstacles being set up before you even get to the places of power to block you and to shut you down. You have to spend energy that should be going into advocacy in beating on the doors that are being closed on you. Treating us this way is meant to wear us out, run us down, tire us out, discourage us, use us up, to let us know we are replaceable, and to make us give up.

The point here isn’t that these experiences are personal. They are in fact systematic. They happen to the most powerful of us, even to the Attorney General of Canada. They are typical of how Women of Colour, and even more particularly politically radical women, are treated. And we are treated this way not just by white society, but also in our own communities:

How we often do the labour and then are told that we need a man to lead the work.

How our ideas are often the ones that push the boundaries and imagine new futures, and how once those ideas become accepted we are erased.

How nobody knows the names of the women who organized with Martin Luther King Jr.

How people both construct us as the threat that needs to be controlled, but also infantilize us, imagining us as simply the back-up chorus for the men we organize with.

How men are the leaders and we are the nurturers.

How we are uppity.

How we are told when we ask for respect that it’s not about us and we are being selfish.

How often we are thrown under the bus, and how often people let it happen because we are asking inconvenient questions, or refusing to be biddable, or because we won’t be intimidated or silenced. 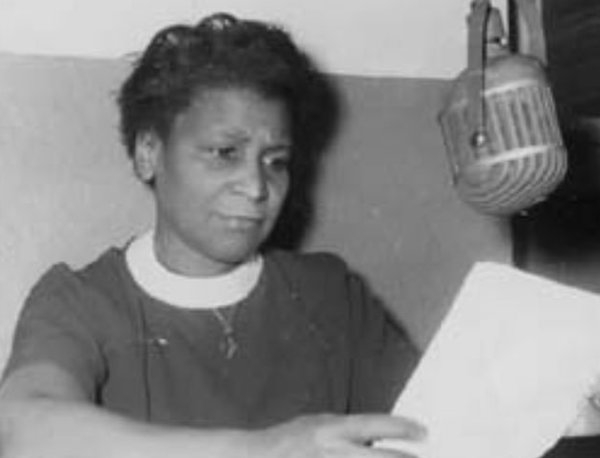 When we raise these criticisms, we are told “not to wash dirty laundry in public.” We are accused of being divisive or causing trouble or being bitter. Reading Carrie Best’s autobiography, The Lonesome Road, I came across a passage where she talks about the National Black Coalition of Canada. Best writes:

This is hogwash. The shame is already there, the linens are already dirty, the sore has already festered. We must come out in the open, if we have to, and clean up.

For Black women, the demand to keep secrets — usually on behalf of powerful men — is what has allowed abuse in our communities, families, and homes. Keeping these things secret has always been a survival strategy against white supremacy. We have always believed that whatever pain we are suffering within, what white society threatens us with will be worse.

We know how white people blame all Black people for the actions of one. We know how stereotypes about us thrive. We know how the authorities police and surveil and criminalize us. All of that makes Black women stay silent.

And yet, as our conversations online about the Surviving R Kelly documentary showed us, Black women cannot be asked to sacrifice ourselves for some greater good that doesn’t include us.

The rhetoric around not washing laundry for the good of the community is a kind of sinister twisting of the language we use around liberation. That language of the collective good, and of shared responsibility, shifts into the idea that our pain and our silence and our sacrifice are necessary for the whole to get on. And if we do speak out, we are selfish, or naive, or we are trying to bring others down.

But the path to liberation does not lie over my back, or over the backs of any Indigenous, Black or Woman of Colour. It will not lie in our taking one for the team, or in the disposal of a few of us as long as everyone else gets theirs. The people who dirtied our laundry by knocking us down in the dirt do not get to dictate to us how and when we wash it.

The people who never saw us as part of the team to start with do not get to tell us how to play.