Dalhousie University has dismissed a formal complaint filed by four professors concerning the 2015 DDS Gentlemen’s Club Facebook group. “It is my judgment that the matter is ‘subject to action as an alleged failure to meet standards of professional conduct’ as required by the School of Dentistry and therefore not eligible for consideration under the Student Code of Conduct,” wrote Vice-Provost Anne Forrestall in a letter to the four profs.

The profs responded with their own letter saying that “it is distressing that the only formal process the student conduct is subject to now is ‘review by the Faculty of Dentistry Academic Standards Class Committee for DDS4.'” 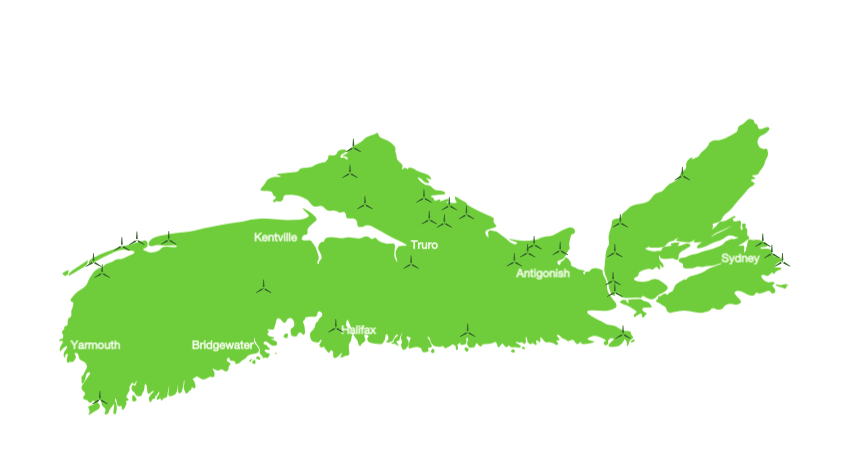 Nova Scotia Power has published a map of large wind farms in the province. The company says wind now accounts for nearly 10 percent of the electricity generated in Nova Scotia.

Cheryl Maloney, president of the Nova Scotia Native Women’s Association, and historian Gerald Gload went on Global to discuss a documentary film they’re making that claims the Mi’kmaq invented hockey. In particular, Mi’kmaq craftspeople made hockey sticks from the wood of hornbeam, and a linguistic analysis shows that there was an extensive pre-contact lexicon for ice games using sticks and pucks.

Meanwhile, the world’s oldest known hockey stick has been sold for $300,000. The stick was carved from a tree growing next to Pottle Lake in the 1830s.

Janice Stairs, chair of Nova Scotia Business, Inc., tells the Chronicle Herald’s Michael Gorman that the crown corporation will announce a new CEO “this month.” My bet is that former deputy minister Ian Thompson will walk right back in through the revolving door, but I guess time will tell. 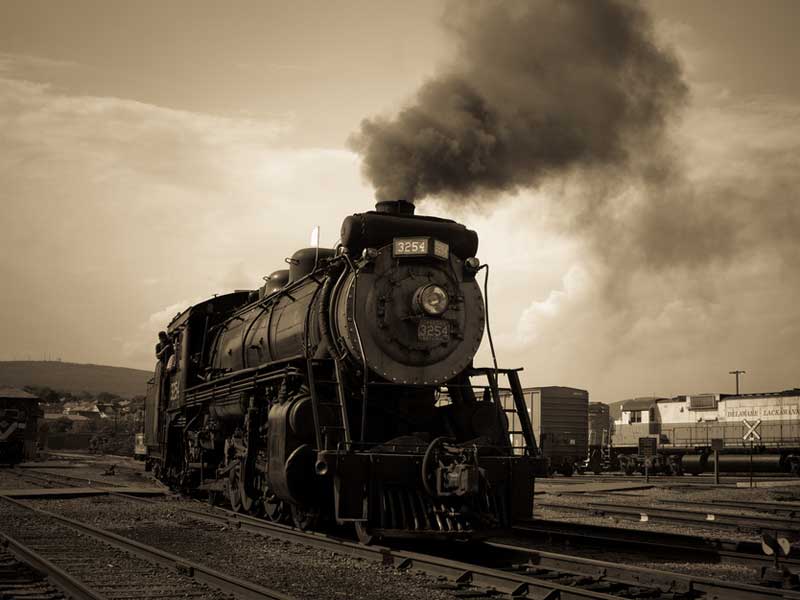 Remember when people, mostly MLAs, renting apartments in Barrington Gate complained about the music from the ancient and legendary blues bar down on the corner and got it shut down? Or when the people buying condos in Bishops Landing complained about the foghorn on Georges Island and got that shut down? Well now those people are moving to Dartmouth… developer Francis Fares has sold hundreds of condo units in King’s Wharf, on the Dartmouth waterfront right next to the railroad tracks, and those residents are upset that the train blows its whistle at night while crossing the access road into King’s Wharf.

In other train news, a CN freight train derailed in Mont-Joli, Quebec Friday night. “The derailment forced a passenger train that left Montreal Friday evening for Halifax to stop in Mont-Joli around 3:20 a.m. Saturday,” reports the Presse Canadienne. “The 91 passengers waited between five and seven hours before boarding three buses to continue on their way Saturday morning.”

One New Year’s Eve I was on the VIA train pulling into Halifax, and the engine derailed on the iced-up tracks in the rail cut. No one was hurt, but they told passengers to sit tight until the engine could be put back on the tracks. We waited several hours, but the porters wouldn’t serve up booze or even give us peanuts or whatnot. As the new year approached, my disgruntled fellow passengers began to leave the train, trudging through the snow to their parties. I waited it out, and got home in time to turn on the TV and watch those silly people standing in the freezing cold at Grand Parade.

This week will see the culmination of the Liberal government’s war against the Nova Scotia Government Employees Union. “Dumping on the NSGEU may be politically popular but it appears to be a slap in the face to the Canadian Charter of Rights and Freedoms’ freedom-of-association provision, not to mention a dog’s breakfast of international labour laws and treaties to which Canada is a signatory,” notes Stephen Kimber. “The validity of this law will almost certainly ultimately be decided by the courts—at a great financial and social cost.”

Confidential evidence submitted by Service Nova Scotia to the Nova Scotia Utility and Review Board estimates the total value of payday loans granted from July 1, 2013, to June 30, 2014, was $89,276,435.

Brighton argues that credit unions and nonprofit organizations should be offering short-term loans to the mostly low-income people now patronizing the high-cost vendors.

Kudos to the Nova Scotia government for negotiating a five-year contract for land-line telephone service with Bell Aliant worth $15 million to $16 million, a 30-to-40-per-cent price drop.

The day prior to reading this, Bell Aliant notified me, and I assume all individual land-line customers, of a $3.50 per month increase in our rates, effective in March.

This constitutes a 13.8-per-cent increase for basic land-line phone service, with no added features. This follows an increase of $4.50 per month last July. 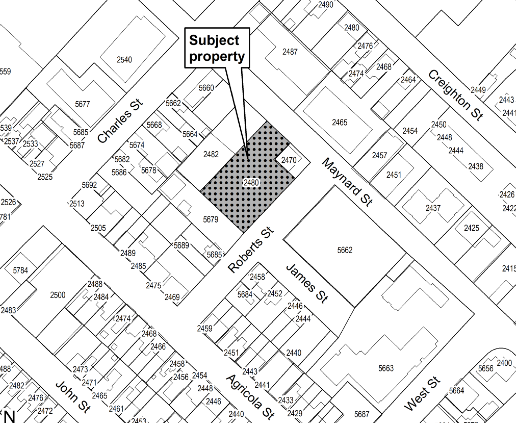 Districts 7 & 8 Planning Advisory Committee (4pm, Room 301A, Halifax Central Library)—the committee will look at a proposed eight-storey apartment building on Maynard Street. This is the building that city council fast-tracked last month, overriding a staff suggestion that a plan for the quickly developing area be developed before more buildings are constructed.

Update: My mistake, the committee will look at the Maynard development next week. Today is just an orientation meeting for the committee. No doubt fascinating, but not about the development.

Senate (4pm, University Hall, Macdonald Building)—you have three guesses as to what’s going to be discussed.

The first soap opera was not aired on radio or TV, but was displayed in the night sky. The Greeks and Romans created a drama of the gods, the main characters are visible each clear night and the show has had a run of over two thousand years!

Five bucks at the door. Leave your screaming children at home. 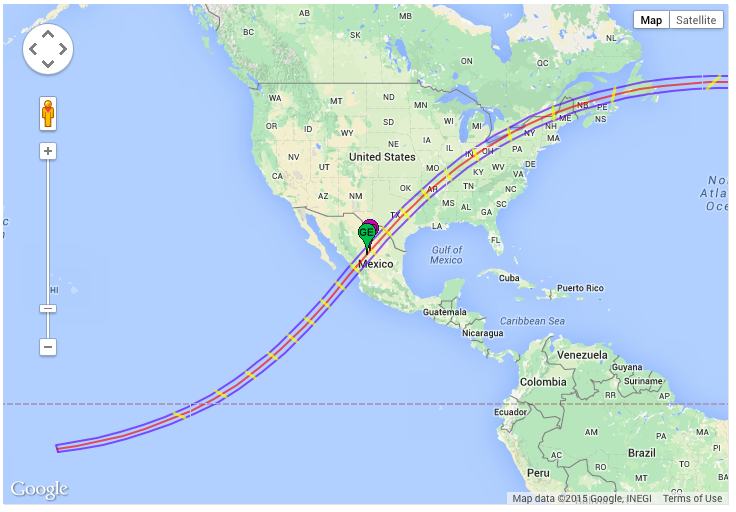 There are no good total eclipses coming our way anytime soon, but we’ll be a short drive away from one in 2024. 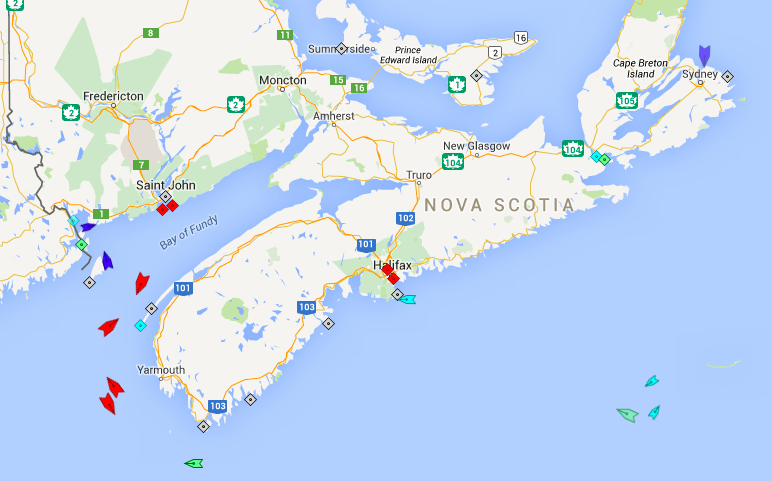 The seas around Nova Scotia, 7:45am Monday. Map: marinetraffic.com