A developer is telling dozens of tenants to move out of a Bedford motel at the end of the month and offering no compensation — one of many landlords ignoring provincial rules around so-called renovictions, according to Dalhousie Legal Aid.

The province banned the practice, where tenants are evicted to facilitate renovations or demolitions, during the COVID-19 state of emergency.

That ended on March 21, and at the same time, new rules came into play: tenants must be given three months notice, have a written agreement with the landlord, and be compensated between one and three months rent, depending on the size of the building. If they can’t reach an agreement with tenants, landlords are now required to apply for an eviction order with residential tenancies. There’s additional compensation available to tenants if those rules aren’t followed. 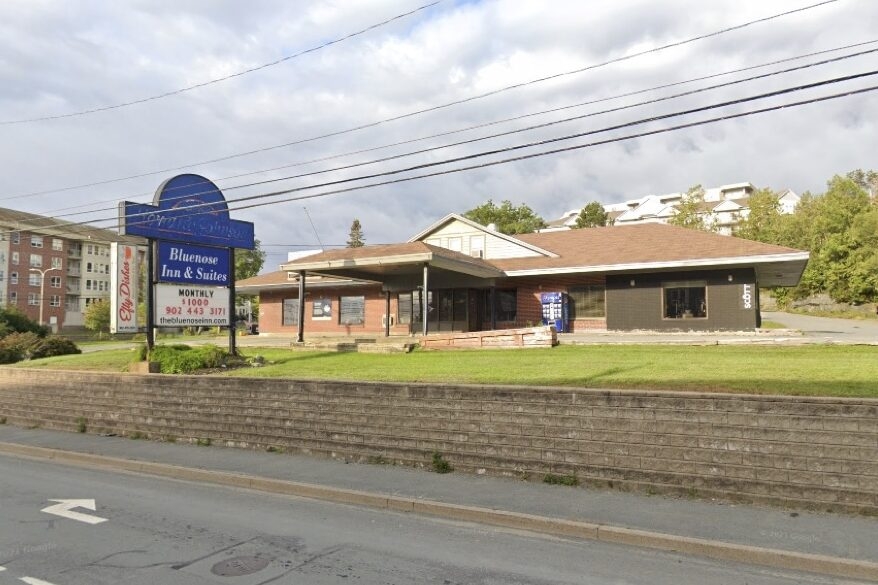 The Bluenose Inn and Suites in September 2021. — Google Streetview

In the notice letter, management blamed the “septic system” (in an area with municipal water and sewer) and water pressure issues.

“The property owners have made a well-informed decision that it is time to retire this Property,” the letter said.

“Please consider this letter as written notice effective March 1, 2022, that all tenants must vacate the property within 60 days. May 1, 2022.” 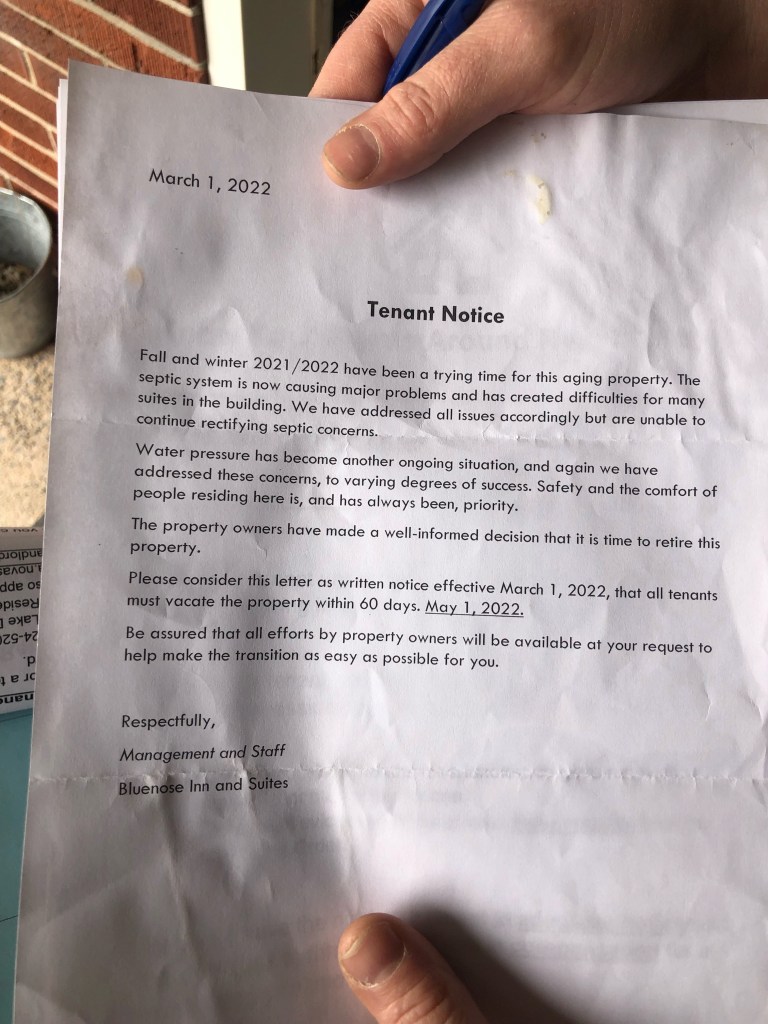 The notice to tenants handed out on March 1. — Photo: Contributed

Brandy McGuire is one of about 40 tenants at the Bluenose Inn and Suites. She’s paying $1,400 for a room with a kitchenette for herself and four children, ages five to 10.

“We moved here about two years ago due to the housing crisis. We had nowhere else to go, and we’ve been here ever since. The market’s hard right now. We can’t afford anything,” McGuire said in an interview.

The room she rents has a kitchenette and a pullout couch in the front room, and another area in the back, separated by a curtain, with two more beds. The shower hasn’t worked properly in more than a year, and there are mice, McGuire said.

McGuire is studying at NSCC, where she’s taking classes online, but she said the internet stopped working at the building around the same time she got the notice to leave.

McGuire has found a new place, but it’s going to cost much more. 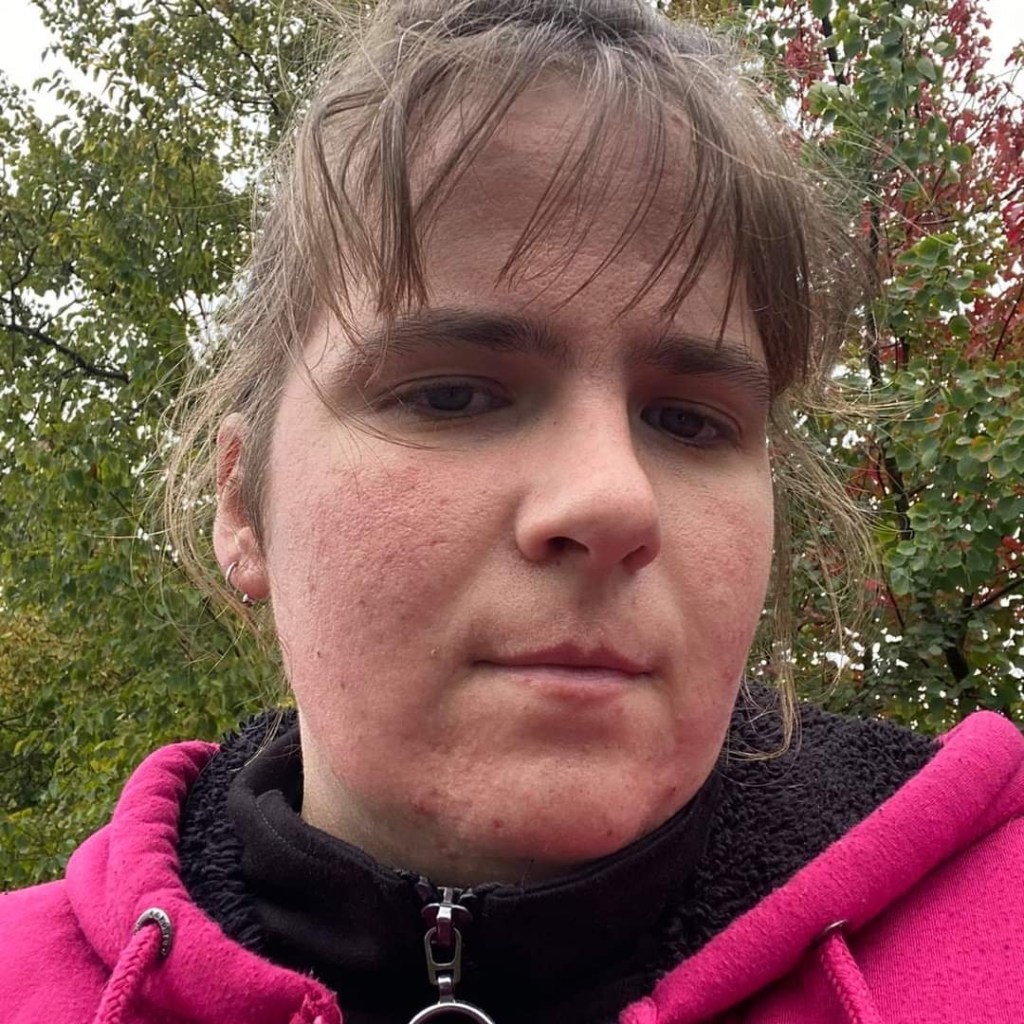 “I did manage to find something because I felt forced into it. I’m going to struggle to afford it, but I have no choice,” McGuire said.

“I need to do school or I’m going to be stuck in the same rut that I’m in. Without the education, I can’t afford to live in the city.”

Landlord denies tenants are being renovicted

The building’s owner, John Ghosn, has an approved development agreement for the site, originating in 2017 and amended in 2021. The newer agreement includes a completion date in 2026. Ghosn’s company, Enqore Developments, is advertising the new building.

“This development will include 105 residential units with a commercial main level and waterfront views. Located on the corner Larry Uteck and the Bedford Highway this property will highly desireable,” reads Enqore’s website. 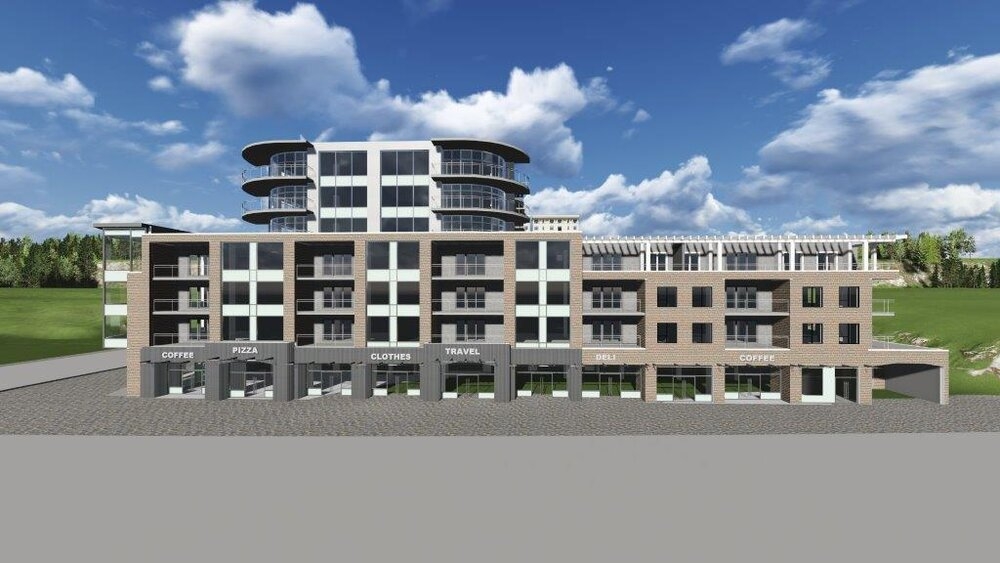 A rendering of Ghosn’s plans for the site. — Photo: enqore.ca

Ghosn told the Halifax Examiner there’s no start date for that project, the development agreement hasn’t been signed, he hasn’t pulled any permits, and the tenants aren’t being evicted.

“It’s not our policy to illegally evict anyone from any property ever, certainly not in these times or circumstances,” Ghosn said.

“The motel is no longer appropriately habitable, and it’s past its economic life or lifespan, it’s about 70 years old … We’ve got no plans to renovate or building anything new there. The place is not habitable any longer, and there’s not much I can do while there’s people living there.” 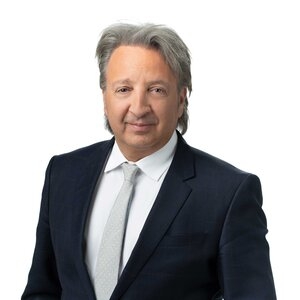 Ghosn said he’s open to letting tenants like McGuire stay longer if they can’t find a new place. He said the only people really being evicted are those who are behind on rent — though he said that’s about half of the people living there.

“A lot of them don’t even pay rent and the place is not even habitable,” Ghosn said. “Am I expected to be a public housing authority that will house people that have nowhere to go? What are my options? What am I to do when there’s sewer backups and electrical issues and plumbing issues, roof leaks, what am I supposed to do?”

As for the allegation that the internet doesn’t work, Ghosn said it’s an old building and it’s “been off and on over the years” due to a “very poorly-wired WiFi system.”

Mark Culligan, a community legal worker with Dalhousie Legal Aid, said the Bluenose Inn and Suites is one of “at least a dozen” buildings he’s heard where renovictions are happening since the lifting of the state of emergency on March 21. The Examiner previously reported on the issue here. Culligan said some smaller landlords may be unaware of the rules, but most of them know what they’re doing.

“With some of the larger landlords, I just don’t think that it’s plausible that they don’t know the law,” he said.

“I think for many of the larger landlords that they simply are making a financial calculation that it’s cheaper to bluff people into leaving or to pay small fines if necessary in order to expedite their development project.”

This specific case as the Bluenose Inn and Suites shows another issue with the state of housing in Nova Scotia, according to Culligan: the vulnerability of tenants living in hotels.

“There’s a population that lives in this kind of permanent, semi-transient lifestyle in hotels and motels, and that happened here in Nova Scotia during the pandemic. No one’s keeping track of how many people are living in these hotels and motels,” Culligan said.

‘”And we’ve seen a couple so far, and this is, I think, the second example that I know concretely of, where these operators are attempting to turn back to tourist accommodations or to move away from renting to low-income people.”

Hotel operators may try to argue these tenants don’t have tenancy rights, but Culligan argues that if someone is paying monthly rent, they’re a tenant, not a guest at a hotel. There are existing legal tests for this, but new language in the Residential Tenancies Act further solidifies these rights, Culligan said.

“I think there’s an argument to be made that if somebody’s staying in a hotel or Airbnb or whatever for more than 28 days, then they become a tenant,” Culligan said.

“And I think there are probably thousands of people in Nova Scotia who are living in these hotels who are actually tenants and are on the verge of eviction and are about to be cleared out so the tourists can come back.”