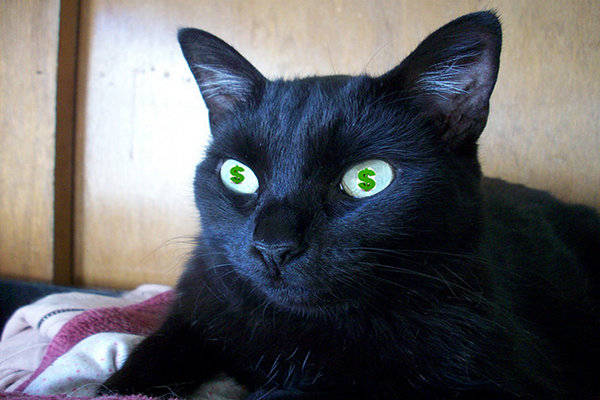 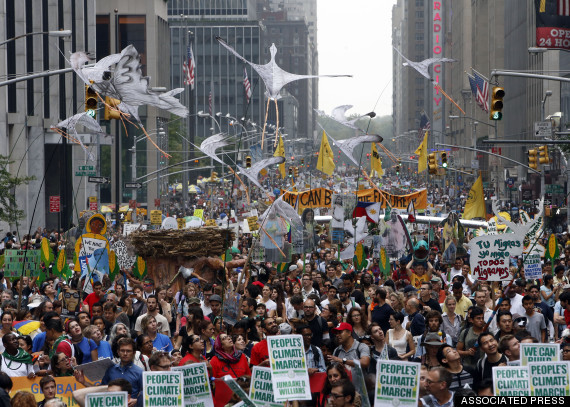 Four hundred people marched in Halifax, with “dozens” in other Maritime cities. These were local rallies timed to coincide with the gigantic march in New York City. Some 400,000 people showed up for that march, reports the Huffington Post.

There is nothing more important than addressing climate change.

We all know who the victim in the “high-profile child pornography case” that starts today is, but as the Chronicle Herald reports:

The identity of the alleged victim, a girl who died in April 2013 at age 17 after a suicide attempt, is banned from publication.

A freelancer has asked me to publish an article explaining how ridiculous the publication ban is, and urges me to violate the ban by naming the girl. The girl’s father has repeatedly violated the ban, on Facebook and on his own blog (neither of which I can’t legally link to), without being charged. So why can’t the media?

The freelancer is right, but still, I’m not going to violate the ban. The whole situation stinks.

Global features people with disabilities surfing at Martinique Beach. And you gotta love it when surfer dudes are reporters.

In case you can’t look out the window, here’s a news article about it.

Last week the Globe & Mail reported that the Halifax-based Atlantic Institute for Market Studies, a right-wing “think tank,” did not respond to a request from the paper asking if it has been audited by the federal government, as have many left-leaning charities. Today, Stephen Kimber follows up:

So I emailed Marco Navarro-Genie, AIMS’ current president, to ask for its response. He replied he was “very surprised” because the writer hadn’t contacted him for a comment. His actual comment once we asked: “We won’t comment on this.”

Executive Standing Committee (10am, City Hall)—The committee is going in camera to discuss “HRM Pension Plan (HRMPP) – Private and Confidential Report.” I’d like to know the justification for secrecy. I can’t think of any reason to keep this from the public other than to avoid a political discussion about funding the pension plan. This is not the purpose of in camera sessions.

On this date in 1939, working women in Nova Scotia cities received a new minimum wage of 22 cents an hour. Rural women and men had lower minimum wages, and minimum wage laws set different wages for men and women until 1972. More on this as I research and read.

If you haven’t already, you should visit Glenn Greenwald’s newish venture, The Intercept.

The Regatta, an Oceana Cruises cruise ship in port today, was the scene of an alleged child rape in 2009. A lawsuit accused a crew member of raping a 13-year-old girl, and sought damages from Oceana. The firm filed an “affirmative defense” trying to limit damages to $65,000, the limit imposed by an arcane international treaty known as the Athens Convention. A judge rejected the argument, and the case proceeded, but appears to have been settled out of court.

In contrast, the cruise ship Norwegian Gem, also in port today, has a remarkably scandal-free history. In fact, the boat is best known for an act of bravery: In 2011, Gem captain Hakan Svedung responded to a US Coast Guard call and diverted the ship two hours to save five passengers on a small sailboat disabled by rough seas. The Huffington Post reported:

Upon reaching the Sanctuary, Norwegian Gem encountered extreme weather conditions with wind force up to 40 knots and large swells, making it challenging to launch the ship’s rescue boat. Once in the water, the rescue boat made contact with the sailboat and quickly transferred the five occupants.

The third cruise ship in port today is the Veendam, which I wrote about last Thursday.

The city continues to reduce we citizens to the status of mere consumers who have value only so far as we can be marketed to. To be precise, it has calculated a dollar value for our eyes.

As is explained in an Expression of Interest:

HRM has just recently launched a Digital Signage Network across 35 screens in HRM, both external and internal screens. Digital Signage will enable HRM to use media-rich messages of importance to citizens and the municipality directed to targeted audiences in high visibility locations. This place-based communications model ensures message control while allowing for delivery of real-time content driven by time, location, demographics, and promotional messages. The ability to impact HRM citizens would be further augmented by the use of full motion and colour video with multi-source functionality that allows for varying images and messages to different groups of citizens, employees, visitors, and stakeholders.

Yep, the city is all about “message control.” It’s bad enough we have to put up with CNN blaring at us in airports and bank lines, now our very own city government is going to add to the noise pollution with 47-inch TVs in public places. Here are some examples:

Noise pollution aside, the real kicker is that now that it’s going to force video upon us, the city is also going to profit from the distraction. The plan is to sell “sponsorship”—read “ads”—on the TVs. The city’s message control content will run for two to three minutes “continuously throughout the day and evening,” and the advertisers’ content will run “approximately 10-12 seconds” within that loop.

What’s disgustingly fascinating is that there is an exact value placed on our can’t-refuse-to-be-bombarded-by-advertising attention, all laid out in this handy chart: 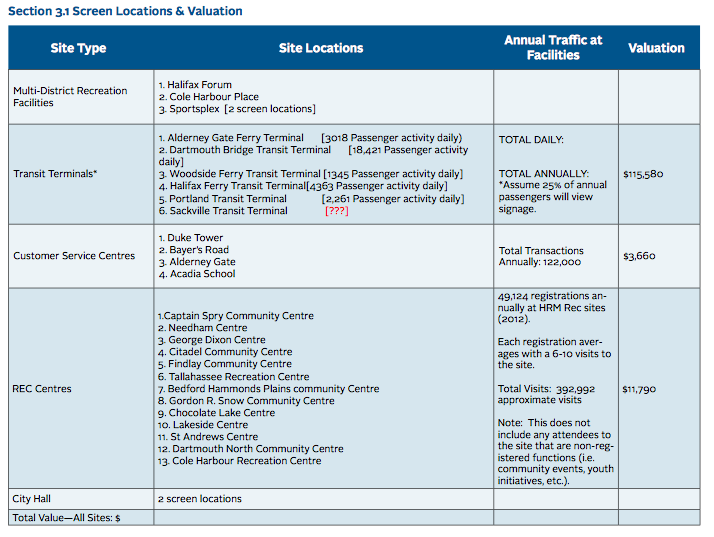 Here’s how the valuations were determined:

To determine the overall valuation of the sponsorship, the above chart was completed to assess a value based upon the number of users/visitors to each site multiplied by the average CPM (Cost per thousand impressions). The CPM marketing valuation model refers to advertising on the basis of impressions at the site. As relevant to this project, the CPM average would relate to the number of times a digital screen ad is viewed by visitors to the site. Many sponsor benefits have a range of weightings to reflect the conditions that may apply to the delivery of that benefit like the target audience, exclusivity, etc. The range for digital signage averages $.0025 to $.05 with the value rarely worth more than $.03.*

*CPM rates from averages calculated by the Centre for Excellence in Public Sector Marketing (CEPSM), February, 2012.

So, in short, the city is taxing your eyeballs. If you want to receive city services, at a rec centre or even simply catching the ferry or transferring from one bus to another, you will be taxed for the privilege.

And make no mistake, this is in fact a tax, and a tax of the worst kind. The way the city views it, our eyeballs have value that has not been properly monetized. We could be using our eyeballs to help us engage in conversation with the other people standing in line for the ferry, or to read material we selected ourselves, to look in awe at the panorama of the ocean before us, or even to close them in quiet contemplation. But while valuable, none of those pursuits are properly monetized. The city is planning to take the value embedded in our eyes, value we now own as our own private property, and transfer that value to two corporations, so that both the city and the corporations can profit, in dollar terms—without our consent, without even asking us.

What depresses me even more about this is nobody much will care. Advertising has so permeated our daily life that we’ve come simply to expect it, even from a city government that should be serving us, not reducing us to profit point margins.