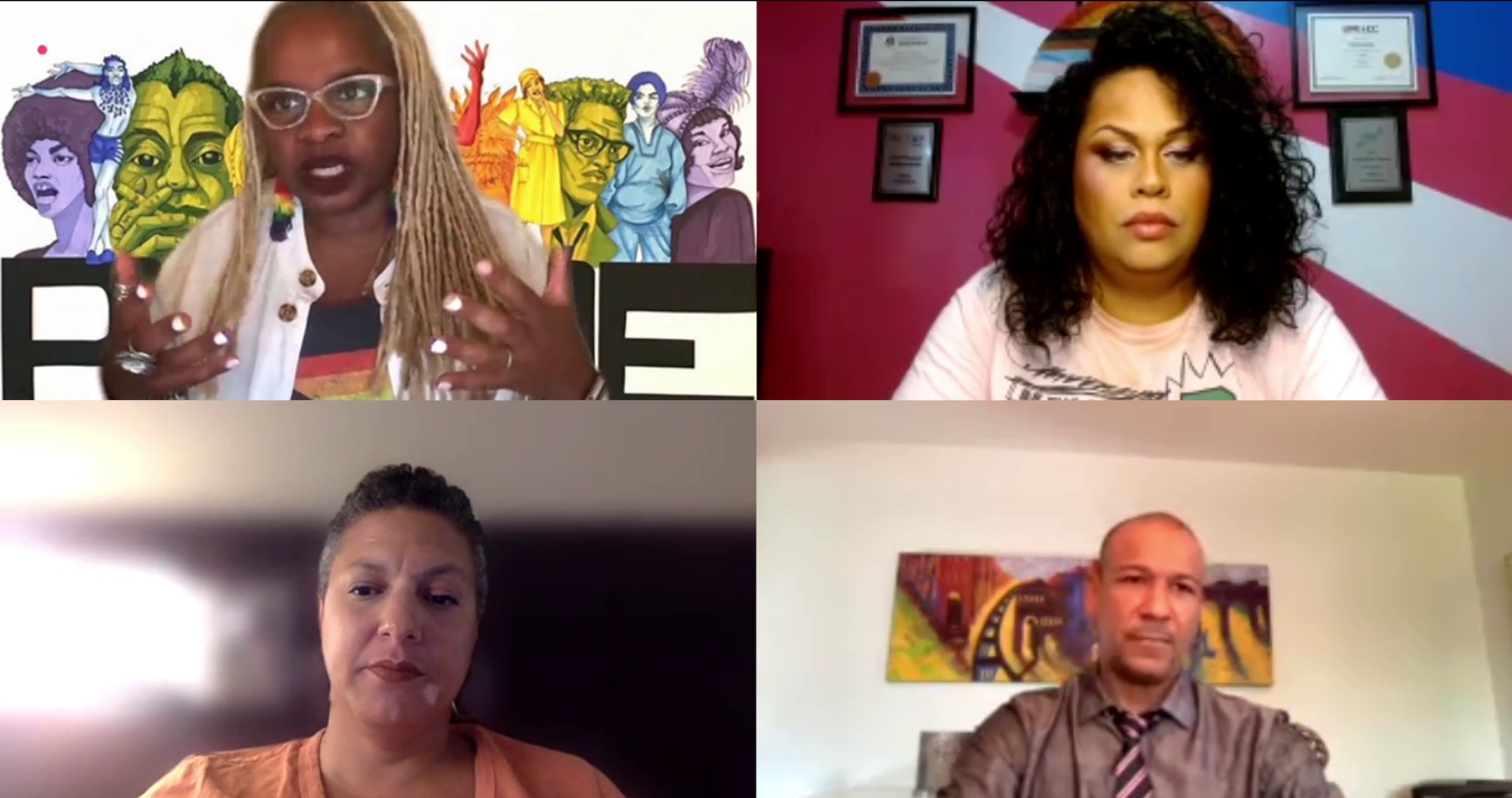 The episode titled Black Queer and Trans Lives Also Matter aired last week, coinciding with Pride month and the Halifax Pride Festival. The all-Black LGBTQ panel members spoke about performative activism, woke rhetoric, and anti-Black stereotypes and myths that are perpetuated about homophobia and transphobia in the Black community.

Dr. OmiSoore Dryden, who is the James R. Johnston Chair in Black Canadian Studies at Dalhousie University, was the moderator.

Dryden acknowledged that homophobia exists within the Black community and that Black people, especially Black people within the LGBTQ community, are already familiar with the nature of it.

“But I do push back against this idea that our communities are the most homophobic or transphobic communities in the world,” she said. “I don’t buy that for an instant. I think that is a form of anti-Black racism that gets perpetuated and then people say to us, ‘Oh you’re so brave to come out and be queer.’

“And what it does is its used as a way to obscure or not deal with the very deep-seated anti-Black racism in predominately white queer and trans communities.”

Dryden said the first time Black Lives Matter Toronto heard the term ‘All Lives Matter’ was from white members of the queer and trans community at Pride in Toronto. 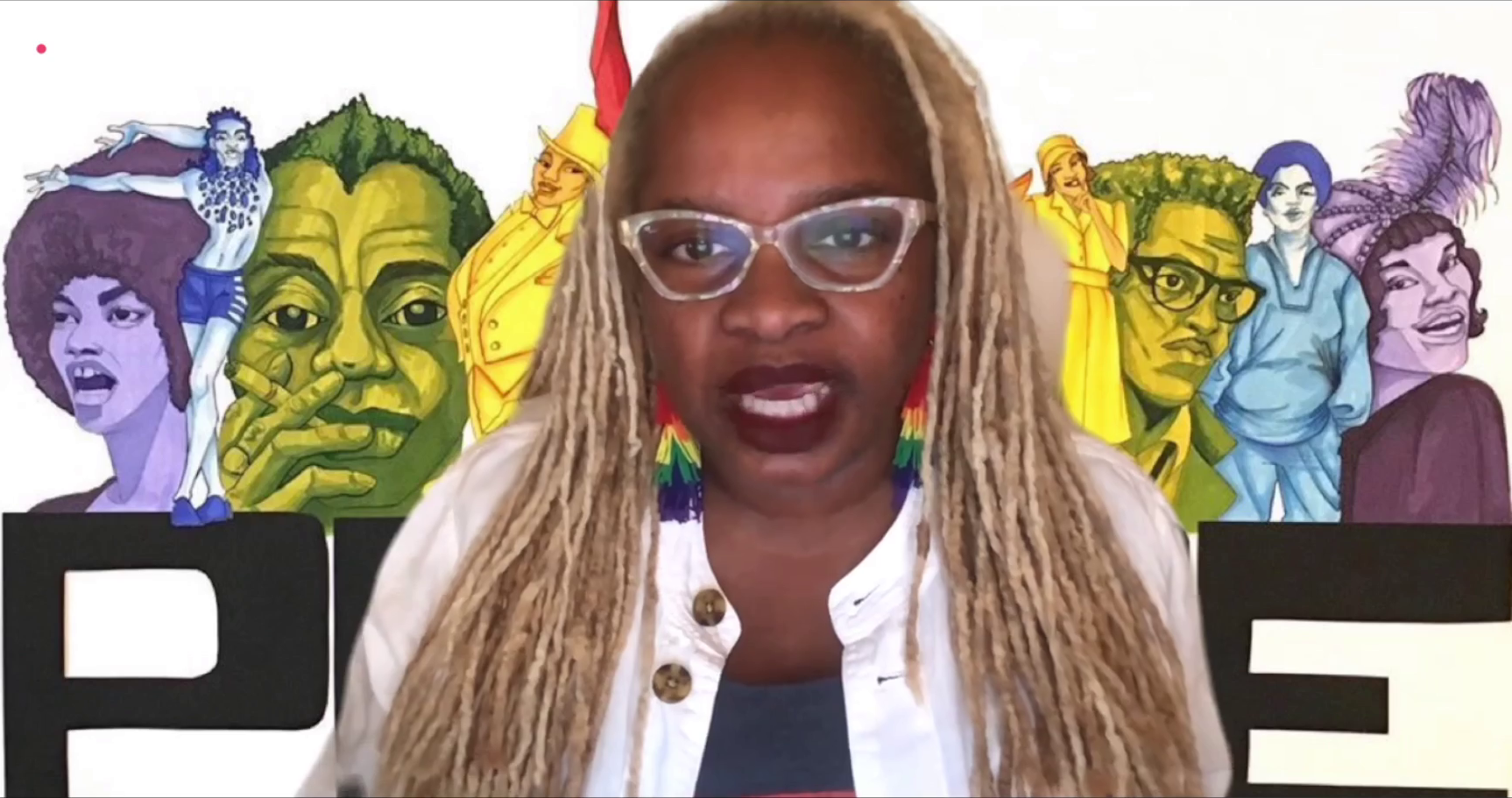 “It is important to also remember that on May 27, 2020, Tony McDade a Black trans man also killed by police, just two days after the murder of George Floyd, and yet we know less about Mr. McDade,” said a description for the episode. “Tony McDade was further harmed after his death by being misnamed (dead-named) and misgendered in the press.”

Dryden said what happened to McDade is nothing new because Black people “have historical experience of having our names taken from us, to be named by others to their use and to our detriment.”

Dryden then talked about Brazil Johnson, a 28-year-old Black trans woman who was found shot to death in Milwaukee this past June.

“And we know that these forms of anti-Black homophobia and anti-Black transphobia are far from benign. They’re dangerous and harmful.”

White has experience leading diversity, equity, and inclusion work in the federal public service, RCMP, the justice system, and the private sector. 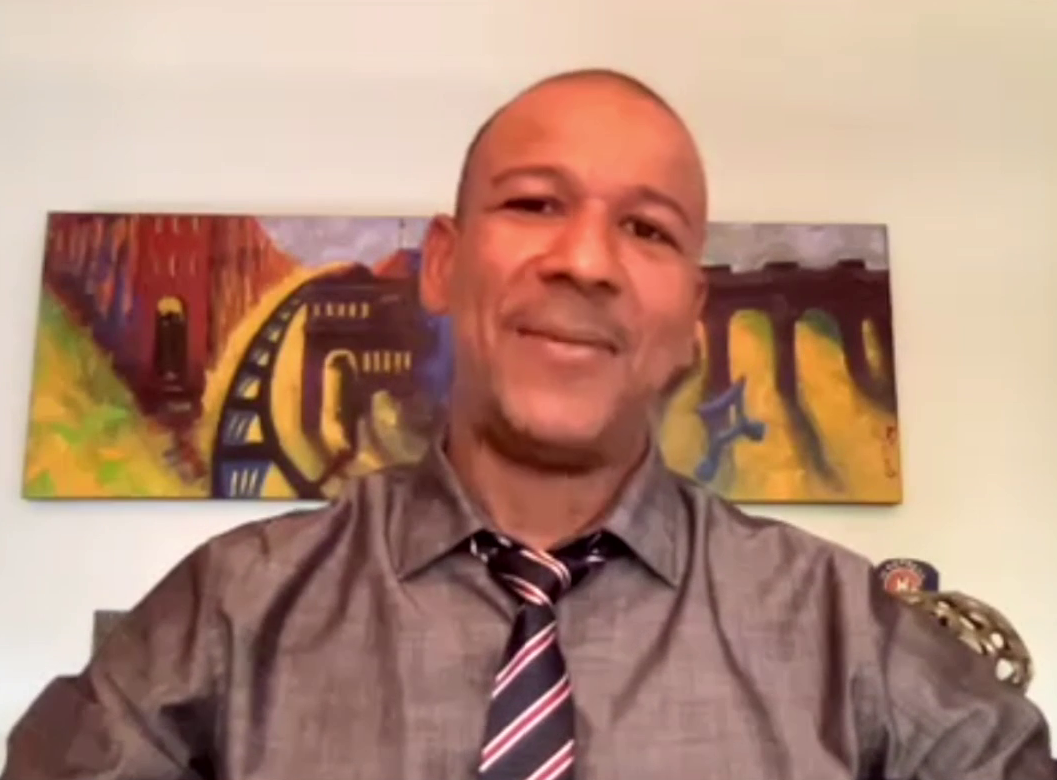 White spoke openly in the discussion about being outed as gay by his former wife, and about the loss of his 18-year-old daughter, Bria, who was gay and died by suicide in 2020.

Chris Cochrane, who is the vice-chair of Halifax Pride, is a Black trans female activist, public speaker, and is the support service educator for The Youth Project. She is also well known as her drag persona, Elle Noir.

Zellars is a lawyer, senior research fellow, and assistant professor in the Department of Social Justice and Community Studies at Saint Mary’s University. 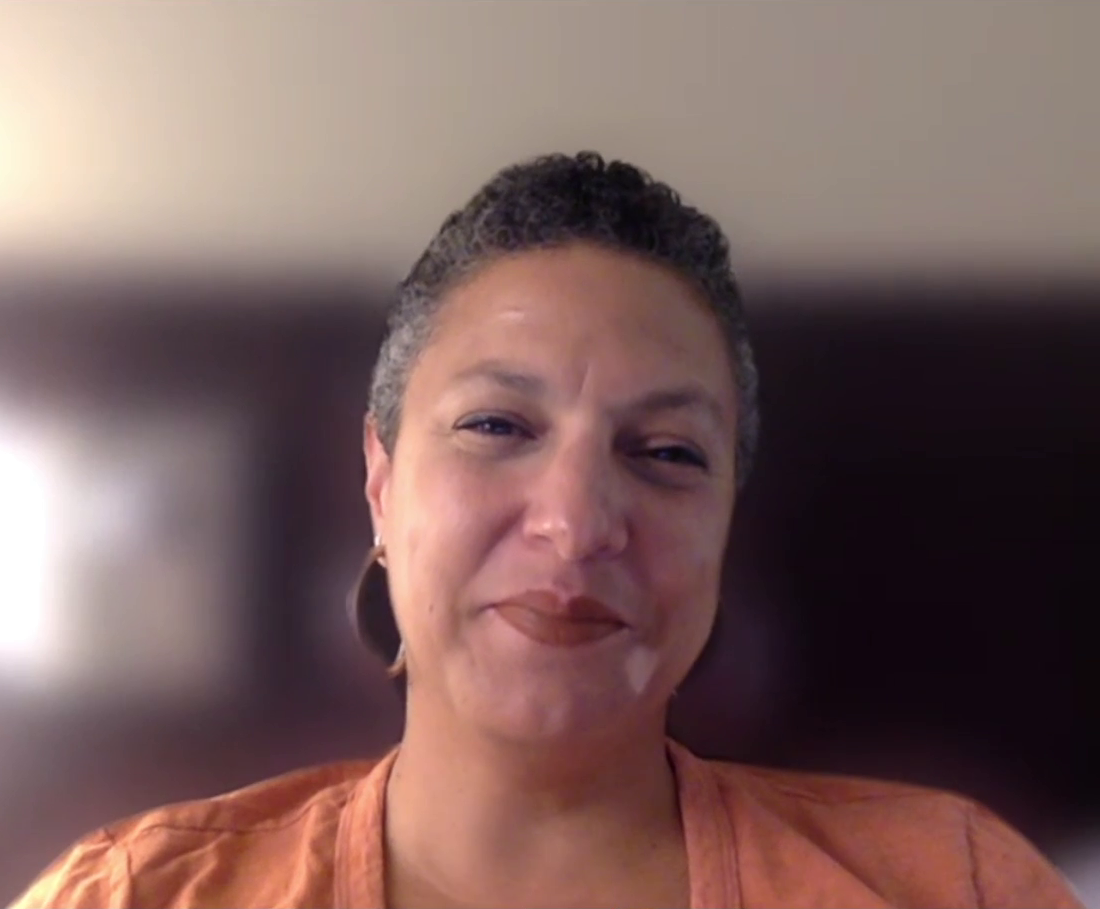 Zellars talked about what she sees as a rising contrast in people who adopt certain ideologies in the wake of the Black Lives Matter movement versus the number of people who actually embody the rhetoric they regurgitate.

“One of the things I’ve struggled with the most since the execution of brother George Floyd, for the first time in history we have used these terms like drinking water — defunding the police, and abolition,” Zellars said.

“Which is really, really great because it’s brought these two very radical ideas into the mainstream, onto the table of discussion in ways that they haven’t been before. But what I feel like I’ve been reckoning with over the last year now is that we truly ain’t ready. There’s a difference between espousing radical politics and actually embodying them.” 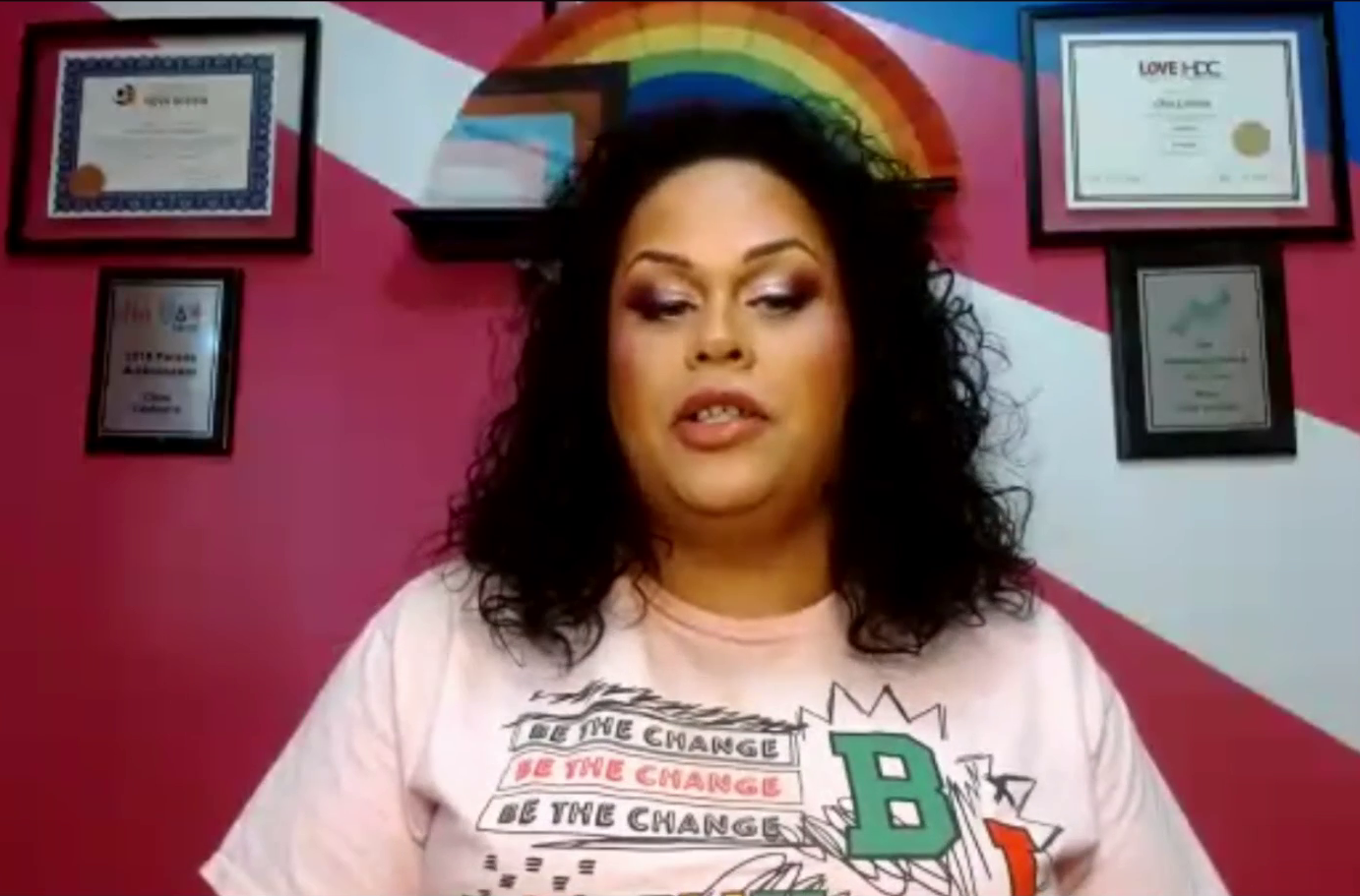 Cochrane said she calls people out on their performative activism.

“I’ve been asked if I’ve lost friends over the years and I always say no. Because if they’re really truly my friends they’re going listen and they’re going to understand. I will educate people but I will never debate my existence with people.”

Dryden sent an email to the Halifax Examiner following the panel discussion:

“Regarding the fiction that white people are more accepting of LGBTQ folks and that Black communities are extremely homophobic, this type of anti-Black racism often gets thrown around as fact, when, in fact, young queer and trans folks will often leave their rural communities, their homes, their cities to escape the intolerance and violence of their homes and communities. This includes white queer and trans kids.”

“Colonialism and slavery exported homophobia and transphobia into our communities.”

The Black Queer and Trans Lives Also Matter episode will be uploaded to Dalhousie’s YouTube channel in the coming days.

Click here for links to the latest episode in the Speak Truth to Power series when it becomes available, as well as links to the 10 past episodes currently streaming dealing with topics such as anti-Black racism, gender-based violence, and racism, and other issues affecting Indigenous communities.