Despite a justice department lawyer’s opinion that there “may be a reasonable basis to conclude that a miscarriage of justice likely occurred” in the conviction of Glen Assoun for the murder of Brenda Way, Way’s sister Carol Beals says she’s convinced of Assoun’s guilt. “A couple of days before [Way] was killed and she said, ‘If you guys find me dead, Glen done it,’” Beals told the CBC.

Premier Stephen McNeil will make a formal apology to the former residents of the Home for Colored Children.

Developer George Armoyan has made a ridiculously low as-is offer of $5 million for the old St. Pat’s high school site. He knows perfectly well the site is worth twice that, at least, but seems to be making his offer to capitalize on public concern about the city’s growing costs for environmental clean-up. As assessor Mike Turner points out, however, the city’s approach to redeveloping the property is sensible, and the increased environmental clean cup costs are minuscule in the scheme of things. 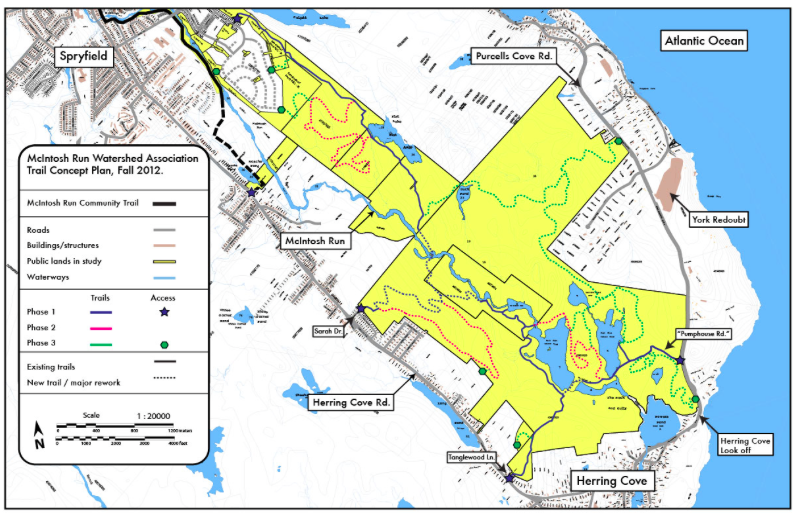 I reported in July:

The McIntosh Run Watershed Association has done an excellent job protecting the stream and building trails along it, and now wants to build a 30km trail reaching from Spryfield to Herring Cove. The trail will be “single track,” meaning not the wide active transportation trails the city builds but rather a narrow trail for hikers and mountain bikers. It will be entirely on city and provincial land, and council [gave] the group permission to construct the portion on city land; it already has permission from the province to build the first stage of the trail on provincial land.

In fact, this trail (or one very near it) already exists, but there’s no doubt the MRWA will improve it, make better and safer water crossings, and generally clean things up. It’s a great project.

The project is gearing up, and the MRWA is holding a meeting next Wednesday, October 15 at 5pm to present it to the public. 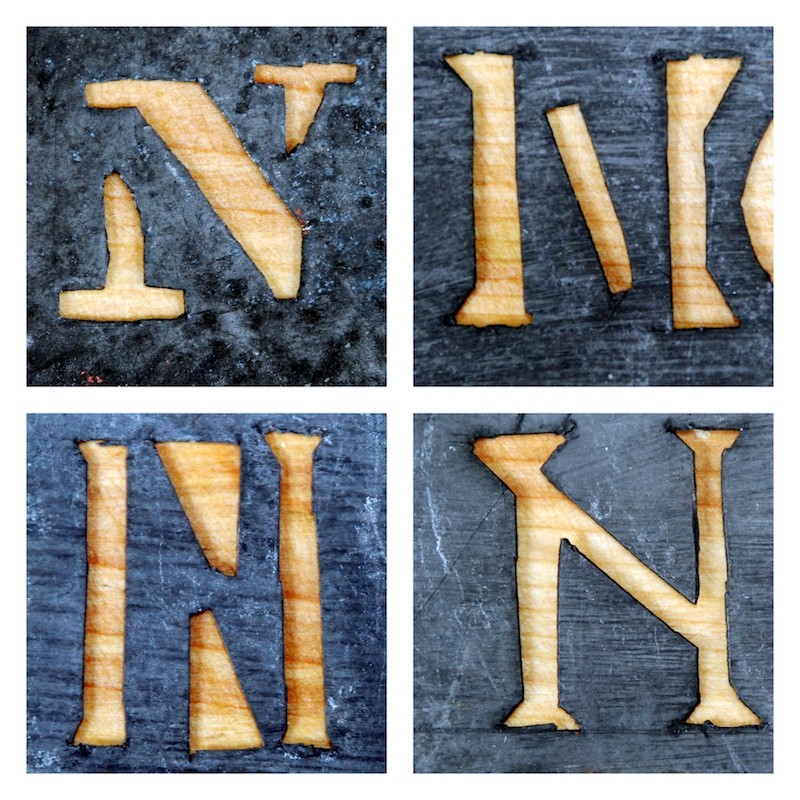 “You may have gathered that I’m  fond of type and letter forms,” writes Stephen Archibald. “I don’t have any particular knowledge or insights, I just enjoy looking at them. I’m also a fan of stenciling and other low grade methods of creating multiple images ( like rubber stamps). So when I realized in the 1970s that antique  stores sometimes had little piles of apple barrel stencils I would keep my eye out.”

Graham Steele talks about what makes an effective demonstration.

Appeals Standing Committee (10am, City Hall)—Four people are appealing their dangerous and unsightly premises citations, and one taxi driver is appealing his licence suspension. Also, councillor David Hendsbee wants to storm the Citadel and arrest the federal government.

Mini Medical School (Thursday, 7pm, Theatre C, Tupper Building)—Mohsin Rashid will talk about “Celiac Disease: A Hidden Epidemic,” and Geoffrey Williams will talk on “Abdominal Moans and Groans, Could It Be Stones?”

The application of Aboriginal knowledge in environmental decision-making has been the subject of much debate. Some argue that Indigenous knowledges systems are laden with socio-political values and have no place alongside impartial Western science, whereas others beleive that the two bodies of knowledge are complementary. Conservation biologist Donna Hurlburt will highlight the opportunities for reconciling multiple forms of ecological knowledge through her experiences as a Mi’kmaw person with scientific training who has worked extensively on the conservation of Species at Risk in Canada.

Chemistry (1:30pm, Chemistry 226)—Alan Doucette from the department of Chemistry will talk on “New Strategies for Proteome Analysis.”

Documentary film maker Errol Morris has an “op-doc” in the New York Times today, “Three Short Films About Peace,” featuring Liberian activist Leymah Gbowee, Lech Walesa, and Bob Geldof. I haven’t had time to watch the films this morning, but I’m hesitant to get enthused about the celebritization of peace. But Morris is making me think about war and peace.

Contrary to the trope about age making one more conservative, the older I get the more I’m willing to identify as pacifist. I used to hedge that a bit—when the Russians or whoever come marching up Portland Street, I’ll be out there on the barricades lobbing Molotov cocktails, sure—but I’ve been around long enough to see that war is a cynical game, at best used to advance private agendas, at worst simply to gratify perverse desires. The entire business is damnable.

I’ve known a lot of peace activists. The quiet dignity in which they work, year after year, decade after decade, without acknowledgement, at great expense to their personal lives, commands respect. These are the people sitting in front of trains carrying missiles, the people standing on street corners protesting whichever of the latest bloodfests, the folks who have for 50 years camped along the fences of the nuclear test site.

A friend contemplates the apparent state of never-ending war, and looks back at her life of activism, marching against wars. “What good did it do?” she asks. “Just think how bad things would be now if people had not protested,” I respond, a weak answer, but perhaps in the face of irrevevelancy, all there is is an existential response: You took a stand.

I have another such a friend back in California, Chris, a nurse who has spent her life as a war tax-resister, a presence at the nuclear test site, and an organizer of the local Peace & Justice Centre. Chris’ partner, Mike, recently died from cancer. I didn’t much know Mike, but he was a former green beret who embarked on a life of peace activism. You can read his obituary here.

I don’t know that there’s a point to this, except maybe that the people who should matter most aren’t even known. Maybe that’s the way it has to be.

The seas around Nova Scotia, 5:45am Thursday. Map: marinetraffic.com

The Nova Scotia Human Rights Commission is looking to move out of its Summit Place office and find a new 6,629 square foot office somewhere on the peninsula. Lease for the new space would commence on September 1, 2015, but the Commission is making an allowance that, hey, perhaps for some reason, say, ongoing construction, the space may not be ready by then, so they’d be totally open to having temporary space provided for a few months, if the developer, I mean landlord, isn’t ready to provide the permanent space until, oh, say, January 1, 2016. But no siree, this is not a tender written with a specific landlord in mind, because that would be illegal. Nope, in fact, Joe Ramia and the Nova Centre aren’t even mentioned in the tender document, so stop being Mr. Cynical, OK?