“During a campaign event in Dartmouth, N.S., Friday, [Jason] Kenney, a Conservative candidate in the Oct. 19 election in the Calgary Midnapore riding, ruled out any move to revoke the citizenship of serious criminals such as mass murderers or child predators, insisting the practice would be limited to ‘convicted terrorists and traitors’ who have turned on Canada.”

Kenney continued, “we also want to assure racist Canadians that while we are focused on Muslims right now, we haven’t forgotten about “foreign gangsters.” Kenney noted that difficulties in polling Canadians to ask the questions, “do you hate Black people?” and “who do you hate more, Muslims, Natives or Blacks?” and “Are you a proud racist?” has resulted in the conservatives focusing on the issue of niqab for now, as “asking about niqab allows us to subtly use racism while pretending it’s about Canadian values. We tested questions like, ‘should jerk chicken be classified as a chemical weapon?’ and ‘should attending a Pow Wow be a parole violation?’ but we didn’t think they were as effective in signalling racism while allowing us plausible deniability,” Kenney said.

Noted feminist and Islamic scholar Kenney also continued to defend the rights of women, by suddenly learning the word “misogynist” while talking about niqab. “Let’s be clear, this practice of face covering reflects a misogynistic view of women which is grounded in a medieval, tribal culture,” he said.  Kenney then affirmed his unequivocal support for Israel as well as for Evangelical conservative Christians.

Kenney compared being a Canadian citizen to joining the Unicorns, explaining that “When you say you’re best friends with Jessica, but then you turn on Jessica who you’re supposed to be basically loyal to and are friends with Elizabeth instead, then you don’t still get to be in the Unicorns, okay?” 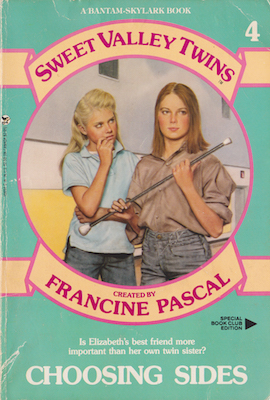 Kenney also announced that even though the Conservatives committed to building 15 frigate replacements, that number could actually be as low as 11. “But it’s okay, Nova Scotians!” Kenney assured us.  “Even though you were promised jobs and a boost to the economy, what’s really important is that the ships we do build will be used against Muslims.” 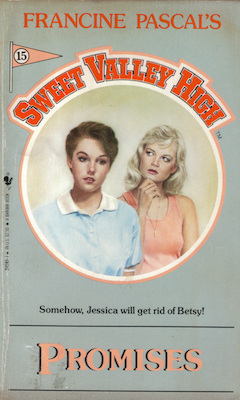 2. Human Rights activist Kenney mysteriously neglects to talk about this

While Defense Minister Jason Kenney was talking about citizenship like he was in 2010 or something, he naturally did not comment on actual issues to do with the Canadian military, such as the press conference calling for an inquiry into racism in the Canadian Armed Forces. 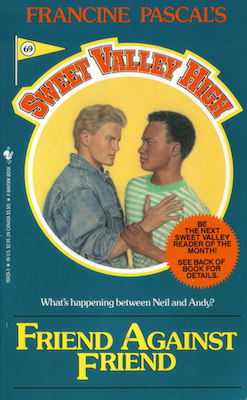 Representation of racism for Jason Kenney.

Wallace Fowler reports that hordes of niqab wearing Muslim traitors viciously attacked him due to their medieval tribal hatred of Canada’s freedoms and their constant desire to take up arms against our Canadian military.

Fowler says he dealt with racism from members within the armed forces that he worked alongside, as well as from people within the community on the armed forces bases. Fowler says he wasn’t the only one who suffered from the discrimination, his family was also targeted. He says military members used to throw bananas at his wife and call her a monkey, and his daughter also had someone spit in her hair.

Oddly enough, none of these attackers of a member of our military were deported or stripped of their citizenship for these anti-Canadian acts. In fact, Fowler, who suffers from PTSD as a result of these experiences, “repeatedly sought help and was told there was nothing the military could do. He filed police reports and even launched complaints, but says nothing was taken seriously. Stockton says his client, “faced a failure from the military to effectively and seriously address the issue of racism within its ranks.'”

Former Staff Sgt. Rubin “Rocky” Coward points out that, “The military incessantly reports that they have a zero tolerance towards discrimination but I want to make it unequivocally clear, they have no policy to deal with racism whatsoever.”

Fowler wants to make it clear, he is after change with a public inquiry, and has no plans to launch a lawsuit. “I’ve never once asked for money. Not once. I’ve asked for an inquiry to take place based on the people involved so this doesn’t happen to the next family, to go through what I went through,” he said. “We’re good enough to put on a uniform and die for this country if need be, but when it comes time to be treated like a normal person and treated with respect, we’re told we don’t count.” 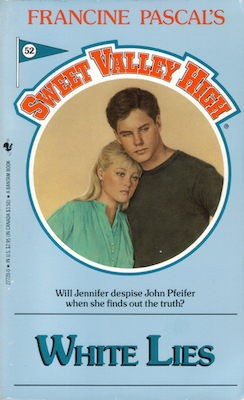 Well, we know how the Harper government feels about inquiries.

The city confirmed that Darrin Natolino is leaving his position as superintendent of winter operations. 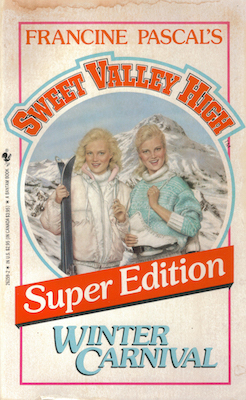 “Last year perhaps scared him right out of the municipality,” Coun. Tim Outhit joked on Friday after hearing the news.

“Certainly sorry to see him go. I wish him well, and we’ll miss having him to blame.”

HAHAHAHA. No really, I think we can blame the decision to hire private contractors.

…Mosher said Natolino would email CAO Richard Butts with requests for more resources and changes that “were not granted,” but which should have been due to the rapid freeze and thaw cycle.

She added that until now regional council may have been telling Butts to be fiscally responsible but he should be directed that “public safety is of the utmost importance.”

“If they need more resources then we’ll have to make it happen,” Mosher said.

“If we don’t have improvements in service, the ownership should be on him.” 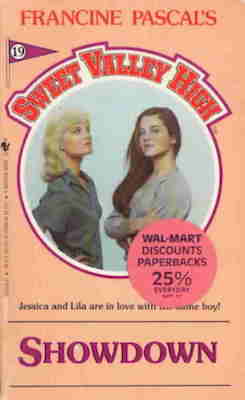 (Tim’s image files look super creepy now that I filled it all up with Sweet Valley High covers. Tim is totally an Elizabeth.)

Even though Natolino is the superintendent of winter operations, apparently that’s different from being the spokesperson, which is a totally different area of the hierarchy altogether and shouldn’t be confused with superintending at all.

Coun. Linda Mosher said it was never fair for superintendent Darrin Natolino to be the spokesperson for winter works when he wasn’t given the proper resources.

“It appears that the focus is on the bottom line and not public safety, so I don’t blame him for leaving,” Mosher said.

Instead of Natolino, Mosher said it should be the deputy chief or the chief administrative officer handling media and addressing concerns over snow and ice clearing.

Asked about this on his campaign stop, Jason Kenney commented that, “on the one hand, snow covers the ground and is therefore not free and openly Canadian. On the other hand it is white. I am confused as to whether snow should be removed.” 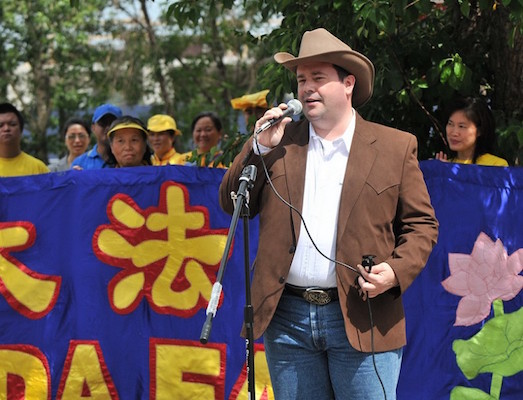 4. It will be Purrfect

HRM has revealed the design plans for Fort Needham Park, but the dog community is pissed (haha.) 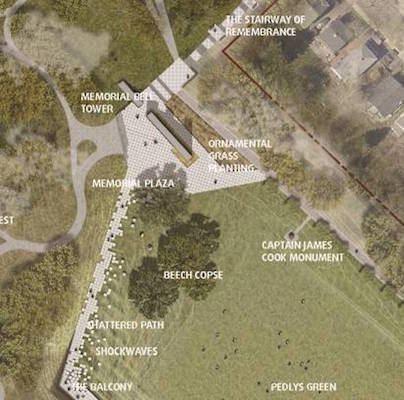 Top secret sources inside the city reveal that in addition to these plans, “The Balcony” will be renamed “The Catio.” Visitors can walk up the “Cattered Pawth” past the “Bitch Copse” to the “Meowrial Plaza.” Visitors are also invited to view the “Cattain James Cook Monument,” the “Ornamewntal Grass Planting””

Wait a minute!  I think this dog hating park was designed by CATS! 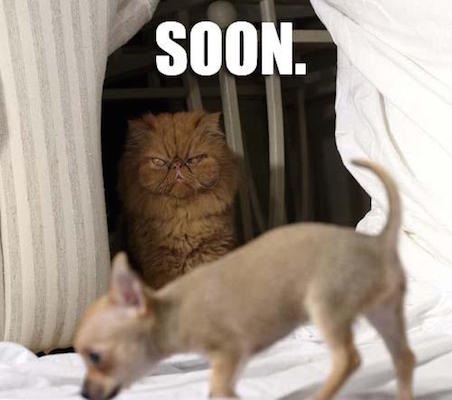 Halifax police busted 13 people after a five month undercover operation where they “posed as bar-goers and were successful in buying molly and other drugs from some employees and fellow patrons.” 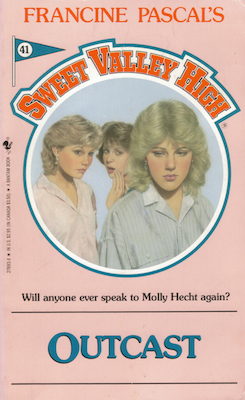 1. Cranky Letter of the Day

From the Chronicle Herald:

First a disclaimer: This is not a case of sour grapes, although speaking about the Blue Jays leaves a somewhat acrid taste. I have not jumped, and never will, on a Blue Jays bandwagon.

The national media suggest that all of Canada will be singing from the same songbook, should the Jays do well. Not true. A random sampling of baseball fans, particularly in the Maritimes, will show thousands of Red Sox and sadly, Yankees, fans. They are not bandwagon jumpers.

Don’t tell us the Jays are “Canada’s team.” They ain’t. I am forced almost daily to listen to the philistinic ramblings of people who don’t know the difference between a fielder’s choice and a suicide squeeze. Enough already from you newbies. Fenway is a park. Rogers Centre is an arcade. ’Nuff said. 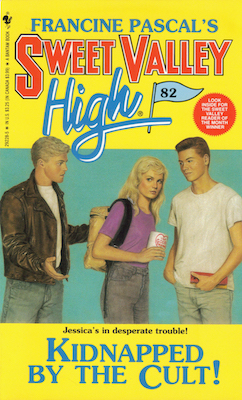 I don’t know, this traitor sounds like some Muslim or something, rooting against Canada like that. Deport him!

2. Now for something completely different…

A great profile by Miles Howe of Allan Bezanson, anti-war activist and candidate for the Marxist-Leninist party for Halifax.

That the communist dream still flickers in Benzanson is clear. But this isn’t the bastardized, paranoiac, dictatorial, Stalinist or Maoist version. Instead, think of the vision of international worker solidarity where we all cast off the shackles of the global elite and realize that the working class, no matter their country of origin, have so much more in common than they do with their respective task masters.

Jason Kenney notes, “deport this race traitor before white people start getting ideas about banding together with oppressed and colonized people across the world to fight the true enemy!  Quick, find some Muslims to demonize before white people realize that we’re only fear-mongering about brown people to cover up the fact that austerity measures and corporate greed have resulted in job loss, poverty and a growing wealth gap that is truly affecting their quality of life!” 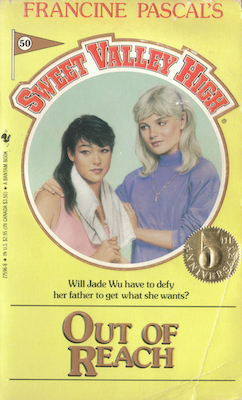 Representation of job loss to the evil China.