You are here: Home / COVID / Sure, millions have died, but pets!

2. Nova Scotia Power want to charge us for power failures

The Storm Recovery charge would be in addition to the proposed 10% increase over three years expected to add $60 to the average residential power bill by 2024.

The same year, 2024, is also the first year customers might see a Storm Recovery charge on their bill, if that gets approved by the Utility and Review Board. Here’s a simplified version of how it might work.

Nova Scotia Power calculates how much it has spent over the last five years preparing and restoring electricity after the worst storms, excluding tropical storm Dorian in 2019, which was off the charts and cost $19 million.

The average cost for the last five years becomes the benchmark for what Nova Scotia Power expects it will pay in 2022. If the province experiences more severe and more expensive storms this year (2022) than the benchmark, ratepayers would cough up the difference.

In 2024, when the Storm Recovery charge for 2022 would appear as a line on the bill; it might be in the range of $2-3.50 each month. The charge will be capped at 2% and it would come and go, like a moving storm front, depending on the intensity of the weather each year.

The big question underlying not only Nova Scotia Power’s request for a new Storm Recovery charge and a 3.3% a year rate increase is how the company can continue to justify earning a guaranteed 9% annual profit. In fact, the utility is asking to increase its margin to 9.5%. Stay tuned, and here’s hoping the lights stay on all day.

Click here to read “Nova Scotia Power wants to charge us for power failures; also, it wants to increase its guaranteed profit.”

Nova Scotia Power has submitted its annual report to the Utility and Review Board detailing the success of the net metering program. As the above graph illustrates, wind installation connections to the grid have increased dramatically since 2018.

The report lists all the solar generating systems connected in 2021. The large majority of residential connections are less than 10kw; the largest are a 30kw system in Halifax County, a 20kw system in Colchester County, and a 18wk system in Cumberland County, followed by a handful in the 15-16kw range spread around the province. There aren’t a lot of commercial connections, but they are larger, topping off at a 100kw system in Hants County, which generated 107,750kwh in electricity through the year.

You can read the entire report here.

Omicron is not “mild” and the current wave has not peaked.

I recognize that there are competing risks to lockdowns, and so I don’t know what the correct public health policy response to this is, but surely we shouldn’t be indifferent to the deaths of dozens and the loss and grief experienced by their loved ones. 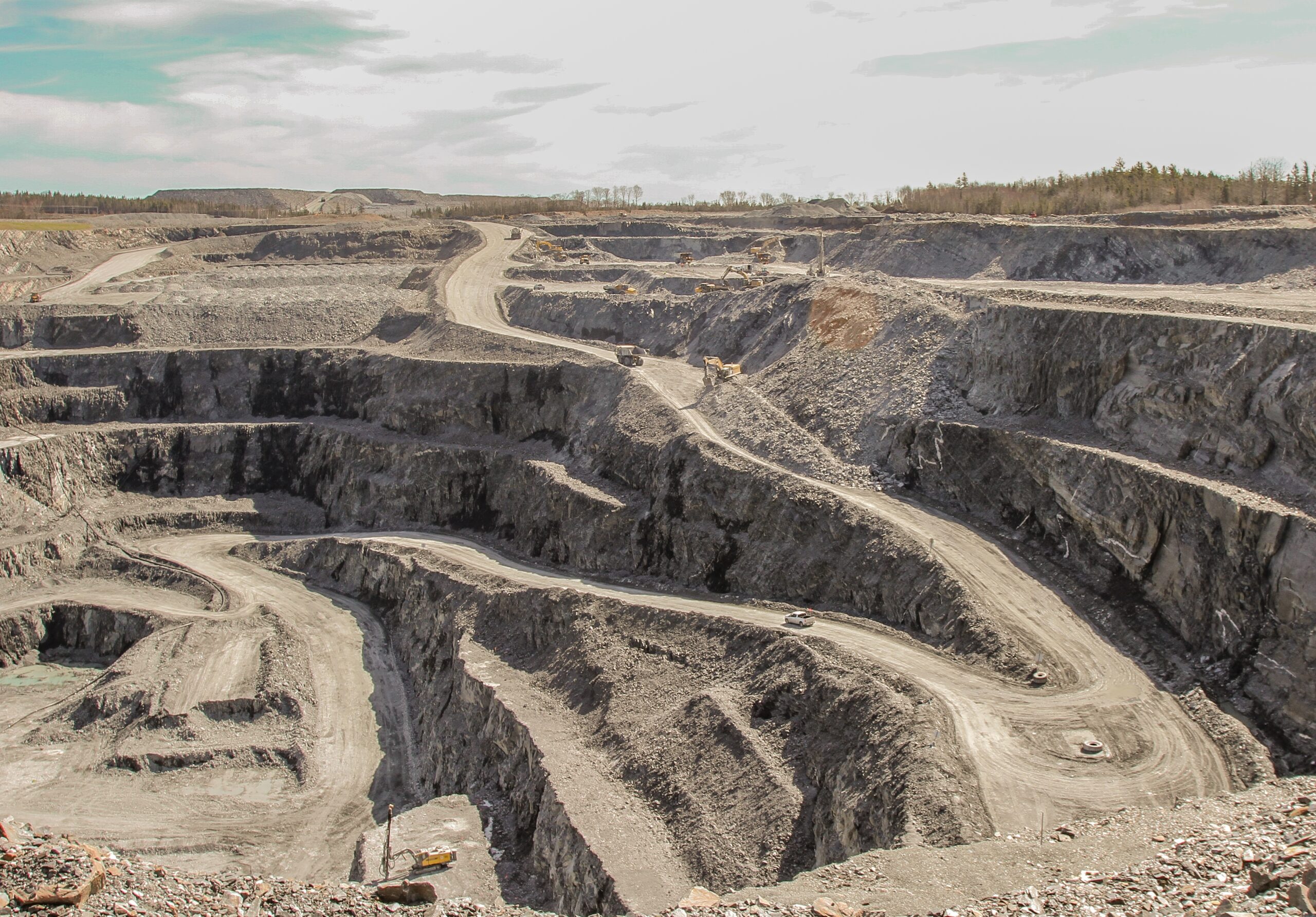 “Provincial court judge Alana Murphy has reserved decision on whether Atlantic Mining NS Inc., which does business in Nova Scotia as Atlantic Gold, should pay a total of $250,000 in fines and contributions for failing to comply with federal and provincial environmental regulations at its open-pit Touquoy gold mine at Moose River, an hour’s drive northeast of Halifax on the Eastern Shore,” reports Jennifer Henderson:

“The amount is not insignificant and in line with similar offences elsewhere,” said provincial crown prosecutor Brian Cox. “It’s certainly more than a slap on the wrist but less than a fatal blow.”

Hardly even a slap on the wrist, and certainly nothing near a fatal blow. Cox noted Atlantic Mining’s parent company, Australia-based St Barbara, reported $94 million cash on hand at the end of its second quarter.

Lawyer Robert Grant entered guilty pleas on behalf of Atlantic Mining to two sets of charges. The first charge under Section 68(2) of Nova Scotia’s Environment Act related to a series of a dozen releases of sediment into nearby brooks that exceeded what is allowed under regulations and the mine’s Industrial Approval.

Those violations occurred over an 18-month period between February 2018 and the end of June 2019 near the gold mine, and at a clay pit two kilometres away.

Grant also entered guilty pleas on behalf of Atlantic Mining for failing to comply with federal Metal and Diamond Mining Effluent regulations. Those rules require the company to take samples of effluent after “unauthorized releases” of sediment and “deleterious substances” into waterways to find out if the effluent is “acutely lethal” to fish. The company must immediately notify Environment and Climate Change Canada of any such releases.

Federal Crown prosecutor Marian Fortune-Stone recounted at least seven incidents over the period September 2018 to April 2020 where the company failed to do this. 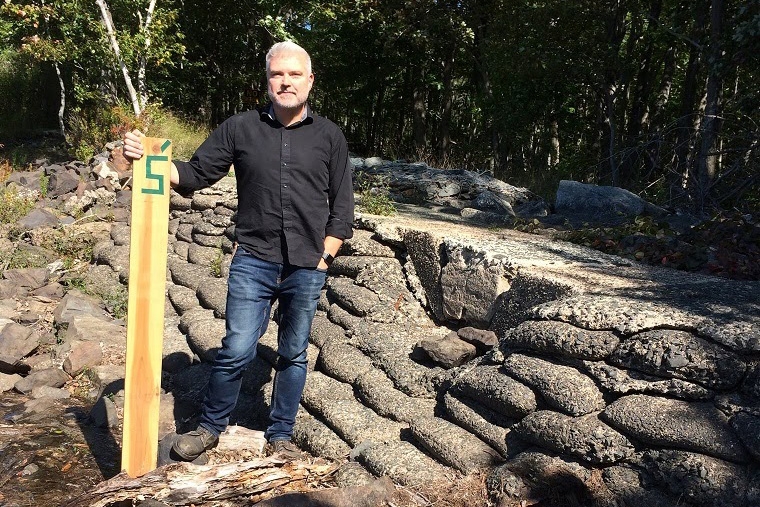 “Halifax councillors are considering sending a direct message down the street to Province House: do your dam job,” reports Zane Woodford:

Council’s Environment and Sustainability Standing Committee received two presentations and a staff report at its virtual meeting on Thursday about the Williams Lake dam.

The dam, originally constructed in the 1700s for industry — a mill and ice-making — and now intended to maintain water levels in the Spryfield-area lake for recreation, has been leaking for years and needs to be replaced.

Click here to read “Halifax committee debates what to do about leaky Williams Lake dam.”

7. Sure, millions have died, but pets! 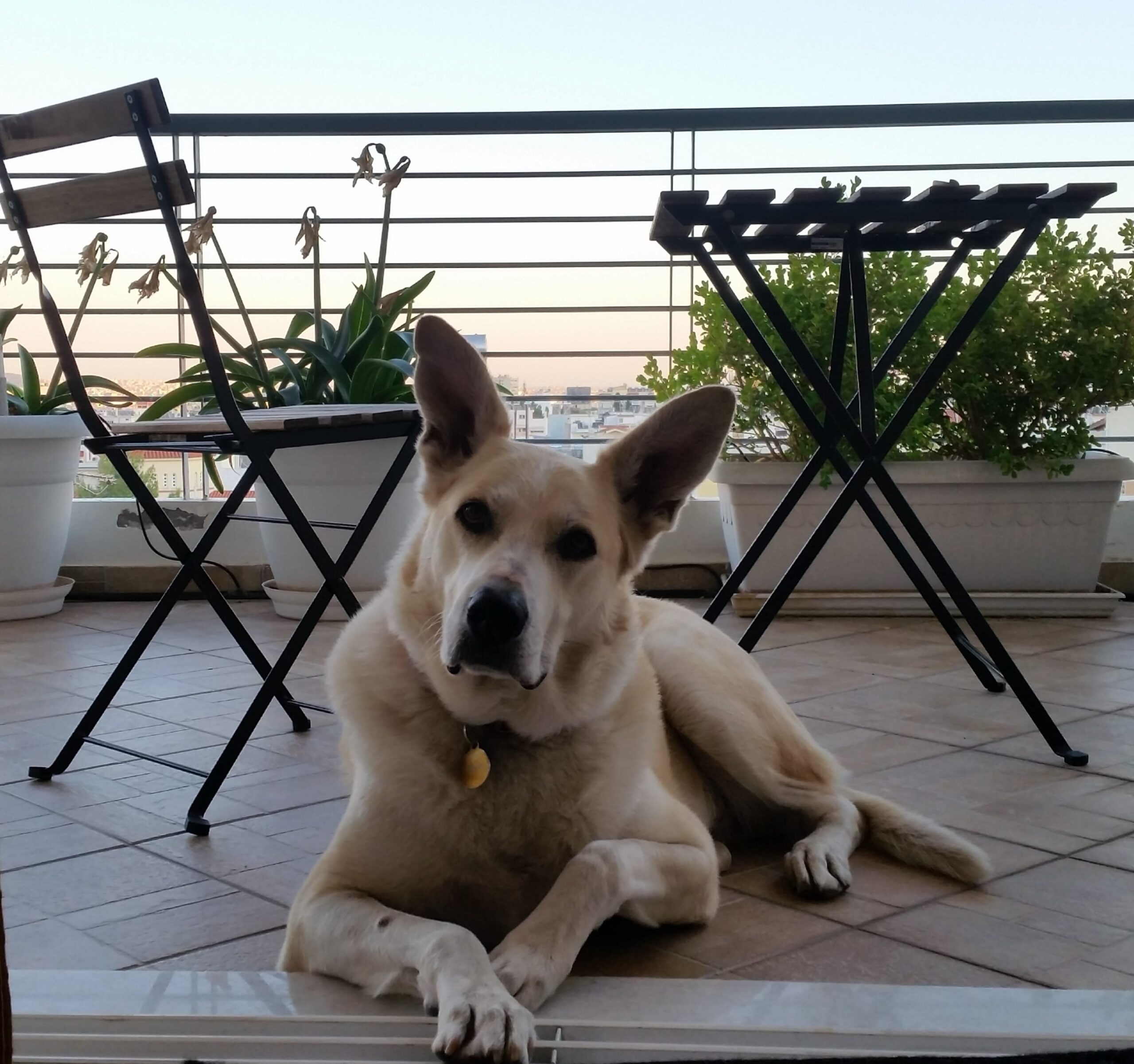 I’m becoming so enamoured with Mary Campbell’s reviews of Annette Verschuren’s Bet On Me podcast that I may have to listen to it myself. She writes:

Episode 12 of Annette Verschuren’s Bet On Me podcast (“Prioritizing Purpose with Profits: Getting to know Ikdeep Singh, Regional President of Mars Pet Nutrition“) would have put me to sleep entirely had it not, at times, managed to annoy me so deeply.

Her guest’s connection to Cape Breton is real enough — Singh followed his sister here in 1994 to do a two-year engineering diploma at what was then UCCB (and having crapped all over business schools in the last episode, CBU Chancellor Verschuren heaps a little praise on the engineering program in this one.)

Singh’s sister is still here, she runs the Breton Ability Centre, and his parents live here now too, and he owns a house here and visits at least once a year and plans to retire here and join Annette and CBU President Dave Dingwall and Screaming Eagles/Cambridge Suites owner Irwin Simon and Cabot Cape Breton’s Ben Cowan-Dewar (all of whom were name-checked during this discussion) in making their various “visions” for our island come true. It will be like hiring five competitive, ambitious interior decorators to do the kitchen and I don’t know what the economic development equivalent of five sinks and no stove is, but we may find out.

Singh, like all Verschuren’s guests, is inspiring and hard-working and a leader — actually, she introduces a new category for him, he’s a “leader/servant” — who has done wonderful things in top roles at Procter & Gamble and L’Oréal and is now regional president at MARS Petcare, based either in New York or Franklin, Tennessee, depending on whether you believe his LinkedIn profile or Verschuren’s introduction.

And readers, for one glorious moment I thought they were going to take turns listing all the MARS pet food brands, “Whiskas, Greenies, Nutro, Royal Canin, Temptations…” But instead, the conversation took an even battier turn:

Verschuren: [T]he pandemic did tough things on some areas but wonderful things in others and I would think that the whole pet industry went through the roof during the pandemic.

Singh: Yeah, well, I think first, I would just say, you know, the pandemic overall is a human tragedy.

Singh: We still haven’t got out of it totally, there are countries still…facing a lot of pain, I would say and yes, what has happened is, as people have stayed at home, pets do help with loneliness…

And from there, they’re off to the races, talking about all the good MARS has done for “pet parents” (a phrase that I would bet a bag of chicken-flavored Temptations never crossed his lips when he was heading Armani).

They end with the usual exchange of over-the-top compliments, leaving behind a sense of smug, self-satisfaction so thick, I had to clean it off my glasses. 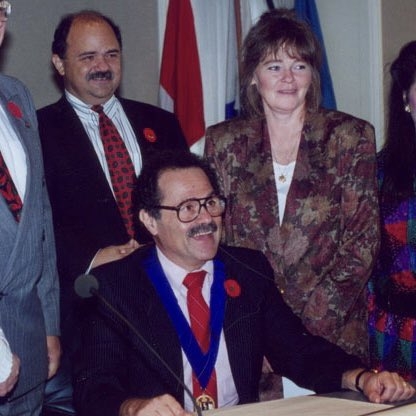 I never knew quite what to make of Blumenthal. He came from a north end Halifax generation that pre-dated me, and I never really understood his politics. But he was well-liked, including by me. He was kind.

He ‘is supposed to have with him forged Certificates of his Freedom, and Passes’: Slavery, Mobility, and the Creolized Counter-Knowledge of Resistance  (Friday, 12pm) — virtual Black and Indigenous Speaker Series lecture featuring Charmaine A. Nelson from the Nova Scotia College of Art and Design; register here.

These are increasingly feeling like the End Times. I’m just waiting for the flagellants and the dancing mania to arrive.