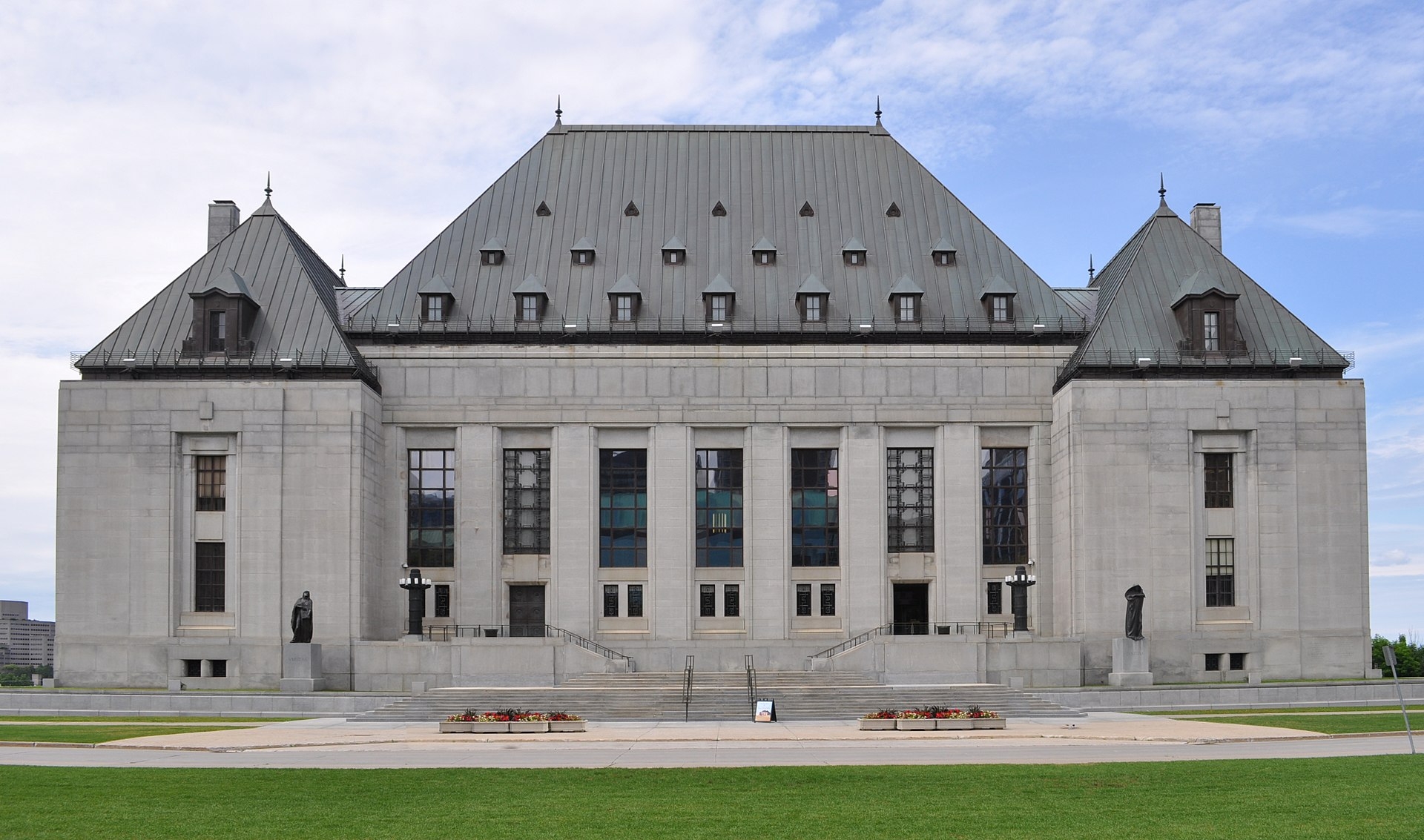 In an unanimous decision, the Supreme Court of Canada vacated the second degree murder conviction for Randy Riley and ordered a new trial.

Randy Riley was convicted in March of 2019 for the murder of Chad Smith.

The appeal focused on the warning given to the jury about the witnesses in the case. Known as a Vetrovec warning, it concerns the special considerations required when considering evidence from an “unsavoury” witness. Nathan Johnson, Riley’s co-accused who was convicted of first degree murder in the same case, offered evidence that exculpated Riley when Johnson confessed to killing Smith on his own.

The Supreme Court agreed with the argument put forward by Riley’s appeal lawyers Lee Seshagiri and Roger Burrill that the trial judge erred in applying the warning to Johnson. They argued:

Vetrovec cautions were never intended to prejudice the defence, and serve no purpose when applied to exculpatory evidence. The fact that a witness is called by the Crown, or is described as a “mixed witness”, does not change these fundamental principles. A Vetrovec caution should not have been given against the exculpatory witness in this case.

The case was previously appealed at the Nova Scotia Court of Appeal. They dismissed the appeal, but Justice Scanlan in the dissenting opinion argued he would have ordered a new trial. Because of this split decision, the case was able to be heard at the Supreme Court, which ultimately agreed with the dissenting judge.

Seshagiri, who argued the case at the Supreme Court, told the Halifax Examiner:

The Supreme Court of Canada recognized that evidence in support of the defence must not be minimized or diminished by trial judges.

Mr. Riley is pleased that he will have a new trial where all of the evidence is fairly considered.

The Examiner previously reported on Riley’s trial and conviction. In an article during the trial, Tim Bousquet argued that the lack of coverage of the complete case when media shifted their attention to the Butcher trial happening in an adjacent courtroom in the second week was “a problem for news reporting, it’s a problem for an informed citizenry, and it’s a problem for justice.”

Last Tuesday, there was dramatic moment in Supreme Court, worthy of its own Law & Order episode.

Riley would, of course go on to be convicted. At his sentencing, Riley spoke out forcefully about his innocence in the case. His statement to the court concluded:

And I want the family of the victim to know that this miscarriage of justice I believe it’s not a burden I put on them, but on the court, because I don’t believe that I was found guilty beyond a reasonable doubt.

Not only that, I don’t believe that the verdict supports the evidence that was presented against me. It seems to me that — though I believe, and I think everyone in this court believes — that no one wanted this case to be about race, but inevitably, race is what it has become. And when things come about race, a lot of time they tend to be ignored. And the elephant in the room is race.

And to those who it should matters most to, it seems to be nothing more than just a shadow on the wall. Because we’re here. And the process is the process. I agree with that. But the particulars of the case.. [several seconds are unintelligible due to noise in the courtroom] Martin Luther King’s name was mentioned [in once of the victim impact statements] for reasons that to me are obvious. He himself was quoted as saying justice delayed is justice denied. In this case to me it is both a delay and a denial of justice. [unintelligible due to softness of speaker’s voice, but he is addressing the judge]

And to the family, I had no involvement and I’m not responsible for this man’s death. And from this day forward, I will continue to pursue my innocence. And that’s all I have to say.

So what now? The appeal dealt with a technical issue in the trial, and whether the judge made an error in issuing a warning. Riley is no longer convicted of murder, so he will be transported back to remand — provincial jail — to wait for another trial. Unless he is granted bail, which was denied him before his first trial, he will be waiting up to two years for this trial. He has already been incarcerated since he was arrested in 2013. Should Riley be found innocent at his retrial, he will have spent nearly a decade of his life — and almost his entire 20s — incarcerated. It is possible, of course, that the crown could refuse to proceed with a new trial and allow the vacated conviction to stand, or offer reduced charges. I am doubtful they would make this choice.

In his statement to the court, Riley raised the issue of race in his trial. Since his conviction, a federal ban on pre-emptory challenges — where both crown and defence lawyers can object to a potential juror — has been enacted. The ban was intended to address bias in the justice system, responding to cases like acquittal of Gerald Stanley where potential Indigenous jurors were dismissed. There is no evidence that the ban has been effective in increasing the diversity of juries. In Riley’s original conviction, he was convicted by an all-white jury.

Throughout the summer, as public attention turned to policing, there has been little reckoning with racism in the court system in Nova Scotia. While approaches to redressing systemic injustice have largely focused on increasing the diversity of the judiciary, there has been, for example, next to no attention paid to Public Prosecution Services, where there are very few crowns of African Nova Scotian or Mi’kmaq descent. There has been no review of sentencing to determine if Black defendants are experiencing disproportionate sentencing, nor has there been any analysis of trials to reveal how racial bias takes place in the courtroom.

In the Riley case as I attended trial, I wrote about how the media repeatedly described Riley as “staring” at witness Paul Smith as he testified for the crown. I suggested that the word “staring” suggests intent: while “looking” is neutral, “staring” suggests some kind of purpose or intensity. I argued that applying this language to Riley created a particular kind of narrative, one that suggested there was some kind of drama in the way that Riley was interacting with the witness. Using this kind of charged language — when Riley throughout the case looked at the people testifying — in this particular incident subtly suggested assumed guilt. Along with “Driving While Black” and “Shopping While Black,” I suggested we might add “Having Eyes While Black” to the ways Black people are assigned criminal intent.

When Riley faces re-trial, he will do so in a justice system where nothing has changed since his conviction. He may yet again be in front of an all-white jury, with white crowns, and a white judge. He will still walk into court as an African Nova Scotian man accused of the murder of a white victim when our media remains saturated with news that depicts gun violence as a Black problem. We cannot pretend that race plays no role in the court system. Until we tackle racial bias in our justice system and courtrooms, I fear that no amount of appeals to Supreme Court of Canada can make a dent in what continues to happen to Black people in our courts, prisons, and on the streets.

After Riley’s conviction, I called Sean MacDonald from Innocence Canada, the lawyer for Glen Assoun who was wrongfully convicted of murder. He told me that once that door locks and the key turns, it takes years to crack those bars open. Before Wrongful Conviction Day on October 2, MacDonald called me. He asked if I could encourage people to tweet at Prime Minister Trudeau and urge him to compensate Glen for all the years he spent behind bars. Even after he has been freed, Assoun continues to suffer. Those who were involved in his wrongful conviction — which Tim Bousquet has detailed in his reporting on this site and on his podcast — have to this date faced no consequences (SIRT has been tasked with investigating the police conduct. Historically, SIRT’s rates of charging officers remains low.)

I have always believed that Riley’s conviction was, at best, dubious. He now has another chance at being acquitted. Perhaps in the time he will be waiting in jail for trial, some progress will be made in addressing anti-Black racism in the courtroom. Whether that will change any outcomes for Randy remains to be seen.