You are here: Home / Featured / Study looks at how babies have fared during the pandemic

New research suggests during the earliest days of the pandemic, Nova Scotia caregivers with infants less than six months old struggled with social isolation, fears of COVID-19 infection, and a lack of access to health care, breast feeding support, and infant formula.

Researchers hope their study will help ensure required supports are in place in this province during future waves, other pandemics, or similar situations that may require lockdowns.

“It’s so clear that when the in-person visits were taken away, that was a shock to the community, and I think this kind of reiterates the need to have in-person prenatal care, in-person postpartum care, and to put supports in to really support families in those first few months postpartum,” Mount Saint Vincent University (MSVU) professor Kyly Whitfield said in an interview.

“This is a critical period for establishing breastfeeding and for supporting families, and when those in-person supports were removed, it was really felt by families throughout Nova Scotia.” 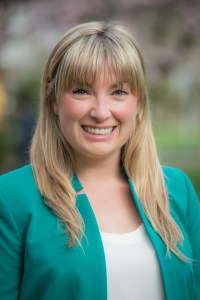 It’s been more than a year since the province implemented its state of emergency due to COVID-19. As many parts of Canada are in the midst of a third wave, Whitfield said the takeaways from this research are important.

The assistant professor of applied human nutrition at MSVU and director of the Milk and Micronutrient Assessment Lab (MAMA Lab) was one of the co-authors of a recent article that appeared in the journal Maternal & Child Nutrition. Titled ‘Infant feeding experiences and concerns among caregivers early in the COVID-19 State of Emergency in Nova Scotia, Canada,’ it examined how emergency measures impacted infants and caregivers across the province.

The research involved an online questionnaire open to caregivers of infants younger than six months in Nova Scotia during April and May of 2020.

About 99% of the 335 respondents were mothers, more than half (60%) were breastfeeding and 59% experienced no COVID-19 related economic changes.

“There was a lot of worry and concern coming from moms, but not lots of actions that would be adverse for the infant. We were worried that if there were financial constraints, that there might be inappropriate foods being given to babies,” Whitfield explained.

“For example, introducing solids too early or giving cows milk instead of formula. We didn’t really see much of that, we just saw a lot of fretting and a lot of feelings of isolation from the parents.”

Whitfield said one of the findings that most surprised her was the lack of differences between families across the province when it came to infant feeding, regardless of their geography or socioeconomic status.

“We attributed this to, potentially, the social safety net in Canada,” Whitfield said.

“Almost three-quarters of the women in this study were receiving maternity leave benefits, and so it could be that there was some sort of cushion provided by that government safety net that could be preventing some of these adverse outcomes.”

Being unable to attend public health drop-ins to weigh their babies led many to become concerned about their baby’s health and growth. Despite those worries and concerns, Whitfield said there didn’t appear to be any adverse outcomes for infants.

While breastfeeding caregivers were feeling isolated by issues like not being able to access a public health nurse to get help with feeding challenges, formula feeding parents were worried about their ability to access formula — particularly specialized ones like hydrolysed or lactose-free formulas.

“There was in-person shopping hesitancy happening and stock-outs, and so there was fret about having to drive around to multiple locations to try and find the formula that they preferred for their infant,” Whitfield said. “Everyone was fretting, but it was manifesting in different ways.”

Of the 13% of formula feeding caregivers who said accessing formula was their primary concern, Whitfield said it was primarily a financial concern because they didn’t have the means to stockpile.

“Yes it was only 13% that the primary worry was getting their hands on formula, but that’s enough to be a big deal,” Whitfield said.

“We pitched ideas in our lab like, ‘What could we do? What can our society do to try and tackle this?’ Maybe we need to have some sort of online repository of what stores carry what formula and what’s in stock.”

Whitfield said the fear about stockpiled formula was similar to what happened with toilet paper in the early days of the pandemic. While we don’t see this same situation unfolding right now, she said it is important to keep in mind.

“It does make you think about if there’s ever a situation like this again, we might need to set up emergency measures to make sure that folks can get formula,” she said.

“I think that we know how to move forward, but we need to put some efforts into making sure that that happens. So if moms want home visits or if they want in-person visits, then we should try and find a way to do that, whether that’s putting on tons of PPE and actually doing home visits or finding other ways to make it happen.”