You are here: Home / Commentary / Studenting While Black: another example of calling the cops on Black people for simply existing 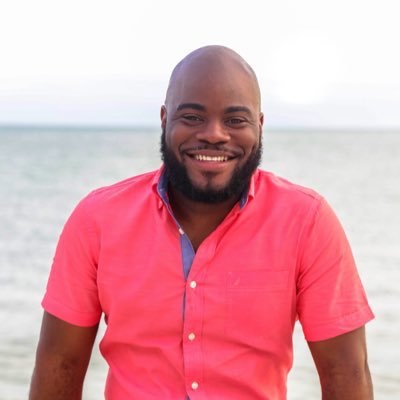 On June 2, Black graduate student Shelby McPhee was accused by two white women of stealing a laptop while he was attending the Black Canadian Studies Association session at the 88th annual Congress of the Humanities and Social Sciences held at the University of British Columbia.

The white women, Congress attendees, asked to see proof that he was a registered member of Congress, and then followed and photographed him before calling the RCMP. McPhee was illegally detained and questioned until a representative for the Federation for the Humanities and Social Sciences arrived. The representative spoke to the white women first, and only spoke with McPhee once the police confirmed he had been exonerated.

Congress Connie and Conference Carol join Permit Patty, Cornerstore Caroline, and BBQ Becky in the annals of white women calling the police on Black people for simply existing in space.

This kind of racial profiling isn’t even new to academia. In 2018, Sarah Braasch called the police on Black Yale graduate student Lolade Siyonbola for taking a nap in the common room. At Smith College, an employee called the police on student Oumou Kanoute for eating lunch. At VCU, a fellow professor called the police on adjunct faculty member Caitlin Cherry for sitting in her classroom eating breakfast. The list goes on and on.

If anyone was surprised by this latest outburst of white profiling in British Columbia, it was only those people who persist in believing, despite repeated evidence, that this kind of thing doesn’t happen in Canada. And, perhaps given the outsize media coverage devoted to the idea that universities are filled with Black and brown people oppressing the free speech of white men, it might be shocking to people that, in fact, universities remain overwhelmingly hostile to Black people.

I hardly know a Black faculty member who doesn’t have some story of being approached by security. A few years ago, I was teaching at Dalhousie when they were in the process of changing the security system. It was decided that new staff would not be issued cards for the doors to save the trouble of reissuing them a couple of months later. Instead, we were instructed, if we needed to be in our office after hours, we should show ID to security.

And so, on an evening where I had marking to complete, I went to the security desk and presented my ID, asking to get into my third floor office. The guard refused. “If you were supposed to be up there, they would have given you a card,” he insisted. I explained that we were not issued cards. “They don’t want you up there,” he kept saying. I told him that I was pretty sure my department head did in fact want me up there completing my marking, but he held firm. I couldn’t help but feel that had I been an older, bearded, white man I would have looked far more like the kind of person he imagined “they” would want up there.

This story is nothing special. Black faculty working in their offices are frequently asked to show ID by campus security, as though criminal Black people regularly break into offices to sit and read or mark papers before robbing the university.

There’s something that strikes me as pointed about the accusation of McPhee stealing a laptop. It just doubles down on the idea that Black people don’t belong in these rooms, and that we have an ulterior motive for being there. These white women can’t conceive that a Black man would be presenting at the conference, or even just watching the proceedings. In their imagination, Black people would presumably find out about an academic event, and attend only for the opportunity to roam the hallways looking for unattended laptops. I’m not saying the accusation of stealing a wallet would be any better; I’m just saying that there’s an added insult to the allegation of laptop stealing, something that strikes me as a charge of being particularly devious.

We don’t, of course, know the names of Congress Connie and Conference Carol. While Shelby McPhee is submitted to public judgment, these two white women who took it upon themselves to demand his papers, to follow and photograph, and call the police on him, remain anonymous.

We don’t know if they are already faculty members somewhere, if they are responsible for teaching and evaluating Black students even while they can’t imagine Black students as conference attendees. It’s not unlikely that they even teach books by Black authors or theorists about racism, intersectionality, or even racial profiling.

Maybe they are graduate students, and a few years from now, perhaps they will interview for a job against a Black candidate, and the hiring committee will choose them because, they will say, they just seem a better fit for the culture of the department.

I was going to write “qualified” Black candidate there before I stopped myself. Because if I don’t specify that Black academics are qualified, the automatic assumption is that must be some kind of diversity hire. Maybe you can see the connection between how a Black graduate student has the police called on him and how Black hires are questioned about competency and merit. Because even though this incident represents the sharp end of racial profiling, even if it had never happened, that would not make the academy one whit less anti-Black. This incident is not an anomaly, but rather a predictable point on the spectrum of anti-Black racism in universities.

The responses to the white women’s behaviour made that apparent. The Federation initially insisted on investigating, a process they claimed would take three weeks. What they needed to investigate remains unclear. Do the investigators imagine that it might turn out that McPhee stole the laptop after all? Just as when Black youth were racially profiled on Parliament Hill in February, the institutional insistence that somehow the facts are not known, and that there is more information to be gathered, is at best a stalling tactic, and at worst a discrediting of Black victims. Just as the police keep telling us, the problem is our “perception” of events, not the actual racism.

Apologies from the various institutions implicated were slow in coming, and inadequate when they did. McPhee subsequently pointed out on Twitter in response to the statement by UBC:

Words like “complaint” and “allegation” are examples of anti-Black racism. If I were white, your response would be different. Further, it is not simply an “allegation” when there are multiple people corroborating my report…

Part of the necessity of forming a Black Canadian Studies Association in the first place was to increase the profile of Black Studies in Canada. Very few institutions offer even a minor in the field. While Black scholars struggle to have our work even acknowledged, white women have been the primary beneficiaries of affirmative action.

Historically, it was white women who frequently led the fight for school segregation, using their roles as mothers to advocate for the exclusion of Black people. White women advocated for the vote for white women under the logic that as freed Black men were granted the vote; allowing white women to vote would help maintain white supremacy. In Canada, the Famous Five were instrumental in spreading eugenics ideology and advocating for eugenic practices. Despite the shock many white commentators felt that this racial profiling would happen in a “progressive” space, the reality is that feminist, liberal white women have always participated in anti-Blackness.

White women continue to be essential to white supremacy and they continue to be a big threat to the black body. Their anti-black racism is rooted in years of colonialism wrapped in care — their assumption that they do what they do because they care. This white woman’s laptop wasn’t moved, it was her friend’s laptop, and calling the police to “protect” her friend from the highly intellectual black man was her demonstration of a particular ethic of care.

I have to wonder at the energy of these white women. Large conferences are famously exhausting, yet these women had all the time in the world to surveil and document the presence of a Black man. Even after their abusive behaviour, they were neither publicly identified, nor removed from the conference. This was in violation of the Code of Conduct, which states that participants found guilty of harassment can be expelled without a refund.

While the white women continued to be allowed to enjoy the conference, participants for the BCSA found their time and labour taken over by the necessity of responding. In their update on June 7, the BCSA executive pointed out:

…[W]e call attention to this situation as exemplary of the additional and taxing labour that racialized students and academics face day-to-day, as we endure and respond to anti- Blackness, racial discrimination and violence within academic settings assumed progressive.

This situation unfolded amidst the annual conferences of a vast range of professional associations to which our members belong. Our responsibility to respond immediately required us to miss invaluable opportunities to attend sessions and events with colleagues and to enjoy collective dialogue and critical interdisciplinary exchange.

In that update, the BCSA executive also identify the Federation’s response as prioritizing “managing a public relations issue as quickly and with as little commitment to change as possible.” In this response, the Federation mirrors the response by police to incidents of racial profiling. In the Wortley report, one officer notes, “At the very least we have a serious public relations problem” (89).

So now Black people are yet again conceived as a problem to be managed, as quietly as possible. And this is one of the final indignities, that after surveillance and policing comes corralling and controlling. And we are left wondering, if this is the response by the people with all the supposed “expertise,” what hope is there that education, or training, or diversity initiatives, will ever allow white people to see us as human?