You are here: Home / Featured / Strang: Halifax police’s poor “office-based COVID protocols … have allowed spread of the virus within their office space”

On Saturday, the Halifax Regional Police announced that four department employees have contracted COVID-19 “at a single facility.” The Halifax Examiner has learned that the outbreak is among officers assigned to the investigative unit, and that over 40 employees are currently self-isolating at home because they were close contacts with people in the office who had tested positive for the disease.

As Zane Woodford reported, at Monday’s police commission meeting, Halifax Regional Police Chief Dan Kinsella and Halifax-district RCMP Chief Superintendent Janis Gray said that police officers should be moved up the queue to receive vaccinations — currently, police in Nova Scotia are accorded no special status for being vaccinated; like the rest of the population, any individual cop will become eligible for vaccination based solely on their age cohort.

I asked Chief Medical Officer of Health Dr. Robert Strang about this at today’s COVID briefing:

Bousquet: Dr. Strang, you’ve been very clear all along the vaccination will go by age cohort. We became aware recently that there’s over 40, we’re told, upwards of 40 Halifax police officers in self-isolation. And yesterday at the police commission meeting, they called for police to be vaccinated higher on the list. I’m wondering what your response is to that. Can you confirm that number and would police be able to jump the list?

Strang: so we have a conversation with police at 12:30. I’m well aware of the cases that are in the Halifax offices. It’s unfortunate it’s being portrayed that the people are seeing that those cases are a result of frontline work. There was an individual case that was then spread throughout the office, not because of people exposed on the street, frontline police officers. It happened in the office setting, which then created a number of contacts. So we’re having a conversation with the police about their office-based COVID protocols, which have allowed spread of the virus within their office space, which is very different from their frontline officers being at risk. If you look across the country, we are not seeing frontline police officers being a group that jumps out as having excessive amounts of COVID cases.

I’ll take that as confirmation that over 40 police employees are self-isolating, and that Strang has no intention of moving police up the vaccination queue. 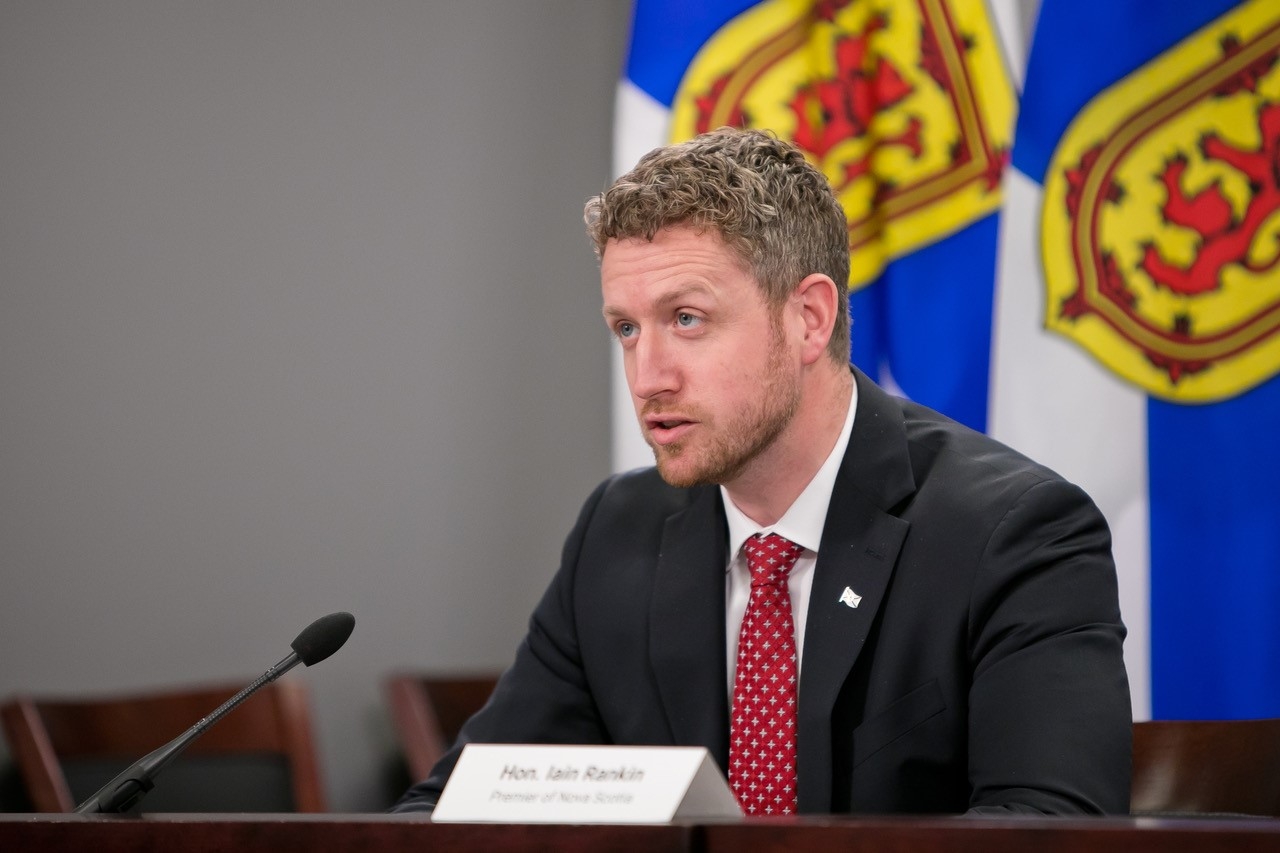 Also today, Premier Iain Rankin said that he is in discussion with his counterparts in other provinces to establish an inter-provincial bubble, with the notable absence of Newfoundland and Labrador.

“I had preliminary discussions just with the Maritime provinces, so that would be only New Brunswick and PEI,” said Rankin. “I haven’t contemplated Newfoundland at all at this point. And we just had a discussion about the potential of doing that in the near future. But we’re going to have a more constructive conversation on how that would look. And again, depending on the epidemiology, our chief medical health officers are going to make sure that they’re meeting as they do regularly. And we would need the comfort looking at our own epidemiology and the neighbouring provinces. But we understand that there is benefits with our three provinces and the movement of of people and goods throughout that our region. So we’re going to have that discussion next week.”

Five more of the variant strains of the coronavirus have been discovered in Nova Scotia. All five variant cases were in Nova Scotia Health’s Central Zone; three of them are the UK variant and two are the South African variant.

“All three UK variant cases and one of the South African variant cases are directly linked to previously known variant cases or to international travel,” said Strang. “The other South African variant case has no known link to a previously reported COVID case or to travel. This person was tested earlier this month and their illness is now considered resolved. The investigation around this case is still ongoing, and so far, despite an extensive number of close contacts that have been tested, all of them have remained negative at this point. So right now, there’s nothing that leads us in Public Health to believe that there is community spread from whether it’s the regular COVID strain or any of these variant cases.“

The province sends suspected virus samples to the National Microbiology Lab in Winnipeg to be genetically tested for the strains, and that testing takes several weeks, so the variant cases announced today are from cases reported previously and don’t affect Nova Scotia’s overall numbers.

Three of the cases are in Nova Scotia Health’s Central Zone, and the other two are in the Western Zone. All five cases are close contacts with previously announced cases.

There are 25 known active cases in the province. One person is in hospital with the disease, and that person is in ICU.

You can additionally get tested at the Nova Scotia Health labs by going here.

Here are the new daily cases and seven-day rolling average (today at 3.0) since the start of the second wave (Oct. 1):

Last night, Public Health issued a potential COVID exposure advisory for Air Canada flight 624 departing from Toronto on March 6 (8:59pm) and arriving in Halifax on March 7 (12:04am). Passengers in rows 21-27, seats C, D, E and F are asked to get tested.

Here is the updated the potential exposure map: