Skyrocketing gas prices, higher prices for food and restaurant services, and a continuation of elevated food and shelter costs have led to an annual inflation rate the likes of which Canada hasn’t experienced in almost 40 years.

In Wednesday’s consumer price index report, the agency said energy prices rose 34.8% compared to one year ago. Gasoline prices increased 12% in May after a 0.7% decline in April.

The largest increase on edible fats and oils (30%) was recorded last month. Fresh vegetable prices also increased 10.3% on the heels of an 8.2% gain in April. Prices for other fresh vegetables like onions, peppers, and carrots rose 10.2% on a year-over-year basis.

This all comes on the heels of a Statistics Canada survey released earlier this month that found nearly three in four Canadians reported that rising prices were impacting their ability to meet basic expenses including housing, food, clothing, and transportation.

It looks like things are unlikely to improve any time soon.

“A generation of Canadians is experiencing high inflation for the first time. If you aren’t over 40, you have never lived through inflation like this, and unfortunately, we are not expecting much of a reprieve going forward,” TD Bank’s managing director Leslie Preston said in a June 22 report.

“Inflation is expected to remain elevated through 2022 as outlined in our recent forecast. On the shelter side, we are likely to see a continuation of rent price increases alongside rising mortgage interest costs. This will be balanced against the impact of declining house prices.”

Preston noted that Wednesday’s report “re-enforces the view” that the Bank of Canada will hike interest rates by a whopping 75 basis points (bps) on July 13.

What does all this mean for Canadians going forward?

On Wednesday, the Halifax Examiner spoke with Dr. Lars Osberg, McCulloch Professor of Economics at Dalhousie University. Here is our conversation, edited for brevity and clarity. 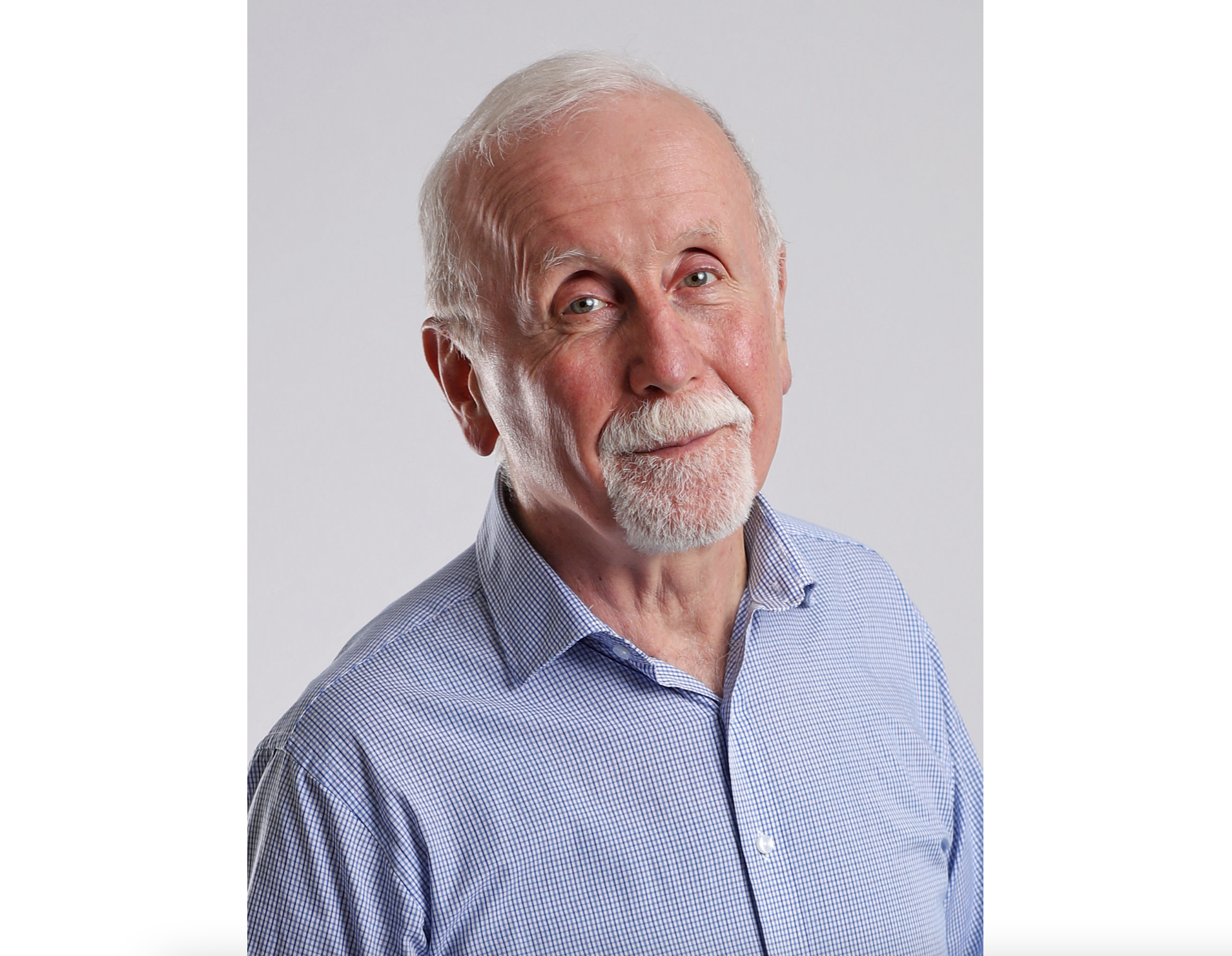 Halifax Examiner (HE): Can you provide some context to these numbers that came out today?

Lars Osberg (LO): For context, if we go back six months that puts us in late November, early December. Remember Nova Scotia was all opening up and we were having concerts and we didn’t know what Omicron was. We knew it was a Greek letter. And most people couldn’t find Ukraine on a map. It was a period of time when there was some likelihood that the supply chain disruptions of COVID would be over and that we would be coming back to normal. If you go back to 2021, on a monthly basis inflation was pretty low for the first part of the year, but it started to accelerate towards the end of the year.

When we see a large inflation number today, it’s partly on a base of slow inflation in the first part of last year. There was a lot of concern among economists all around the world. What’s going to happen as we come out of this absolutely unprecedented experience called COVID? You can think of it in a way like the ‘before times’ and ‘the now.’ There are statistics in the United Kingdom going back to something like 1709, and in 2020 it was the biggest one-year drop in annual GDP in all that time. It was absolutely unprecedented. Policymakers were trying to figure it out, but it looked as if the shocks to inflation, the price level was going to be fairly transitory as of six months ago.

LO: My major concern is the Bank of Canada and the Federal Reserve in the US and around the world are raising interest rates and they’re raising them very rapidly. In terms of its impact on the real economy, it’ll really kick in some months from now when people are laid off from construction and housing. When those projects are not started, there’s a big collapse in housing prices and people start cutting back on their expenditures, when people have to renew their mortgages and they have less consumer spending.

HE: Can you expand on raising interest rates?

LO: People want prices to go down like tomorrow. But if you raise interest rates, that doesn’t affect people who have already made commitments with old loans. It affects people who are applying for new loans. And the sector it affects most especially is housing. You might prick the bubble of housing prices, but there’s also incredible shortages of housing too.

There was some reluctance to raise interest rates back last December, and then along comes Omicron and along comes the Ukraine war and resource prices go through the roof and food prices go up and there’s supply chain disruptions everywhere and it looks like inflation is going to stay high for a little while.

Now you’ve got a public that wants solutions yesterday, but you’ve got a policy lever that in real terms can’t really have an impact for a year. So the banks and the federal officials have to be seen to be doing something. It’s kind of an optics thing. They raise interest rates so they’re seen to be answering to public pressure.

But for the next little while raising interest rates in Canada doesn’t do anything to the world price of oil. It doesn’t solve the Ukraine war and release all those million tonnes of grain or sunflower seeds or anything. It doesn’t affect that stuff. It doesn’t affect supply chain disruptions in China. The only way it can really affect economic activity and prices is when it feeds through from the collapsing housing sector and to lower consumer demand and filters in fairly gradually over the next few months.

HE: Building on that, what do you think needs to happen next?

Low-income households spend a considerably higher percentage of their income on rent, on gasoline to put in the car to get to work, and on food as a fraction of their daily or monthly budget. Those are the items that have gone up more than proportionately so the increase in inflation has had a particularly strong impact on low and lower middle income households.

And this at the same time that the federal government has pulled back on a lot of the income supports like CERB that minimized the impact of the pandemic on household income for low income people.

HE: Certainly over the last few weeks a quick perusal of social media shows that many folks are really struggling. I’m sure this is something you’re also seeing and hearing?

LO: Yes. And it’s not like they’re making it up or anything. The last time I filled up my car it was $2.15 a litre. For people who have to use a car to get to work, that’s a major hit. But raising interest rates won’t do anything about it.

HE: What do these numbers mean in a Nova Scotia context?

LO: Our story is always kind of a modification of the national story because it’s been that movement in the national economy that dominates movements in the Nova Scotia economy. I wouldn’t say that we’re anything particularly special in Nova Scotia. The Halifax rental market is way tighter than most, and so some of the cost items have gone up a little bit faster in Nova Scotia.

HE: What would your advice be?

LO: My major point of advice would be to the Bank of Canada and the government. You can always kill inflation if you want to kill the economy. You can always raise interest rates high enough to choke off demand in interest rate-sensitive sectors and slow the economy down, and then you won’t have inflation because everybody will be unemployed. Well, not everybody, but a large number of people. So you can kill inflation, but you kill the economy at the same time and it’s a recession that I’m worried about.

HE: I’ve seen many people expressing concerns about a recession and wondering where do we go from here?

LO: Absolutely. And that (recession) is bad news, particularly for low-income Canadians because they’re the ones that are primarily exposed to the risk of unemployment. Relatively few salaried professionals get laid off in recessions or even find their salaries affected. People who are retired, which is an increasing fraction of the population, recessions come and go. That doesn’t really affect them. The costs of a recession are really concentrated on the less advantaged.

HE: Is there anything I neglected to ask that you think would be important to articulate?

LO: Well, all this stuff is happening as we sort of/kind of come out of a pandemic. And the pandemic was an enormous shock, but I think it’s a formative life experience of a whole generation. It’s a period of time when we learned that the market can’t solve major problems.

When you have a pandemic, you rely on government both for public health and to cushion the impact on the economy. It’s a time when we realized that we actually need effective government policy. But it’s also a time that created an enormous amount of anxiety among lots and lots of people.

I think there’s going to be a lot of frustration that government isn’t solving this problem immediately, which isn’t really very feasible. And if we unlearn the lesson that we need effective government policies to solve big problems, then we’ll lose doubly.