You are here: Home / Education / Spelling it out: African Nova Scotian youth and the memory of MacNolia Cox

The rhythmic beat of African drums echoed through the auditorium as nearly 100 learners took to the stage for the first round of a provincial spelling bee that celebrates the diversity of students in Nova Scotia.

Sponsored by the Halifax-based Black Educators Association (BEA) and held this past Saturday at Mount Saint Vincent University, the ninth annual event showcased the talents of youth ages 8 to 15 who claim African-Nova Scotian ancestry and students of any background (from the same age group) who attend BEA-approved academic enrichment programs.

The riveting contest saw a rainbow coalition of learners rise and fall on their ability to spell such words as “palpitation,” “froufrou,” “silhouette,” and “cadenza.” After a nail-biting nine rounds, Ashton MacRae, a Grade 6 pupil, correctly sounded out the letters for the championship word “hypothesize.” He smiled as the packed audience breathed a collective sigh of relief and then let loose with a thunderous ovation.

“It feels great to win,” said MacRae, 12, a student at St. Andrew Junior School in Antigonish. “I like spelling because it gives me confidence.”

And with that, MacRae, $500 award in hand, joined the other spellers and their families at a free barbecue (replete with a DJ and door prizes). Kayley Dixon, 13, a Grade 8 student at John Martin Junior High School in Dartmouth nabbed the $300 second place award. The third place $200 prize went to 12-year-old Teshae Fraser, a Grade 6 pupil at Nelson Whynder Elementary in North Preston who, throughout the competition, respectfully schooled officials on the correct pronunciation of his name (rhymes with “repay”).

Designed to build unity between Nova Scotia students, teachers, and families, the volunteer-run BEA event is routinely held each May during the same time as the Scripps National Spelling Bee in Washington, D.C. The Scripps contest boasts celebrity fans, primetime television coverage and international media buzz. The 2015 event produced co-champions with the winning words scherenschnitte,“the art of paper cutting design,” and nunatak, “an isolated peak encircled by a glacier.”

As I sat among the cozy, multi-racial crowd at the Mount campus, my mind drifted to MacNolia Cox who, in 1936, made headlines as the first black student to reach the final round of the Scripps competition. 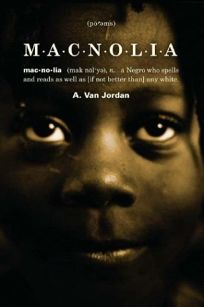 Then age 13, the Akron, Ohio resident spelled without error over a span of two and a half hours, notes author A. Van Jordan. A professor at Rutgers University in New Jersey, Jordan revisits the girl’s life in his acclaimed 2004 poetry collection M-A-C-N-O-L-I-A.

Quiet as it has been kept (in the age of President Barack Obama), the American capital was largely a segregated city until the 1950s. As Jordan tells it, the all-male, all-white panel of judges for the 1936 contest were loathe to crown a black student as national champion. With Cox poised for an unprecedented victory, the judges asked her to spell a word that was not among those on an official list that competitors had been given, to study, in advance of the event.

Blindsided, Cox faltered and finished in fifth place. Although it couldn’t be proved, it was later rumoured that the judges “set out to knock MacNolia from the bee,” an investigative reporter later revealed.

Still, Cox was celebrated by her community and honoured with a festive parade upon her return home. “This is just the beginning for her,” ventured a member of a local black civic group. But disheartened by her experience in Washington, Cox soon quit school and abandoned her dream to become a doctor. Instead she worked as a maid until her death in 1976, at age 53.

“MacNolia was a straight-A student and she actually had the IQ of a genius,” Jordan later noted, in an interview about the research he conducted for his book. “She had all the potential in the world. … When you’re a teenager and someone does an injustice to you, how do you come back from that? What we find with her is that (the spelling bee) was traumatic. She doesn’t come back from it. It sets her life in a different direction.”

In the stirring suite of poems, Jordan charts the journey of a black girl who:

learned the word chiaroscuro
By rolling it on my tongue
Like cotton candy the colour
Of day and night.

And he gives poignant voice to the crushing impact of Cox’s “defeat”:

Kudos to Ashton McRae and the jubilant mix of students who were drummed in with pomp and dignity at the BEA spelling extravaganza. And here’s a belated salute to the memory of a trailblazing youth who also deserves our respect and admiration.

To be sure, the story of MacNolia Cox can serve as an excellent teaching tool in Nova Scotia classrooms.