You are here: Home / Featured / Souls Harbour Rescue Mission to open shelter on Eastern Shore for women and their children 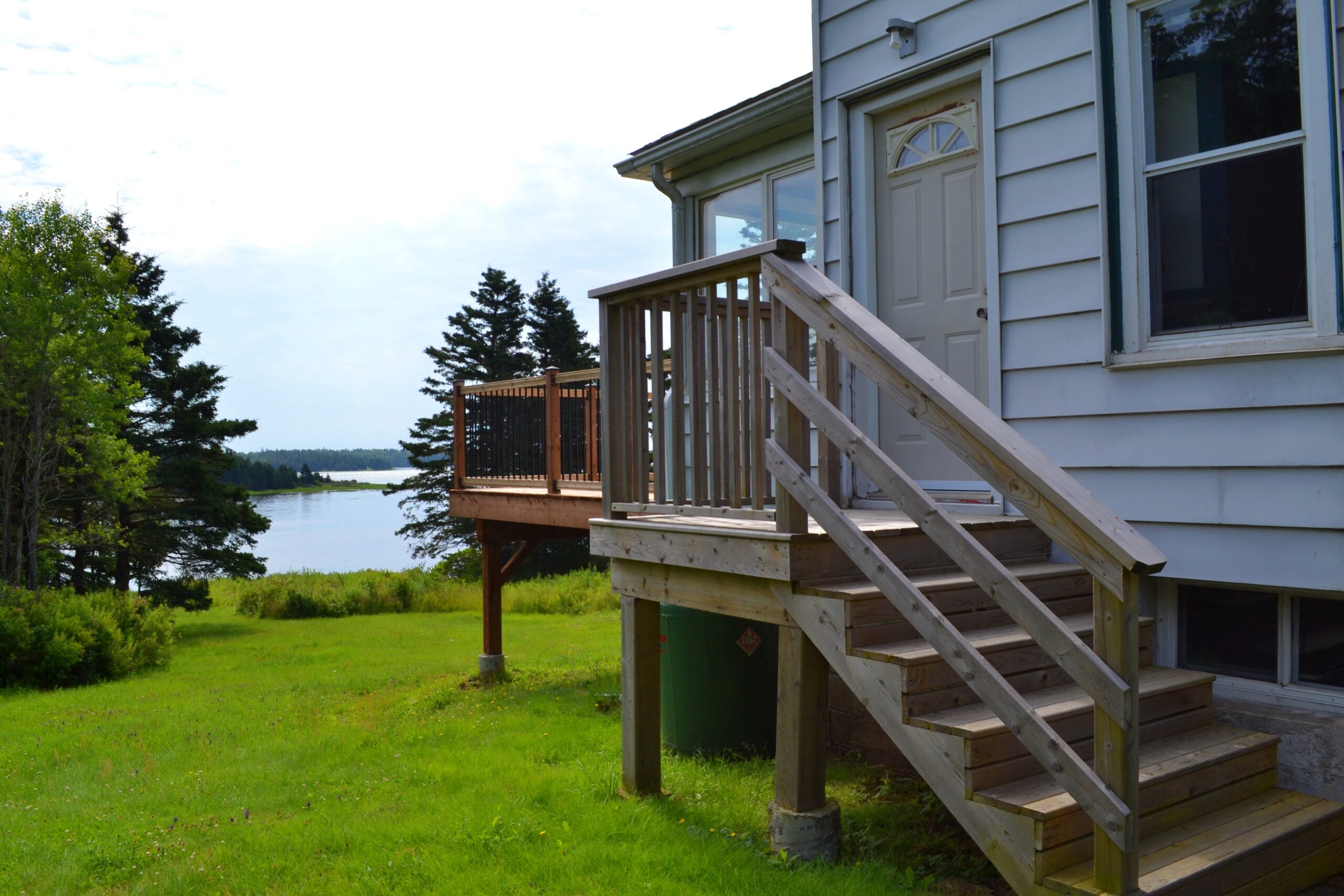 A backyard view from the Eastern Shore home purchased by Souls Harbour Rescue Mission for a women’s and children’s shelter. The exact location isn’t being disclosed. Photo: Yvette d’Entremont

Set in a quiet community on a private lot with an ocean view, a new HRM-based women and children’s shelter expected to open soon was unveiled to reporters on Monday.

While the exact location of the Souls Harbour Rescue Mission facility is not being disclosed for security reasons, it’s located on the Eastern Shore and is on a bus route. (There’s an online tour available for viewing here).

“This place is very welcoming. It’s like walking into grandma’s home. It’s a safe place, it’s somewhere where you can pick up the pieces and decide what your next move is going to be,” TJ Gaudaur, a Souls Harbour employee, said in an onsite interview Monday morning.

“I think that a place like this would have changed the course of my life as a single mom with kids.”

Known for providing more than 55,000 hot, nutritious meals each year at its drop-in centres in Halifax, Truro, and Bridgewater, and for operating the Mission Mart thrift store in Bayers Lake, Souls Harbour is also putting the finishing touches on its Men’s Life Recovery Home in Halifax. 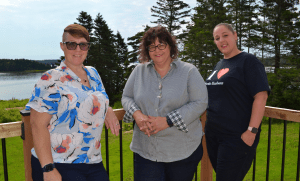 The organization’s Eastern Shore project is an eight-bed women and children’s shelter capable of housing up to 12 people. The older Victorian-style home boasts multiple upstairs bedrooms (some with sinks), several washrooms, a large sitting room, dining room, a full kitchen, lots of closet and storage space, and a finished basement for the live-in “den mother.” There’s also a sunroom running the length of the home’s back end that overlooks a large deck with views of the ocean.

“This will mean something very different for so many different people. But for me, it speaks to safety, security, stability, and just a foundation that can be built up on in terms of coming from somewhere where you’ve maybe never had that,” Souls Harbour chief operating officer Cherry Laxton said in an interview at the new shelter’s large dining room table.

“Even over the last several months things have changed so much that security and stability are often words that just don’t apply to a lot of people. So, having something like this to be able to step into and know that you have someone who’s going to support and just be able to provide that love and care long-term will be a huge benefit for some people.”

“We accept and love anybody and everybody. There will be no reservation as to who gets to come. Obviously it’s space dependent,” Laxton said. “But we’re open to being here, being part of the community, just blending into it, and having our guests be welcomed as members of the community as well.”

The non-profit organization’s CEO Michelle Porter said they were “thrilled” to have acquired the home for their women’s shelter, something she described as all the more remarkable because it happened during a pandemic and in the midst of a housing crisis.

“Why the Eastern Shore? This is the property that became available and it’s so perfect,” Porter said in an interview.

“But also when you think about the other benefits — being on the water, being in a serene environment — I just think it’s going to mean a world of difference for a woman who’s either in recovery or trying to heal or coming out of prison.”

The home’s previous owner sold the move-in ready home to Souls Harbour complete with furniture. The former owner had the home cleaned from top to bottom and all the beds are made and waiting on occupants. Porter said they’ll eventually look at fundraising to purchase bunk beds to better accommodate single mothers with children, but they’re excited to have everything they need to hit the ground running. 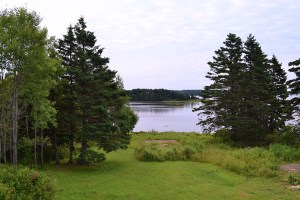 The view from the deck of the new women and children’s shelter on the Eastern Shore. Photo: Yvette d’Entremont

“We are sitting here and we’re just stunned. We cannot believe this is ours,” Porter said.

Although they could technically begin moving people in today, there’s no official opening date set for the shelter. Porter said it will likely be soon, but any date will ultimately be determined by the course of the pandemic in the weeks ahead. The hope is to open their men’s home in Halifax and the women and children’s shelter on the Eastern Shore around the same time.

“We definitely want to wait on Dr. Strang’s phases to see where it would make most sense, because the last thing we want is to move any women in and then have to have them move to a hotel or have them stay in their rooms or whatever,” Porter said.