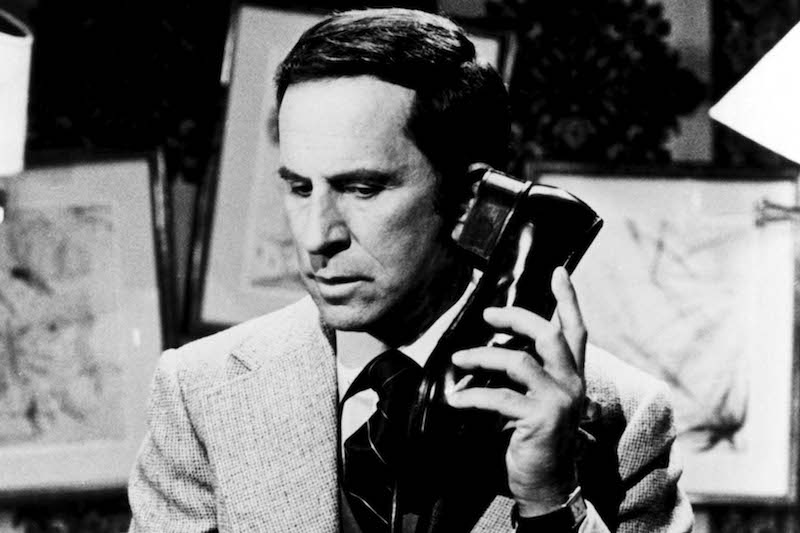 1. Stephen Harper is looking in your underwear drawer

The Chronicle Herald’s Paul McLeod and Toronto Star’s Alex Boutilier have followed up on their explosive April report which revealed that the federal government had asked “telecoms and social media companies to turn over Canadians’ user data at ‘jaw-dropping’ rates, with nearly 1.2 million requests in 2011 alone.”

Today, McLeod and Boutilier report that the Harper government didn’t even know the extent of its own spying. The day after the April report, the Prime Minister’s Office sent out a directive to departments to compile numbers of requests to telecoms, but the collected information didn’t jibe with the numbers the telecoms were producing. “This is an order of magnitude larger than our estimates,” one email from a department back to the PMO reads.

The slip-slod record-keeping of police requests for info from telecoms is at the heart of the problem, McLeod and Boutilier report:

The process was outlined in a March 2012 email from Michele Kingsley, then the director of investigative technologies and telecommunications policy at Public Safety.

“To illustrate, a (police) officer can ask for the information—if he/she doesn’t get it, the negative response doesn’t get recorded. The voluntary process is verbal,” she wrote.

These undocumented and unsupervised “cooperative relationships” between some desk jockey at a telecom and a cop with who-knows-what private agenda should scare the hell out of us.

Regardless, the lack of reliable numbers and consistent policies for police and security agency searches is what has prompted Bill S-220, which if passed would establish an Intelligence and Security Committee of Parliament to oversee such spying.

The Nova Scotia Alcohol and Gaming Division has granted Bryony House a six-week extension on its Dare to Dream lottery so the charity can try to sell more tickets. Currently, only 16,000 tickets have been sold, and they need to sell 22,000 to break even. Top prize in the lottery is a $1.2 million house in Waverley.

When Alcohol and Gaming granted the extension, it required Dare to Dream to notify ticket purchasers. But that notification also included a note from Dare to Dream that if it couldn’t make good on the house, it would substitute a top prize of $600,000 in cash. Apparently, Alcohol and Gaming was unaware of the proposed substitution, and now the regulator is saying it won’t approve such a substitution.

Last week, in a split decision the Nova Scotia Court of Appeals overturned a previous ruling and sided with JONO Developments in its bid for the former Saint Patrick’s Alexandra school site in the north end. Now, the three community groups that had hoped to obtain the property are considering appealing to the Supreme Court of Canada. This article is behind the Examiner’s pay wall, and so available only to paid subscribers. To purchase a subscription, click here.

Wichman founded the Lesbian, Gay and Bisexual Youth Project in 1993, which is now called simply the Youth Project. Her unexpected death was noted yesterday on the group’s Facebook page.

Here’s a feel-good story in the Yarmouth Vanguard about bees and their keepers.

The ferry is a political necessity, says Marilla Stephenson.

I think that more than anything, it’s Christianity’s obsession with regulating sexuality that has made the religion irrelevant to most modern westerners. We like the “help the poor” and “take care of the sick” stuff, we can tolerate the mumbo jumbo and weird rituals, we can even look the other way for the more harmless parts of the rejection of science (some of the fundies insist that pi = 3 because that’s what the Bible says), but the “we’re going to dictate your sexual practices” is a bridge too far. That aspect of Christianity, tho, has a long history. Looking at medieval church doctrine around sexual practices, Medievalists.net has compiled this helpful chart to explain what’s allowed and what’s not: 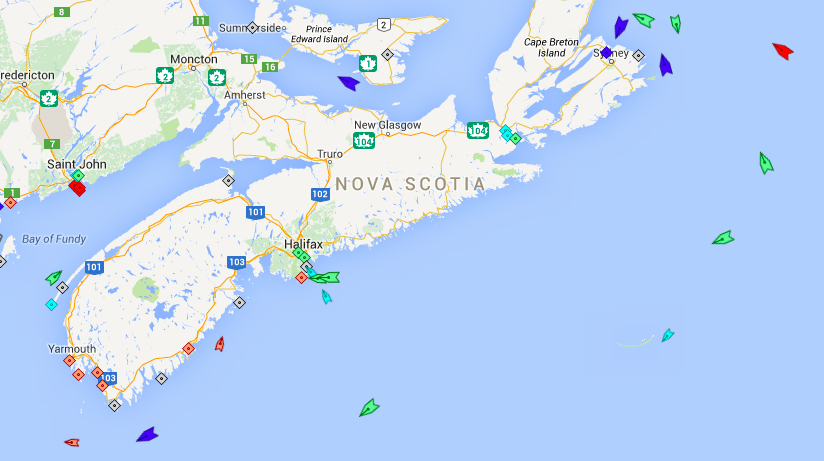 The seas around Nova Scotia, 6am Saturday. Map: marinetraffic.com

I have lots of stuff in the mix, but most immediate is a council preview, hopefully published this weekend but no later than Monday. Morning File takes Sunday off.

I’m aware that some people will have problems with my use of the word “alright,” insisting that it is incorrect and the proper use is “all right.” Relax, some people. Everything’s alright.