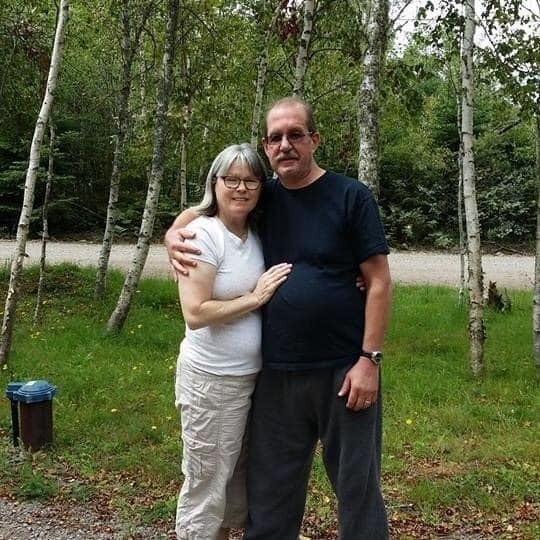 Three months after the mass murder that claimed 22 lives and forever disrupted dozens more in northern Nova Scotia, there remain many unanswered questions about what happened and why.

The gunman, whom the Halifax Examiner refers to as GW, is dead. Meanwhile calls for a public inquiry are still very much alive. Federal and provincial political leaders have promised there will be an inquiry but many who lost loved ones to homes set on fire and gunshots during a 13-hour rampage are getting weary of waiting. They want a public inquiry.

“How could the RCMP tell us they don’t think this was a planned attack? They told us during the last conference call they don’t feel this was planned!,” said Ryan Farrington, a note of incredulity creeping into his voice. The 40-year-old man from Trenton, Ontario lost both his mother and stepfather, Dawn and Frank Gulenchyn, when their retirement home at 71 Orchard Beach Road was burned to the ground by the killer.

“The Mounties kept saying COVID-19 pushed him overboard,” said Farrington. “I don’t believe that for a fact since the RCMP also told us for the last three years he was going across the border collecting illegal guns when he wasn’t even supposed to own guns. And then he is also buying mock police cars. Nobody does that for the fun of it. You’re planning something. It might not have been planned for the 18th or 19th of April. But I definitely think he was planning on doing this mass shooting at some point in his life.”

Farrington said the RCMP have told families there will be an inquiry into the mass murder but the RCMP doesn’t know when, or, what form it may take. That responsibility lies with political leaders.

“My biggest issue is the restorative justice angle the Justice Minister of Nova Scotia mentioned,” said Farrington. “I want a full out public inquiry. I think the families deserve that. We deserve to know the truth. And we deserve to know what they are going to do prevent this from happening again — because no one should ever have to lose a loved one this way.”

Farrington was a frequent summer visitor during the 10 years his folks owned the home in Portapique, several houses down from the 136 Orchard Beach Drive warehouse where GW stored his mock police cars and motorcycles before he torched it during his 13-hour rampage. Frank retired almost 10 years ago while Ryan’s mother Dawn continued to fly down for a week every month while she worked in dietary services at the Hillsdale Terraces nursing home in Oshawa until a year ago. “Why them?,” Farrington wonders. “They were quiet people. Not outdoorsy. Frank kept to himself and busy with his woodworking. I don’t know of any connection to the killer.”

He and his younger brother Jon may never know. Here are a few facts that have emerged so far. A Portapique resident drove up the road when he smelled the fire GW set to his own house at 200 Portapique Beach Road. This was after assaulting and confining his common law spouse inside a police car at his warehouse.

“The RCMP told us when [he] drove by my Mom’s place the first time, [he] saw what he described as an RCMP car there. He noticed [GW’s] garage was on fire,” recalls Farrington.“ Then within five minutes, when he and another person slowly drove back, [he] noticed my Mom’s house was on fire. I guess that’s when he was shot at. He told the first-responding officer he saw an RCMP vehicle and a man dressed in a uniform.”

The man was taken by ambulance to the Truro hospital with a gunshot wound in his arm probably inflicted by the man in uniform who appears to have been GW. The man has declined an interview request from the Examiner.

Farrington is also part of a proposed class action lawsuit being filed against GW’s estate, the province of Nova Scotia, and the RCMP. Ten days ago he was one of several family members briefed on a conference call by RCMP Supt. Darren Campbell.

Farrington said he has questions he thinks only a public inquiry can answer. One of them is why policing agencies didn’t react to previous complaints from family and neighbours (so called “red flags”) about GW’s earlier behaviour.

“I don’t understand how somebody who is violent and who had multiple reports on him and yet nobody in law enforcement kept an eye on him,” Farrington said.

“Another thing that gets me is this Emergency Alert system. From what the RCMP have told me, I know it probably wouldn’t have saved my parents.” The RCMP also found evidence of gunfire inside the home where the bodies of the Gulenchyn couple were found. It’s believed to be the third location GW visited on Saturday night.

“But definitely the emergency text alert could have saved everybody on April 19,” continued Farrington. “One of my biggest questions is why would they use Twitter? I don’t use Twitter and my parents definitely didn’t have Twitter.”

Farrington is currently on stress leave and unable to work. “I suffer from severe anxiety and panic attacks,” he said. “I had it under control until this happened. I’m a loss prevention officer: I arrest people for theft. I’m just not in the right state of mind to do this job properly right now.”

He’s additionally trying to organize his mother’s affairs. “Unfortunately, my Mom was in the process of doing her will so whatever she did have, was lost with the house. Right now we are going through court to handle the administration of her estate.”

Farrington is part of a private Facebook group organized for the families of victims who have bonded over their shared nightmare.

“We lean on each other for support,” said Ryan of the group. “We call each other if someone is having a bad day. Nick Beaton (husband of Kristin Beaton, a mother and VON Employee, shot and killed in her car by GW on the morning of April 19) has been absolutely amazing. He’s really good to talk to.”