1. Halifax budget: what we mean when we say, “taxes are going up” 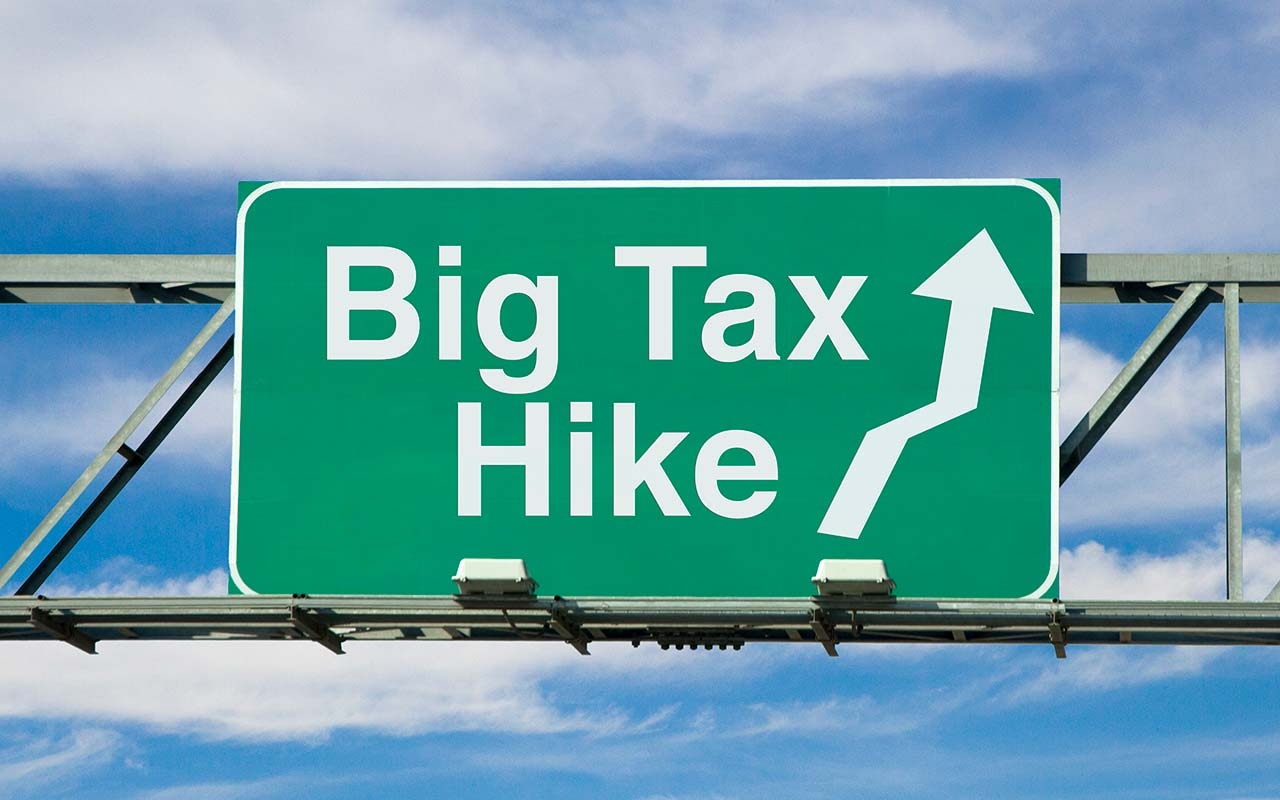 Halifax will not see a big tax hike in 2019, though average bills will go up by around $40. Council has yet to finalize the rate.

On Thursday, city council voted to approve $5.2 million worth of “extra” items for the city’s operating budget in 2019/20. The list includes things like funding another year of implementation of the Moving Forward Together plan, keeping library staffing levels, and maintaining fire services funding. Most of these items are only “extras” because councillors asked staff back in January to cut them, presumably because a small 0.3% tax rate increase would not be politically palatable.

City staff and council frame tax increases in terms of the net effect on the average tax bill, not in terms of the rate they ask people to pay. Hence you read about a 1.9% increase in taxes, which actually represents a small reduction in the tax rate, from $0.817 per $100 of assessment to $0.812. That’s because average property values in HRM went up by 2.6% since last year, increasing tax bills even if the rate remains flat.

The original operating budget proposal from staff featured a 2.9% average increase in tax bills, which would have meant a small rise in the tax rate, up to $0.82 per $100 of assessment. (Council asked in January for staff to eliminate budget items, to get that average tax bill increase down to 1.9%. That’s where the list of “extras” is coming from. It’s mostly stuff councillors asked to have cut, in their efforts to appear thrifty to voters.)

The ‘average tax bill’ way of talking about taxes makes sense on many levels, because we are talking about the changes in actual costs for residents in real terms. But it also leads to misunderstandings. When the average person reads the headline, “Residential Taxes Rising in Halifax,” which is how the Chronicle Herald framed the city budget story yesterday, it leads many people to assume that their rates are going up, when that is not necessarily the case. (Council has yet to decide how they will pay for the budget, but it’s possible the rate could remain flat, with the average increase on tax bills being about 2.3%.)

Tax is generally conceived of as a rate on some amount, which is why the percentage change on actual tax bill framing, while useful, can be misleading if not explained clearly. (We don’t tend to think of other taxes in these ‘real’ terms. When the price of bread goes up, do we tend to think of that as a sales tax increase? Not really, though we are now paying more in sales tax on that bread. Or similarly, when you get a raise at work, do you think, hell, the government just increased my income tax! Not really, though you probably do notice that the raise doesn’t work out to as much you’d hoped on your next paycheque.)

Ultimately, we should be discussing taxes in terms of both rates and actual effects, otherwise we are just feeding misconceptions and misunderstanding.

FUNSCAD, the NSCAD faculty union is due to strike as of 8:30am today. The union’s website says a rally is planned for noon. Issues in the labour dispute include salary, workload, and job security for part-time faculty.

SUNSCAD, the school’s student union, issued a statement of solidarity with the union and the strike action. But as CBC News reports, university administrators are saying what the union has asked for “simply isn’t affordable.” 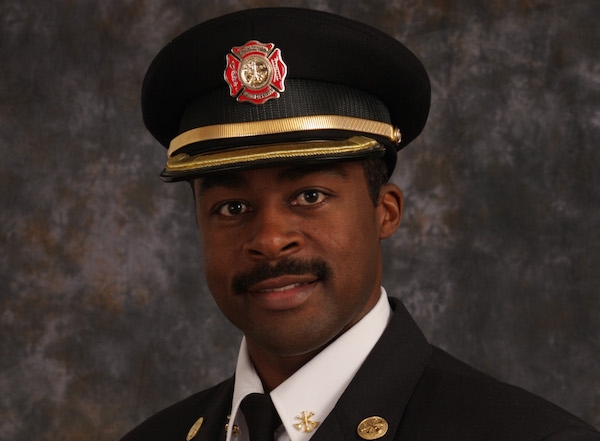 In the wake of the Barho tragedy, Evelyn White shares her conversation with new Assistant Fire Chief Corey Beals, and recalls other tragedies, including the Hogar Seguro fire in Guatemala, which killed 41 teenaged girls.

This story is behind the Examiner’s paywall. Please subscribe to read and support great Halifax writing and reporting.

4. People are defrauding the government with GST/HST rebate schemes

CBC’s Richard Cuthbertson reports on one such case involving a Nova Scotia family charged with $3.6 million in fraud offences:

If you’ve never heard of the cookbook, salad dressing, wig-making, catering, and children’s fur coat empire run by Georgette Young, her sisters Angela MacDonald and Nadia Saker, and their mother, Lydia Saker, you are not alone.

Yet, according to allegations in search warrant records, the 10 companies under their control claimed to have done $56 million in sales out of a home in North Sydney, N.S., a small business front in the nearby community of Boularderie, a local farm, and a house in Kentville, N.S.

The sales reports were impressive, at least on paper. They included 54,000 cookbooks in six months, hundreds of children’s coats sold for $1,000 apiece, and half-million-dollar orders for frozen seafood lasagna and spaghetti and meatball dinners.

All this, according to court records, even though the companies reported no employees and in many cases didn’t have bank accounts. 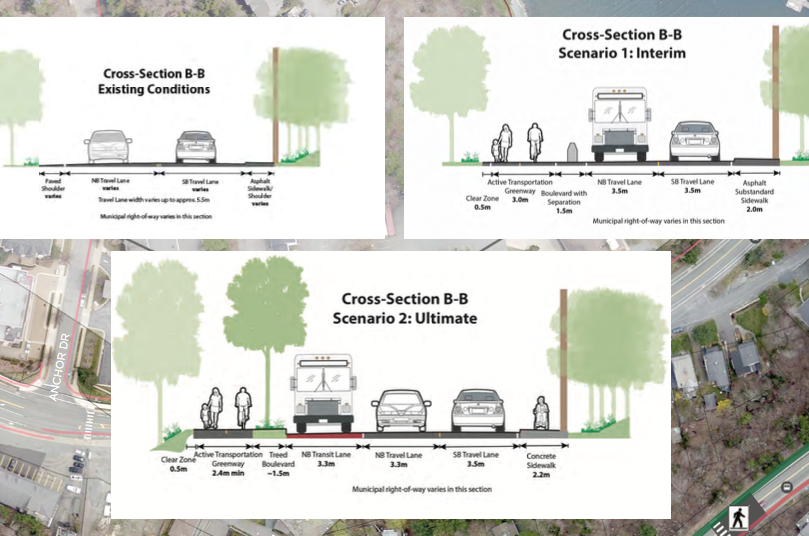 The city released proposals for changes to Herring Cove Road at a public session last night, and the plans are now available online, along with a survey to gauge public reaction. I hope to write about the plans in more detail with my transportation hat on next week, but at first glance it appears there’s a healthy amount of active transportation infrastructure featured, with new sidewalks, pathways and bike lanes. What is surprisingly minimal in the proposals are transit lanes. The city is proposing one north bound and one south bound stretch for transit priority, which seems shortsighted.

You can download the maps and weigh in online here.

Brace yourselves. Or possibly don’t, you know the drill. A storm warning several days in advance would normally not make it to the news list around here, but Frankie MacDonald tends to change my mind:

In case you are worried and planning ahead, Environment Canada says there could be snow starting Saturday night into Sunday, and then another system of snow and freezing rain on Monday. For that second one, “it’s too early to provide more precise precipitation duration and accumulation information at this time however conditions could be significant enough to disrupt transportation.”

And apparently it’s supposed to get very cold after all that precipitation, Halifax pedestrians’ least favourite weather pattern. Stay safe out there!

1. Closing the loop on Northern Pulp

The Nova Scotia Advocate published a letter from John Collins of Loch Broom addressed to federal and provincial politicians involved in the Northern Pulp mill fiasco. Collins suggests that converting the mill to a “closed loop” system is the way to go.

Contrary to Northern Pulps press releases a closed loop system remains feasible, but at a cost. Paper Excellence has a mill in Meadows Lake, Saskatchewan which discharges no effluents. The conversion would probably cost between 25% and 35% of what building a new facility like Northern Pulp would cost, and add to that the cost of a lengthy down time to convert the mill.

The product produced in such a new mill would still have the strong fibres our trees provide, but would fade yellow when exposed to sunlight. When you consider what paper towel and toilet paper are used to clean up, I really don’t think it matters much if they are yellow to begin with. 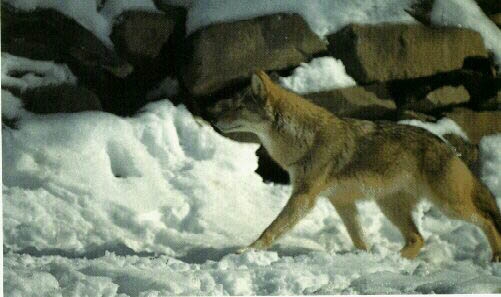 Someone on Reddit had a close encounter with a coyote on Windmill Road last night, and another Redditor chimed to confirm a sighting near Victoria Road. Be careful out there, folks, and please, if you see one, make sure to use this handy Coyote Sighting Form from the department of lands and forests.

Alexander Workshop for Singers and Musicians (Friday, 3pm, Room 121, Dalhousie Arts Centre) — Malcolm Balk, author of The Art of Running, is back.

Native Science and a Brief History of Colonialism on Turtle Island (Friday, 7:30pm, KTS Room at University of King’s College, 2nd Floor) — the keynote lecture of the Alternative Histories of Science conference. From the event listing:

Jonathan Ferrier will present a keynote lecture entitled “Native Science and Colonialism.” Dr. Ferrier is an Assistant Professor of Biology at Dalhousie University. His address will focus on native science, conservation, and the history of colonialism on Turtle Island. Discussions of these topics are rarely had and sorely needed — in science, as in all fields of study, we have a responsibility to challenge colonialism and question dominant ways of thinking.

The student-run Alternative Histories of Science conference (Saturday, 9:30-4:00pm, KTS Room) — Panels include “Cyborgs, Music and Feminism,” “Unheard Narratives,” “Re-imagining the Tree of Life,” “Science, Race and Gender,” and “As Above, so Below (The Ocean).” More info here.