You are here: Home / Featured / Something fishy going on: Morning File, Friday, December 9, 2016 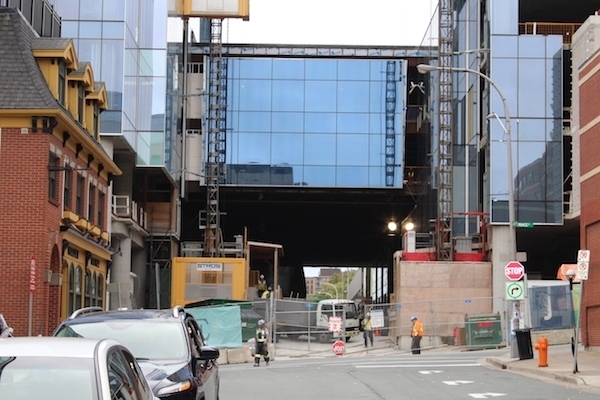 Another black eye for Halifax:

Bethesda, MD USA – December 7, 2017 — The International Society for Pharmacoepidemiology (ISPE) was notified that the Halifax Convention Centre that was scheduled to open in January 2017 will not be open in time for the 33rd ICPE on August 23-27, 2017. There is no suitable alternative in Halifax with enough space to host the conference.

ISPE staff are currently investigating alternative destinations to host the conference. As soon as a destination and dates are chosen the information will be updated on the ISPE website (www.pharmacoepi.org). The meeting will remain in North America in the second half of August. We do not anticipate that these changes will disrupt the abstract submission process which will open before the end of the year.

IPSE didn’t return my phone call yesterday, but the folks at Trade Centre Limited tell us that big conventions take five years and more to plan, so I imagine things right now are pretty chaotic at the ISPE, and there are thousands of people complaining how Halifax can’t get its act together. I’m told people in event planning circles are likewise dissing Halifax.

Undoubtedly the local organizers, who are presumably from Dal’s Pharmacoepidemiology program, are also suffering a reputational loss.

I suppose that you could argue that the size of the cancelled convention “proves” the necessity of a larger convention centre, but so far as I’m aware, this is the only one of dozens of booked conventions that couldn’t be accommodated in the old convention centre. And really, what good does it do to book gigantic conventions if you can’t finish the building for them?

For anyone who’s counting, the current announced opening date of the convention centre is now two years behind schedule. But I’m placing four chips on the “further delays coming” square.

“Halifax has stalled its consideration of options to reduce truck traffic in downtown,” reports Pam Berman for the CBC:

Phillip Davies, a transportation consultant from Vancouver, has pitched moving freight by ferry and rail to cut congestion, but his ideas will have to wait until the Halifax Port Authority completes its new master plan.

The municipality hired Davies to study trucking options before knowing the port authority was considering relocating one of its two container terminals to the Dartmouth side of the harbour.

“It’s hard for us to make recommendations about what we need to do when we don’t even really know where the port is going to be,” said David McCusker, municipal transportation planner.

“The Nova Scotia government says the lawyer who delivered the ‘unconquered people’ brief in a prominent Mi’kmaq case has been taken off the file,” reports Jon Tattrie for the CBC. “But the brief itself remains part of the government’s defence.”

Cameron argued the government’s obligation to consult with First Nations peoples in such cases only extended to “unconquered people” and that a band’s submission to the Crown in 1760 negated its claim of sovereignty and negated government’s constitutional duty to consult. 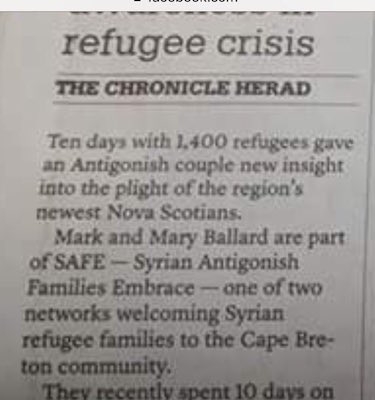 The Chronicle Herald yesterday managed both to (again) misspell the name of the paper and to place Antigonish on Cape Breton Island. 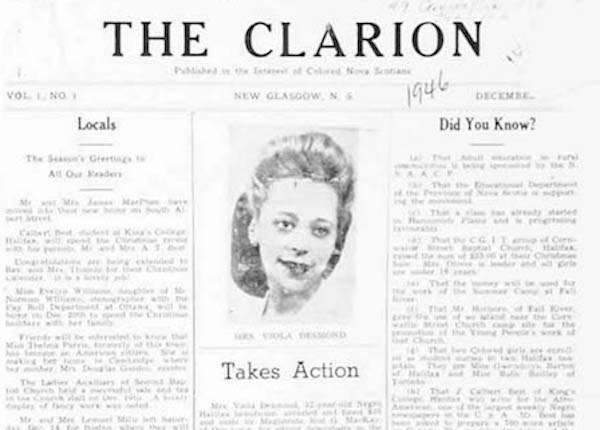 Evelyn C. White tells how Black journalist Carrie Best used her newspaper, The Clarion, to champion the cause of Viola Desmond. 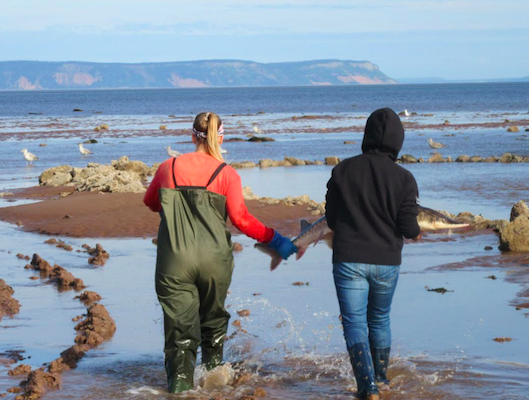 Stephen Archibald visits the Minas Basin, where he explores the conflict between the newly installed tidal generator and Darren Porter’s fish weir. He notes:

We saw a large sturgeon carried to the holding pond and understood that the catch and release of sturgeon happens almost daily.

In the distance you can almost see the turbine site. The optics are fascinating.

Darren Porter has the cleanest fishery imaginable and the scientists who advise FORCE are wise and experienced. I hope it works out well for all of us.

How could you, as a paper for the people, ever put out a poll asking “Besides a dumb tree, what else should Nova Scotia send to Boston every November?” (Survey Says, November 24). Let alone include options like a box of Pot of Gold chocolate, or a statue of “Ben Affleck shaved out of donair meat.” Ask anyone still alive the gratitude that they had for Boston during Nova Scotia’s greatest time of need. You, sir, are a pig. I would send every tree to Boston if asked.

Nothing much going on. 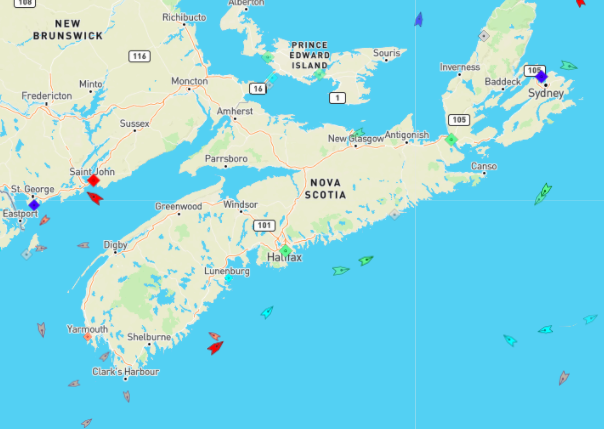 Gift subscriptions to the Halifax Examiner are now available, and anyone who buys a $100 gift subscription will receive a free T-shirt — give it as a stocking stuffer or be the stylish one yourself.

Proud long-time subscriber here. I don’t have an Examiner T-shirt, but I made my own nifty Examiner sweater. I thought I’d send the pic along. 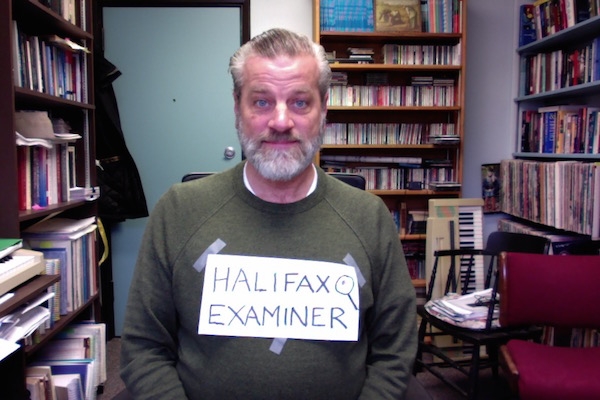 Ahem. I guess you can make your own sweater or T-shirt… but if you want the real deal, contact admin person extraordinaire Iris at iris “at” halifaxexaminer.ca.

(Send me a photo of yourself in an Examiner shirt and I’ll publish it.)

Unfortunately, it’s ridiculously expensive to mail T-shirts, so it’s not possible to sell them at a reasonable price without an accompanying subscription purchase.  (I don’t understand why Canada Post makes this so difficult — it costs less to mail a shirt from Halifax to Arkansas than to mail a shirt from Halifax to Dartmouth — but that’s a question for another day.) However, I’ll soon haul the shirts out to some bar and folks will be able to stop by and buy them in person.