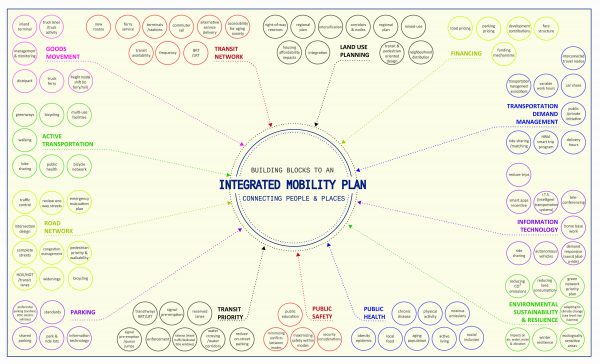 In theory, having an overarching and integrated game plan for transportation should change the way the city thinks about all these issues, relegating them to pieces of a grander puzzle. “An important question is how each component relates to other plans,” [city planner Bob] Bjerke says.

This article is behind the behind the Examiner’s paywall and so available only to paid subscribers. Click here to purchase a subscription.

“The missing evidence at a Halifax Regional Police station isn’t sitting well with a Nova Scotia family who has spent decades trying to right what they’re calling an injustice,” reports CTV:

For over 30 years, the Fitzgerald family has fought to clear the name of Gordon “Paddy” Fitzgerald, who was sentenced to six years for rape.

The high-profile criminal lawyer and politician professed his innocence until his death two years ago.

Fitzgerald’s daughter, Allison Jones, collected Fitzgerald’s DNA before his death and wants it tested against evidence presented at trial; the trial happened before DNA testing was invented. That evidence, however, is missing. This is not a case of the police department losing evidence, but rather of normal court procedures:

According to the courts, after the completion of a case and the time for an appeal has expired, exhibits are either returned to their owners, sent to the Nova Scotia Archives, or destroyed.

“There should be something that states that they’ve been destroyed or where they went from the trial,” says Jones.

I’ve run up with this exact situation for Part 5 of the DEAD WRONG series (yes, it’s coming). I understand that evidence can’t be held forever, but it would be helpful if we knew how, and even if, it was disposed of. 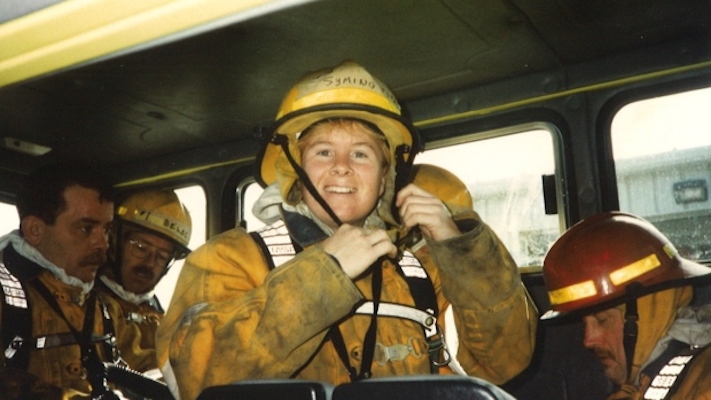 “Some female firefighters within the Halifax Regional Fire Department allege they have been bullied and harassed because of their gender,” reports Stephanie vanKampen for the CBC:

They describe a toxic work environment, abusive behaviour, and being devalued and demeaned by their male colleagues.

The Human Rights Commission said in May that it is also holding an inquiry into claims of systemic gender discrimination within the Halifax Fire Department. 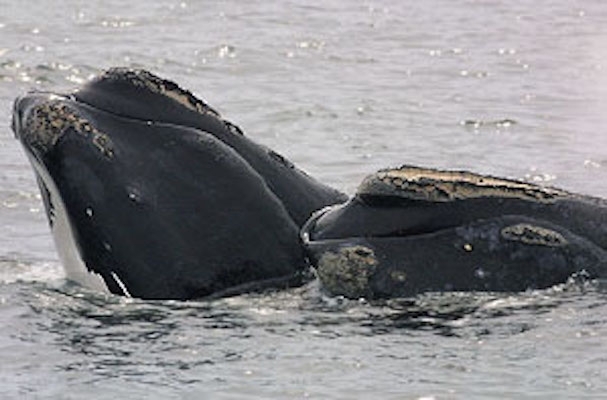 At least some of the missing whales have been found. You’ll recall that all 500 of the world’s North Atlantic right whales disappeared earlier this year, failing to show up at their regularly scheduled Bay of Fundy feeding grounds. But, “over the past few weeks, scientists have heard evidence that endangered North Atlantic right whales are swimming off the coast of Nova Scotia,” reports Chris Lambie for Local Xpress:

The right whales were first heard on June 28.

The low number of whales heard so far is not indicative of a good year for the right whales off our coast, Davies said.

“We’re going to have a number of aerial surveys and vessel surveys going out looking for these animals. So we hope to learn more as the summer goes on.”

As I’ve said before, Lambie is doing some excellent science reporting at Local Xpress. 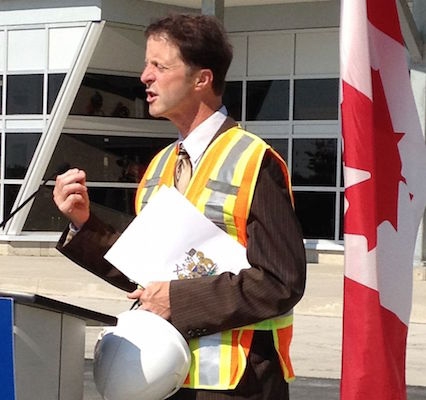 “Charlottetown’s mayor is standing by his man,” reports Sara Fraser for the CBC:

Mayor Clifford Lee finally spoke out about today about beleaguered city CAO Peter Kelly, after some officials with the last municipality Kelly worked for claimed last week that he authorized hundreds of thousands of dollars in municipal spending without council’s knowledge or approval.

Lee said he communicated via email with the reeve of Westlock County Bud Massey, who assured him Kelly is on the right side of the law, and that the overspending on the real estate project was overseen by another employee.

“I questioned [the reeve] about the CFO’s comments in the media as well. His comment to me is, ‘She is dead wrong in what she has said,'” said Lee.

Lee has no plans to further delve into the matter by talking with the CFO who tabled the report detailing the unauthorized spending.

“Who does one believe? At this point in time, in most worlds in municipal government, the mayor/reeve speaks for that municipality,” said Lee. “It makes you wonder what really is happening in that community out there.”

I was in Charlottetown once. Nice place. Home of Confederation. There’s that fancy church, and you can bet on the ponies. The people were kind, and helpful. I wouldn’t wish ill upon them, but boy howdy it’s going to be great fun watching this train wreck unfold.

Oh, and back in Westlock County, still more details of Kelly’s financial malfeasance are emerging. The newest information relates to work done at a ski facility leased by the county, reports the Westlock News:

The invoice from NCV Industrial, the company hired to lift the chalet in 2015, included $63,354 worth of extra work, plus an outstanding balance of $28,605 from the initial contract.

According to a briefing to council, former CAO Peter Kelly approved the extra work and did not seek council approval.

A few years ago a Charlottetown woman, Mrs. Madrien Ferris, asked a question of the Royal Canadian Legion through a letter to the editor. Was she permitted to wear her late husband’s medals on her right breast while attending a Remembrance Day Service? The Legion promptly told her no, it was against the law under section 419 of the criminal code.

Now, I’d like to ask another question of the Legion. Please explain to me the following. While it is against the law for a widow to wear her late husband’s medals, medals actually earned in the service of his country, it is quite legal for any Legion member, with no requirement to be a veteran, to purchase legion medals for the lowly sum of $25 each.

These cheap tin medals can then be legally worn on the right breast to all legion functions. The latest reason the Legion offers for support of section 419 is this: To allow a widow to wear her late husband/veterans medals, dilutes the value of those medals.

I’m having a great deal of trouble understanding this Legion policy of support for such a law. Surely we do not buy our medals, we earn them, often the hard way. Allowing non-veteran to wear a right chest full of $25 medals is clearly the only dilution I see.

Not much going on at the universities this week. 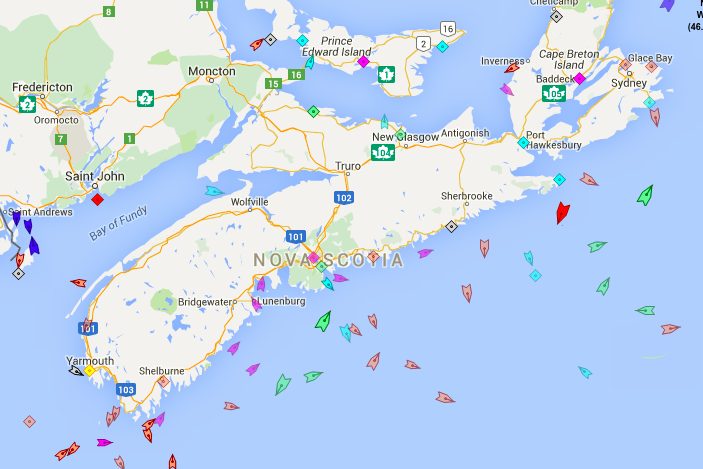 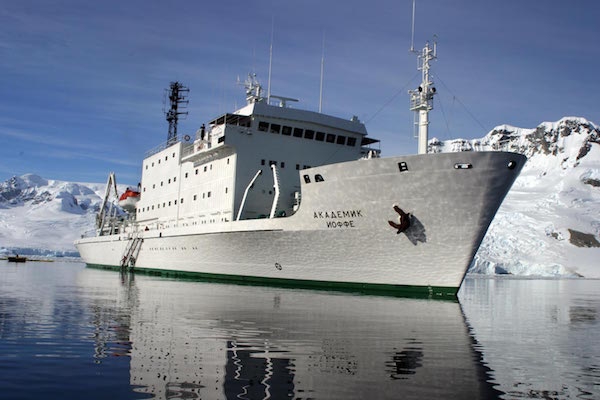 The Akademik Ioffe, which pulls into port this morning, is a former Russian Arctic research vessel refitted as a 96-passenger luxury liner; it is in Halifax to prepare for a nine-day cruise that starts and ends in Louisbourg, with tickets starting at a mere $3,000 per passenger. Next week, nearly 100 people will be tramping around Sable Island as they “even encounter the fabled wild horses of Sable Island.” 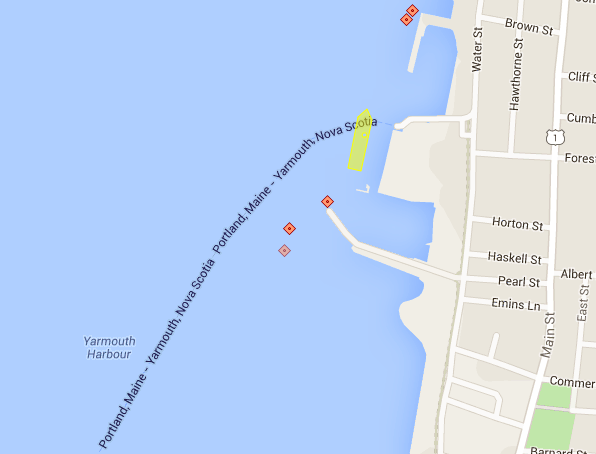 The map above shows the Yarmouth waterfront at 8:10 this morning, a half hour before the Yarmouth ferry departs for Portland. The ferry is that yellow blob, which is hilariously (to me, anyway) still registered as the HSV Alakai, the Hawaiian word for “guide.”