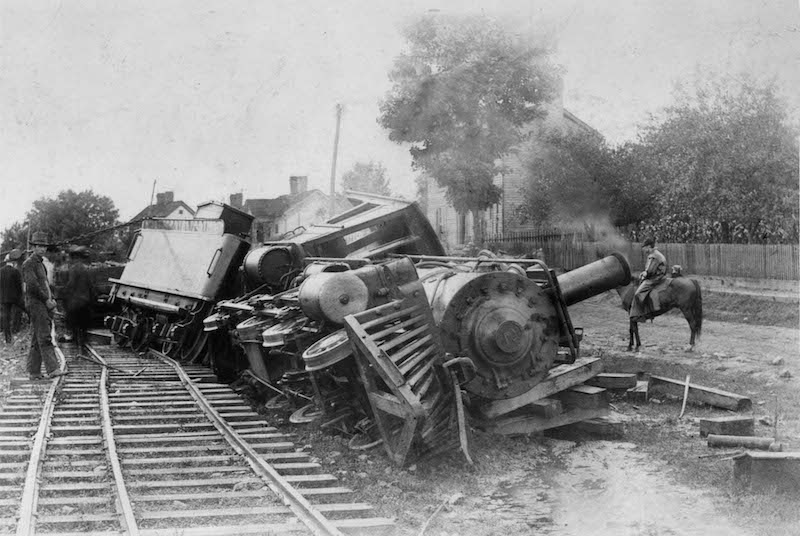 Yesterday, the province released the public accounts for the 2013/2014 fiscal year, which ended on March 31. The financials could keep curious reporters busy for months (see below), but of highest interest is the performance of Trade Centre Limited, the crown corporation that runs the convention centre and the Argyle Street office tower above it, and manages the Metro Centre for the city. And the numbers aren’t good at all.

Specifically, total operating revenues dropped just over a million dollars, or over seven percent, from $13,731,000 to $12,729,077. The convention centre itself saw a drop of about $275,000 in revenue, or about five percent. That loss was “due to a less active local and regional event roster than anticipated,” explained the annual report. Local and regional events don’t, or at least shouldn’t, reflect overall claims of economic impact from the convention centre, so there’s more analysis that needs to be done.

Revenues from the office tower also dipped about six percent, or $153,000, “due to unexpected provincial tenant vacancies,” says the report. City taxpayers should pay special attention to the office tower. In past years the province has given a back-door subsidy to TCL operations by putting various provincial government offices in the office tower, including Nova Scotia Business, Inc. and others. But when the new convention centre opens in the Nova Centre, the city will be required to buy the current TCL tower, and so the province loses any incentive to lease office space in it. Already, the province is moving offices out of the tower; as I recall, its Communities, Culture and Heritage department recently moved out, creating a 10 percent vacancy rate in the tower. The open question is: Will the province move its other WTCC tenants to the Nova Centre, in order to prop up that office tower? If so, the city is going to be stuck with an old empty office tower, in a rental market that (as I explained Wednesday) is collapsing. TCL now brings in about $2.5 million in leases to the tower; if the city loses, say, half of that, we’re talking $25 million over the life of the new convention centre, not counting the sale price of about $12 million, untold renovation costs, maintenance, etc. The office tower is going to be a huge expense to the city; that expense won’t be included in the calculations showing the failure of the new convention centre, but it should be.

TCL shows that total income was $772,303 over total revenue, but it’s important to note that the revenue reported includes a whopping $1,559,533 transferred to TCL—$1,259,533 from the city, $300,000 from the province—for marketing the new convention centre. In past years, however, marketing for future conventions was paid for out of TCL’s normal operating budget; it’s hard to see why this “extra” money provided by the governments shouldn’t be considered a loss; without it, TCL would’ve lost about $800,000 last year. In future years, such operational losses will be split between the city and province, $400,000 each. Of course a bigger convention centre could have much larger losses.

TCL argues that the new convention centre will bring in more conventions, making all the numbers rosy. We’ll see. For myself, this is like watching a train wreck in slow motion: I see the train, coming around the bend. I see the broken track, the chemical plant, the elementary school. But there’s nothing to be done: all the warnings have been issued, but the train keeps coming, the town officials oblivious. So I watch.

Finance Minister Diana Whalen announced that this year’s deficit is $680 million, and the debt has reached $14.8 billion. No doubt that will be fodder for all sorts of political arguments, most of them bad, so let me be the first to say we should build two new convention centres. That’ll solve all of our problems.

A woman alleges that David Sparks, an administrator for the Justice For Lyle Howe Facebook group, violated the publication ban on reporting Howe’s victim’s name. The post was taken down a few hours later, but a Reddit user captured a screen shot of it, and posted a redacted version of it.

4. Irving: stay in the Maritimes and work for me

You know what would get people to work for you, Jim? Cash. As in, increase your pay already, provide good benefits, and above all job security instead of the constant on-again-off-again layoffs. People aren’t stupid, and lecturing them just pisses them off. Especially when you lecture your own employees about staying to work for you.

1. No humans at airport

Lezlie Lowe rewrites my airport rant, but without the obscenities.

No public meetings. However, there’s interesting news on the archival front. Last week, council accepted a $15,000 grant from the province, and added the city’s own $5,000, in order to digitize records at the Archives. This morning, the city has put out a tender looking for someone to do that digitalization, and the tender document specifies the records, as follows: 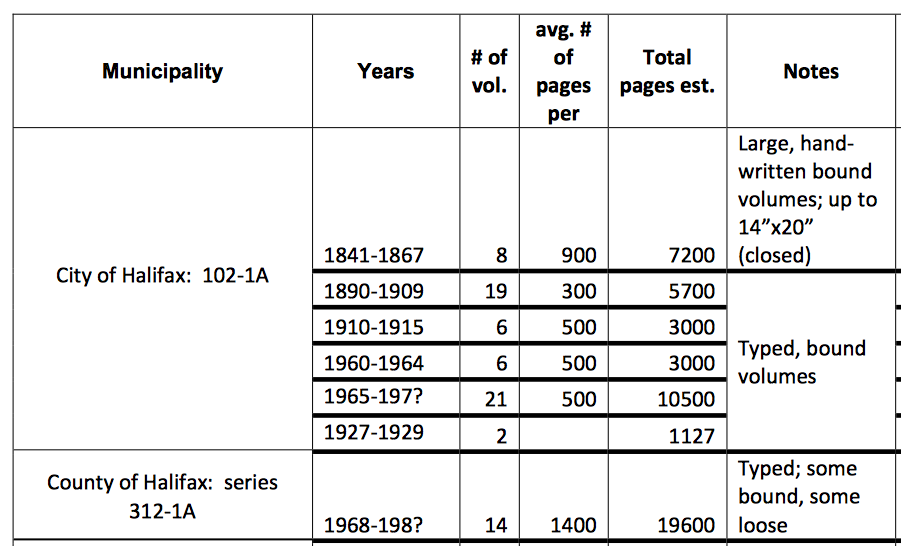 The digitalization must be completed by April of next year. After that, these records will be available via the city’s web site, which will be a huge convenience to researchers.

PhD defence, Philosophy (10am, Room 3107, Mona Campbell Building, 1459 LeMarchant Street) —PhD candidate André Warren Heiti will defend his thesis, “An Ethics of Attention.” Don’t go unless you can pay attention, because not paying attention would be unethical.

The release of public accounts yesterday provides a gold mine in data for the curious, which hopefully includes one or two reporters. Honestly, a J-school class could devote an entire semester to pouring over the numbers. Here’s a quick one I saw yesterday: The province paid IBM $14 million last year, far above the $8 million SAP contractual price. I’ve asked about the payments, got some unsatisfying answers, and will report on it later today. But this is just the tip. Have at it, folks.

Yesterday, some kid was carrying a BB gun while walking down Clements Street in Dartmouth. This spooked a woman, who called 911, and next thing you know there’s a gazillion cops zooming around and Bill Zebedee isn’t allowed to go home. The Dartmouth Marksmen Association‘s shooting range is on Clement Street, so would’t you kind of expect people to be carrying around guns in the neighbourhood? Anyway, after a few hours the police department sent out the following release:

At 5:45 PM –  HRP received an anonymous complaint of a young white man carrying a firearm in the Clement St. area in Dartmouth, the complainant stated that the subject had entered an address in the 0-100 Block of  Clement St. Patrol officers and members of the HRP Emergency Response Team arrived on scene and set up containment on the residence. Patrol officers notified occupants in nearby homes of the potential danger and requested they shelter in place until the situation was resolved. HRP Crisis Negotiators were brought to the scene. During this initial police response a man fitting the suspect’s description came to the door of the residence in question, he was challenged by ERT members and subsequently taken into custody without incident. Further investigation determined that the 19 year old man had been carrying and was in possession of an air soft pistol (plastic BB gun). It has been determined that no charges will be laid in this matter.

This situation should serve as a reminder  to all that these types of realistic looking weapons should not be carried in public setting as they can cause upset in our communities, as well as unnecessarily tying up emergency responders.

This is how things go, and I’m glad I don’t live in Texas where people carry around real guns to prove some sort of unintelligible point.

But why is the word “white” in the release? What purpose does bringing race into the equation serve? I understand when racial descriptions are useful in identifying suspects on the loose, and giving a description of the suspect, including apparent race, may be helpful in jogging the public’s memory or otherwise apprehending the suspect. But in this instance there is no suspect on the loose. There’s just some stupid kid, who was found and determined not to have broken any laws, so not charged with anything. It doesn’t matter if he’s white or black or Asian or whathaveyou; that information doesn’t serve any useful purpose.

This instance is an exception to the normal needless reporting of race, which almost always involves black people, while white people are usually left without racial descriptors. There is of course an underlying race consciousness in our society, which is just a fact. But especially around issues related to crime, which can be and are racialized in harmful ways, police agencies and media alike should develop policies around when reporting race is appropriate, and when it’s not.