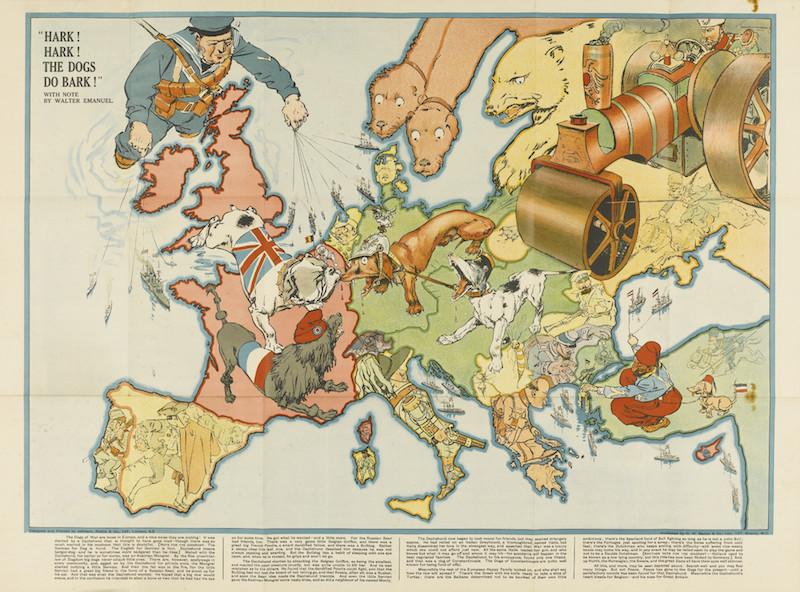 The Trust had asked for a judicial review of the city’s approval of Nova Centre, and developer Joe Ramia then countered with a SLAPP suit against the organization, asking for damages from each of its directors personally. The Trust’s directors are mostly pensioners on fixed incomes. As court papers were flying back and forth, 300 developers and business people, including the publisher and owners of the Chronicle Herald, signed a full page ad in the Chronicle Herald castigating Heritage Trust.

Last week, Heritage Trust sent out a cryptic email simply stating what its mandate is, and yesterday it released a two sentence email: “We are pleased that these legal proceedings are behind us. We have no further comment.” The group has dropped its suit, and presumably Ramia will do likewise. There’s no word on what terms were reached.

But there remains the Thiel family suit asking for a court ruling that the province broke the law in granting Nova Centre exemptions to the city’s building and planning regulations. I’ll wait patiently for developers and business people, and the publisher and owner of the Chronicle Herald, to take out a full page ad castigating the multimillionaire Thiels.

Dan and Marlene MacDonald, of Moncton, have bought the two book stores. They plan no changes and will keep the staff.

The Spring Garden Road library will close at the end of the month, as staff starts moving stuff across the street and prepares for the opening of the new library later this fall.

The Planning and Design Centre is going to open a “pop-up storefront” on Barrington Street. They didn’t  say, but I’m guessing they chose the Barrington Gate building for their storefront because it’s a great example of how terribly wrong planning and design can go.

Yesterday, the Halifax Examiner called out the Chronicle Herald for failing to disclose that business columnist Peter Moreira benefits financially from promoting the companies he discusses in his column. This article is behind the Examiner pay wall and so is available only to paid subscribers. To purchase a subscription, click here.

In a remarkably opinion-free opinion piece, Claire McIlveen discusses the possible opening and exploitation of the Donkin coal mine. Since she won’t say it, I will: every time we open a new mine or well, and every time we frack open a new fissure to get access to gas, we’re that much closer to Armageddon. Existing wells and mines don’t shut down until they’re no longer viable economically, and even then they can be easily re-opened when prices go up, so the only hope in staving off irreversible and cataclysmic climate change is to stop creating new opportunities to mine fossil fuels. But let’s be honest: no one cares. We’re simply going to destroy the planet. We know we’re doing it, and we don’t care, because there’s short term profit to be made. That’s our legacy.

3. Beauty in the ugly

Stephen Archibald walks around downtown and finds beauty in a bunch of stuff I find extremely ugly. Maybe I’m just in a mood this morning, but come on: the law courts building? The sooner that sucker is blown to smithereens, the better.

Design review committee (6pm, City Hall)—The committee will take a first look at a proposed eight-storey, 63-unit residential building with ground floor retail at the northwest corner of Hollis and South Streets, and a nine-storey, 164-unit residential building for the Margaretta site on Clyde Street, across from the new library. No word on who’s going to live in these buildings, or why it makes sense to keep building more apartments and condos when the bottom’s falling out of the real estate market.

The committee is also being asked to give retroactive approval to renovations at 1721 Brunswick Street, the former Palace bar that has been transformed into HFX Sports Bar & Grill. “These renovations have already been completed and therefore development approval is now being sought,” reads the staff report, because that’s how things roll in development circles.

The former Dairy Queen site at South Park Street and Spring Garden Road will be repurposed for the existing Eastlink store, with bigger signs and windows.

No public meetings. I used to simply put “no meetings” in this space, but added the “public” after a provincial employee complained: “we have meetings all the time,” she said. “You just can’t come.”

Last night I was absent-mindedly scrolling through the mapporn subreddit and found the wonderful image above, which is labelled “Hark! Hark! The dogs do bark!” created by Walter Emanuel in 1914, just as Europe was erupting in the most asinine, stupid war ever imaginable. In the text, Emanuel compares warmongers to dogs, which is probably a slight on dogs, and ends with this remark: “All this, and more, may be seen depicted above. Search well and you may find many things. But not Peace. Peace has gone to the Dogs for the present.”

Actually celebrating that asinine, stupid war is beyond perverse.

First visit to Halifax for Bahri Yanbu, which operates for the Saudi
national shipping company.

The DRDC Barge returned to the Bedford Basin yesterday. It is used
for acoustic testing.

Mary Ellen Planetta has registered Elle’s Bistro for 1678 Barrington Street, which is the former Just Us! coffee shop space.