Five shots and only five shots were fired by two RCMP officers during a controversial shoot-out at the Onslow Belmont Fire Hall in the midst of a manhunt for a mass killer last April 19, according to Felix Cacchione, director of the Serious Incident Response Team.

No criminal charges will be laid against the police for careless discharge of a firearm because, according to SIRT, they had “lawful reason” to believe the police officer wearing a reflective vest standing near the cruiser parked in front of the fire hall was their suspect, a murderer whom the Examiner refers to as GW.

The shooting appears to have resulted from a case of mistaken identity which might have been avoided had radio communications worked properly but they did not. Instead it was “shoot first and ask questions later.”

SIRT cleared the two officers and neither the volunteer firefighters inside the hall nor the EMO official and policeman outside were physically injured during the gunfire. But photographs taken of the vinyl siding on one wall of the hall and the amount of damage to the fire truck inside have raised questions about whether more than five bullets were involved. 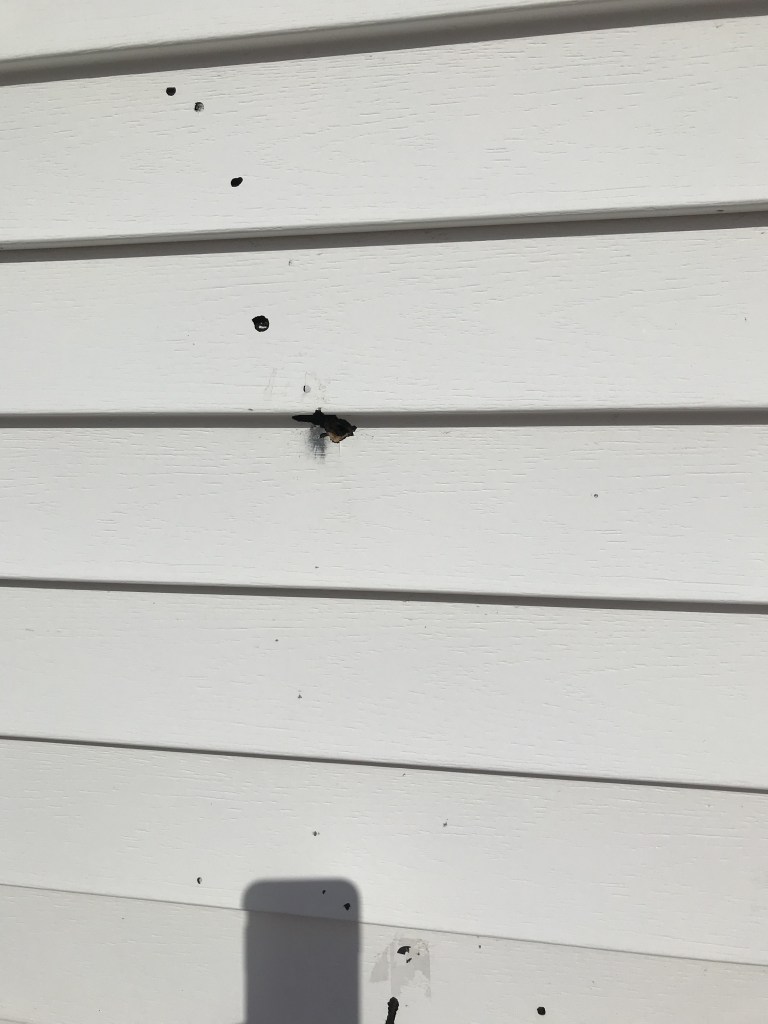 The Examiner raised those and other questions in an article earlier today.

In an interview, Cacchione said “many of the black holes or punctures on the vinyl siding were caused by shrapnel.” Cacchione said SIRT received a ballistics report confirming only five shots were fired, despite the amount of damage.

“There were five spent casings on the side of the road where the officers discharged their firearms. The weapons that were used were seized and photographs were taken of the weapons, their magazines, and the bullets still in the magazines. One magazine was short one bullet and the other was short four bullets from full capacity,” Cacchione said.

“There were three puncture holes right through the walls of the fire hall,” he continued. “One shot went through a side window of the firetruck and one caused some damage to the fire engine.”

The RCMP have paid the fire brigade for the cost of repairs to the truck. The director of SIRT says the ballistics report can be accessed through a Freedom of Information request. The RCMP officers who discharged their weapons had been transferred to administrative duties pending the outcome of the investigation.